Ari Aster’s Hereditary has been rightly hailed as one of the greatest and scariest horror films of all time. With that said, its deeply disturbing ending has left more than a few moviegoers scratching their heads in confusion. Just what the hell is going on?

While Hereditary‘s final act is undoubtedly effective, it is also highly inscrutable. From Annie’s freaky self-decapitation to the sudden manifestation of leering ghosts to Peter’s ascension into Hell’s tree house, it’s a relentless assault of one bat-shit crazy image after another.

This is not necessarily a bad thing (it could be argued that the unknowable nature of the ending makes it all the more frightening.) But there are always some people who prefer to have everything explained in detail – and that’s okay too.

If you want to understand precisely what transpired in the Graham house on that awful night, it helps to know a little about 17th century demonology. Natch.

Who or what is Paimon?

At several points during the movie, an entity known as Paimon is mentioned. This is a spirit or demon that appears in a number of Medieval grimoires (AKA spell books), including the Lesser Key of Solomon, Pseudomonarchia Daemonum, Book of the Office of Spirits and Dictionnaire Infernal. If you were a freaky wannabe necromancer in the 1600s, these books would have definitely been on your pull list.

According to grimoire lore, Paimon is an agent of Lucifer, described variously as a duke of the underworld, a fallen angel and king in the West. He was said to rule 200 legions of spirits and had the power to grant otherworldly riches to anyone who summoned him.

To perform a summoning, the occultist was required to first draw the Seal of Paimon:

Here’s an excerpt from The Lesser Key of Solomon, which was written by an anonymous author (ooh, spooky!) in the mid-17th Century. We’ve emphasized certain passages that relate directly to the film’s ending:

The Ninth Spirt in this Order is Paimon, a Great King, and very obedient unto Lucifer. He appeareth in the form of a Man sitting upon a Dromedary with a Crown most glorious upon his head. There goeth before him also an Host of Spirits, like Men with Trumpets and well sounding Cymbals, and all other sorts of Musical Instruments. He hath a great Voice, and roareth at his first coming, and his speech is such that the Magician cannot well understand it unless he can compel him.

This Spirit can teach all Arts and Science, and other secret things. He can discover unto thee what the Earth is, and what holdeth it up in the Waters; and what Mind is, and where it is; or any other thing thou may est desire to know. He giveth Dignity, and confirmeth the same. He bindeth or maketh any man subject to the Magician if he so desire it. He giveth good Familiars, and such as can teach all Arts.

He is to be observed towards the West. He is of the Order of Dominations. He hath under him 200 Legions of Spirits, and part of them are of the Order of Angels, and the other part of Potentates. Now if thou callest this Spirit Paimon alone, thou must make him some offering.

The film’s nightmarish conclusion begins to make a bit more sense in this context. The unexplained ghosts that appear in the attic are presumably spirits under Paimon’s thrall, while the crown placed upon Peter’s head symbolises his transformation into Paimon.

Likewise, the incantation chanted by Joan and the other satanists is straight from the Lesser Key of Solomon: they specifically ask for “good familiars” (demonic servants that usually take the form of animals) and to be taught about arts, science and world secrets.

Also of importance is the phrase “thou must make him some offering”. Other grimoire texts state that a sacrifice must be made to summon Paimon – this could be Ellen (who had been smuggled into the attic with the Seal of Paimon above her corpse) Steve (who fell victim to spontaneous human combustion) or Charlie (who’s severed head was affixed to the effigy of Paimon in the tree house.)

It can be deduced that Paimon fleetingly possessed Annie before purposely expelling himself (along with Annie’s noggin) to enter Peter’s body instead. All of this was made possible by Annie’s mum Ellen, who had been pulling the strings from beyond the grave to fulfill her family’s maleficent destiny. Everything from Charlie’s fatal ‘accident’ to Annie’s grief-stricken experiments with the occult were orchestrated by Ellen’s spirit. 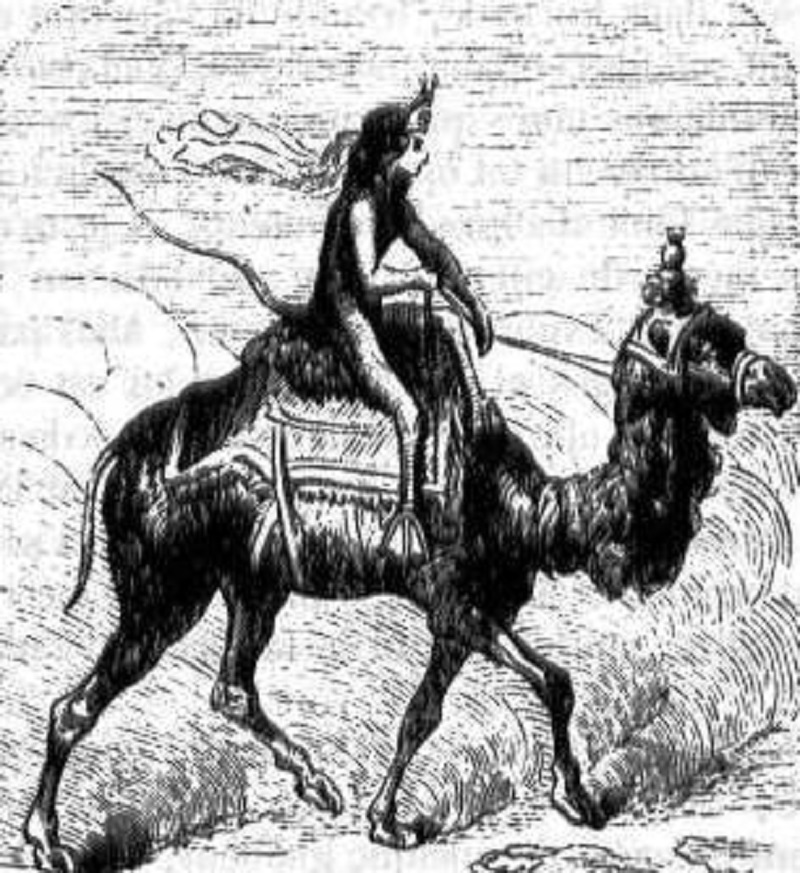 This leaves us with one unanswered question: why did Peter need to turn into Charlie before he could become Paimon? The answer is simple: Charlie is Paimon.

As explained by Joan, Ellen had been preparing for the coming of Paimon through her own bloodline, but for some reason, the demon ended up merged within a girl’s soul which was undesirable to him.

Charlie-cum-Paimon therefore needed to be transferred to her brother’s body to make the demon more amicable to the satanists’ wishes.

Interestingly, Paimon’s sex is also fluid in historical texts: he is described as having a woman’s face yet is always referred to as “he”. He is also depicted in some manuscripts as a young woman riding a camel.

Personally, I think the decision to steep the film’s horror in real-world beliefs and superstitions was a stroke of genius. Like The VVitch before it, it gives the film a chilling authenticity that belies the ridiculous goings on.

P.S. If you’re reading this late at night, Charlie is hiding in your bedroom.

10 Hardcore Horror Films To Watch On Friday The 13th

So you think you can handle anything a horror film can throw at you? We wouldn't be so sure. To celebrate this Friday the 13th, we've assembled a list of the most extreme horror movies ever created. We dare you to watch this lot back-to-back, alone in the dark.