Why Gmail’s New ‘Snoozing’ Tool Is A Terrible Idea

Did you get the new Gmail update yet? (If not, see if there’s a Try the new Gmail option on the web settings menu.) One of its major new features is the ability to snooze emails, something we’ve seen in various apps before. We’re here to tell you why snoozing is bad, why you should avoid it, and what to do instead.

At first, snoozing emails seems like a magic fix for powering through your inbox in record time, but that’s because you’re not actually doing anything much at all – you’re deferring the responsibility of dealing with emails to a later time, for your future self to sort out.

Sure, you might feel like you’re accomplishing something if you hide away an email until you’ve got time to deal with it, but chances are there are already enough emails hitting your inbox without them circling round twice or even more times. It’s like queueing up articles in a read-it-later service: Good for clearing the decks now, but what about later? 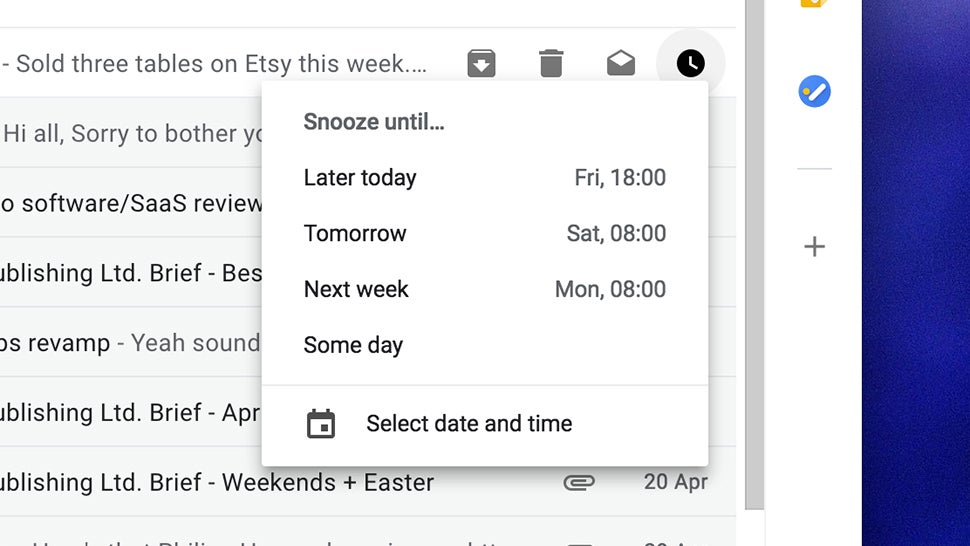 The implementation in the new Gmail on the web is rather nicely done. Hover over a thread, click the clock icon, and you can snooze a message for a day, a week, until the weekend, or until a time and date of your choosing. But what happens when that time comes? The buck has to stop somewhere.

We can imagine snoozing being handy for messages that you can’t take action on until something else has happened first, so maybe you dismiss an email asking for a report on a meeting until you’ve actually had the meeting. But snoozing emails just to get to inbox zero faster isn’t productive at all – in fact it’s less productive, because you’ve got the extra step of deciding when you want the email to return, before you finally deal with it.

How To Master Gmail's New Features

The new Gmail has landed and you can get it right now. You're likely very comfortable with Gmail's previous iteration, but the new one has a host of features that aims to make your digital postbox a lot more easy to manage. </p> <p>Here's the new features you'll want to master.

What to do instead

Some 40 years after we first started emailing each other, we’re still waiting on a magic formula to deal with email overload – there’s no quick fix here, but there are techniques and tools that can help. Gmail itself has a bunch of useful features, both old and new, that can prove to be far more effective than snoozing messages.

To begin with, make sure you’ve set up Gmail tabs so Google’s algorithms can keep the least important messages away from your primary inbox. Click the cog icon (top right) then Configure Inbox to enable the tabs you want to see. You might still get hit by a deluge of email, but at least it will be neatly sorted, and you’ll have a better idea about what can be ignored. 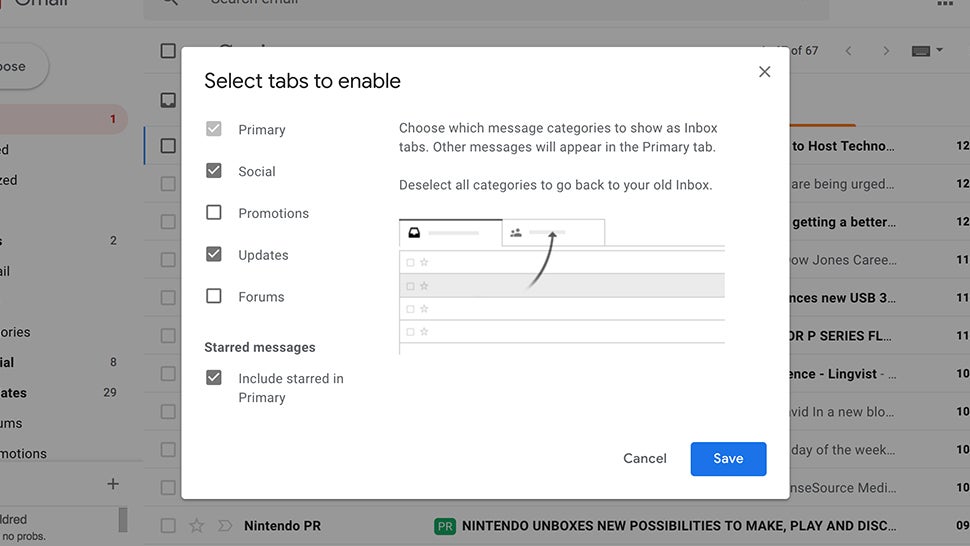 If Gmail gets it wrong, drag emails between tabs (or select an email then click the Move button at the top). You can also select an email, click the More menu (three vertical dots) then choose Mark as important from the pop-up list to tell Gmail about the messages that you really care about.

Depending on the amount and type of email you get, filtering important messages into your primary tab rather than filtering unimportant messages out can often be more effective. Gmail has of course had filters for ages but setting up dozens of them to fit any given scenario can be daunting. 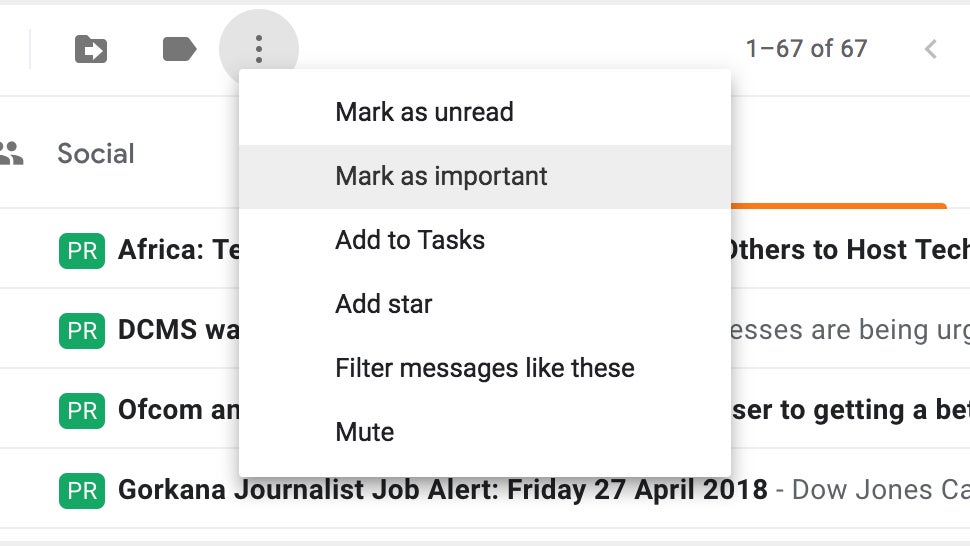 Try starting small with the emails most vital to you or your work. Open an important email, click the More menu (three vertical dots to the right), then Filter messages like this to create a filter that always marks similar messages as important. You can also create filters from any Gmail search using the drop-down menu underneath the search box.

You don’t want to waste hours creating endless filters but you can easily set up a handful of ones that cover emails coming in from your work domain – “from:(@gizmodo.com)” for example — or from your bank. If your closest friends haven’t yet moved to contacting you on messaging apps, you can add them too. 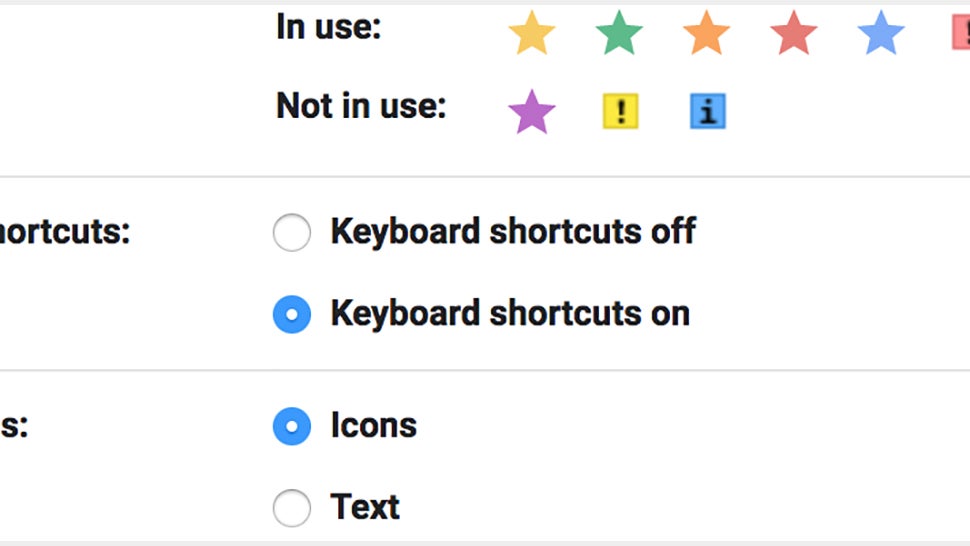 One of the biggest improvements you can make to your email workflow is enabling keyboard shortcuts. Click the cog icon (top right), then choose Settings, General, and Keyboard shortcuts on. You’ll soon be powering through your messages on muscle memory alone.

Just as shortcuts can save you time in Photoshop or anywhere else, they can do the same in Gmail. You can mass select messages by clicking the first then using a Shift+Click on the last, or by using the Select all tick box in the top left-hand corner. You can use E to archive messages, Shift+I to mark them as read, and + or = to mark them as important. With the square [ and ] brackets you can archive an open message and move forward or backward to the next one automatically. 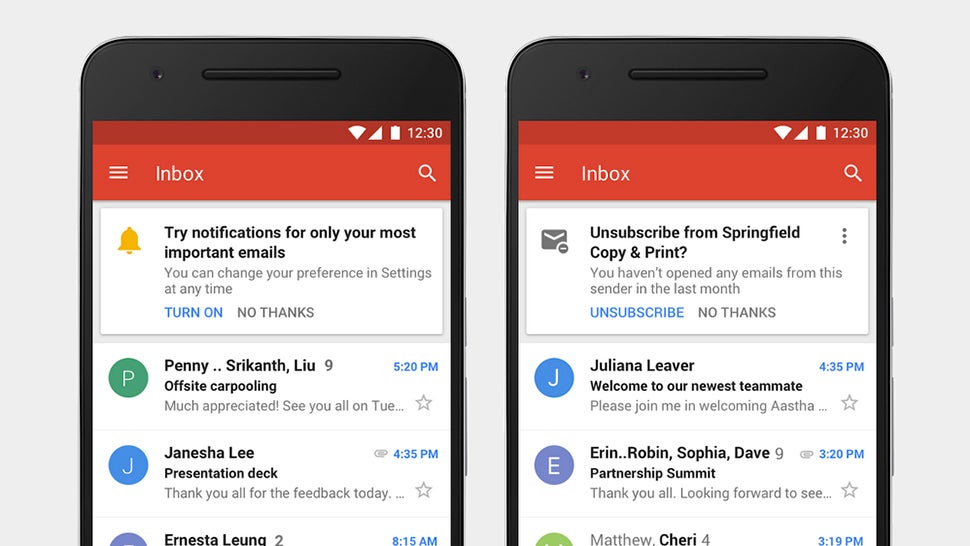 Cutting down the email at source is often more effective than you think it might be too — Gmail has long had an Unsubscribe link at the top of newsletters you can use to stop them from cluttering up your inbox, and in the new Gmail on mobile this is going to appear more prominently.

Also new in the Gmail mobile updates: The option to only get notifications for important messages, which ties in with what we’ve already talked about. Both these new features on Android and iOS should make managing your messages easier without you having to really do anything different. 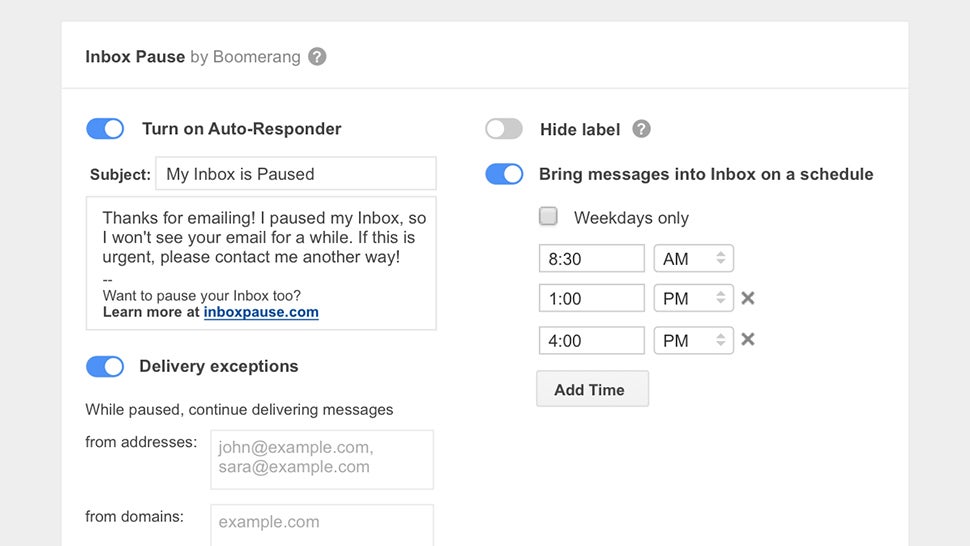 Other angles worth exploring are those strategies that don’t really have anything to do with your email program, or filters, or snoozing. Motherboard’s Jason Koebler recommends writing down email-related jobs rather than keeping your inbox open all day, for example. You can also pause emails in Gmail (and Outlook using Boomerang), which puts you more in control of your time.

And that’s the inherent problem with too much email – it often has us dancing to its tune rather than the other way around. Putting down limits for what times you deal with it and how long those windows are has proved useful for plenty of people… just don’t be tempted to hit that snooze button.