Everything We Know About Thor’s Electric Fourth Movie

After Legalise Cannabis Australia’s Results in the Election, How Can Reform...

7 Gin Cocktail Recipes That Are Equal Parts Simple and Delicious

Which Federal Government Taxed Aussies The Most? [Infographic]

Budget night is fast approaching – which means we’re about to find out who’ll get squeezed for more taxes. Personal incomes tax cuts are on the agenda, but they aren’t expected to amount to much for individual Aussies. As ever, some people will feel the pinch more than others. Here’s how the current projection compares to the tax rates of previous governments.

The graphic below comes courtesy of ABC’s Facebook page and is based on the average tax to GPD ratio for each successive government since the Whitlam era. As you can see, the highest taxing government came under John Howard at 23.5 per cent. The next highest was the Hawke/Keating government (21.8 per cent), with the current Abbott/Turnbull government not far behind at 21.7 per cent.

It goes without saying that these figures are not directly comparable due to changes in accounting practices as well as the global economic outlook at the time. Still, it’s interesting to see how tax as a percentage of GDP has changed over the past six governments. We’ll be reporting on how Budget 2018 will affect your wallet later this evening – watch this space! 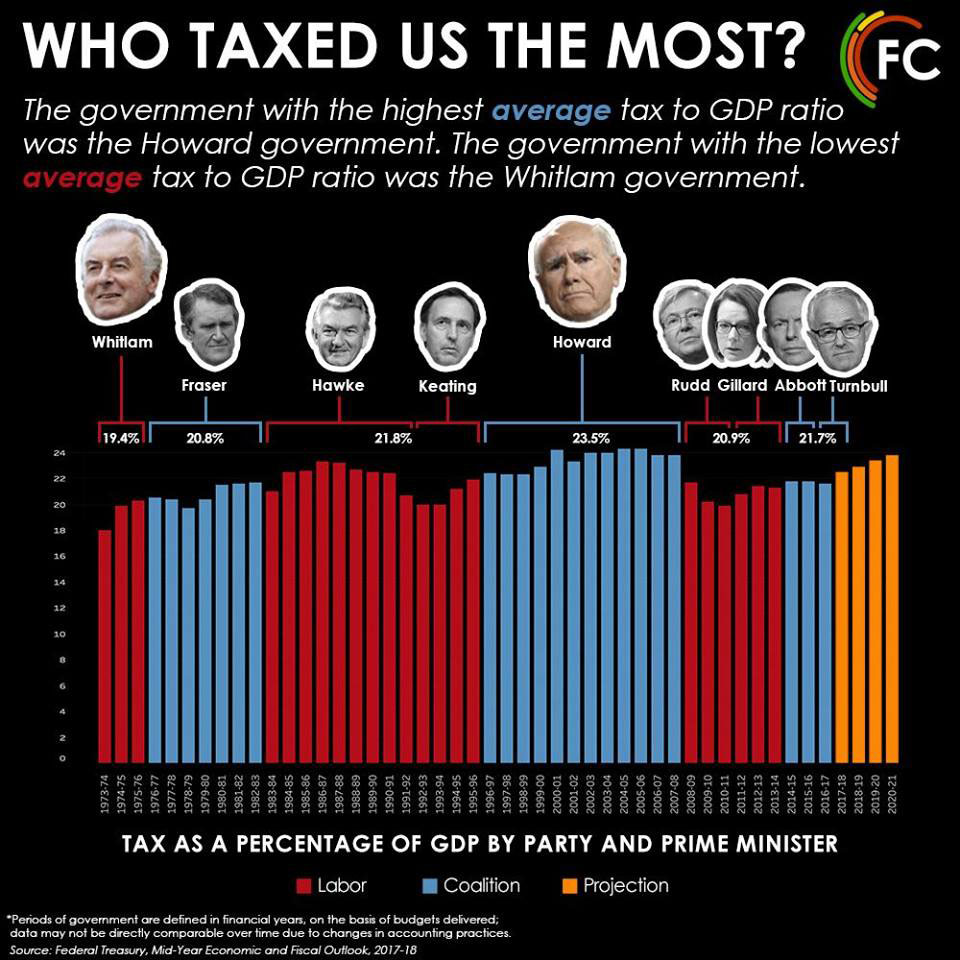