If someone asked you to describe the entire global technology landscape, you’d probably just shake your head and declare the task as impossible. But Mary Meeker, from Kleiner Perkins Caufield & Byers, does that each year. Her report has been released and it details everything from global smartphone shipments, to how much time we spend online to the growth of China as a major global tech hub.

Much of the data from Meeker’s report is available through a 294 slide deck published at LinkedIn’s SlideShare service.

While smartphone shipments didn’t grow last year for the first time, the amount of time we spend online is up. Internet penetration continues to grow both in terms of raw numbers and as a proportion of the global population. Unsurprisingly, WiFi networks are expanding at an exponential rate.

The use of digital currencies expanded last year and more than 60% of every-day transactions were conducted digitally.

Messaging services, Twitch streaming hours and mobile video use are all rising as we make the move away from traditional service delivery models like television and telco networks. 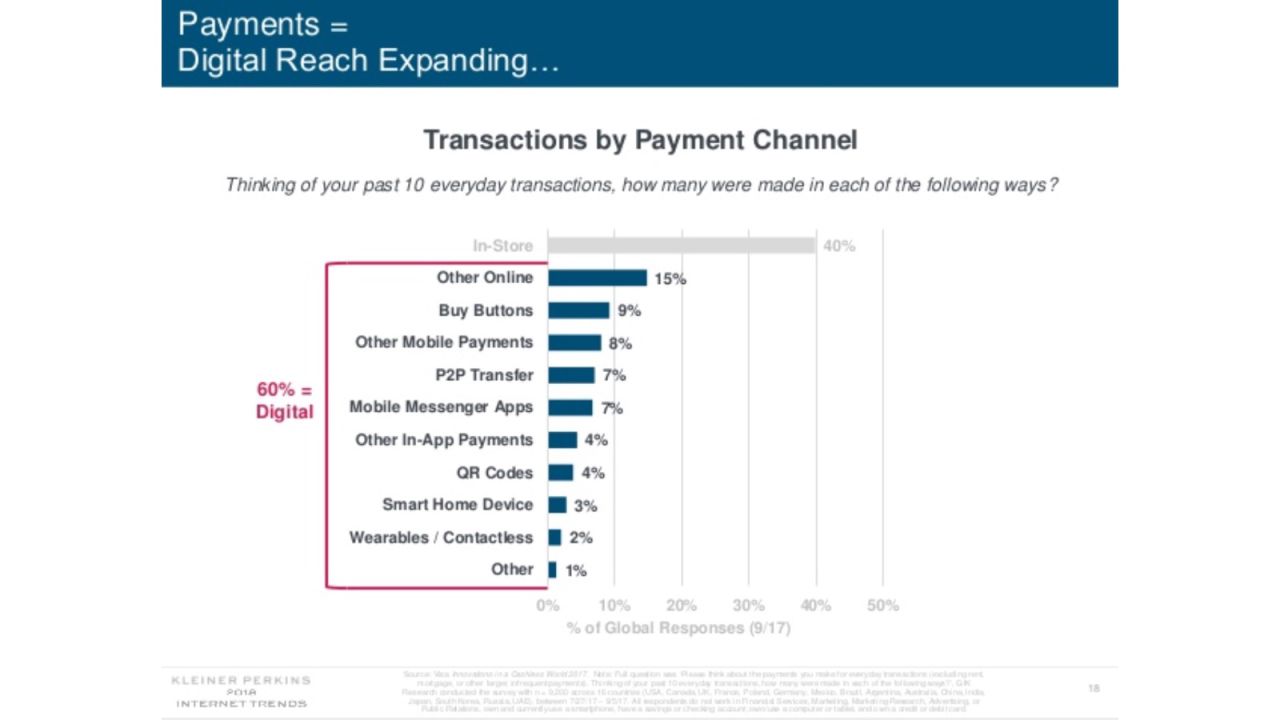 There’s a lot to digest in the slide deck. While the data is important, it will take some time to discern the meaning of that data. And I wonder what real value the data presents to you today. We’re almost halfway through 2018 and Meeker’s report, while interesting, is a snapshot of the world six months ago.