Most of us have been caught in the loop of receiving an email or message asking for something but not having an easy way to move that task from your messaging platform to your to-do list. For a while now, Slack has supported the ability to do that but it was via “slash commands”. But the company has added new integration to their messaging platform that allows you to connect messages to tasks in other workflow management tools.

The new feature, dubbed Actions, lets you attach a message to a number of applications including Jira, Bitbucket, Asana, Zendesk and HubSpot. For example, I work with a client that uses Jira and I can now add an issue directly from Slack. That does require admins to enable the connectivity between the two services. 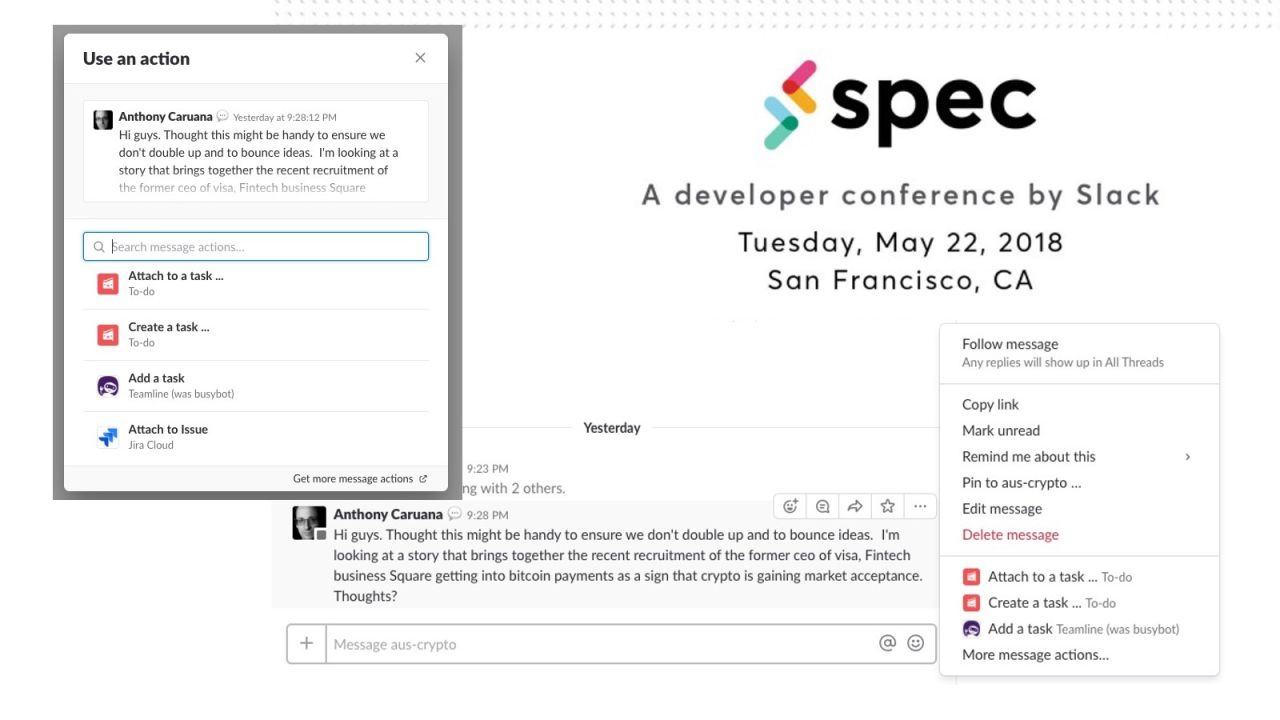 The Slack team has published a short article that describing the new integration and how it works.

The announcement is part Slack’s first developer conference, Spec, which is running today in San Francisco.