How To Use Peppercorns Of All Colours

Throughout the culinary kingdom, there are many foods that pair famously well, salt and pepper being perhaps the most iconic. These two grace almost every dish, every recipe, every table, and every condiment bar that you’ve ever been to. But why?

Don’t get me wrong, black pepper has its place – I love a fillet au poivre, black pepper vodka, and of course crunchy black pepper potato chips – but there are other, less frequently used peppercorns, and you should know about them. There’s a whole world of chromatically diverse flavour out there, and you should be tasting that peppery rainbow. 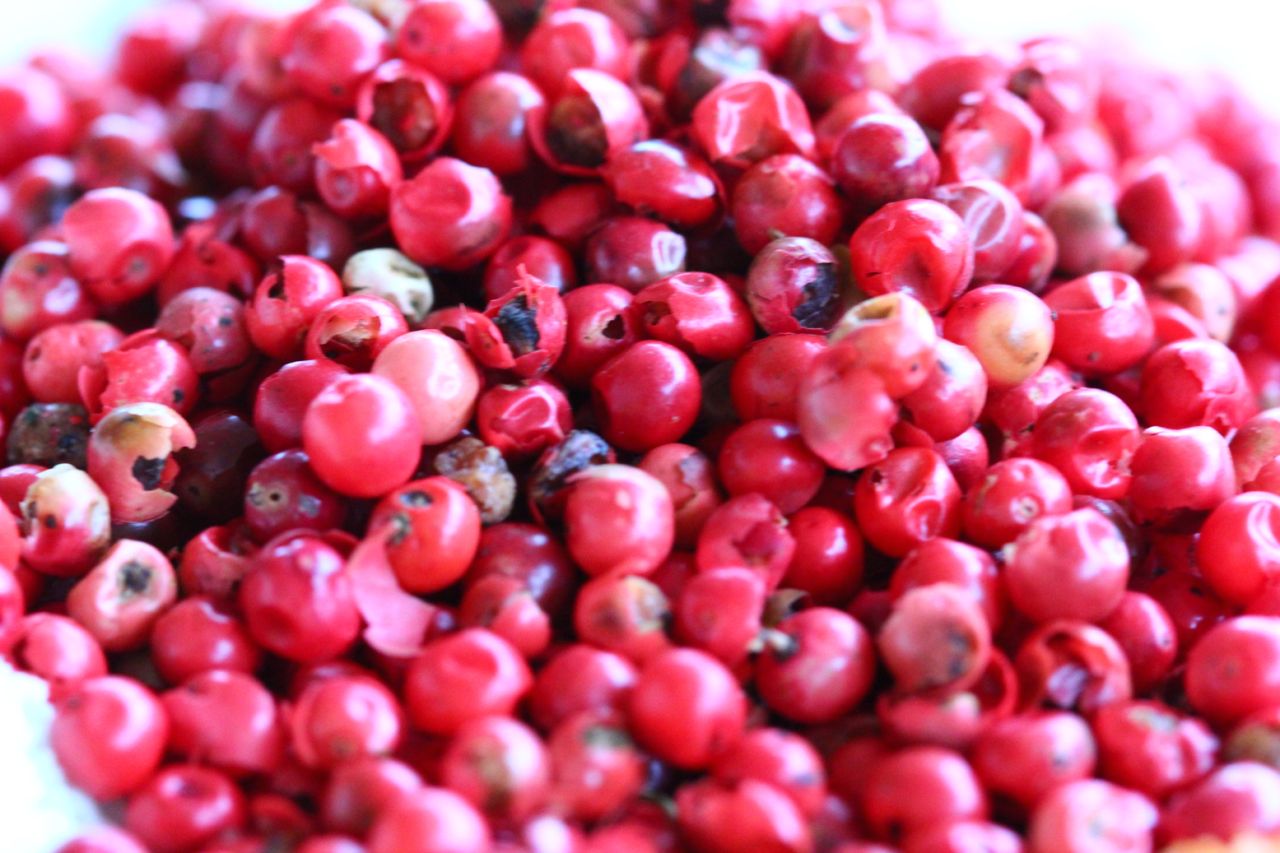 While black, white, and green peppercorns are different stages of the same plant, pink and Sichuan peppercorns hail from different plant species entirely. As a matter of fact, pink peppercorns are a member of the cashew family, which is horrible news for those of you with tree nut allergies. The pink variety is sweeter, and not nearly as hot. Since these are the brightest of the bunch, they work well in visual applications, such as: Often referred to as “Chinese Coriander”, these little orbs are warm and citrusy, with the added bonus of a tingly, numbing sensation. This numbness, very often found alongside spicy chilli peppers, is referred to as Ma La.If you’re after spicy heat, these are the way to go. So much so, that Serious Eats has a write up on twenty great ways to put them to use. Other great uses include: 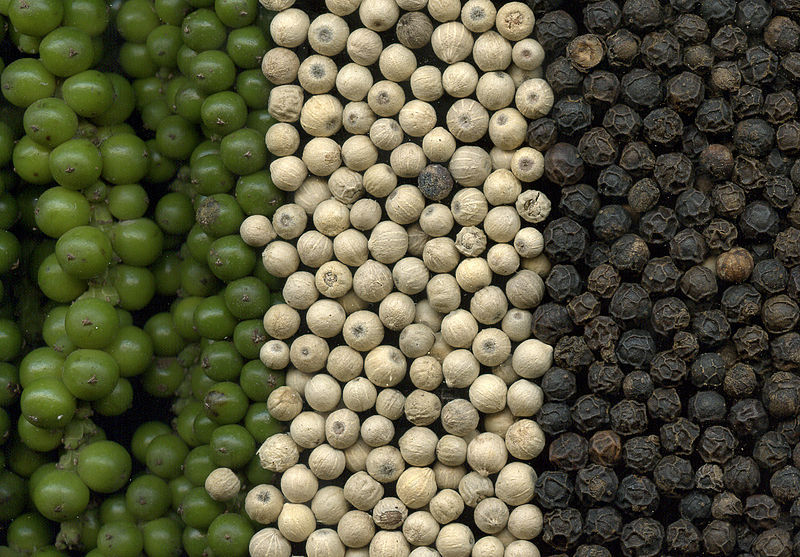 Now that we’ve covered the cousins, get back to some more familiar territory. Piper nigrum, responsible for the black pepper we all know and mostly love, is also where we get white and green peppercorns. Normally, a dried pepper drupe is picked when green., From there, some are canned, pickled, or frozen, and those get to keep their emerald hue. Others are briefly boiled, and dried until black. If the black pepper is then husked, you get white pepper, which has a few subtle advantages.

I recently tried to sous vide a duck breast with a recipe calling for black peppercorns in the bag, which I knew was a bad decision, and did it anyway. My duck was dyed a horrifying “Frankenstein’s monster flesh green” hue by the end of the bath – not an ideal presentation.

You can swap it in anywhere you’d use black pepper, but it’s subtle flavour is easily trounced in acidic sauces. So you’ll want to think outside the box with this one.

Last but not least, our emerald ally: green peppercorns. Since they aren’t hung out to dry, these keep a much more mild and almost vegetal taste to them. Most notably used for a wonderful steak sauce, their earthy taste works very well with soft and salty components.

Recently, I sampled these as part of an herb crust for baked goat cheese rounds on a warm spinach salad with a bacon vinaigrette. Yes, it was a thinly veiled excuse to eat a half pound of cheese at 10:00 AM, but you’re not my life coach. Instead of judging me, you should make this dish for yourself.

Start with a 340g log of very cold goat cheese, and cut it into ½ inch rounds. Freeze these on wax paper (they will stick to parchment) for about two hours, or until firm. Combine 1½ cups of pecans, with one tablespoon each of chives, thyme and peppercorns in a food processor. Move that to a separate bowl for the time being. Whisk 2 eggs together in a second small bowl until the whites are no longer streaky, and preheat your oven to 240 degrees Celsius. Now that the cheese has firmed up, dip each round of cheese into it, shake off the excess egg and press into the herb mixture. Bake on the upper rack of the oven for 7 to 10 minutes.

Cool them for 3 minutes and, if they make it to a plate, they pair sinfully well with compotes, citrus vinaigrettes, and buttery crackers. They make a great appetizer in this size, but the small end of a melon ball scoop makes an amazing hors d’oeuvre.