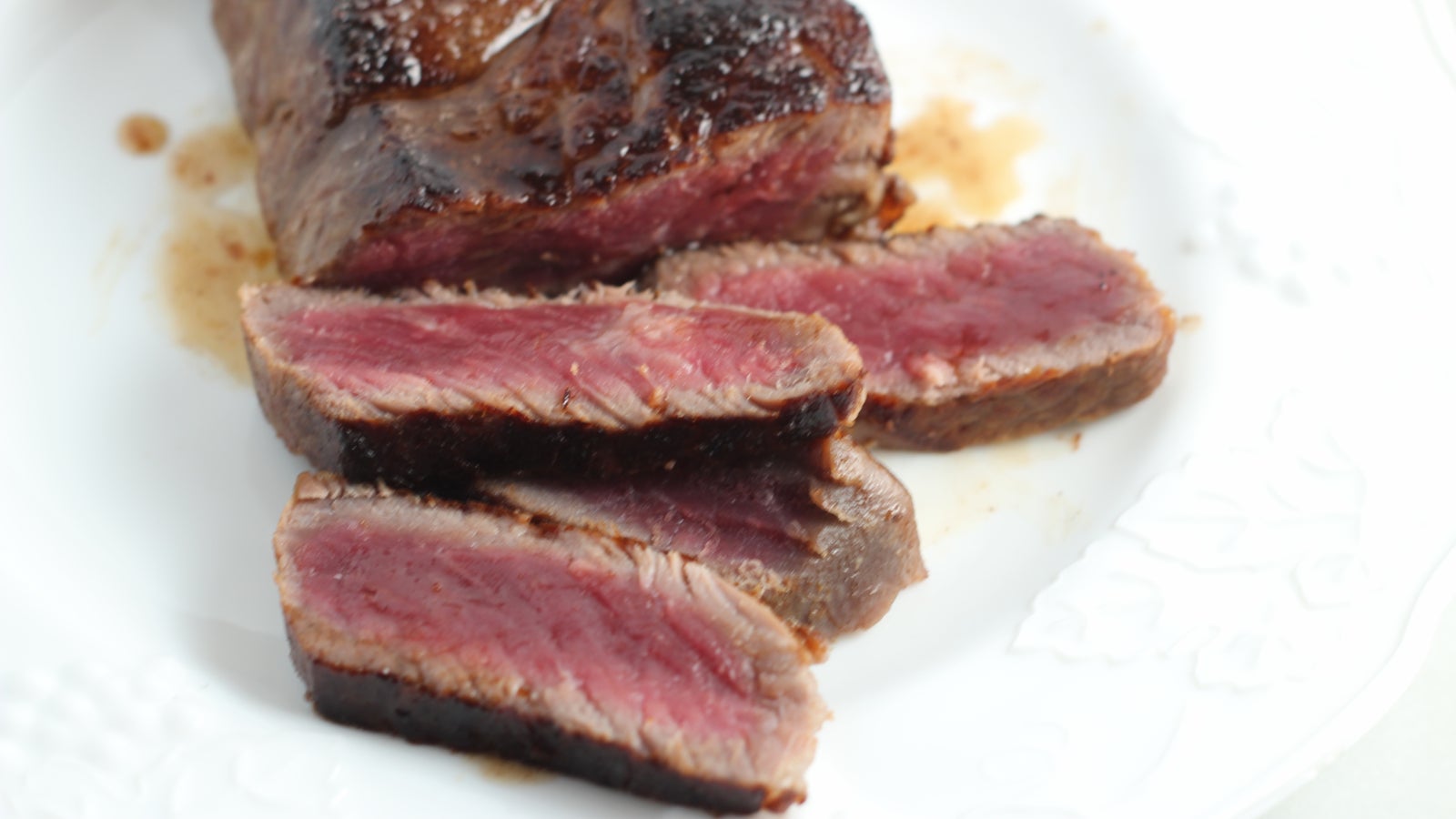 Some things, like love or a delicious prawn base, can't be hurried, but a lot of things can be approximated. Though there is no substitute for a true dry-aged steak, there are two ingredients that food geeks swear help you get pretty close: koji and fish sauce.

The premise behind each is the same: the enzymes in the ingredients break down the meat - improving both the flavour and the texture - rather than letting the meat's natural enzymes do so slowly over time. The expected result is a denser, nuttier steak with a lot of umami. Instead of dry ageing, it's lie ageing. Both shortcuts make a lot of sense, but I wanted to see if one ingredient was a better liar than the other, so I bought a few cheap steaks and conducted a (tasty) experiment. 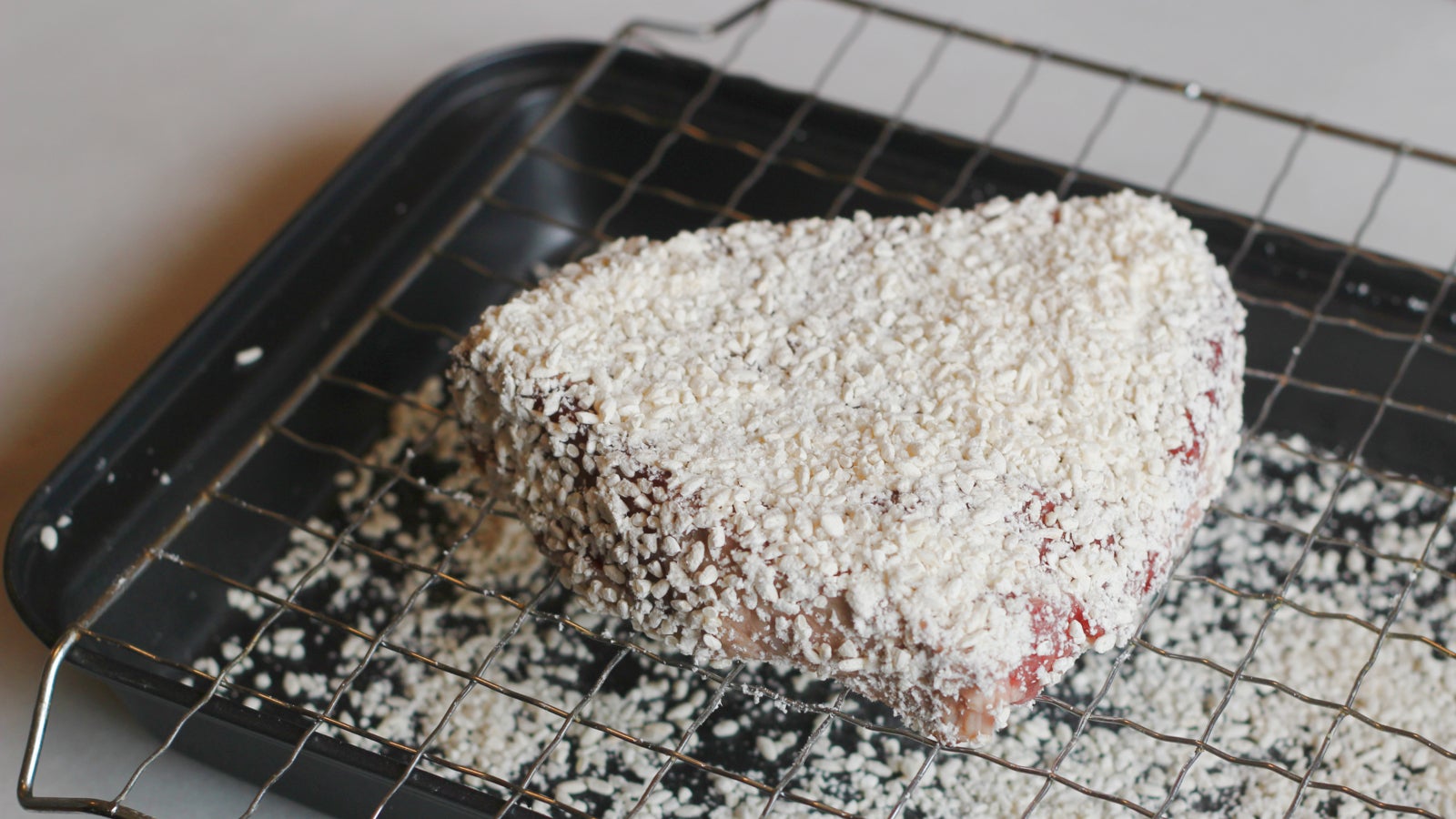 Koji - aka "Aspergillus oryzae" - is a fungus that's most commonly used to ferment soy sauce, miso and sake. You can buy it on fuzzy, inoculated rice at your local Asian grocery store. When smeared on meat, koji breaks down proteins and carbohydrates into sugars and amino acids, while also drawing out moisture, resulting in a more tender, tastier steak.

To harness koji's tasty lies, Bon Appetit recommends breaking up the rice in a blender (I used a food processor), rubbing it all over the meat, and letting it hang out in the fridge for a few days, so I did just that. As the steak chilled, all covered in fuzz, a savoury, meaty, somewhat nutty and pungent aroma permeated the refrigerator. It was actually quite pleasant. After three days, I rinsed all the koji off the meat and patted it dry. 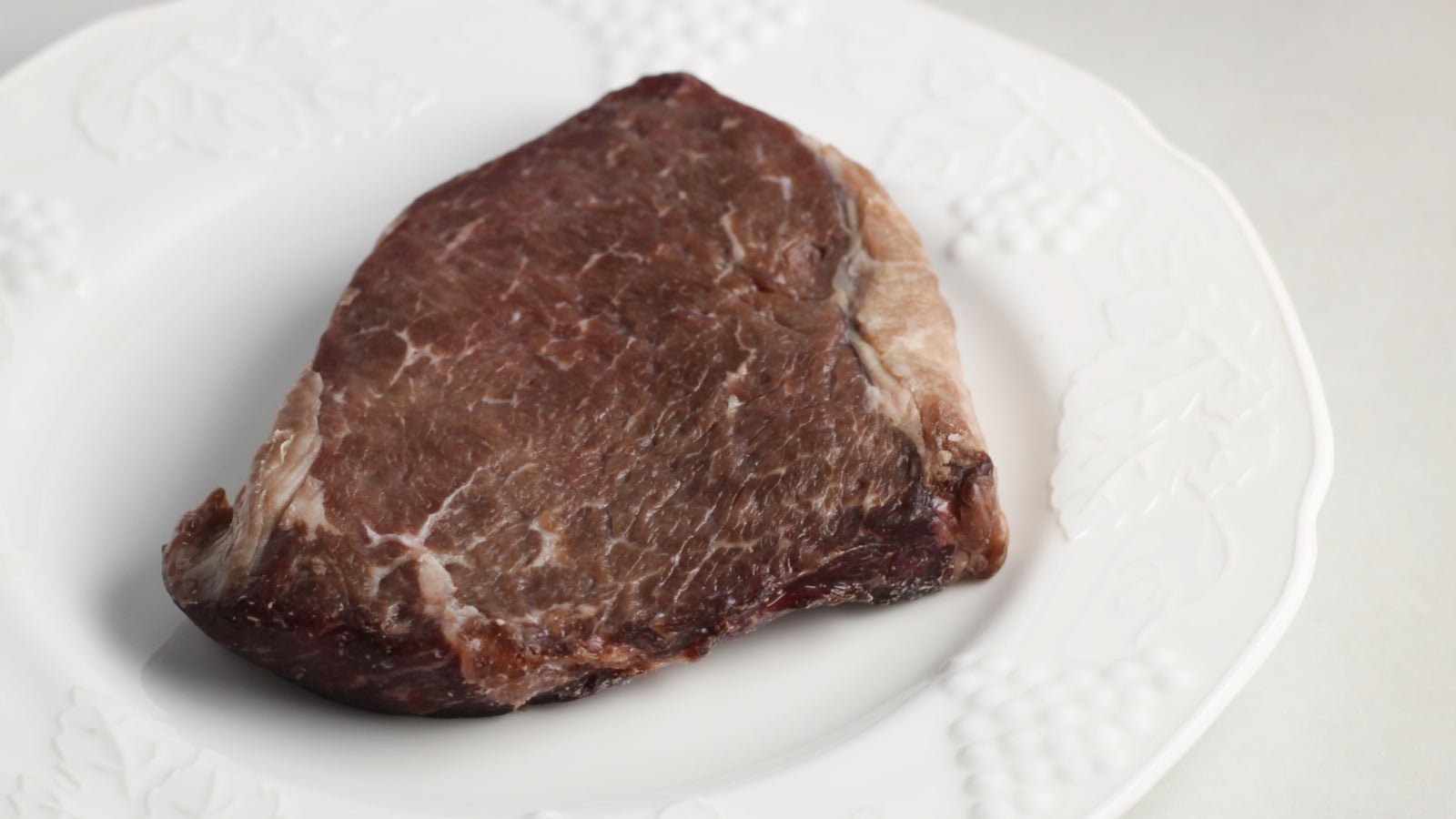 The meat felt a little firmer, was noticeably darker, and still had that nutty, meaty aroma. I seasoned it liberally with salt, then seared it in butter for a few minutes on each side. 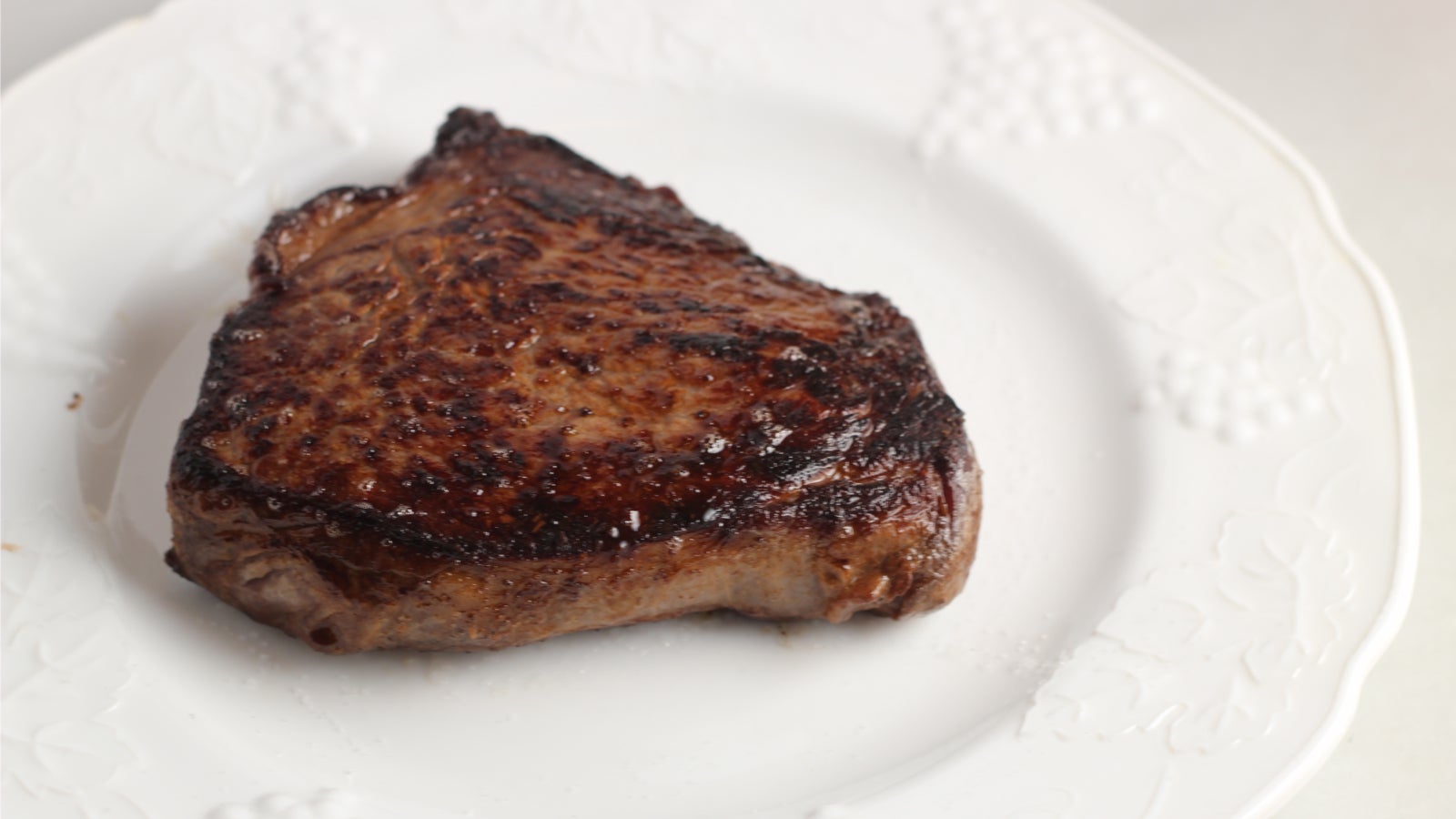 It developed a beautiful crust quite readily and, when I took a bite, there was no denying that it was flavorful and tender. 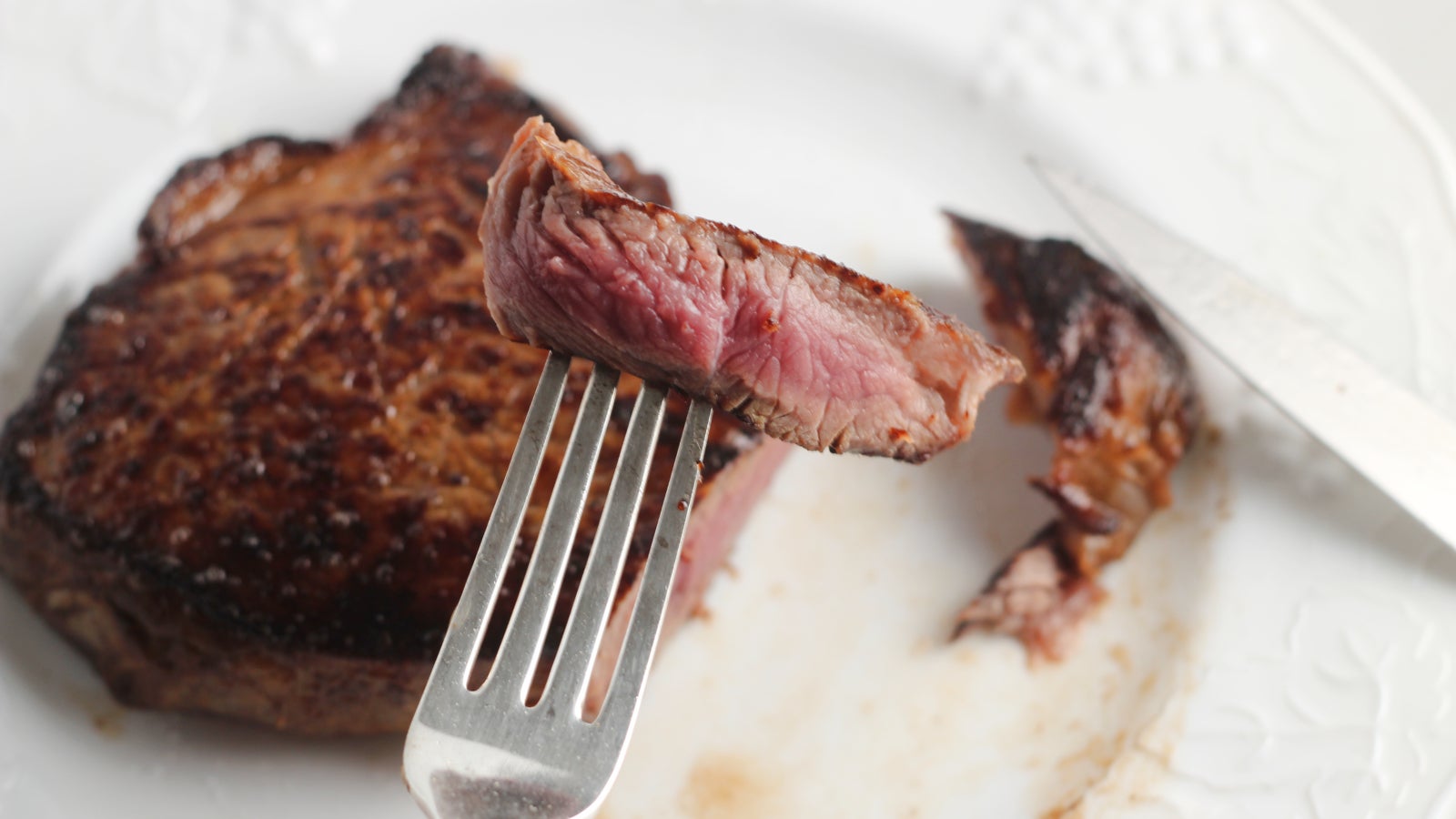 However, unlike using a marinade - like these, which are excellent - the meat didn't taste like another ingredient. It was just a meatier, slightly sweeter and concentrated version of itself. While I wouldn't say it tasted the same as a 50 day-aged rib eye, it was better than any other top sirloin I had eaten before. In short: koji is a pretty good liar. 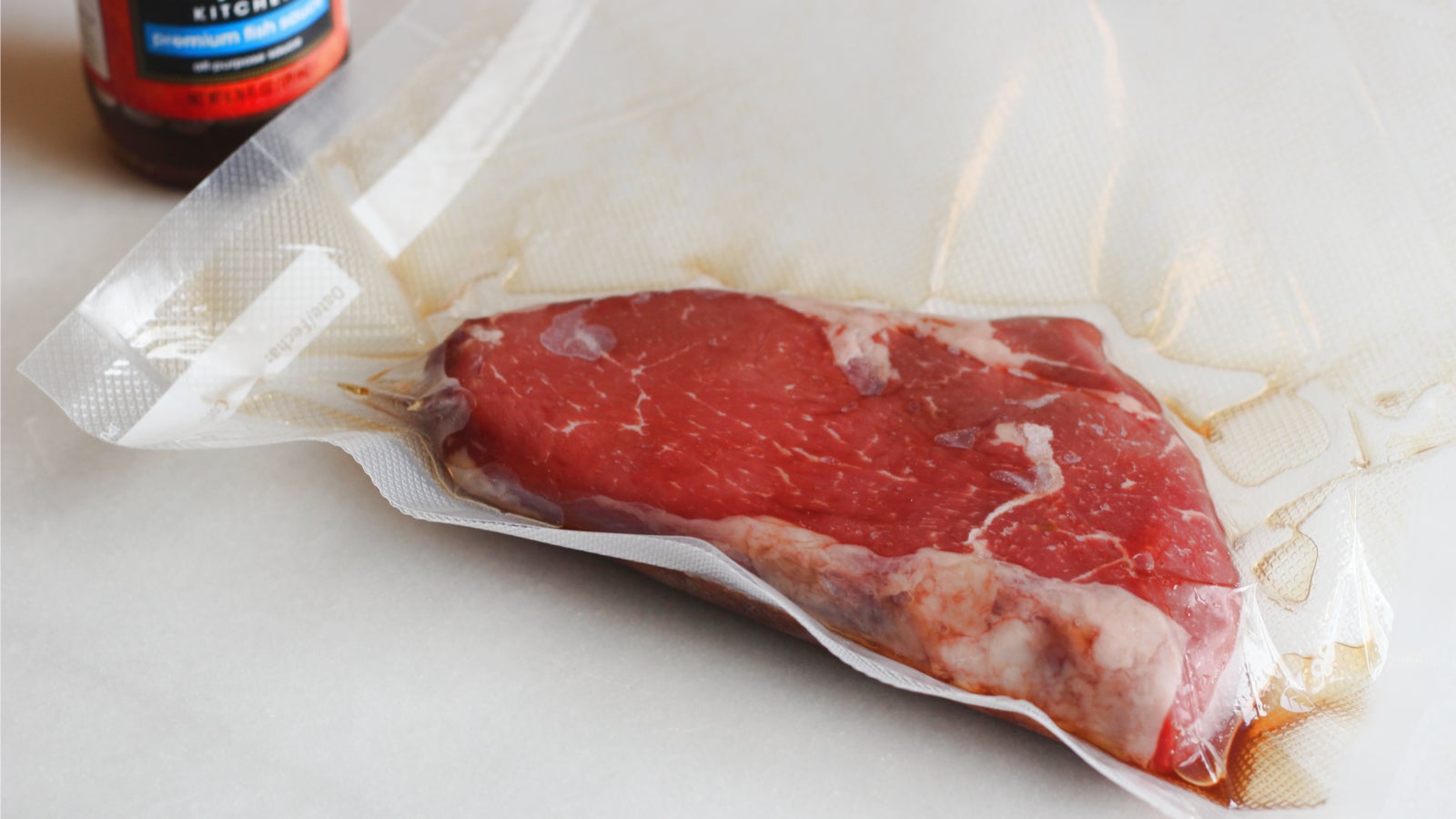 The fish sauce method - from Modernist Cuisine at Home by Nathan Myhrvold - takes a little longer than the koji preparation, but relies on the same principles. Instead of letting the naturally occurring enzymes in the steak break it down on their own, the enzymes in the pungent elixir help it out. The recipe is simple: simply coat your steak with fish sauce, seal it as tightly as you can in a plastic bag (I used my vacuum sealer), and wait three days. After that time has elapsed, remove the steak from the bag, wrap it tightly in cheese cloth, and throw it back in the fridge for yet another three days. 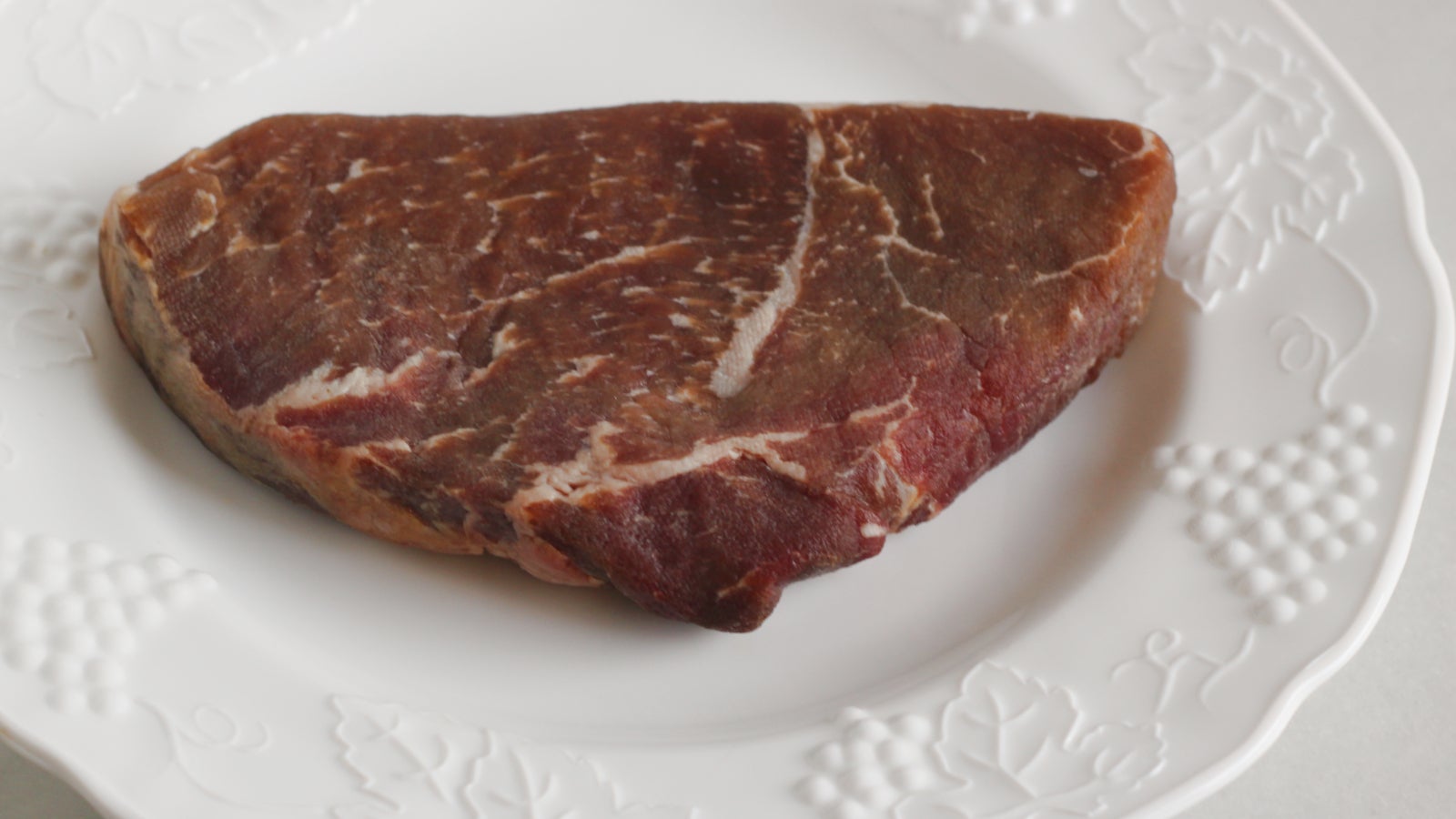 After executing those steps, I removed the steak from the bag. There was nothing to wipe or rinse off, and the meat was pretty much the same colour as the koji steak, but the smell was a bit more pungent, and less nutty. 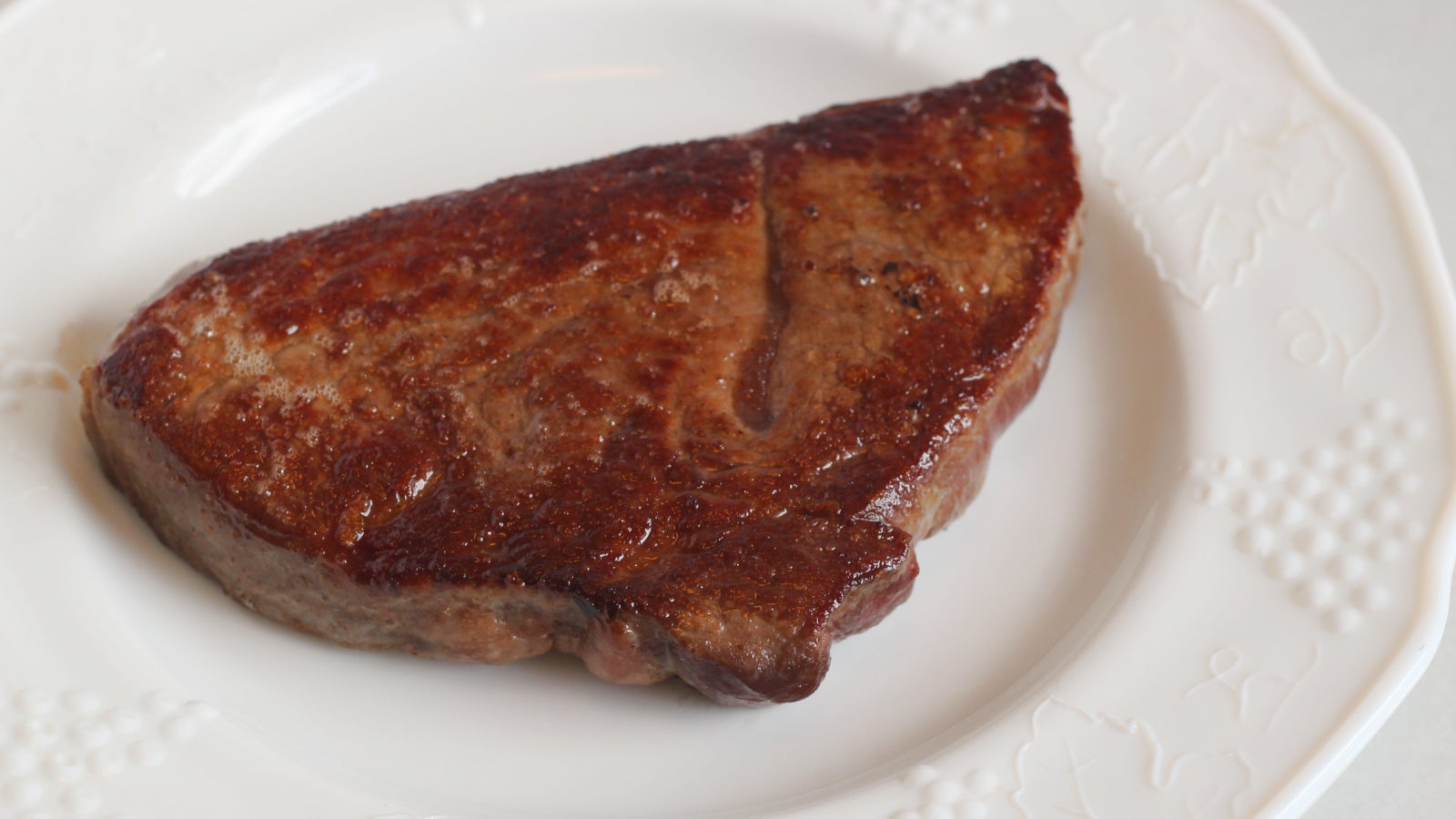 The steak also formed a beautiful crust quite readily, but this one was much more golden in colour. 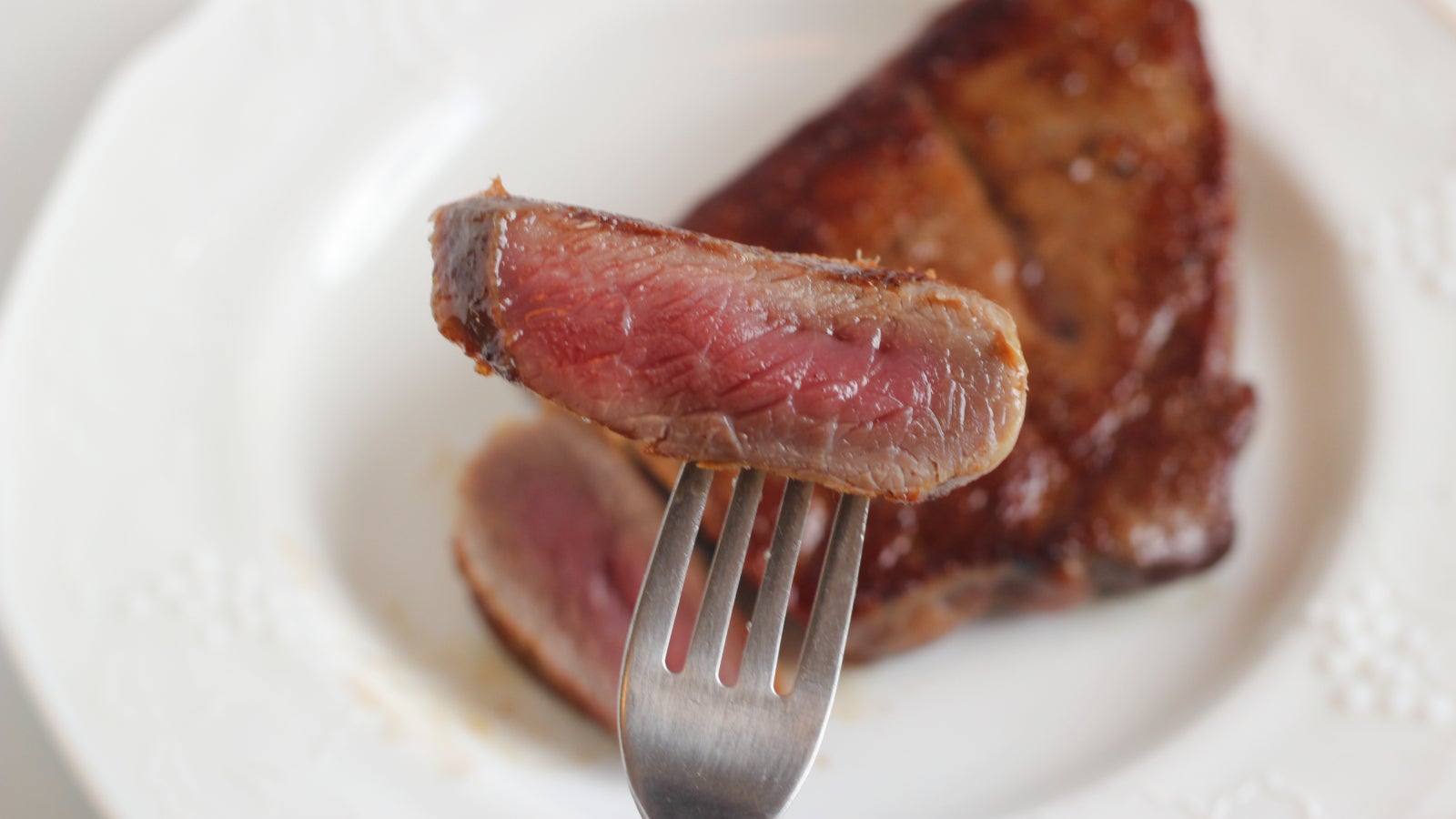 The meat was tender, and the flavour was strong and meaty, and there was an underlying taste I can only describe as "dank." It was quite intense, almost to the point of being distracting, and I liked it. Lacking, however, was the nutty sweetness I enjoyed while eating the koji-aged steak. This inspired me to combine both methods. 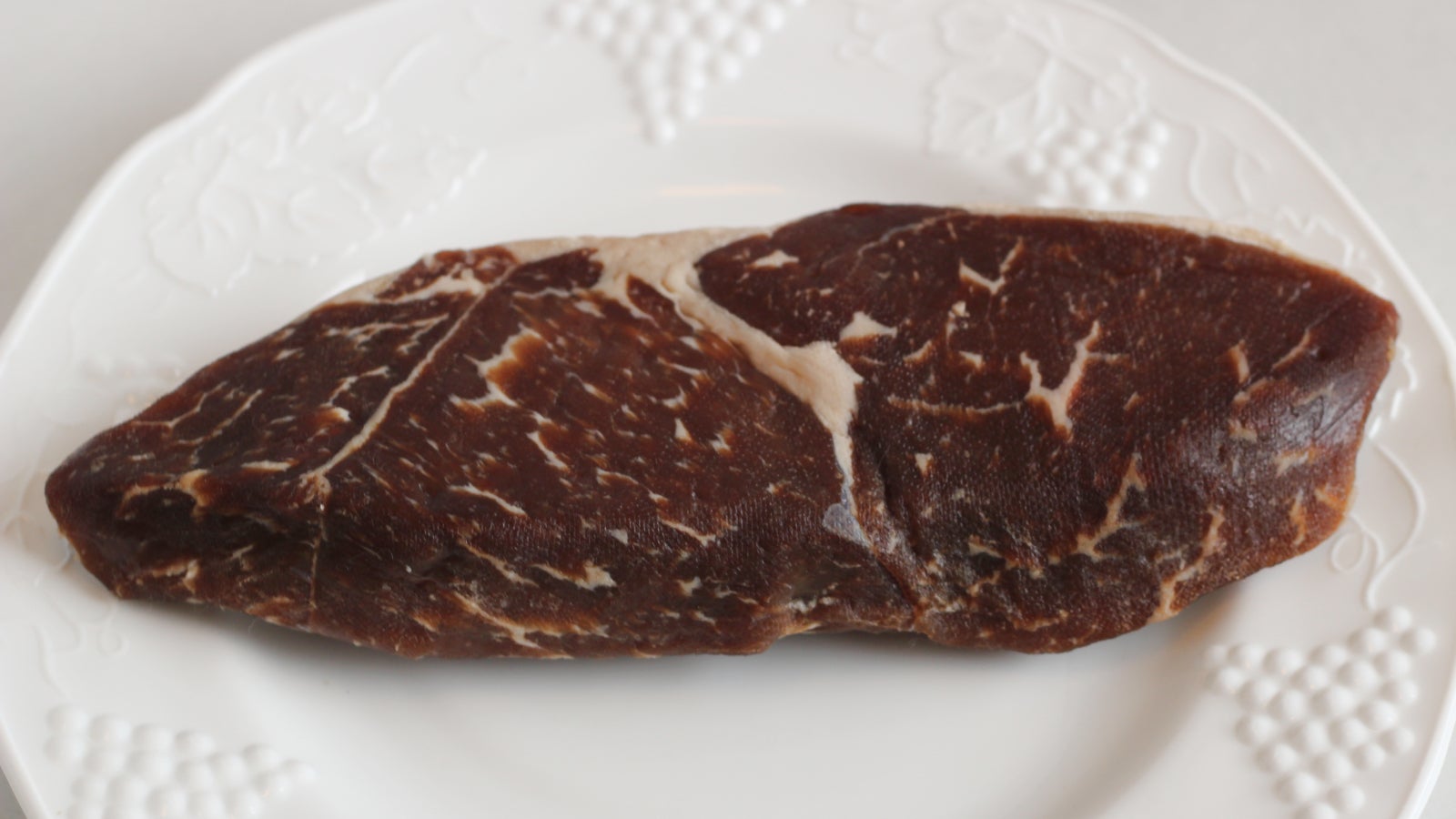 As one would suspect, combining the two methods involved coating it in koji, letting it hang out for three days, then rinsing off the koji and coating it in fish sauce and letting it hang out for three more days, before wrapping it in cheese cloth for three final days in the fridge. As you can see from the above photo - which is of a sirloin tip this time, because it's what they had when I went back for another steak - the meat darkened quite a bit more. 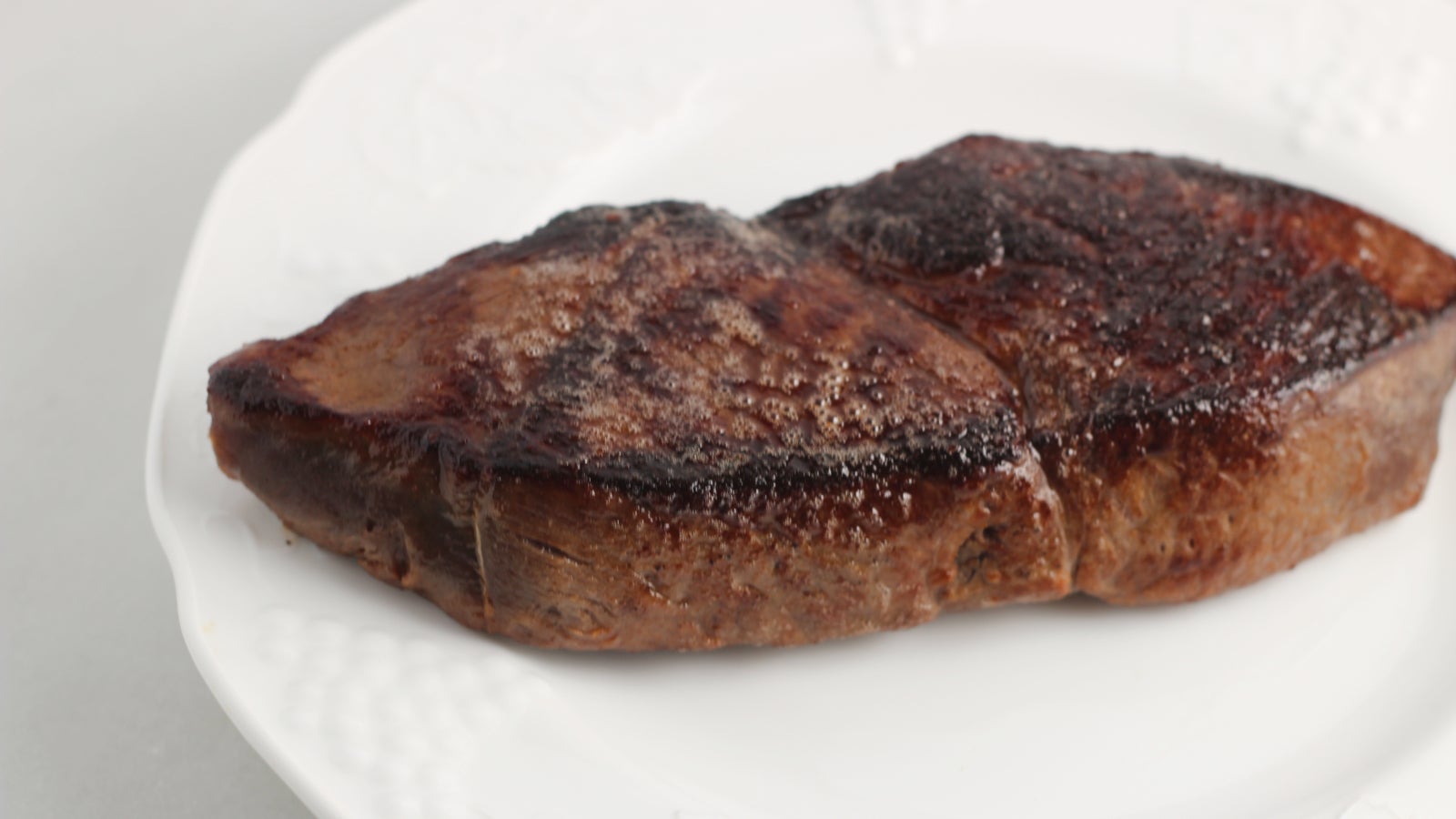 And as you can see from this photo, it also formed a lovely crust when seared. 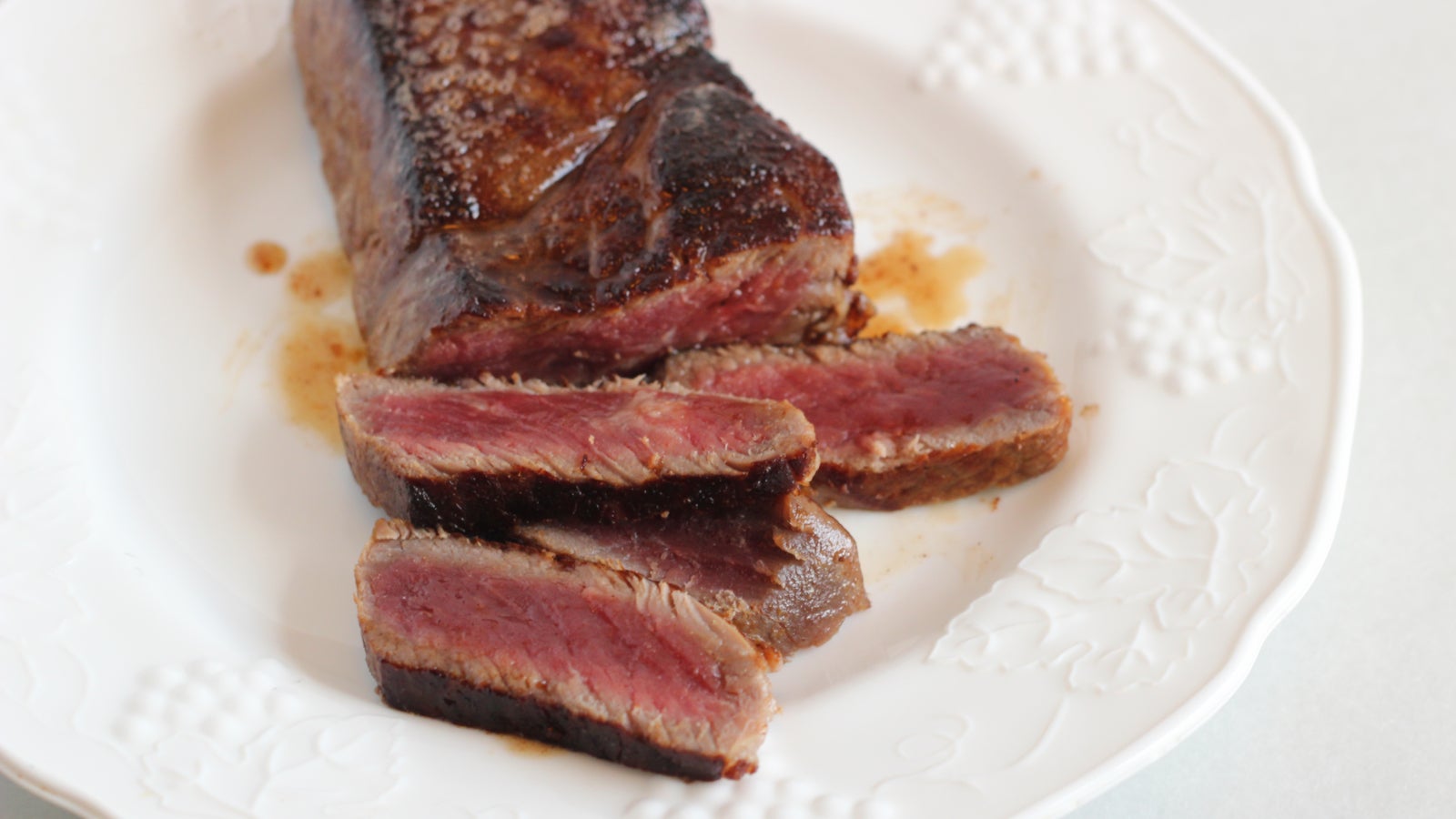 The flavour was fantastic. It had the intense, almost aggressively meaty quality imparted by the fish sauce, with nutty sweetness brought by the koji. That's kind of what I was expecting, but experiments don't always go how I expect them to, and I was very pleasantly surprised. It was by far my favourite, but it took nine days, which is over a week, which kind of seems like a long time. If you need a lying steak in shorter order, and can only use one enzymatic helper, you should get some koji. Not only does it only take three days to do its thing, but it results in a more balanced, nuttier steak. (And it looks cool.)