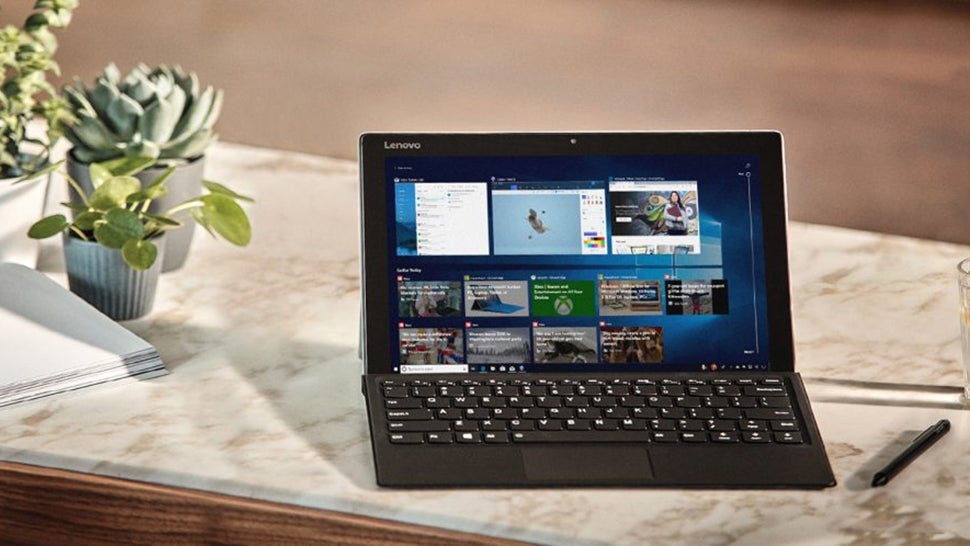 There's a new Windows update available, and it's got quite a few goodies inside for you to explore: It's one of those rollouts that in days gone by would have been marked by a decimal point increase in the version number. Here's everything you're getting in the latest update for Windows 10.

Go back in time with Timeline 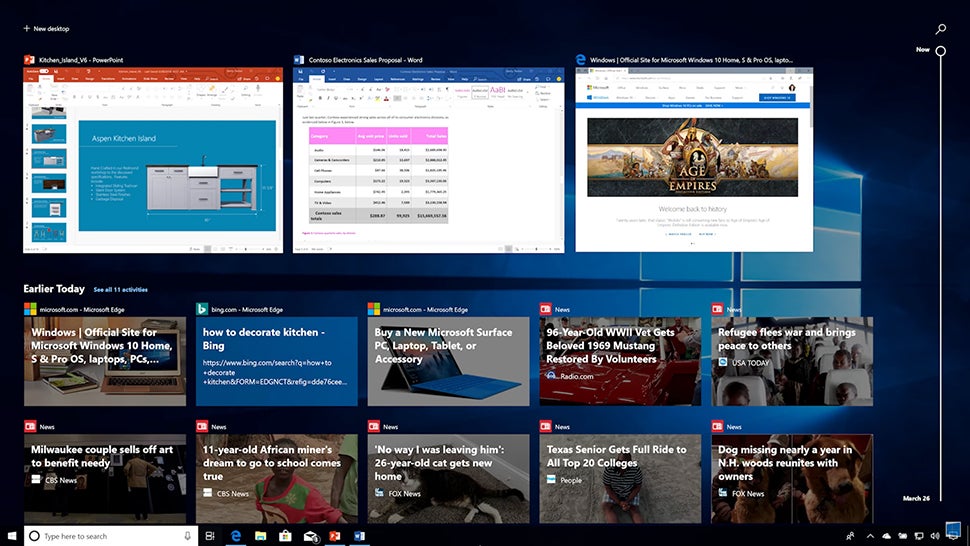 Timeline is a new feature that works a little bit like a time machine — it's kind of a browsing history tool for your whole computer. You can scroll back through time to find websites you visited, files you opened, programs you were using and so on.

You can find it in the Task View window, so click the button on the taskbar (to the right of the search box) or hit Windows+Tab. Use the bar on the right to scroll back into the past or just search for something (via the box in the top right corner) you remember working on or looking for. You may need to enable the full 30-day Timeline history by clicking the option in the lower left-hand corner.

It's not a file backup system, so you don't get older versions of your files, but you can bring them up again. Microsoft says more of its apps will gradually get Timeline support, on desktop and mobile, so you can recall stuff you were doing on your phone too, as long as it was in a supported app. Microsoft Edge is one of the first apps with Timeline support.

Block out distractions with Focus Assist 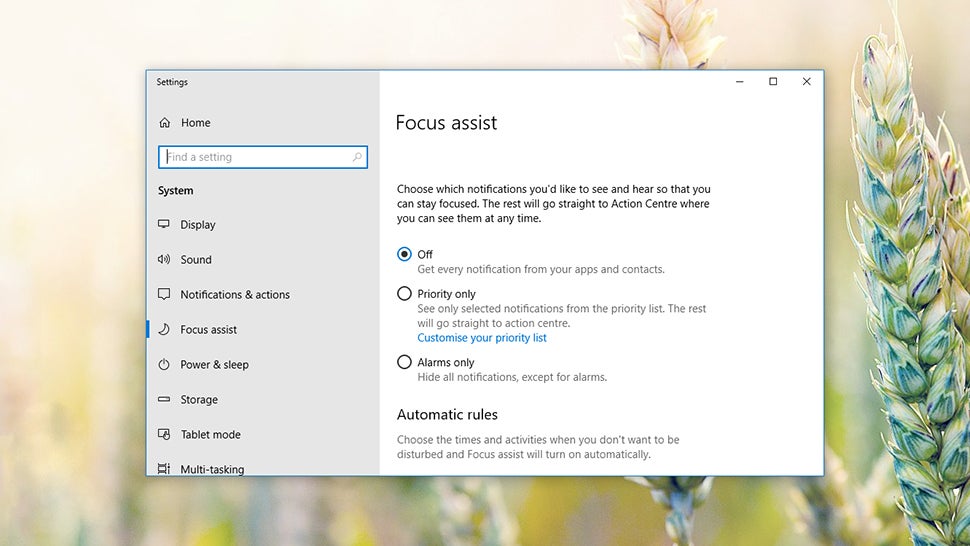 Focus Assist is essentially just an upgraded version of the Do Not Disturb feature that was already in Windows 10, offering smarter notification snoozing options and a summary of everything you missed when you emerge from whatever you were working on.

Focus Assist is even in the same slot as Do Not Disturb: Open up the Action Center by clicking the icon to the far right of the taskbar or pressing Windows+A on your keyboard. Then click Focus Assist to switch the feature on — you won't get any notifications through on screen until you turn it off again. When you emerge from Focus Assist mode, you get a neat little summary of everything that's been happening in your notifications.

To have Focus Assist turn on at specific times, open up Settings (via the cog icon on the Start menu), then click System and Focus Assist. You can set the times you don't want to be disturbed, and whitelist certain contacts who can break through the Focus Assist barrier to reach you any time.

Do more with the Cortana assistant 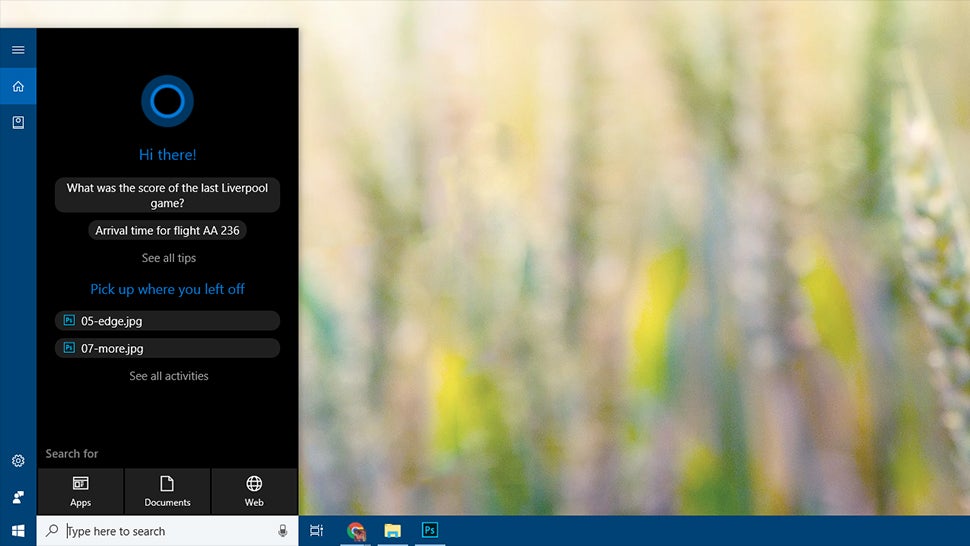 Remember Cortana? It's still here, and Microsoft is still adding features to it. One of the new smart skills added to Cortana is the way it can suggest tasks you've been doing on mobile that you might want to resume on the desktop — assuming you were signed into a Microsoft app like Office, of course.

Cortana is also adding support for more smart home devices, including Ecobee, Honeywell, and Nest thermostats. Controlling a supported device is as easy as saying "hey Cortana, set the living room thermostat to 72 degrees," at least according to Microsoft.

Cortana's little notebook gets a redesign as well, which you can see by clicking inside the search box on the taskbar and then clicking the notebook icon on the left. Lists are now supported inside the notebook, so you can jot down stuff you've got to do or groceries you need to buy or anything else. 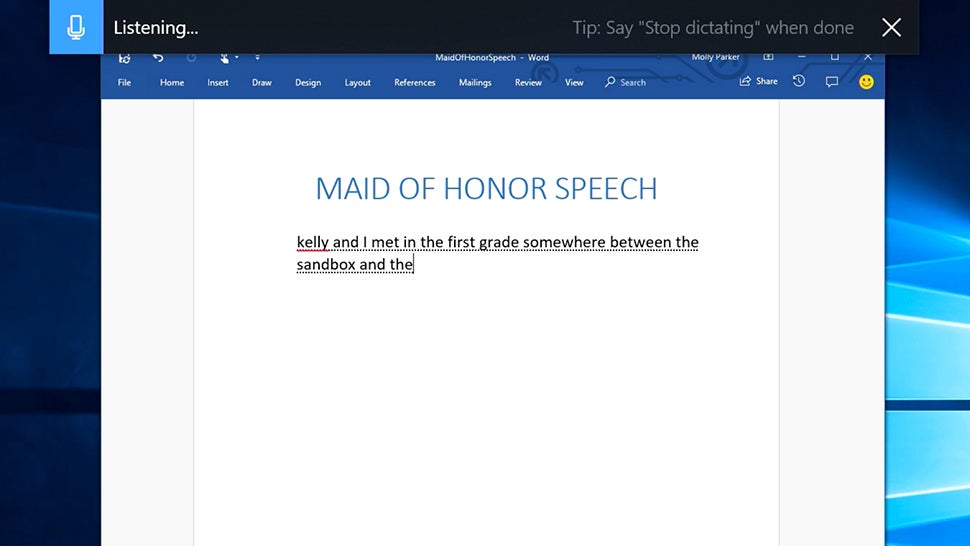 Voice dictation features have been improved in the April 2018 Update (the existing options were pretty ropey to be honest). You can now dictate words and phrases in just about any Windows 10 text box by hitting Windows+H. It also works in apps like Microsoft Word.

You can also hit the microphone button inside the taskbar search box or on the touch keyboard as well, if you need to launch dictation. More settings are available if you click Ease of Access in Windows Settings then Speech. The feature is only currently available in US English for now. 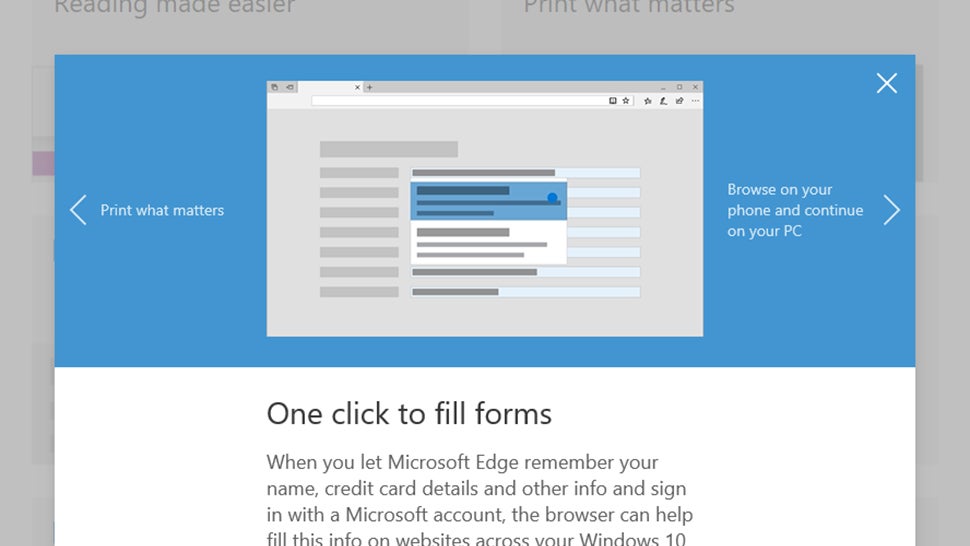 A bunch of improvements have been added to Microsoft Edge, though they might not be enough to tempt you away from your current browser. Tabs can now be muted, at last, by clicking on the audio icon on the tab itself.

Books, PDFs, and pages being displayed in Reading View can now be made full-screen for a less distracting viewing experience, and Microsoft has also added more form-logging options, so your addresses and other data get saved in the browser to save you typing them out over and over again.

There's a new Grammar Tools button too, up in the toolbar, that marks up your text with some useful notes and pointers (it only works for certain types of documents though, apparently). Finally, a "clutter-free" option has been added to the print settings, so you can save some ink by printing out versions of webpages that cut out unnecessary elements. 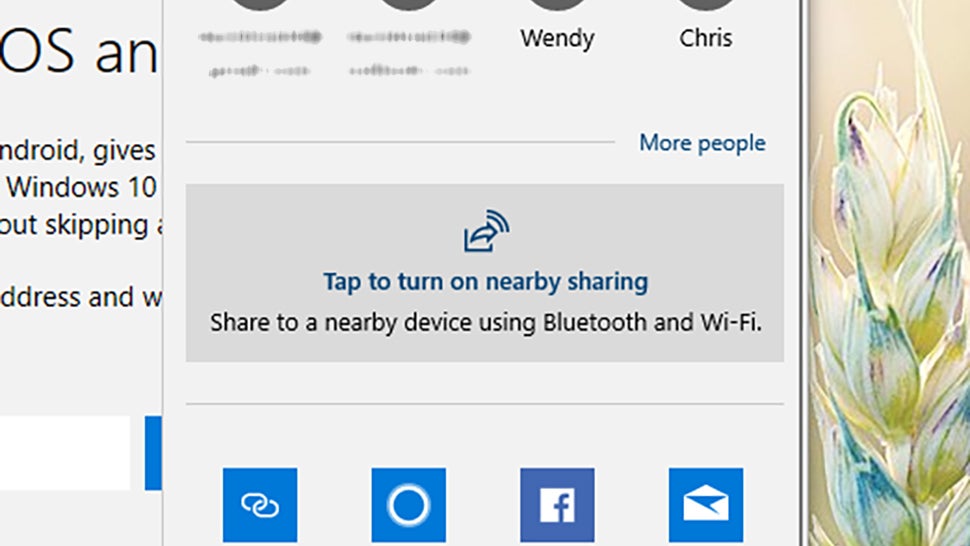 Windows 10 now has something along the lines of AirDrop built into it, letting you wirelessly share webpages, documents, files, and pretty much anything else more easily with other devices also running Windows 10. It's called, imaginatively, Nearby Share.

Click the Share button in any compatible app, such as Edge, and you'll first be invited to activate Nearby Share. If you later decide that you don't want to use it, there's a toggle switch in the Action Center pane.

With that done, Windows 10 scans for and displays compatible devices, using a combination of Bluetooth and wifi, so you'll need those features switched on. It works with any updated Windows 10 device and isn't tied to your Microsoft account. 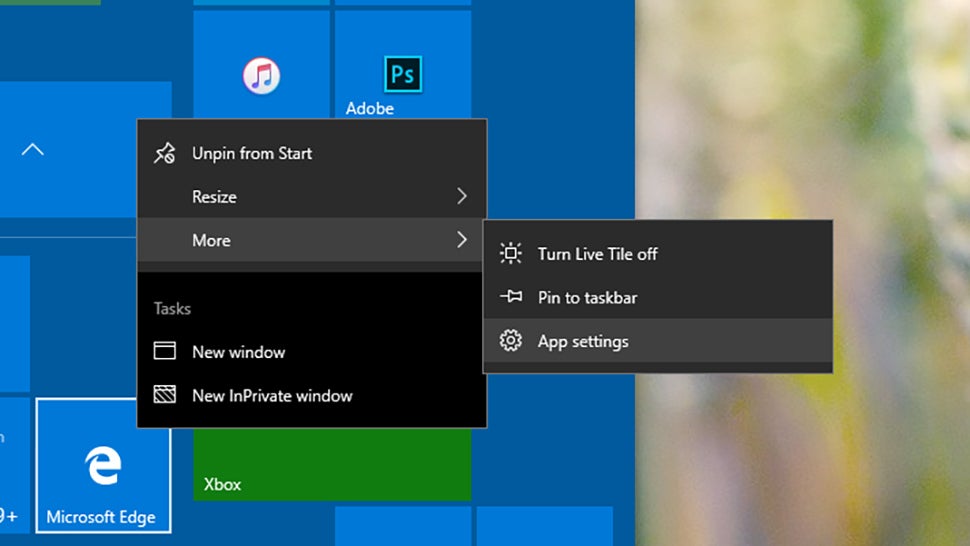 As you would expect, the April 2018 Update comes with a plethora of more minor updates that you'll discover as you make your way around the new OS. For example, you can now get at an app's settings by right-clicking on its tile on the Start menu.

Windows Update notifications have been made more prominent, so you'll have a better idea of when patches are coming down the pipe, and more of the old Control Panel settings have made their way into the new-look Windows Settings. Alongside that there's the usual raft of security improvements that you probably won't notice but which should help you avoid threats in the future.

Plenty of visual flourishes have been added too, to make the OS just a bit more pleasant to use. Overall, the April 2018 Update might not transform the way you use Windows, but features like Timeline and Focus Assist should prove useful for users on tablets, 2-in-1s, and more traditional computers.