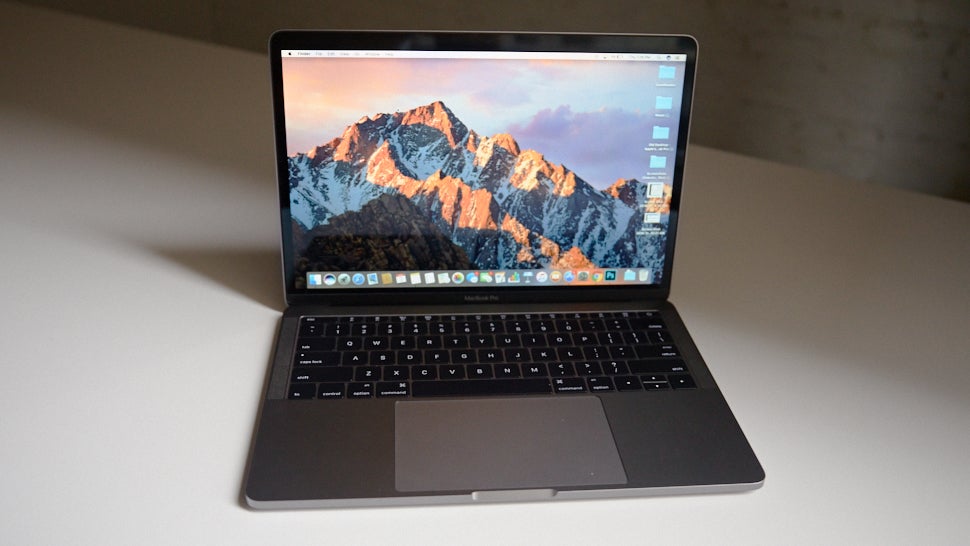 Do not be me. I was desperate for a new Apple laptop to replace my dying 2012 one and as soon as the 2016 Macbook Pro with Touch Bar was available to buy I ordered it. This was a major redesign for Apple, and experience with other products told me that buying the first generation of a new laptop would be a very bumpy ride. I did it anyways.

First it showed up dead. $US2500 ($3317) for a laptop that couldn't go thirty seconds without crashing. I waited a week and a replacement came and it was fine. Until marks from the keyboard appeared on the display and could not be removed with any amount of microfiber cloth, water, or rubbing alcohol. The stains on my display were there to stay.

Then two months ago in the middle of a Civilization VI campaign my right arrow key gave up the ghost.

Finally last week my laptop decided that, sometimes, it just wouldn't need to charge. No amount of port switching or cable switching or holding it really close to my face and whispering could get it to power on. The issue, clearly, unfortunately, was with the logic board. Something inside the computer was telling it not to draw power from USB-C chargers.

I'm not the only one with that issue. Nor was I the only one having problems with a stained display. A tech at the Genius Bar confirmed to me that there was an extended warranty program for the problem. The program isn't visible on the Apple Support website, but MacRumors has also confirmed it exists.

Yet the major issue for most 2016 MacBook Pro early adopters isn't the logic board or the display. It's the dang keyboard. And on that front Apple Insider claims to have a little more insight. A new report suggests that there really is a design issue related to the keyboard on the 2016 MacBook Pro.

The problem itself is surprisingly simple. In an effort to pack as much tech into the laptop as possible Apple elected to go with keyboards that have a much shorter "travel" to register a keypress. This makes it faster to type — your fingers don't have to go as far — but many users also find it wildly unpleasant. (Personally I kind of dig the unique feel.) The bigger problem is that there's almost no margin for error under the keycaps. If a crumb or especially large spec of dust lodges under a key the key will just stop working.

According to Apple Insider, this issue has led to an uptick in visits to repair shops. The site says it acquired its data from "assorted Apple Genius Bars in the US that we have been working with for several years, as well as Apple-authorised third-party repair shops."

The's certainly a larger fraction of the pie!

Apple Insider did not have complete numbers for the 2017 model (it's been out less than a year) but to date it reports that 8-per cent of warranty events were related to the keyboard. A significant improvement over the 2016 model.

Back in 2017 iFixit did note that the keyswitch had changed between the 2016 and 2017 model with the newer model appearing to be a "more classic switch" with "reinforcement for repeated use."

The 2017 model is also not subject to flaws that led to an extended warranty for battery issues on the 2016 MacBook Pro. That's because the 2016 model, like every first generation of a redesign, is the guinea pig. A company, even a big one like Apple, can't work out every kink before shipping — as much as we'd like it to.

So design flaws, and component issues tend to crop up more often in the first iteration of a new design, and then they get smoothed out. Thus the 2017 MacBook Pro has fewer issues with the keyboard and, currently, no major issues with the battery.

Stuff is going to break more often. Tears will be involved. You will become intimately familiar with tricks to getting cheaper repairs. You might even band together with 3500 of your fellow device owners and start a petition for a recall.

But if you have that extended warranty your headaches are going to be a lot less mild.