Avengers: Infinity War – Here Are All The Spoilers!

Marvel’s end of the world party and penultimate (currently-announced) Avengers film, Infinity War arrived in cinemas last weekend and will probably break every cinema record ever. Under normal circumstances, a new MCU flick requires you to shut yourself off from the world until you can blindly stumble your way into a cinema, lest someone spoil all the good stuff and those post-credits scenes. But normal circumstances be damned! You want to know what happens! So let’s find out.

Trying to recap the entire plot of Infinity War would require three separate posts and an ability to make footnotes and scribble in the margins of this website (I can’t do that – so you’re spared). The Marvel Cinematic Universe pumps out a movie or two every year and tries to tie them all together in a nice little bouquet. However, for those not following along since 2008’s Iron Man, you’re going to feel like your bouquet is made of “Wait-who-is-that-agains” and “What-movie-is-she-ins”.

The crux of the film revolves around Thanos, a real nihilist-type operator that wants to wipe out half the universe because his home planet was destroyed and that really sucks. He’s the big bad. The stakes have never been higher. Will the Earth’s Mightiest Heroes be able to stop him? 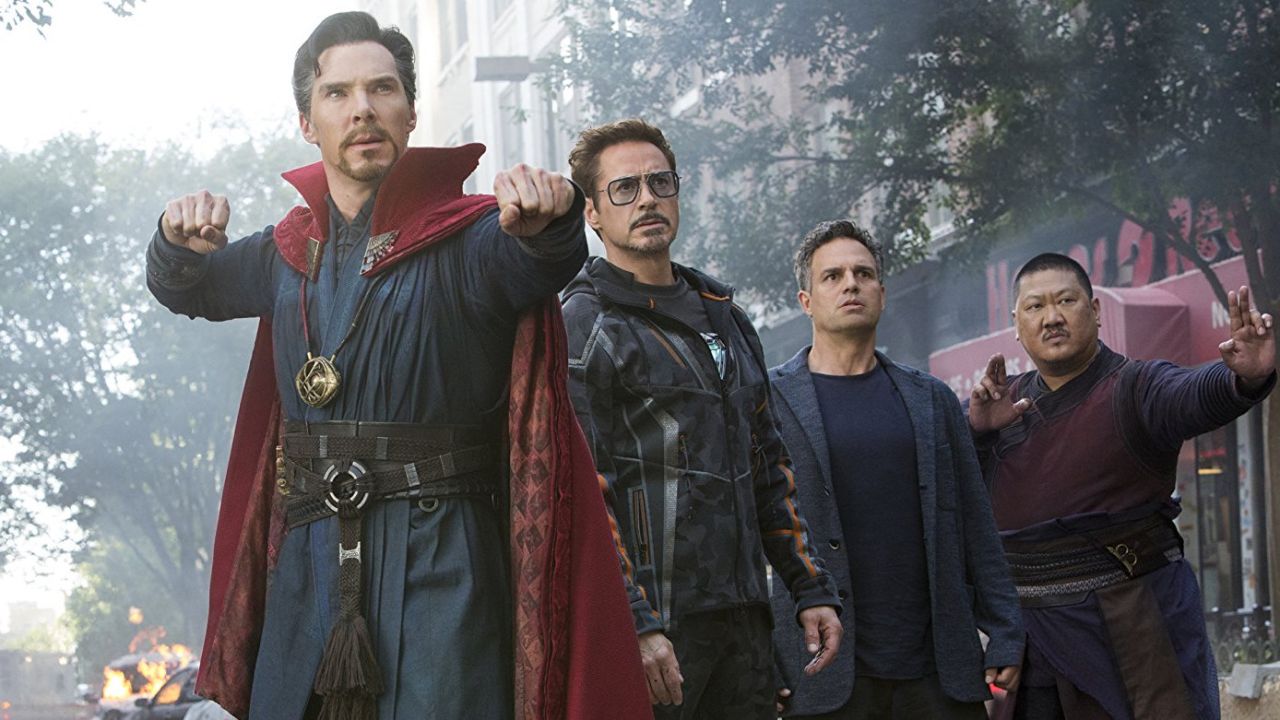 There are so many characters that the film is constantly able to bounce between them all, scene-to-scene, so one minute Iron Man and Dr Strange are repelling attacks on Earth and the next the Guardians of the Galaxy are skulking around The Collector’s home trying to find an Infinity Stone. It’s a two and a half hour sprint that tries to tie ten years of story all together, but at times it feels bereft of any real weight because there is a certain inevitability about it.

This is what ten years of carefully caressing your story achieves: Another explosion-filled 150 minutes where the stakes have never been higher — Until the film reaches its unsatisfying, forward-thinking conclusion (that is, they’re obviously thinking about the next Avengers film in May, 2019) things move at a blistering pace. You need to be up with your Wandas and Wakandas to keep up.

Cap’ Has A Beard!

Not really a spoiler, but it is really, really good.

The marketing and promotional materials for this film didn’t show Hawkeye once. I thought we’d maybe get a surprise cameo somewhere along the way, but nope. Hawkeye is nowhere to be seen.

Uh… Maybe we will find out when Ant-Man and The Wasp drops.

In a near-throwaway scene, Rocket Raccoon gives Thor a new eye he found on some backwater planet, meaning Chris Hemsworth can finally get rid of the eyepatch he’s had to wear for half the film. Nice!

In between all the killing and the dying, Thor travels to Nidavellir, a real name of a place that exists in the movie, and meets Eitri, the Dwarf King. He’s played by Tyrion Lannister himself, Peter Dinklage, and along with Groot and Thor taking the full force of a STAR ON HIS BACK, forges the metal for a new weapon: Stormbreaker. This powerful axe can summon the Bifrost and gets Thor back in the battle right at the end of the film. 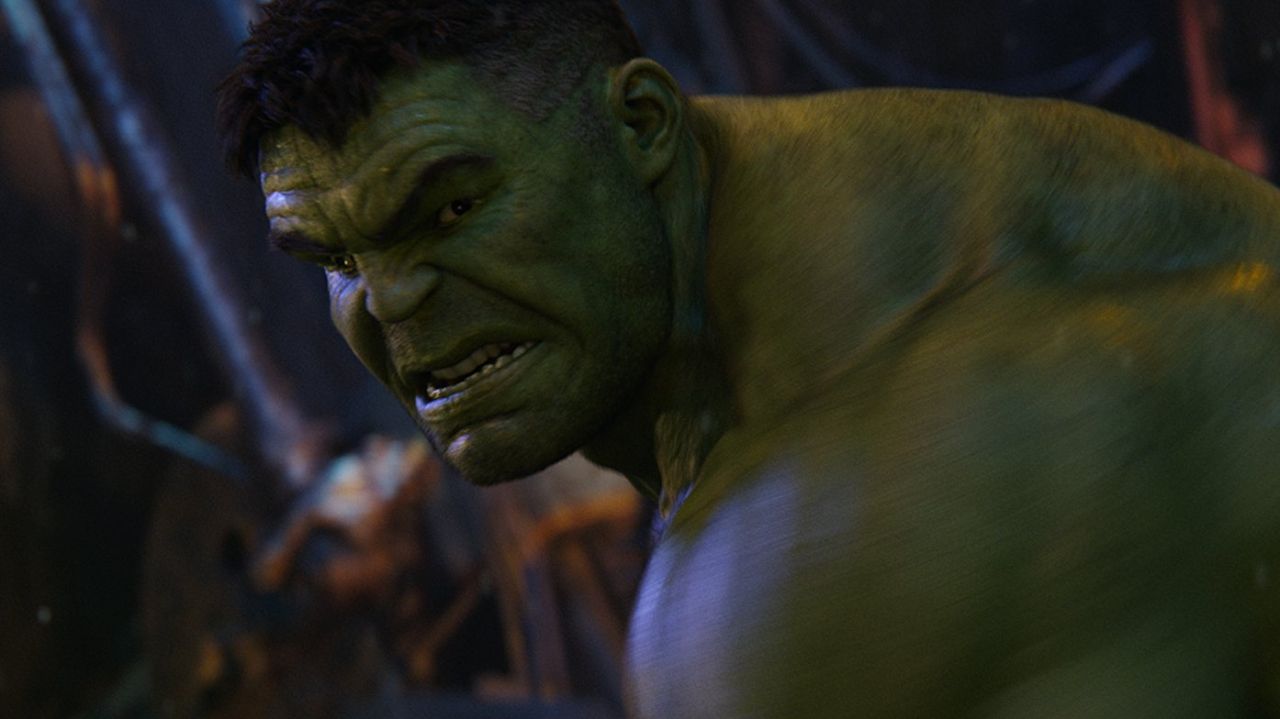 The opening scenes in the film take place on the Asgardian ship last seen departing Thor’s home world in Thor: Ragnarok. Thanos and his cronies (who all have names that sound like black metal bands – Cull Obsidian, Ebony Maw, Proxima Midnight and Corvus Glaive) have decimated the survivors of Asgard and Thor, Loki and Hulk are powerless to stop them. Thanos dispatches an enraged Hulk pretty easily, Ebony Maw puts Thor in a metal prison and gags him and then Loki tries to be a hero and stab Thanos in the throat. Of course, Thanos sees it coming and puts Loki in a one-handed sleeper hold that, it seems, breaks Loki’s neck.

Heimdall starts the movie on life support, crumpled at the bottom of that escaping Asgardian ship. Some predicted he had the last Infinity Stone, but those some are very wrong. Heimdall summons the Bifrost to get Hulk to Earth and then promptly carks it. Vale, Heimy.

All The Children of Thanos Die!

Thanos’ very black-and-white cronies are dispatched one-by-one by the cavalcade of Avengers stars. A concerned effort by Iron Man and Spider-Man to reenact the Queen’s Death scene from Aliens takes care of Ebony Maw, and then the other three nobodies die Avengers-related deaths in the climactic final battle. These glass tanks never stood a chance. Powerful, but they were doomed to be smashed to oblivion.

If you’re not up to speed with the MCU — and particularly with the Guardians of the Galaxy — then you probably aren’t aware that Thanos took the verdant-skinned Gamora under his wing when she was a child (as he, simultaneously killed her mother and destroyed her planet, because he’s that kind of Dad). He captures Gamora after she tries to kill him because Absentee Dad and they travel to this place called Vormir where Red Skull guards the Soul Stone! Yes, Red Skull is alive and well on a distant planet, guarding a stone. What a fall from grace.

Anyway, Red Skull makes it clear that the Soul Stone cannot exist unless Thanos sacrifices someone or something he loves and it suddenly dawns on him that he has to kill Gamora. So he throws her off a cliff and she becomes a stone on his finger. A modern day retelling of the old adage “If You Like It, Then You Better Put It Into A Ring And Wear It As A Source Of Power.” 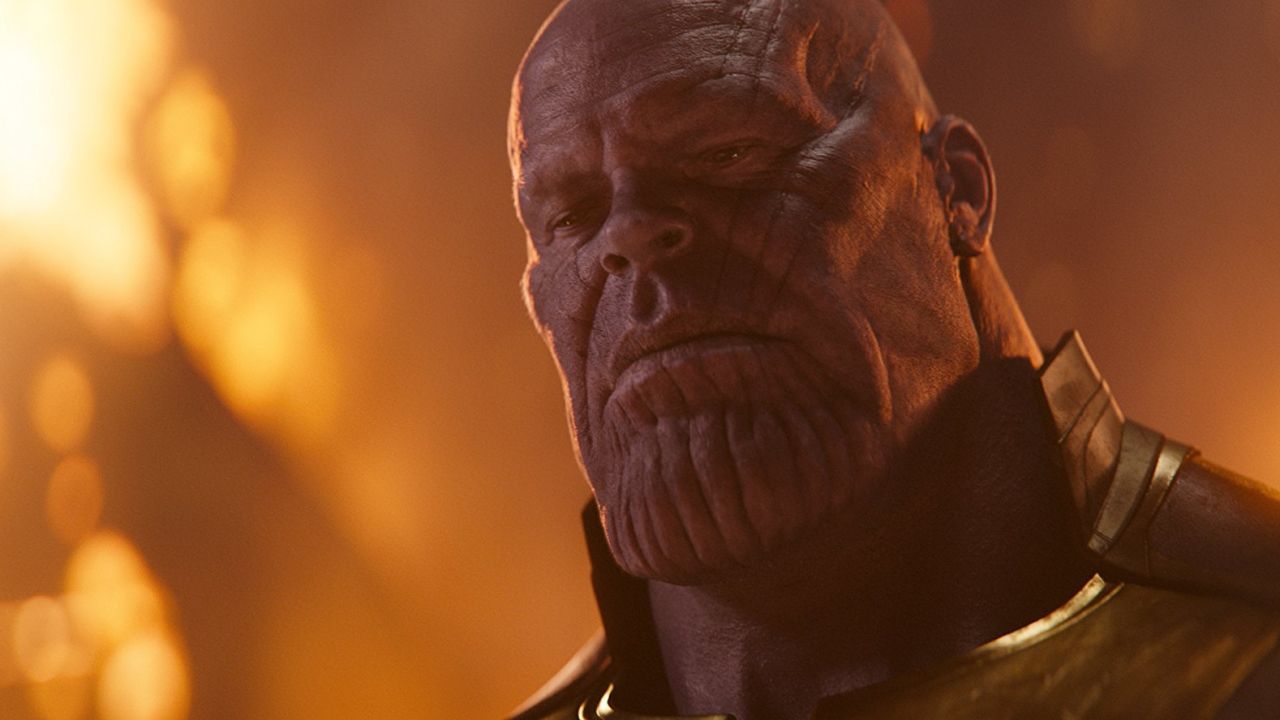 There’s a certain inevitability that creeps into the film in its final act, like you can feel that Thanos is clearly going to get all the Infinity Stones and that the film will end with the destruction of half the universe. That’s why Vision dying isn’t really a surprise. In a rushed B-plot, the Scarlet Witch-Vision romance never really gets to shine, but for the fact that in the film’s final thirty minutes, Witch has to kill Vision to prevent Thanos from getting the final Infinity Stone, lodged deep in his forehead.

So Scarlet Witch destroys the stone in Vision’s head while all the other heroes valiantly hold Thanos – five stones deep – off. It’s a tragedy. Scarlet Witch killing the man she loves, a person that truly gets her (after like 30 minutes of screen time together). However, Thanos has the Time Stone so he just rewinds time, Vision comes back to life and then Thanos kills him, again.

Half Of The Universe Dies!

The list is long. Spider-Man seemingly holds out against the Universe-wide cleanse, holding Tony Stark and looking wistfully into his eyes as if that burly, ripped physique just holding onto his wiry frame can keep him from dying. With his Spider Sense tingling, he probably could tell something bad was coming. We also lose Black Panther, Scarlet Witch, The Winter Soldier, Doctor Strange and Falcon – along with a myriad of B-heroes and humans.

Are you a Guardian of the Galaxy? Yes? Cool. Ya dead (unless you’re the trash panda).

And then, the cruelest blow of all: Nick Fury. In the post-credits scene, Nick Fury is travelling along with Maria Hill before people start disintegrating before their eyes. Hill starts disappearing and then Fury is on his way out too. Farewell, Samuel L Jackson. I’d say we hardly knew ye’ but you’re in like every single MCU film anyway and we knew ye’ really, really well.

That leaves us with the original Avengers: Captain America, Hulk, Thor, Iron Man and Black Widow. We don’t know the status of Hawk Eye. Man-Ape, War Machine Nebula and Okoye also make it through the universe halving.

Just before Fury disappears into the ether, he is able to send out a message on a shoddy old paging-type device. A star appears on the screen, then a familiar blue and red: The insignia for Captain Marvel, a superhero that will enter the MCU in 2019, before the Infinity War sequel. She’s been touted by the MCU bigwigs as the most powerful superhero yet – what will her role be in destroying Thanos and saving the universe? Will all our superhero friends come back? Are they dead for good?

Those things, fortunately, I can’t spoil for you, yet.