Australia’s Worst ISP For Netflix Is Now The Best

Telstra cops a lot of (hard-earned) crap for its antics, but in the last two years, the company has picked up its Netflix game compared to its competitors. Back in July 2016, Telstra was dead-last in the performance race. Now, it’s topping the list, neck-and-neck with the likes of Exetel and Optus.

Netflix provides access to global ISP speed ratings, which are updated on a monthly basis. This makes it easy to see which company is top dog — or how they’ve improved over time.

In Telstra’s case, everything’s pointing to the sky.

There doesn’t appear to be an official explanation for the improvement, other than throttling conspiracies and speculation regarding NBN connections propping up the numbers.

Whatever happened between May and September 2017, it did wonders for Telstra’s Netflix speeds. 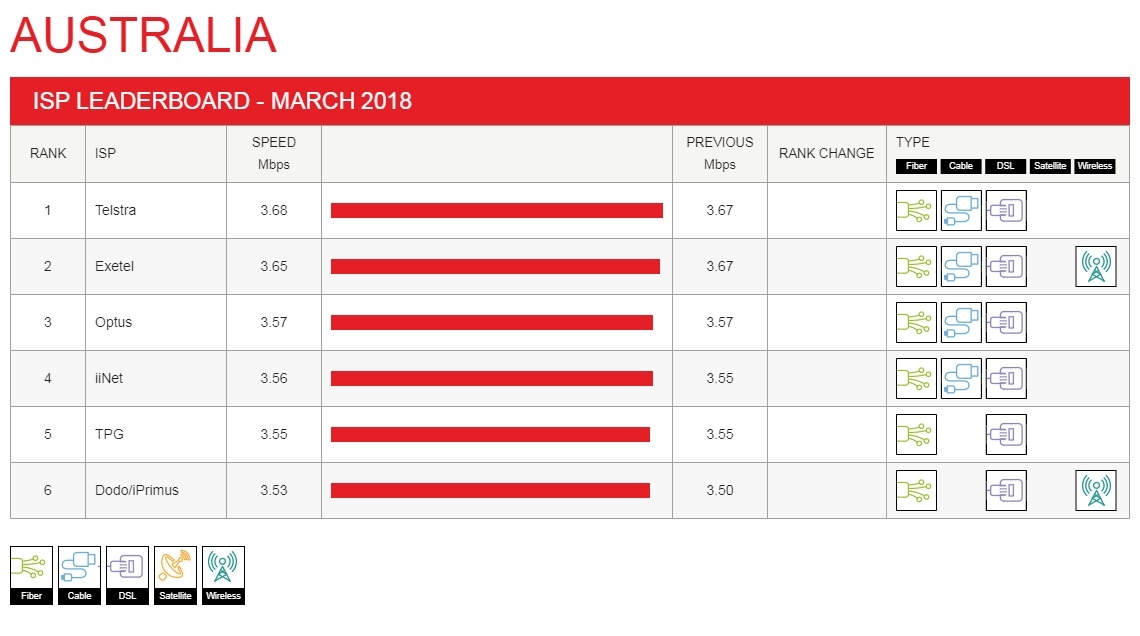 Looking at historical data, Telstra was bubbling away at around 2.28Mb/s up until April 2017. It appears the speed started to increase around May-June, before climbing up with the rest of the pack by September.

Since then, it has only improved or maintained its position, clocking 3.67Mb/s in March.

I doubt this will be enough to get anyone to switch telcos, but at least poor Netflix speeds are no longer a cross next to its name.