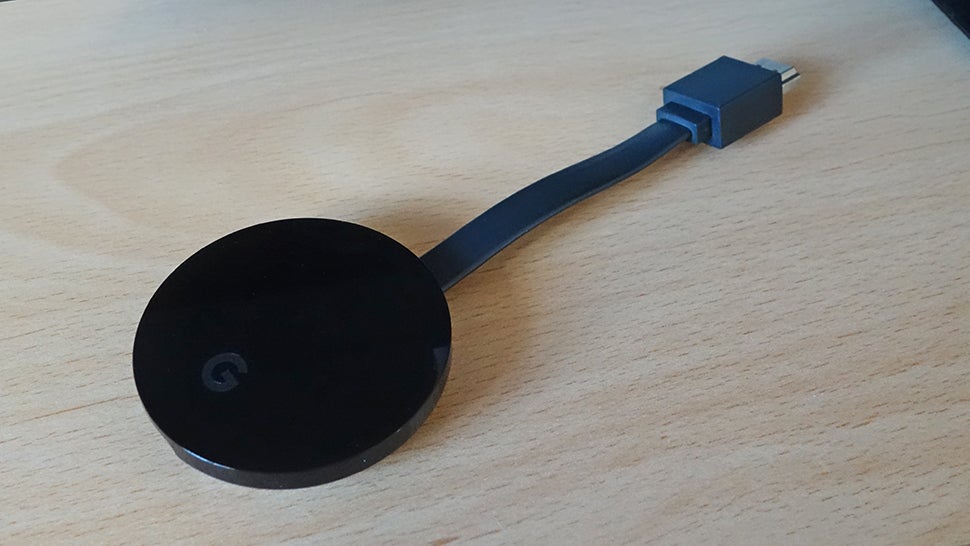 The Chromecast – that’s a dongle for getting movies and shows and maybe a bit of music up on your big screen, right? Well, yes, but there’s much more you can do with your Chromecast. All kinds of apps and games can benefit from the extra screen space – not just Plex and Netflix.

Whether you need some quick and easy party games, or to organise a group vacation, here are some of our favourite not video apps for Chromecast. 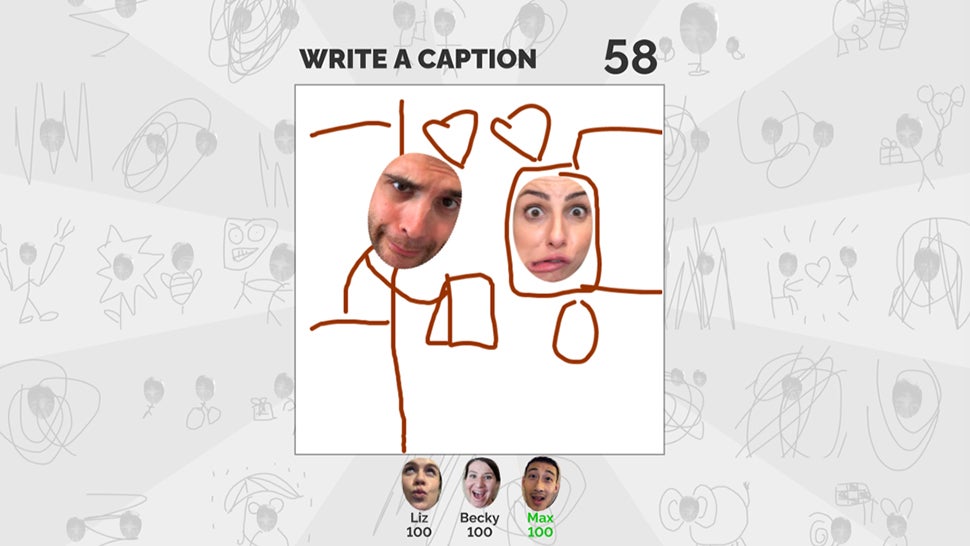 You don’t want to have the entire family or a gang of your friends crowded round your smartphone for a game, so get the whole experience up on the big screen instead. One of the newer games with this option is Selfie Games for Android or iOS: It will cost you $US7 ($9) to unlock the whole pack of games, but only one person in the room needs to buy it.

Once you’re up and running, other players can join through the app or by entering a code into the web browser on their phone. The main game involves a selfie take on pictionary, where you have to guess or supply captions for sketches you’ve made — everything is suitably light, colourful, playful and interactive, and the visuals and sounds are spot on. 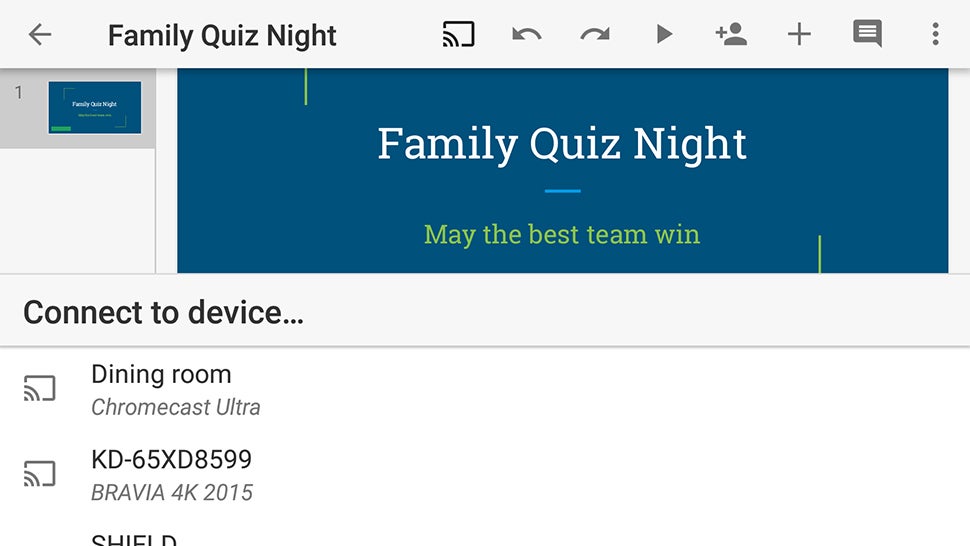 Microsoft hasn’t added Chromecast support to its PowerPoint mobile apps, but the feature is available in Google Slides for Android and iOS, and you can easily import files from PowerPoint into Slides anyway. With your presentation masterpiece up on screen, just tap the Cast button in the top right corner, and your slides get shown up on the bigger display.

Obviously this helps if you’ve got a presentation to make at a meeting – and saves you hooking up a projector – but you can also use Google Slides to welcome visitors to your office, or set up a quiz for the family to play at Christmas, or sort out some learning flashcards for the class, or anything else you can do with a screen and interactive slides. 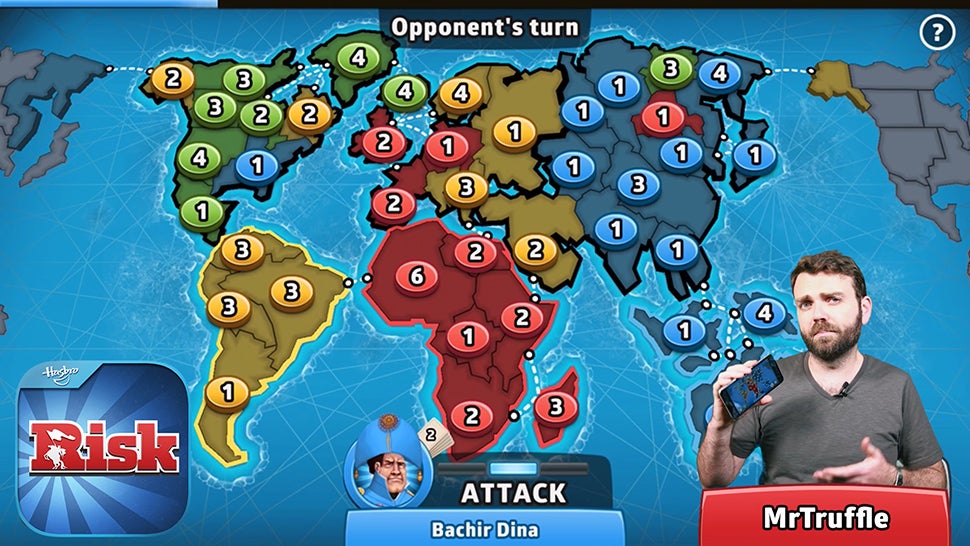 Turn your TV screen into a giant RISK board with RISK: Global Domination for Android and iOS. If you’ve ever played the board game then you’ll be right at home, but even beginners can pick up everything pretty fast. All players need the app installed before starting, but with no physical board you won’t have as much clearing up to do after the game’s finished.

If you don’t have anyone to play with, you can take on the AI built into the app, or challenge yourself against players from across the world. The game is free to try with extra map packs and unlimited games on offer as in-app purchases. 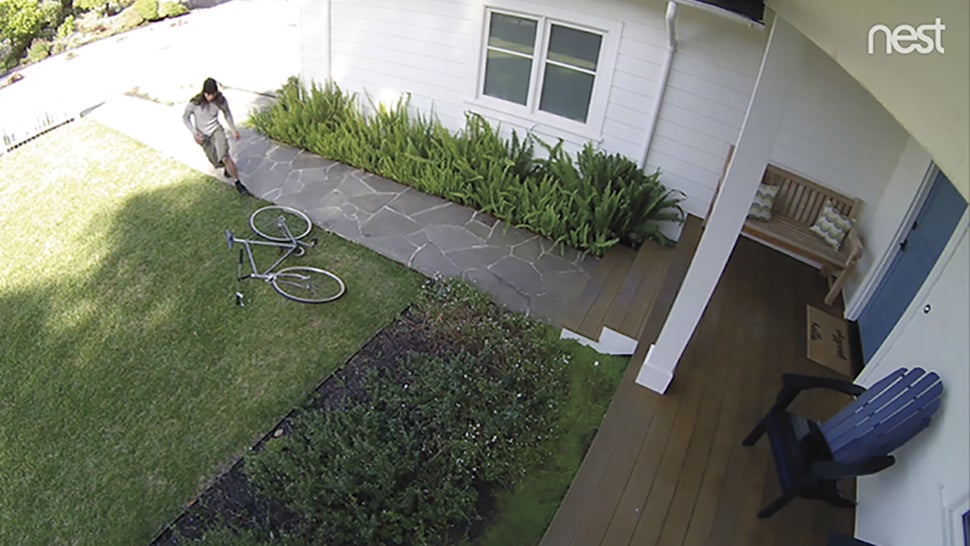 Wondering what’s happening out on the back porch or upstairs? You can find out by casting your security camera over to your big screen TV. Of course you can pull up the same feed on your phone, but this option gives you more detail to look at, is easier to glance at quickly, and lets several people keep an eye on the kids or the pets at once.

You can download Nest for Android and iOS and then use Google Assistant to connect cameras to Chromecast, though the setup procedure is rather complex and needs to go via Google Assistant. Other security camera apps can do the same trick, like tinyCam for Android for instance, which can connect a host of different feeds to your Chromecast. 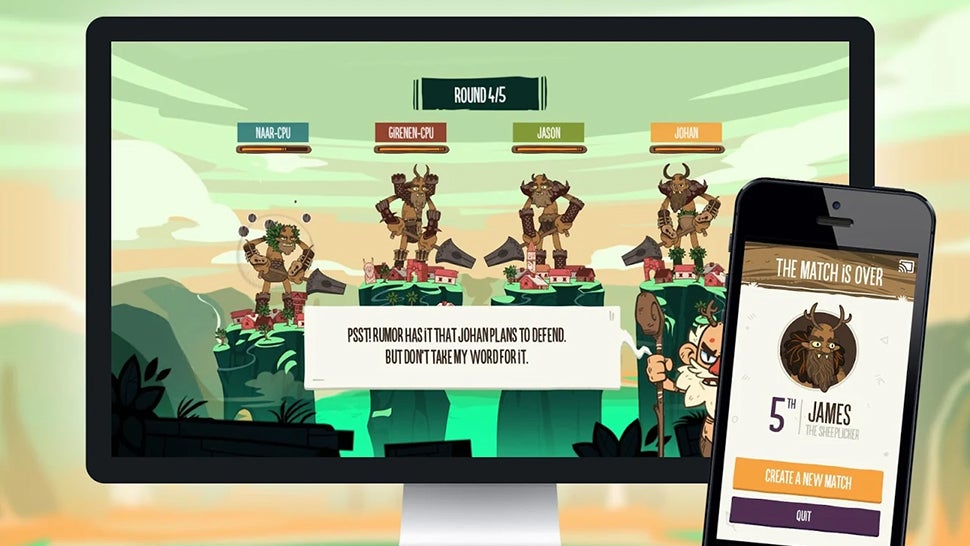 Tricky Titans for Android and iOS is a game specifically made for the Chromecast – you can’t play it without one. You and a friend can take on the might of AI-powered players as you look to knock down the towers of other giants and keep yours standing tall. It’s not a particularly complicated or hard game but it’s fun enough.

Because the game is built specifically for beaming through a Chromecast, it keeps the gameplay simple and won’t confuse you: You’re not going to miss something on screen while you’re staring down at your phone. Choose your move each round, then watch the action unfold on your TV. It’s all free to play as well, with no prompts for in-app payments. 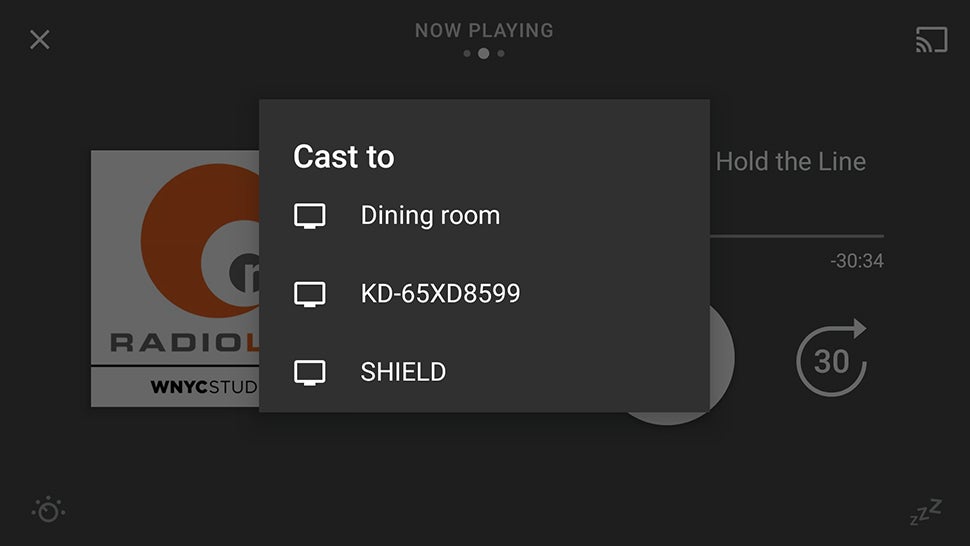 Think about your TV less in terms of the display and more in terms of the audio and a whole new range of options open up: Audiobooks, radio stations… and podcasts. Plenty of podcasting apps come with Chromecast support, so check out your favourite, but one that we regularly use and have tested with a Chromecast is Pocket Casts for Android and iOS.

It will set you back $US4 ($5) but it’s worth the price of admission: It shows whatever’s playing on the big screen, together with episode details and a progress bar (playback is still controlled on the phone). The experience isn’t hugely different to using your phone, but you get your TV’s superior audio, and can have it on in the background while you get on with other stuff.

7) Chromecast just about anything 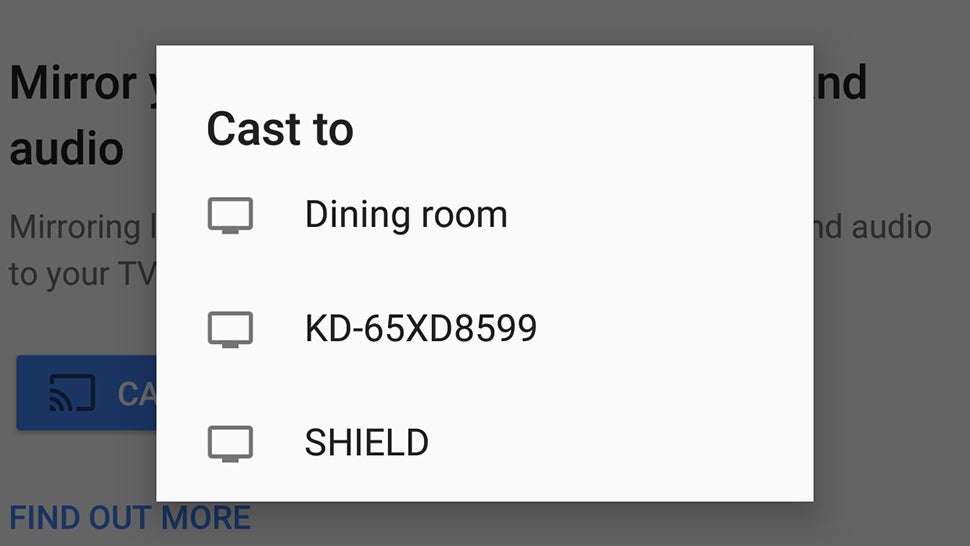 As long as your device is running Android 4.4.2 KitKat or later, you can cast your entire phone or tablet screen over to your Chromecast: Open Settings then tap Connected devices and Cast. If you’re not using stock Android, get the Google Home app installed on your device and choose Cast screen / audio from the main app menu to set this up.

Why would you want to cast your whole screen? It’s not fast enough to watch video or play games, but it’s great for getting text editing apps or websites up on a larger display so you can see them more easily. Or maybe you have to plan a trip with the whole family and want to get Google Maps up on the TV – it’s easier than crowding around a phone display.