Mac: It’s been a few years since we’ve seen AgileBits release a major update to its killer password management app, 1Password, which is why everyone’s so excited about last week’s debut of 1Password 7. This app should pretty much be a household name at this point, as it’s one of the major password managers we recommend to create and store super-secure passwords and passphrases.

If you aren’t using 1Password, you’re probably using an app such as LastPass instead, which allows you to store and synchronise passwords across your devices without paying a monthly fee. Still, $US3 ($4) each month is hardly a lot to ask for the convenience and security 1Password provides – and all the fun new features you’ll find in its most recent version.

If you're worried about protecting your online identity from hackers a password manager like 1Password is a good place to start, but setting up an account is only half the battle. Most of these services feature extra security features that you may not be taking advantage of.

Rather than going over all the cosmetic- and productivity-themed changes in 1Password 7 – including a new font, “Courier Prime Bits” – I’m going to focus on the one big one that everyone should use: The 1Password Watchtower. Spoiler alert for those still needing to watch Battlestar Galactica, but the Watchtower, in this case, won’t turn you into a Cylon.

Instead, this section of the app – accessible via the 1Password 7 sidebar – gives you a ton of information about your passwords’ strength. And I don’t mean using 31 different crazy characters in a row to ensure your password is practically unguessable. The Watchtower takes a look at the logins you store in 1Password 7 and lets you know when they’re compromised thanks to the major data breaches that seem to happen, oh, once a week or so. 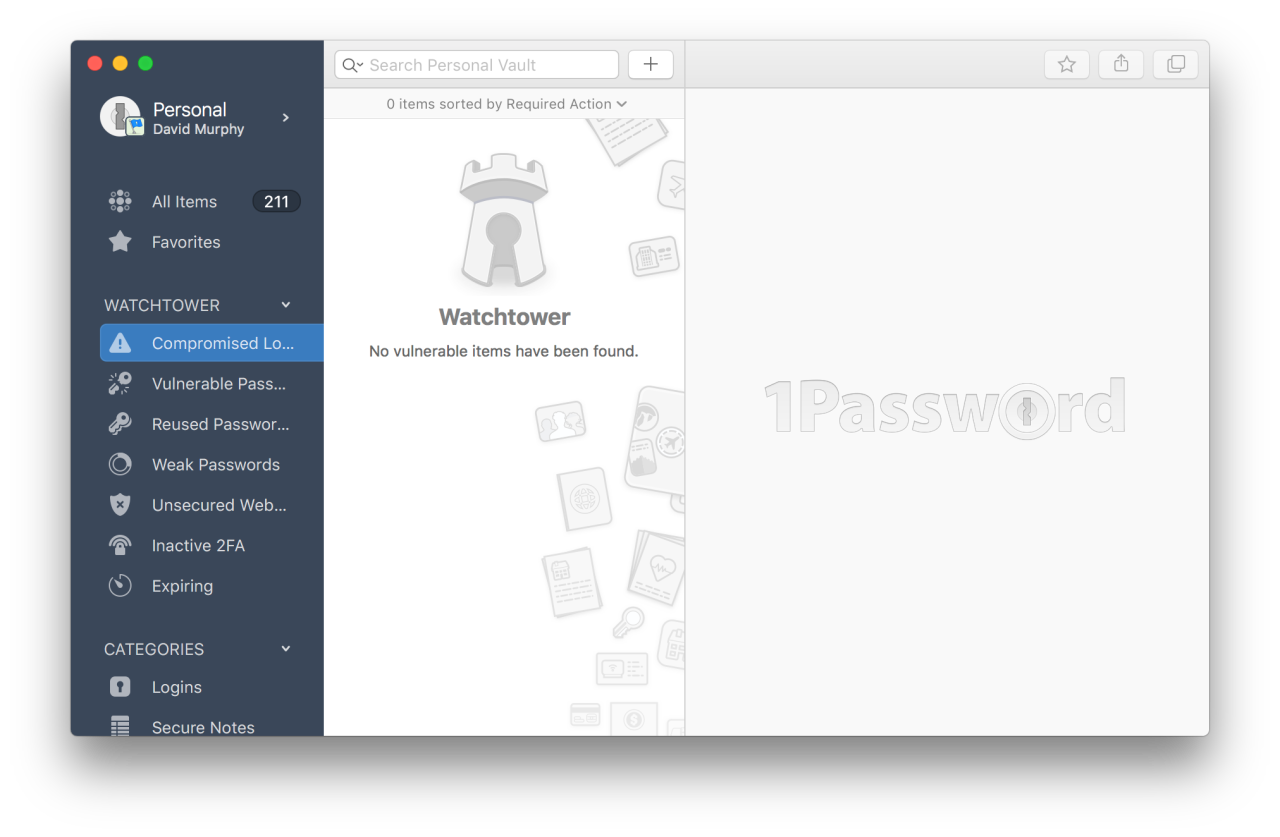 If you enable the feature, Watchtower can even check your passwords against the database over at haveibeenpwnd.com. If your password appears, and it’s fairly unique, then odds are good that, yes, it’s floating around the internet somewhere with the rest of your login information also attached. In other words, stop using that password, and change it anywhere you have used it. I also love how Watchtower tells you when you’re reusing passwords for different services. For most people, the list of repeated passwords is likley huge, because we’re all lazy and we like to just use the same hunter2 password for every online account we have. That’s a horrible security practice that almost guarantees your other accounts will get broken into once your “usual” login is leaked from some kind of hack.

It’s a tricky habit to break, but hopefully 1Password’s new “reused passwords” warning will be all the prodding you need. 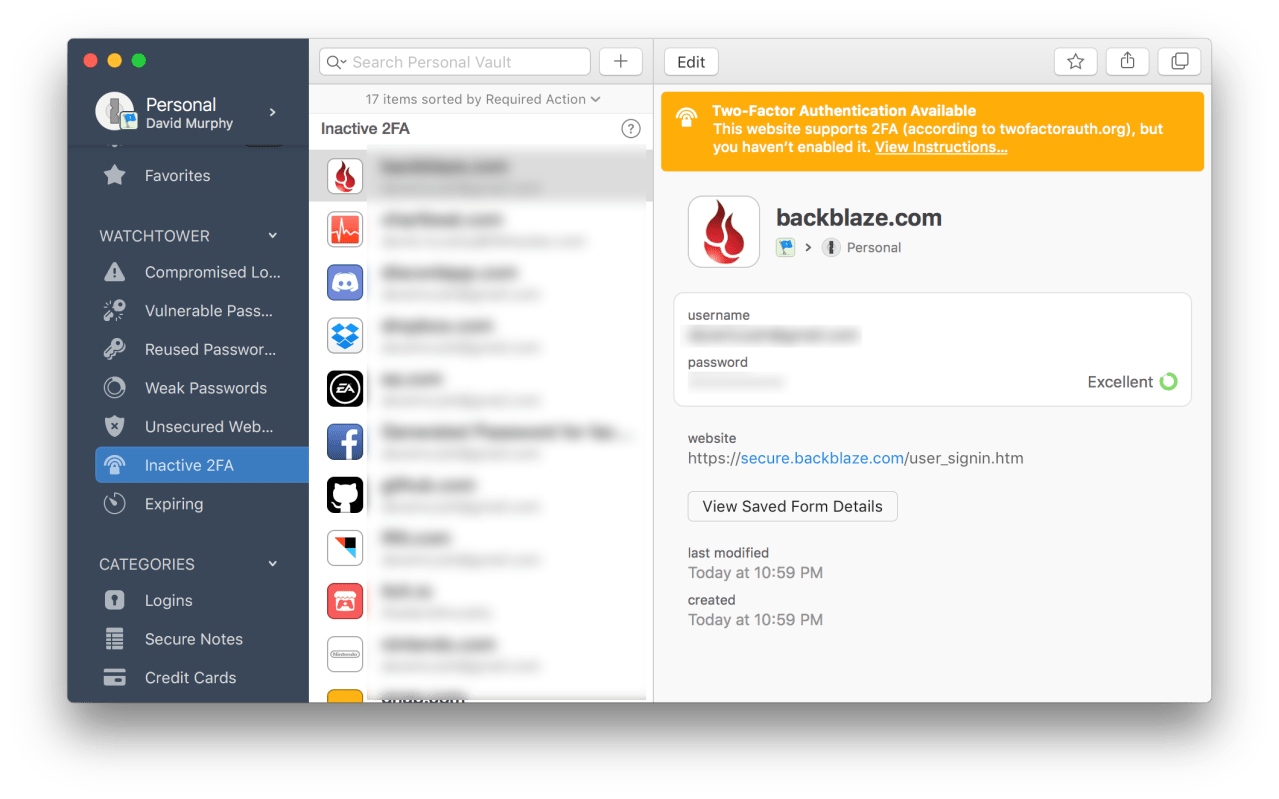 While 1Password 7 has plenty of other fun features to play with – including easier-to-manage password vaults, integration with macOS’ Spotlight, and Markdown support for Secure Notes, to name a few – the app’s new Watchtower adds a lot of justification for its cheaper-than-a-coffee monthly fee. If you only care about creating great passwords, storing them in an easy-to-access fashion, and having an easy way to see when it might be time to change them, 1Password 7 is the password management app for you.

Password management services such as LastPass and 1Password are great because they make it easy to keep all your online accounts protected by using a single encrypted master password… at least in theory.