The Weirdest Fast Food Menu Items From Around The World 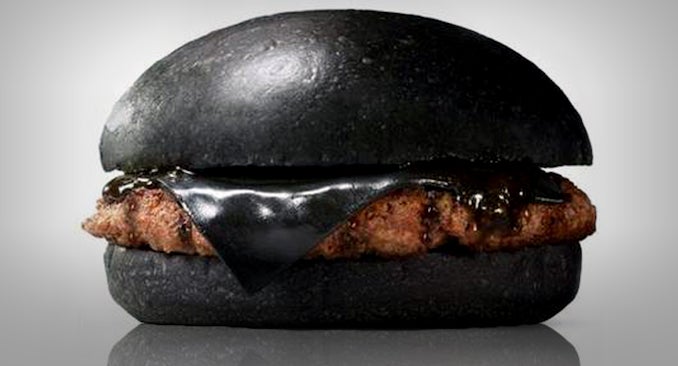 Most leading fast food franchises are available in multiple countries around the world. However, the menu options can vary wildly depending on the tastes, culture and customs of locals. Here are ten extreme takeaway oddities that you can only get overseas – from Burger King’s fabled black Kuro Burger to KFC’s “Fish Donuts”. If you’re a fast food fanatic, consider this your bucket list!

Top 10 Unusual McDonald's Burgers From Around The World

McDonald's operates in all around the world, so it's hard to escape – but if Maccas looks like the only food choice, that doesn't mean you have to settle for a Big Mac. Here are ten Maccas oddities you can pick up from around the world. Singaporians clearly have a death-wish. How else do you explain the existence of these fish-filled breakfast donuts from KFC? The very thought of this unholy trinity makes us queasy, but the next time we’re in Singapore we totally have to try it. At McDonald’s India, you can get a miniature calzone-style pizza filled with mozzarella, diced carrots, bell peppers, beans, onions and peas. In a country where cows are sacred, this is what you get instead of beef burgers. 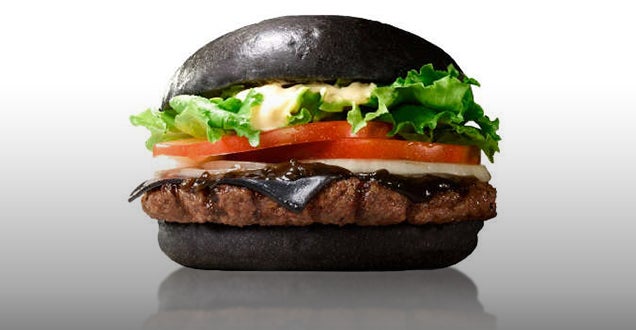 To quote Nigel Tufnel from Spinal Tap; “It’s like, how much more black could this be? The answer is none. None more black.”

The Kuro Burger range from Burger King Japan features black buns, black sauce and black cheese (eew). The distinctive colour of the cheese and buns is caused during the smoking process with bamboo charcoal. The sauce, meanwhile, it blackened with squid ink and the beef patties are darkened with black pepper. Why settle for a black burger when you could have black and white? The heibai liangdao tongchi Black-and-White burger combo from McDonald’s Taiwan proffers racial harmony in the form of paired buns. The black burger consists of an ink-coloured bun, mashed potatoes, truffle sauce and two beef patties, while the white burger comes with mashed potatoes, mushroom sauce, bacon and a fried chicken patty. Available from MOS Burger in Japan and Singapore, the Gomoku Kinpira is a vegetarian “burger” consisting of seasoned veges and nori/seaweed tucked inside two rice buns. If you’re tempted by the concept of a rice burger, you can get vaguely similar offerings from MOS Burger Australia. As a general rule of thumb, you can usually gauge how appealing a fast food item will be by the model in the advertisement — if she takes centre stage, you’ve probably got a dog’s breakfast on your hands. To promote its Ebi Filet-o burger — comprising a deep-fried shrimp patty, lettuce and spicy sauce on a Big Mac bun — McDonald’s Japan roped in the services of actress/model Yuri Ebihara. This probably tells you everything you need to know. Pizza Hut in the US was pretty pleased with itself when it worked out how to stuff cheese into its crusts. Meanwhile, the Hong Kong chains are so far ahead of the curve that they might as well be operating on another planet. You can even get pizza crusts filled with caviar. Fancy. Australia’s fast food chains have been toying with healthier menu items for years now, but we still have a long way to go before we catch up to our international cousins. At Burger King in the UK, Bean Burgers are part of the permanent menu. It consists of two breaded soy bean patties topped with ketchup, tomato and cheese on a 7-inch sesame seed bun. As the restaurant notes: “It’s full of good stuff, and tastes even good-er.” In Italy, Macca’s patrons can opt to substitute fries for an individually wrapped bar of authentic Parmigiano Reggiano cheese. Here’s another oddity from KFC Singapore. For breakfast, hungry Colonel Sanders’ disciples can snap up a steaming bowl of rice porridge filled with diced KFC chicken pieces. Unlike most of the food on this list, we’re actually keen to try this one.