Why Some Drinks Seem To Make Hangovers Worse 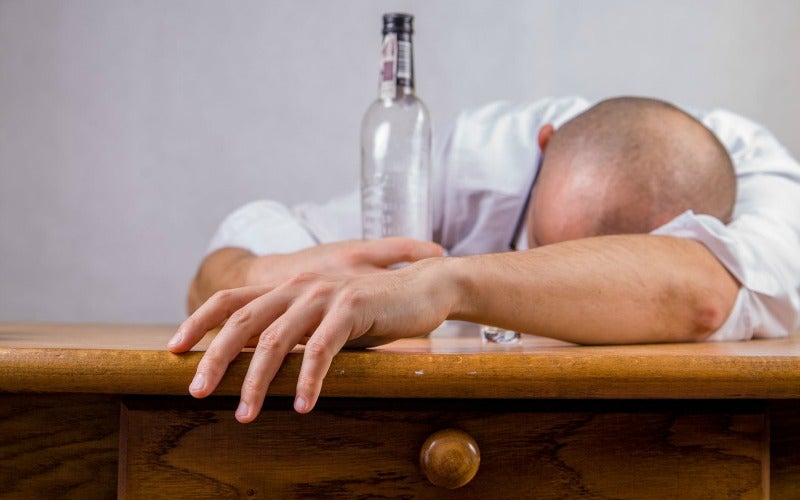 Hangovers are horrible. No one wants to get them, but the only way to avoid them entirely is to avoid drinking, which isn’t exactly a fun proposition for those who would like to have a few cocktails either.

At its core, a hangover is most often caused by dehydration, so it can be a good idea to drink as much water as you can before, during, and after that big party where drinks are being served. However, the type of alcohol you choose to drink can also play a role in how hungover you are the next day.

A Dutch study discovered that darker alcohol tended to make college students more hungover the next day than lighter alcohol. The reason is that when the alcohol is fermented it creates chemicals called congeners (and alcohol). The congeners help make for some of the interesting flavours you find in darker booze like red wine and whiskey, but they’re also responsible for rougher hangovers.

When something is filtered a lot, some of those congeners get removed as well. So, something like Smirnoff, which is distilled 10 times might leave you better off than another vodka that was only distilled four times. There’s also an argument out there for avoiding super sugary or bubbly mixers, which have both been proven to make that hangover come a bit faster as well.

In truth, the only way to truly avoid a hangover is to just not drink. However, when you’re given the choice between whiskey shots or vodka shots, there’s a decent argument for going for the lighter-coloured booze.

Worth noting, the same study discovered that liquor, in general, is more likely to cause a handover than a glass of wine or beer, in part due to their higher alcohol concentrations. I could have told you that from my own personal “research,” but it’s still good to know that science backs me up.