In an age where we can pull a small handheld computer from our pocket it and ask it to show us the quickest route to a pizza shop, it’s easy to forget that we used to have to navigate our world using things like a compass. Snooze. The Vikings, ever brave, had to navigate the iceberg-rich waters of the North Atlantic without Google Maps.

How did they do it?

The Vikings were particularly adept sailors and they had to be to travel between their settlements in present-day Norway, Iceland and Greenland. The navigational tool they used was not a magnetic compass, but a solar compass, which uses the position of the sun to establish which direction they were heading.

However, sailing in the cold, cloudy, foggy waters of the North Atlantic meant the sun was often obscured. Without being able to see the sun, the vikings had to employ an alternate method of navigation.

No, this isn’t some whack theory about the Earth’s energies and how the sun can be captured in a mineral. This is ~science~ baby!

A recent report, published by Dénes Száz and Gábor Horváth in Royal Society Open Science, suggests that when conditions were unfavourable the vikings could use a technique known as ‘sky polarization’ and ‘linear polarizers’ (sunstones) to orient themselves and make the journey between Greenland and Norway.

Sky polarization and linear polarizers is essentially a way of saying the vikings held crystals of calcite, cordierite or tourmaline to the sky, every few hours, to navigate on voyages.

Even in cloudy skies, this has been shown as a theoretical way to determine the location of the sun, based on the way that light scatters, using a complex model known as the Rayleigh sky model. There’s a lot of complicated physics around how scattered light is polarised, but it has been previously theorised this is how the vikings could navigate when met with a sunless sky.

Of course, to test whether this was possible, the research team couldn’t get out there and try it themselves. Instead, they ran 3600 computer simulations of a viking ships voyage between Bergen in Norway and the south-eastern coast of Greenland to determine the plausibility of using a legendary crystal as a compass.

The distance, as the crow flies, is a solid 2600km (give or take my error of where the viking settlement was) and usually took about three weeks of voyaging, so this was no Sunday sail. 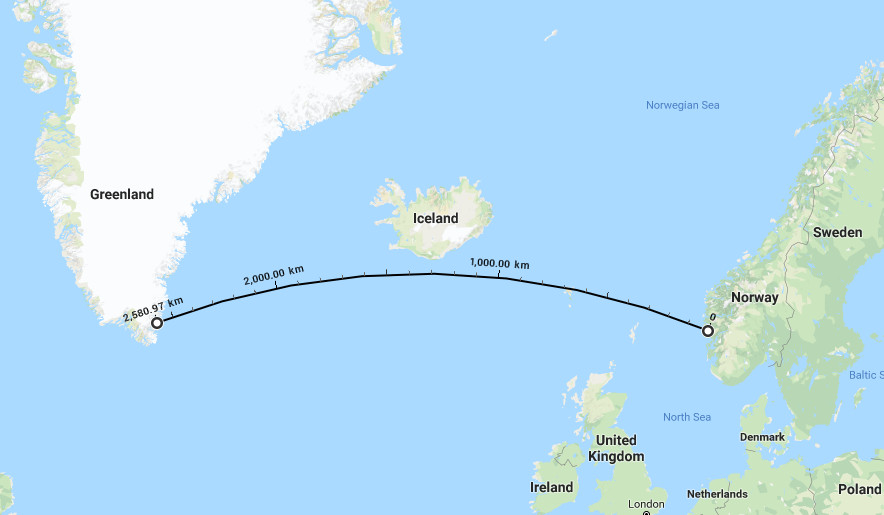 During the simulations, the research team varied the type of crystal used as a ‘sunstone’ and how often the viking navigator was checking the position of the sun with said crystal. Curiously, the ship only reached Greenland between 32 and 59 percent of the time when the navigator checked every four hours. If the navigator was checking the sunstone every three hours, the ships basically hit land every time (92 to 100 percent) – and that was regardless of what crystal they were using (calcite, cordierite or tourmaline).

Next step: determining if the vikings could use sunstones to find where they left their bloody car keys.

Today I Discovered is a daily dose of fact for Lifehacker readers – the weird, wonderful and sometimes worrying. Most of the time, it’s just mind-blowing. Let us know if you discovered anything that blew your mind in the comments!