These Are The Coolest New Features In Gmail’s Redesign

If you use Gmail and Google Calendar, planning an event over email should be easy, but it can be annoying to jump back and forth between the two apps to check your availability. Now, it looks as though Google finally has a solution to this first-world problem, and you’ll find it in a major update coming to Gmail’s desktop view.

Via The Verge, we know that Google is planning to add a new sidebar to Gmail that can display a big, pretty view of your calendar. That way, if your coworker sends you an email proposing meeting times for later in the week, all you have to do is glance to the right to see when you’re free. The sidebar can also be used to display Keep (Google’s impressive note-taking app) or Tasks (a useful to-do-list that already comes built into Gmail). 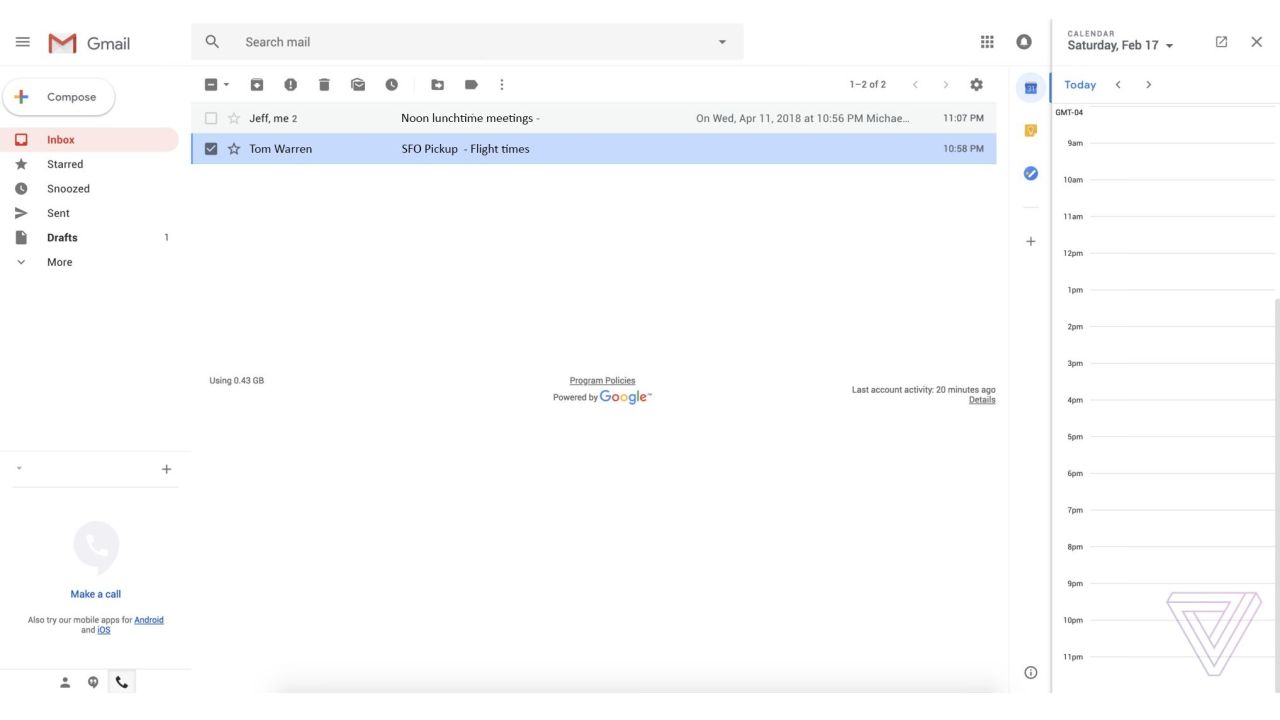 Beyond the new sidebar, the browser version of Gmail is also borrowing a few tricks from its mobile version. When the update hits, you’ll be able to Snooze emails on the desktop to remove them from your inbox until a set time, which is really useful if your inbox is a total mess like mine and you’re worried important messages will get lost in the clutter. Google’s update also adds Smart Replies – those AI generated one-click responses that are cool, but not always usable. 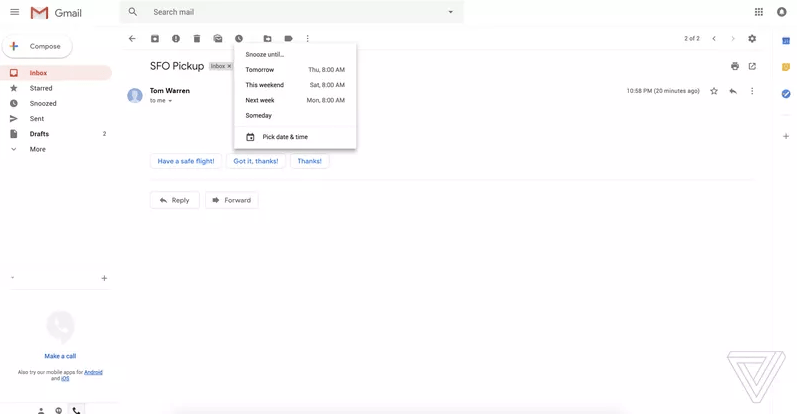 It’s unclear exactly when the update will hit, though it should arrive pretty soon. In a statement to Mashable, Google said it needs a “bit more time” to finalise the changes, with an official announcement likely in the “coming weeks”.