Android: It looks like Google is finally adding a long-missing feature to Android with its next big update. When Android P arrives this fall, you’ll (finally) be able to set different default volumes for your various Bluetooth devices. 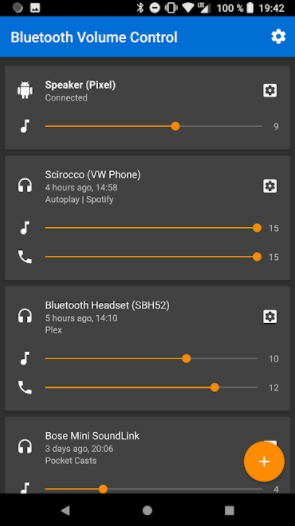 That might not seem like a big deal on paper, but if you’ve ever used a Bluetooth speaker to blast music at home and then switched to wireless headphones, you know that forgetting to first lower the volume can be a real headache (literally and figuratively).

The new Bluetooth volume feature was recently spotted by XDA-Developers on Google’s Android development site, where a single line of text states the company will “implement Bluetooth device volume memory.”

It’s likely the feature will make it into the Developer Preview 2 of Android P before Google (likely) releases the operating system this fall. If you don’t want to wait, there’s an Android app that can bring the same feature to your phone right now.

The easy-to-use Bluetooth Volume Control lets you set different default volume levels for each of your paired Bluetooth devices. On headphones, you can even set two separate volumes: one for music and another for phone calls. The app is completely free and supports any Android device (running version 4.4 of the OS on up). It’s a great option if you have an older Android device that might not get the bump to Android P — potentially anything that’s past its two-year birthday.