The Problem With ‘Bikini Transformation’ Photos

Taryn Brumfitt has a bone to pick.

“It’s no wonder the Kayla Itsineses of the world are making millions and millions of dollars, she has the perfect business model — create a problem and provide a short term solution that results in repeat business,” she says. Ultimately, this promise of “bikini nirvana” only leave women feeling frustrated. Here’s why.

The founder of The Body Image Movement, and mother of three, is calling out celebrity fitness stars and Australia’s $7 billion weight loss industry, saying their trendy body transformation programs “promises bikini nirvana but only leaves women feeling frustrated and even more dissatisfied with their bodies”.

The Australian body image activist knows about it all too well.

After the birth of her children, Brumfitt became obsessed with regaining a pre-pregnancy figure, taking up a punishing weight-loss regime, and even competing in a bodybuilding contest.

Despite achieving a “perfect figure”, Brumfitt was desperately unhappy, and decided to return to a more relaxed workout regime.

It was after this journey that she decided to post online a before-and-after picture, but instead of it capturing a weightloss transformation — like the countless photos that flood social media — the before picture was her at her thinnest, the after shot was Brumfitt at her happiest. 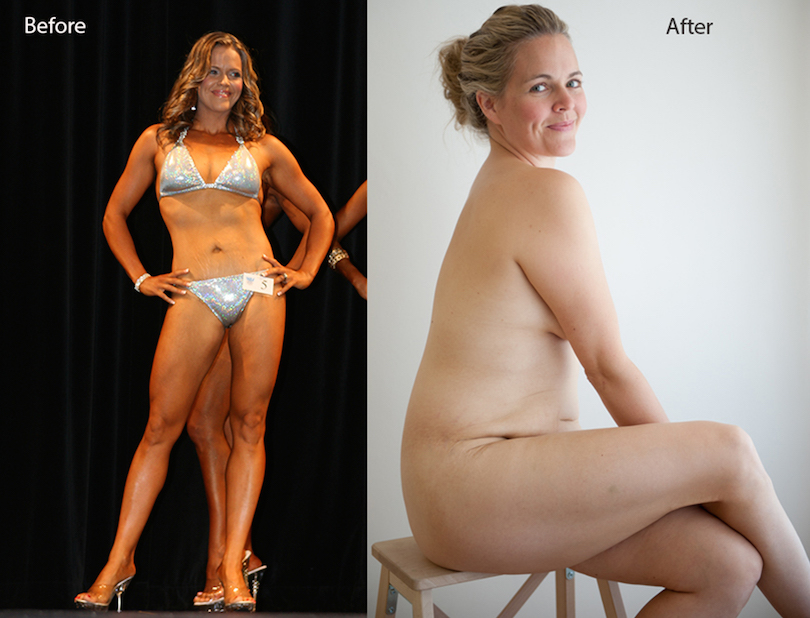 Her before-and-after photo that went viral.

“I thought it might help people but the response was mind-blowing,” she says. “It went viral and became this internet sensation and suddenly I found myself doing interviews with the world’s biggest media outlets and talking about how women see their bodies.”

Since then she has been voted as General Electric’s best rated speaker, written a number one best-selling book, founded the Body Image Movement, produced a documentary and now launched a 4-week program aimed at teaching life-changing, practical solutions that show people how to love and embrace their body.

As part of her quest to get people feeling better about themselves, Brumfitt is taking on Kayla Itsines, an international fitness sensation whose 12-week Bikini Body Guides and social media posts have made her not only famous but very wealthy.

“If all of the 12-week and bikini body programs and diet programs like Weight Watchers and Jenny Craig actually worked, then why do we have an obesity epidemic?” Brumfitt says.

“Short term programs are too intense, often torture for the body and are not sustainable long term. Programs that are focused on weight loss, calories in and out, measurements and worst of all ‘getting a bikini body’ promote disordered eating and lower women’s self esteem.

“Kayla Itsines promotes only one type of body – the bikini body. If you visit her website and Instagram pages you will have to search very hard to find another type of body different from her own. The only time you do see an alternative to the ‘bikini body’ is in the gallery of shame – the infamous ‘before’ photo.

“I want to make it clear that having a bikini body does not equate to good health or happiness. The box gap, the hip bridge, all of the hashtags that are used to celebrate parts of a woman’s body have to stop. Women’s bodies are more than a hashtag.”

Why before-and-after photos are ‘devastating’ for your health

Brumfitt thinks the trend of posting transformation photos on social media is having a “devastating” impact of women’s mental health because it doesn’t show you “what the woman in the ‘after’ photos has given up to look like that, money, time, relationships, even health”.

“It was revealed recently that more and more personal trainers and fitness models are using steroids to look the way they do. Combined with face tuning, photoshopping and filters, how is the the ‘everyday woman’ going to keep up with this warped constructed view of beauty?”

And the psychologists agree.

Sarah McMahon, director of Body Matters, who has been practising psychology for 15 years “totally agrees” and says it is setting people up to fail.

“Before-and-after photos can be very dangerous,” she says. “They perpetuate the idea that health should be quantified by the number on the scale and that a healthy lifestyle results in weight loss. Neither of these is necessarily true. 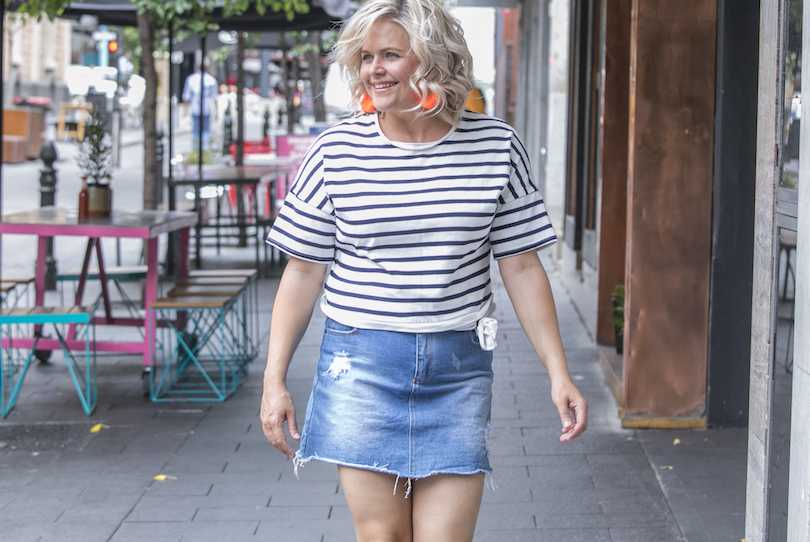 “The fact is we can’t judge how healthy a person is just by looking at them. Furthermore, increasing engagement in health giving behaviours may not necessarily result in weight loss. For many, this is demotivating, particularly when they think it will.

“Even when other health indicators improve due to increased engagement in health giving behaviours- such as fitness, blood pressure or mental health outcomes- too often people stop these behaviours if obvious weight loss has not occurred. This leaves so many feeling like they have failed the program, regardless of what positive lifestyle changes they have made.

“Feeling like a failure impacts on women’s self confidence and their willingness to participate in programs like this again. For some this can lead to a deep and paralysing sense of shame which actually encourages the avoidance of self care and healthy behaviours. For others, a vicious cycle of yo yo dieting and disordered eating ensues.”

She too has her own opinions about short-term exercise guides.

“Our bodies aren’t designed to maintain a weigh and shape that these programs promote,” she says.

“I don’t want to body shame (Kayla Itsines and Michelle Bridges)… but that fact that they exist in the bodies that women aspire to… It means they are presenting a product that women consider to be achievable – but to achieve this they will likely resort to unhealthy practises.

“I would say that if someone is exercising twice a day and limiting what they are eating, that is disordered.

“If someone came into my office and described that behaviour I would be really concerned.”

Back is my new favourite thing to train! I have improved my posture soooo much! Would you ladies like me to do a back training video to show you how I’ve improved the way I stand and my posture through strength training ?? Let me know in the comments below ???????? www.kaylaitsines.com/app

Instead of looking for a quick fix in fad exercise programs, Brumfitt has this advice for women:

“Looks are fleeting and a bikini body will not make you happy.

“Fuel your body with foods that make your body feel good and gives you lots of energy.

“Respect that your health is not just physical, it’s mental, emotional and spiritual too.

“We are so much more than just the sum of our looks, focusing on getting a ‘bikini body’ the words that are plastered on everything Kayla does will lead you to disordered eating, weight cycling and forever desiring something more or something less.

“You will always find something wrong with your body when your focus is just on the exterior. If Kayla truly wants people to be happier and healthier, she would promote more diversity in shapes and abilities of bodies.”

Kayla Itsines declined to comment to Business Insider in response to Brumfitt’s remarks.