April Fool’s Day 2018: All The Best Online Gags You Missed This Weekend

At the turn of the century, the world’s leading companies discovered this newfangled thing called the internet. Ever since, there has been an endless procession of PR stunts masquerading as April Fools’ gags come April 1. As annual traditions go, it’s somewhere between ostentatious Christmas lights and Talk Like A Pirate Day on the annoyance scale.

Most of their output is pretty groan worthy – but among the lame jokes and cynical hard sells are a few genuinely inspired creations. Some perfectly skate the line between ludicrous and plausible while others are just plain funny. Here are the best fake ads and products of 2018 so far.

Yates_SYNC: Talk To Your Plants

This is the kind of prank that makes me hope that in the future, Day of the Triffids actually comes true and the plants gain sentience and thisake over the world because they don’t deserve this. Nobody deserves this. If you could actually talk to the plants, they would probably tell you how horrendously you’re taking care of them and how humanity is getting closer and closer to wiping them out for good as we head towards nuclear annihilation.

Or maybe I am overthinking it.

The Initial Coin Offering no one asked for, but we got anyway, was unveiled by Pringles. They’re calling it Chiptocurrency. Oh, dear.

“Today we’re excited to announce the upcoming ICO (initial coin offering) of Pringcoin, a chip-centric currency and trading platform that helps chip eaters across the country monetise on their flavour creations.” Yeah, nah.

Not What You Egg-spected, Reese’s Pieces

The premise of this April Fools’ joke presupposes that we all flip open egg cartons prior to purchase. Does anyone actually do this? Anyone at all? [Dep Ed. – Chris, I do this, all the time. You gotta check your eggs before you wreck your eggs man!]

We’re pretty sure most Americans would genuinely welcome this service – especially for those hard-to-understand cockney accents. (On a side note, BBC’s Elizabeth Bennet was one of my first celebrity crushes.)

Genetic Select by Lexus and 23andMe

Charlie Brooker is totally going to steal this premise for the next Black Mirror episode.

Sodastream has got to be blackmailing Thor “The Mountain” Björnsson to appear in all these ads. Maybe they’re holding his cat hostage, or something. If you want to really dive into this elaborate mistake of an idea, you can visit an entire website for it.

SpielBurgers are not burgers made of Steven Spielberg

BIG NEWS GUYS!! As a tribute to the legendary director of #ReadyPlayerOne, we’re going to change the name of our Charbroiled Sliders to #SpielBurgers. @StevenSpielberg hasn’t signed off yet, but we’re pretty sure he’ll be down with it. pic.twitter.com/botJPM0Hjn

Burger house and recent Australian immigrant, Carl’s Jr., thought they could just go and change the name of their burgers to SpielBurgers in honour of the Great Man himself and he would allow it? Have we reached an era where we are making elaborate Twitter feuds for PR now.

Looks like the award for ‘Most Easy Phenomenon To Target On April Fools Day 2018’ is going straight to Bitcoin and the Blockchain. Hopefully we get to see the cultural value of April Fools Day crash harder than Bitcoin has and then we never have to worry about it again.

T-Mobile put your phone in your shoe, Agent 99

I’m not filled with crippling, physical pain because of this advertisement for a shoe that is also a speaker and camera and is actually something you can buy just not in this way (if you’re in the USA)! No, I’m not filled with pain at all, I’m just in the fetal position because it’s comfortable.

Duolingo is making beers, and why is that such a joke anyway? 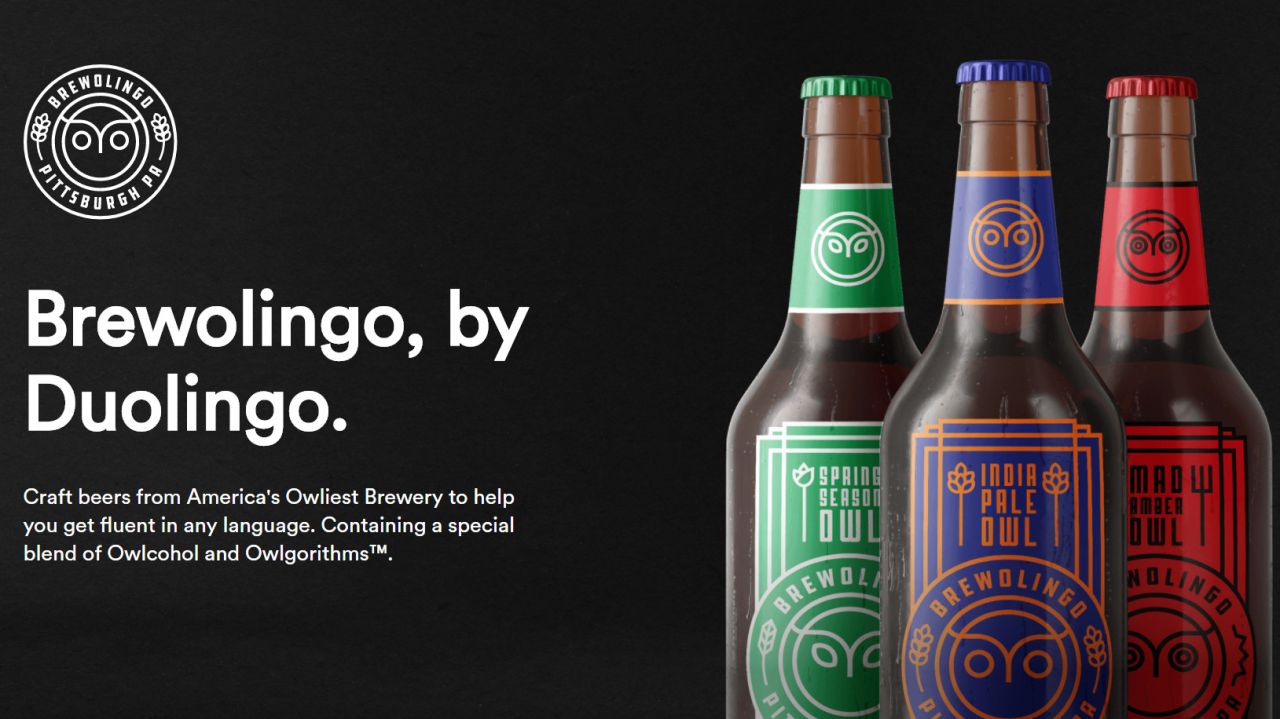 Language-learning app Duolingo are launching their own line of craft beers, because apparently you learn better when you are tipsy. I love the design on these things too, sleek! Even though it’s BUY NOW link currently doesn’t allow you to purchase the beers – this seems like one destined for reality.

Razer wants to be inside you

OK, not Razer itself. Not the company. That would be strange (and painful). No, Razer has come up with “Project Venom V2”, an energy drink that not only gives you a shot of special, performance-enhancing (and entirely legal) chemicals, but a little package of “nano-mechanical bots”. That’s right, Razer’s gone full Michael Crichton. Fortunately, the little blighters, which are “expertly programmed and calibrated for esports” look deliciously phosphorescent.

Hornhub is exactly what you think it is 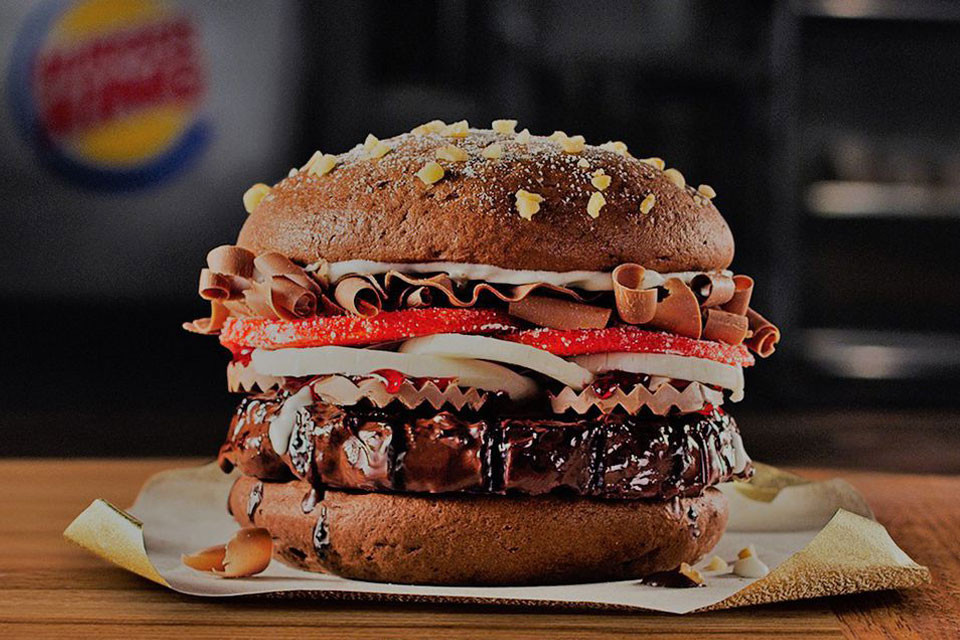 Don’t play with my heart like this, HJs. This actually looks delicious, but it would surely be worse for your arteries than the regular stuff HJs serves up.

That’s all we have for now – but check back over the coming days as more and more PR companies send their fake news into overdrive!