What It Feels Like To Drive A ‘Self-Driving’ Car

I let a Tesla drive me up the highway from Sydney to the Hunter Valley and I was absolutely shitting myself.

Let me start by saying this: In my life, I have owned six vehicles. All cars. All four wheels. I’ve been driving for 12 years. I’ve been alive for 28. I’ve had one car stolen, several break down and there was one I crashed into the back of an orange Holden Commodore on a winter’s night in my early 20s.

That is to say, I have a pragmatic approach to cars. They get me from point A to point B. I don’t need many bells and whistles. A stereo that I can turn up to maximum volume. I like cup holders, definitely. Power steering is nice, too.

Truth be told, I’d roll down the windows if I still had to do so.

The press trip was marketed to me as a ‘recharge’, for obvious reasons. The double entendre leant itself to both the relaxing lifestyle change I was about to undertake – travelling from Crowne Plaza to Crowne Plaza – and the vehicles that I was going to use to get between them.

It was only when I was confronted with the Tesla Model X and the Tesla Model S, and their suite of internal souped-up tech, that I was to commandeer over some 72 hours that I started to get excited. 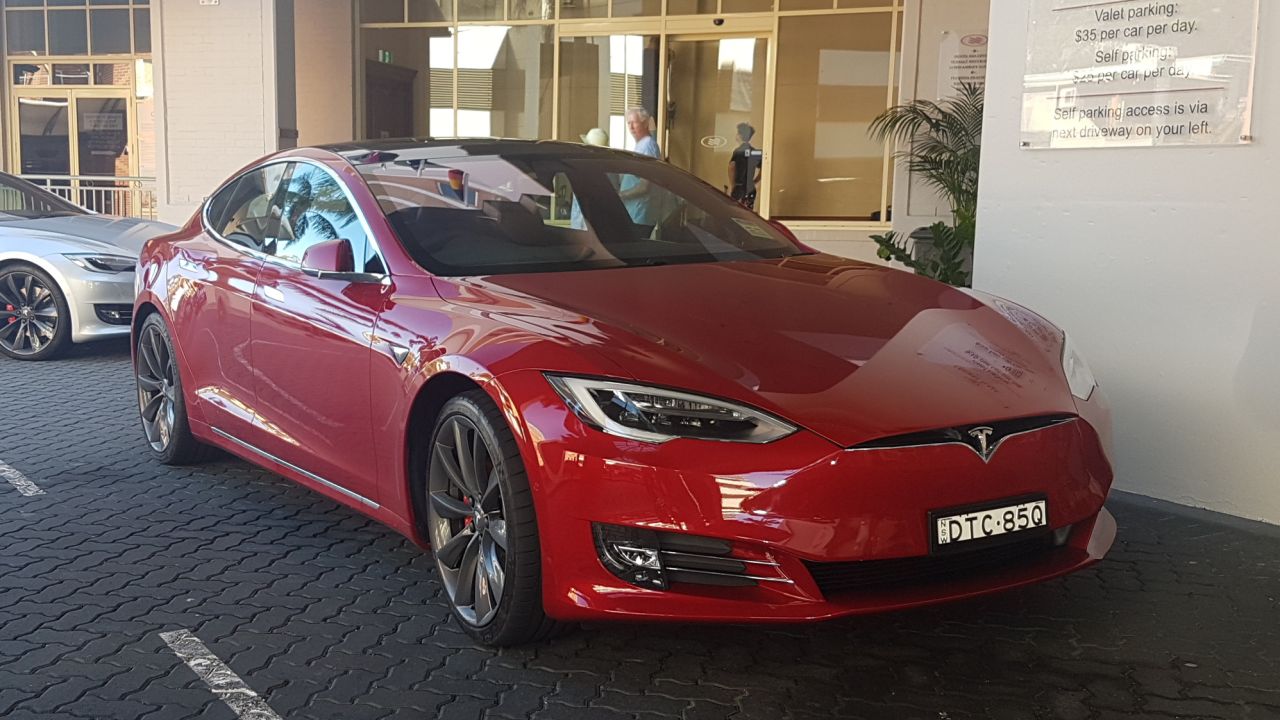 The Tesla spokesperson ran us through exactly what was going on inside the car and the sort of tech that we should trial during our journey.

GPS tracking, a rear-view camera, adaptive cruise control, storage options – these are all features you’re likely to find in other vehicles – and the spokesperson gave them the necessary spotlight before moving onto the real point of difference for Tesla.

Although currently still in Beta, Autopilot allows the car to, practically, drive itself. It’s a semi-autonomous mode that utilises the cars array of sensors, radar and cameras to detect and respond to the world around it.

What every single person on that press trip wanted to find out, whether they said so or not, was just how autonomous the Tesla could really be.

What I wanted to find out was: Would I be able to relinquish control of driving to a computer.

The answer was no.

Or more accurately, not really. 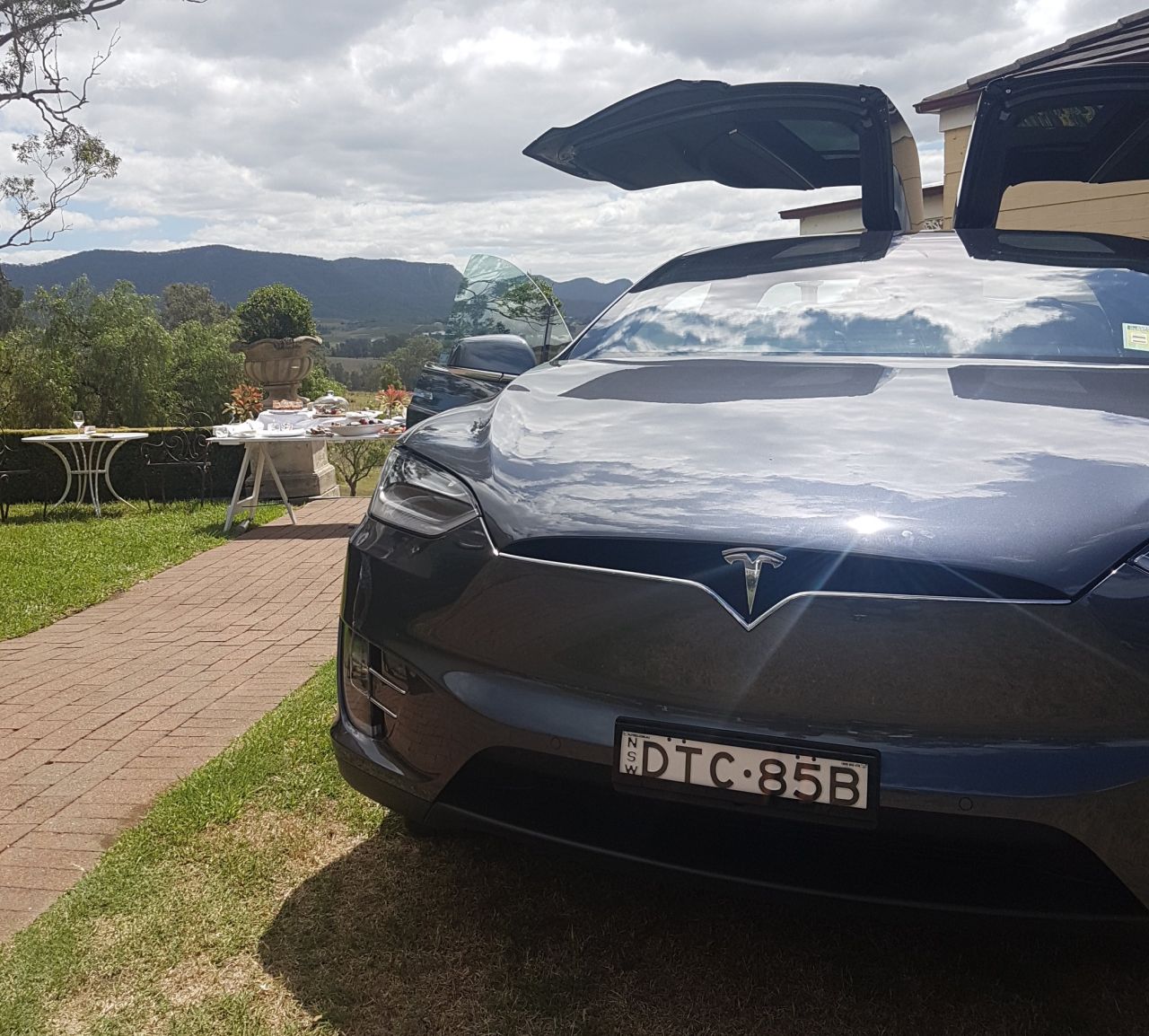 The Falcon-wing doors of the Tesla Model X

My first experience with the Tesla was in the ‘falcon-winged’ Model X, Tesla’s family-sized electric SUV. In ‘Ludicrous’ mode, which has nothing to do with the rapper of the same name, the car can go from zero to 100km/h in three seconds.

As we cantered out of Sydney in the mid-morning traffic, the Tesla spokesperson travelling with us reiterated some of the earlier lessons. However, until we hit the open highway, she suggested against using the Autopilot mode.

Once we hit the four-lane highway heading north to Crowne Plaza Hawkesbury Valley, where a Tesla destination charger awaited, I was ready to hand over control. 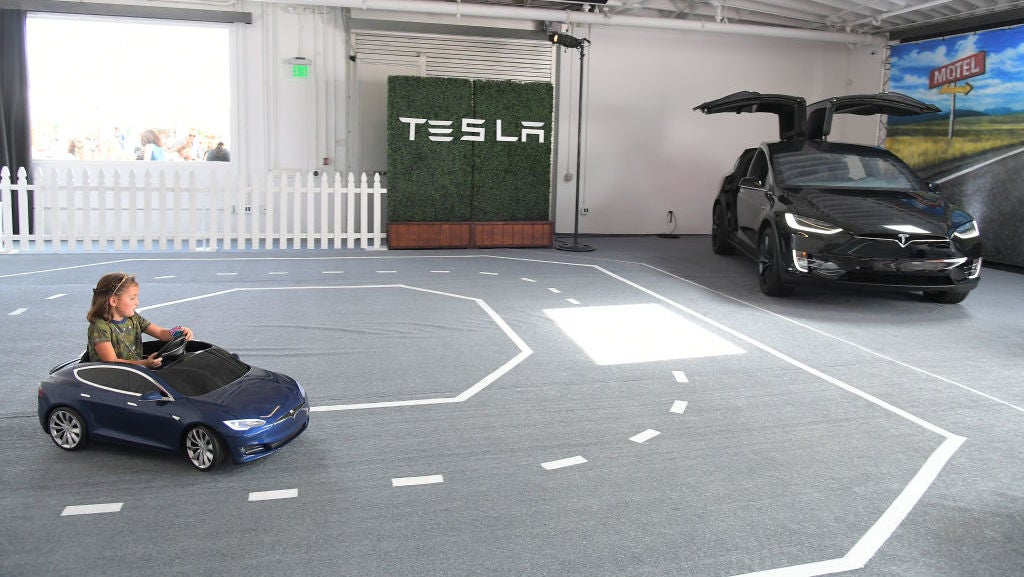 I've always wanted to drive a Tesla. Silent electric motors, instant torque and autonomous driving capabilities? Sign me up. As luck would have it, during my Christmas vacation spent at my partner's parent's home, I was able to drive their Tesla Model S for a week. The experience was, in a word, magical -- primarily because of the differences between a Tesla and a traditional automobile.

To initiate Autopilot in the Tesla, you need to pull the cruise control stalk toward you twice. A small chime alerts you that the car is now ready to take over the driving. On the dashboard, a blue light denotes that the car is assessing and reacting, in real-time, to the road and the other vehicles around you. You’re meant to hold onto the wheel.

You can see the wheel turn gently and quickly adjust, constantly trying to keep itself within the lane markings. On a straight stretch of highway with moderate traffic and no changes in surface conditions, lighting or the like, Autopilot is flawless.

It does drive itself.

It won’t change lanes without your guidance, but it will keep a pre-set distance behind the car ahead, adjusting speed and acceleration as necessary. As the cars ahead slow down, it will too.

The Tesla did run into a little trouble when we were off the motorway.

I played passenger as we drove through the curving roads in New South Wales’ Hunter Valley region. Intrigued, the journalist who was driving turned on Auto Pilot as we slowly wound our way through a mountainside, just to see how it would go. The car appeared to have trouble detecting the lane markings and so, as it began to veer off into the gravel at the side of the road, we decided to leave it to the humans.

There is still a ways to go, it seems. 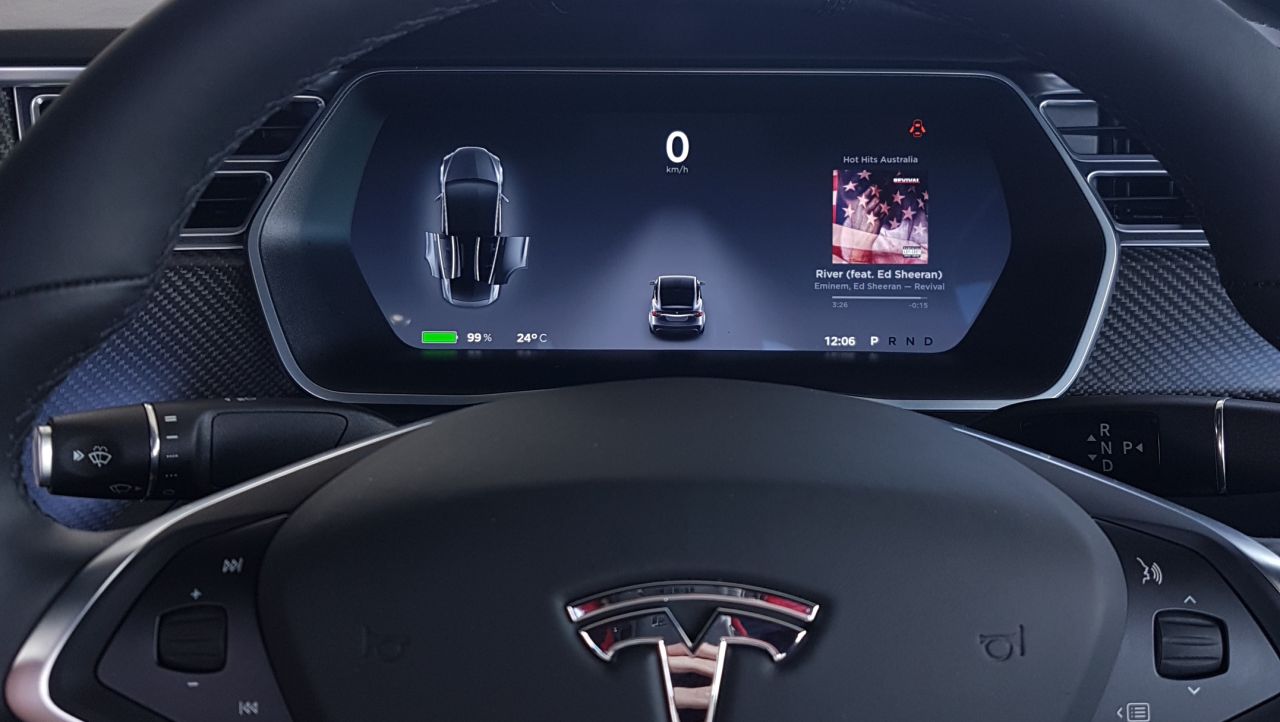 As we reached out destination, our fellow travellers constantly remarked about the weirdness of the whole thing, usually following those remarks up with how remarkable it is.

It is absolutely bizarre but it is remarkable.

It is truly strange to try and recondition your mind to the idea that you can let the car do it’s thing. It feels wrong. The Tesla spokesperson kept mentioning how, on long drives, engaging the Autopilot would reduce fatigue because you don’t have to be 100 percent focused on many different things at all times. You can let the car handle driving and keep a lookout for any problems. I can see how this might be the case.

Yet, when I was behind the wheel, I remained alert.

I wasn’t just watching the road – I was watching the way the Model X interacted with the lane markings, the trucks at my left and right, how quickly the car picked up speed or slowed down (which was very quick) and a myriad of other tasks that my brain had mostly relegated to my subconscious for 12 years.

But I loved it – I just couldn’t convince myself that it was real.

Right now, that’s how it feels to drive a Tesla.

Lifehacker travelled to the Hunter Valley as a guest of Crowne Plaza, Tesla Australia provided the wheels.