Telstra has recorded smartphone speeds topping 1 gigabit per second (Gbps) on its network using the new Samsung Galaxy S9 and S9+. This is the first time in Australia that speeds in excess of 1Gbps had been demonstrated on a commercial network with a commercial smartphone. Here are the details! 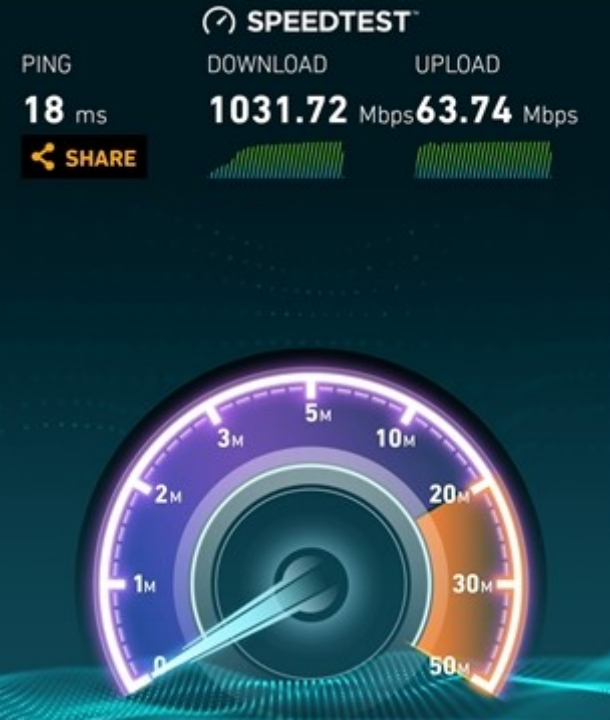 The highest speed – 1.03Gbps – was recorded in gigabit-enabled parts of Telstra’s 4GX mobile network in Sydney.

It launched its first commercially available gigabit-enabled 4G service in early 2017. Telstra’s gigabit-enabled coverage is available in the Sydney and Melbourne CBDs (3km radius), Brisbane and Adelaide CBDs (2km radius), and “a number of sites in selected high traffic locations”.

Gigabit LTE deployment is also under way in the Perth CBD.

“As smartphones evolve and we move into the 5G era there will be a new raft of sophisticated features that are enabled by reliably fast data speeds.

“High-quality augmented reality, virtual personal assistants that anticipate needs and virtual doctors that monitor vital signs are just some of the technologies that are on the horizon.”

If you’re keen to check out the Galaxy S9 UI yourself – albeit not with 1Gbps download speeds – you can get a taste on your current phone by downloading this app.

If you've been thinking about purchasing a Galaxy S9 but aren't quite sure you're ready to bite the bullet, Samsung has created a way for you to give the phone a test drive using your current device.