Samsung Is Still King Of The Androids

With a refined build and improved camera, the Galaxy S9 shows that Samsung is still the company to beat when it comes to flagship Android smartphones. Here are all the ways it improves on its predecessor – and pretty much every other phone on the market.

The Samsung Galaxy S9 has landed in Australia and while cosmetically, it doesn't change the formula too much, under the hood it's got a lot going on and puts itself high on the list of Android devices that you should be looking at. But is it worth your time? Let's find out.

Last year’s Galaxy S8 and Note8 were beautiful devices with exceptional cameras, and the kind of fit and finish that keeps Samsung devices the stand out choice among Android phones. Samsung’s AMOLED screens are simply the best in the business, and the seamless way the screen blends into the aluminium case feels better in the hand than any other phone. All of this is true again with the S9 and S9+.

But all this was let down by Samsung’s biometric security in last year’s phones; perhaps not a deal breaker for the average consumer, even though it should be. The fingerprint reader right beside the camera lens was an awful spot for two reasons; one, it was so high up on the device it was unreachable, and two, more often than not you’d smudge the camera lens trying to feel for the reader.

Samsung introduced iris and face scanning last year too, but neither were reliable enough to unlock your phone, a task that needs to be performed often and fast.

The Samsung Galaxy S9 and S9+ release today in Australia and they look pretty spectacular. You wouldn't want to get a little scratch on them would you? What about a tiny little dent in a corner?</p><p>Grubby fingers all over that AMOLED screen? No, no, no. You need to protect that thing. Here's some of the best cases for Samsung's latest.

Sadly, they’re still not reliable enough. The iris reader requires you peel back your eyelids, like you’re re-enacting that scene from A Clockwork Orange, while face scanning is still confused by glasses, stubble, or anything but perfect lightning conditions. But it doesn’t matter, because on the S9 Samsung has moved the fingerprint reader back to a sensible, reachable spot, and all’s right with the world.

The back and forth between Apple and Samsung over who has the best camera in a smartphone continues with the S9. After Apple stole the crown with the iPhone X, Samsung is back to challenge, banking on the low-light performance of the S9 and S9+.

It’s true both can pull some incredible photos in darker conditions from their tiny sensors, thanks to the wide f1.5 aperture, but the automatic settings can be a little aggressive at times. When shooting landscapes or still subjects, you’ll get fantastic shots in the dark, although Samsung favours a brighter image with more noise over a darker, cleaner shot. But if you’re shooting a person, they’ll need to be dead still to avoid looking blurred.

Actually, Samsung’s imaging processor seems aggressive across the board. Its cameras continue to favour an oversaturated look, call it a K-Pop filter, which either looks amazing or just a little cartoonish, depending on the subject and your tastes. The dual lens of the S9+ includes a portrait mode that blurs out the background with far more intensity than similar portrait modes from Apple and Huawei, although Samsung lets you adjust the focus after the shot if you need to tone it down. 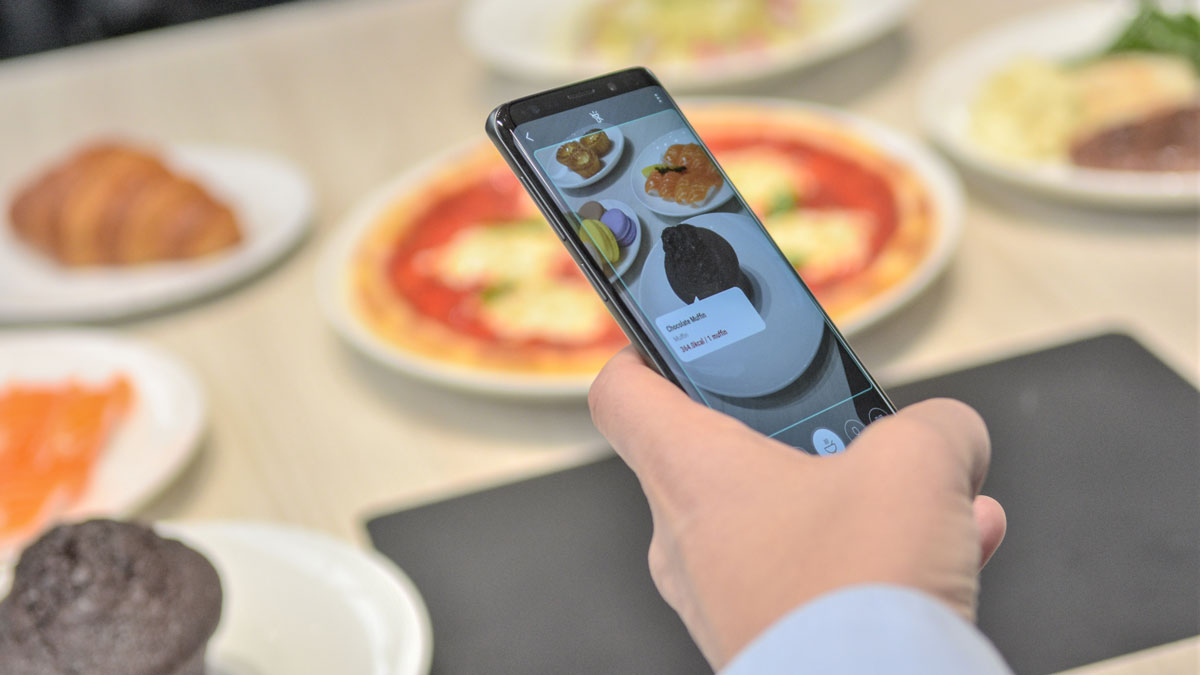 Despite these complaints, the images coming from this phone are still pretty phenomenal. I just wish there was a setting in the automatic camera mode to tone it all down a little — in the same way you can choose the colour balance of the screen — from dynamic to natural.

And of course my complaints are all subjective, so I’d encourage you to read comparisons between the Samsung S9+, the Google Pixel XL, and the iPhone X, the three best camera phones on the market today, and choose the look you like the best.

I was incredibly impressed with the camera’s video performance though. In 1080p at 60fps, video looks smooth and sharp. There is a super-slow mode capable of 960fps, which is a fun novelty, but I can’t see myself using this often.

Finally, Samsung are bringing its range of beautiful colours to Australia. Our conservative carriers normally stock just black and white variants, but this year the phones will be available in Blue and Lilac, with matching wallpaper and widgets that give the devices a beautiful look.