How To Turn A Cocktail Into A Pie

Dessert and cocktails both come after dinner, but combining them is a tricky business indeed. The best boozy desserts neatly split the difference between sugary treats and nightcaps; the worst are indistinguishable from mild physical assault. Sadly, the latter is far more common than the former – but it doesn’t have to be.

For my money, pies are the best kind of boozy dessert. A splash of liquor unmistakably flavours pie filling without compromising its structural integrity – which isn’t the case with cake, cookies, ice cream or even buttercream frosting. My birthday was this past week, which was the excuse I needed to finally make a Negroni pie.

Making a Negroni pie couldn’t be simpler: Add the equivalent of two Negroni (30ml gin, Campari and sweet vermouth each) to four egg yolks and a can of condensed milk (with optional red food colouring), bake in a par-cooked crust until set, chill overnight, and top with whipped cream and orange zest. That’s it.

It’s always Negroni season in my soul so, unsurprisingly, the pie was a revelation – and it got me thinking about how to make a boozy pie that prompts your guests to ask “What’s in this?” with perplexed delight rather than barely suppressed disgust. Based on the Negroni pie and my own experiences, I’ve come up with six tricks for truly successful boozy pies to guide your pie-making plans.

Use A Very Light Hand 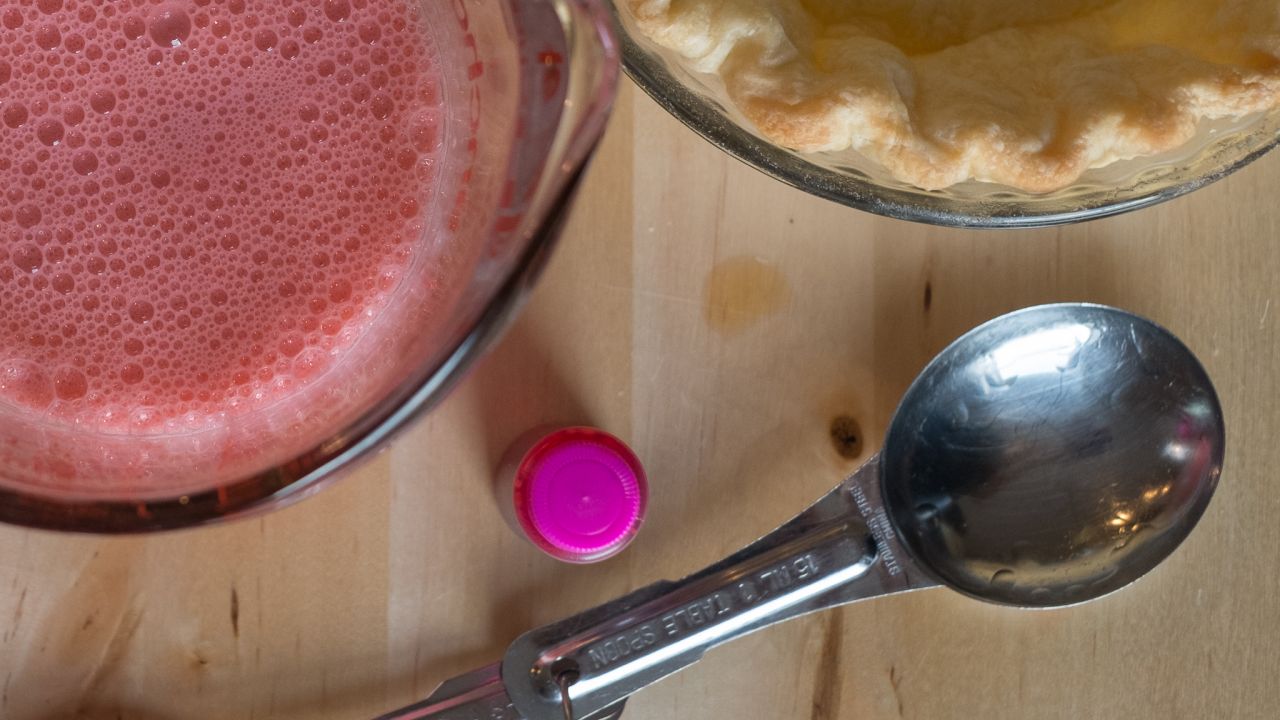 Where baking is concerned, alcohol can act as a solvent or a potent flavouring agent. Deciding which function you’re after is crucially important, but whichever you choose, use as little booze as possible.

Alcohol, especially high-proof stuff such as liquor, dissolves a wider range of flavour compounds than water alone, and can dissolve both water- and fat-soluble compounds. This means it intensifies flavours while emulsifying and stabilising a heterogenous mixture such as custard. Adding a half-teaspoon of a neutral spirit to your lemon curd base brightens the lemon, grounds the sweetness, and keeps the texture smooth and silky – without screaming “there’s vodka in here!”

Imparting a specific boozy flavour to a dessert is more fun, but calls for finesse. Choosing a spirit with a strong, distinct flavour helps – there’s no such thing as a “hint” of vodka – but strong spirits will overpower just about any flavour you pair them with. Restraint is key: Use a teaspoon, not a jigger, to measure your booze; start small; and taste often. You can always add more liquor.

Keep It Simple, But Not Too Simple

Draw your inspiration from simple cocktails, not mixed drinks; mixed drinks feature the spirit, while good cocktails are more than the sum of their parts. If you love gin, build a pie around a gimlet, French 75 or a Tom Collins rather than a gin and tonic. Similarly, a Manhattan or Boulevardier would be good inspirations for a bourbon-forward pie; a Jack and Coke, not so much. And don’t even think about an Adiós, Motherfucker pie – first of all, gross; second of all, that’s way too many moving parts to contend with. 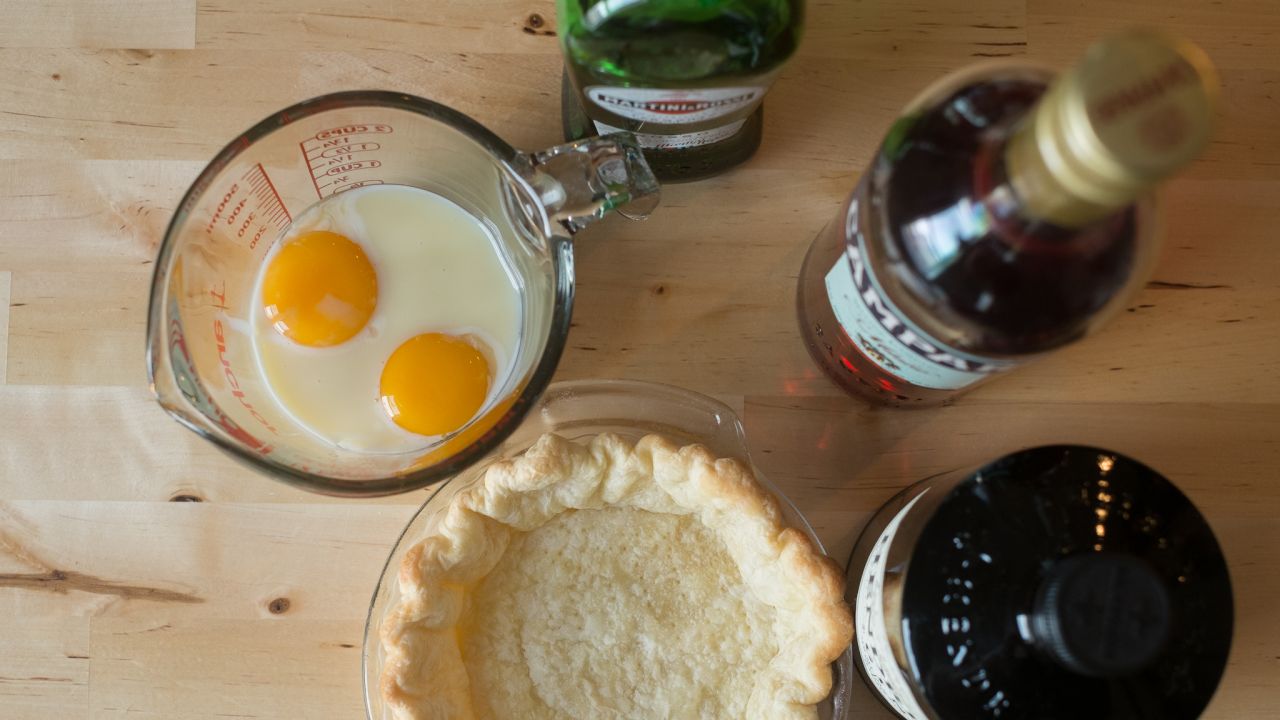 Once you’ve settled on your cocktail inspiration, you have to choose an appropriate vehicle. Technically, there are no rules – but some spiked fillings are better than others. Try to choose a filling style that won’t clash with the cocktail ingredients.

Custard pies support just about any flavour you throw at them, so they’re the perfect starting point for experimentation. Grasshopper pie is already a thing, but the sky’s the limit: A pineapple-coconut cream pie with a smidgen of good spiced rum would be great, as would a White Russian-esque, Kahlua-spiked buttermilk pie. To really feature the booze, go with a simple egg yolk and condensed milk base; they can be flavoured with anything from gin, Campari and vermouth to bourbon, orange zest and bitters. Citrus-heavy cocktails make for a fun twist on a classic lemon or lime filling, but I’d choose cachaça, pisco or rum over tequila. (Have you ever chewed a tequila jelly shot? That’s what I’m afraid a “margarita” pie would taste like.)

As for fruit pies, I can’t think of one that isn’t improved by a splash of bourbon: Cherries are an obvious, easy-mode choice, but believe me when I say that apple, peach, blueberry, blackberry, strawberry-rhubarb and even cranberry pie are just as good. I suppose this stretches the concept of a “cocktail pie” to its upper limit – but if you muddle any fruit with some simple syrup and mint and add bourbon, you have yourself a cocktail, so I’m not too bothered.

Go Easy On The Sugar 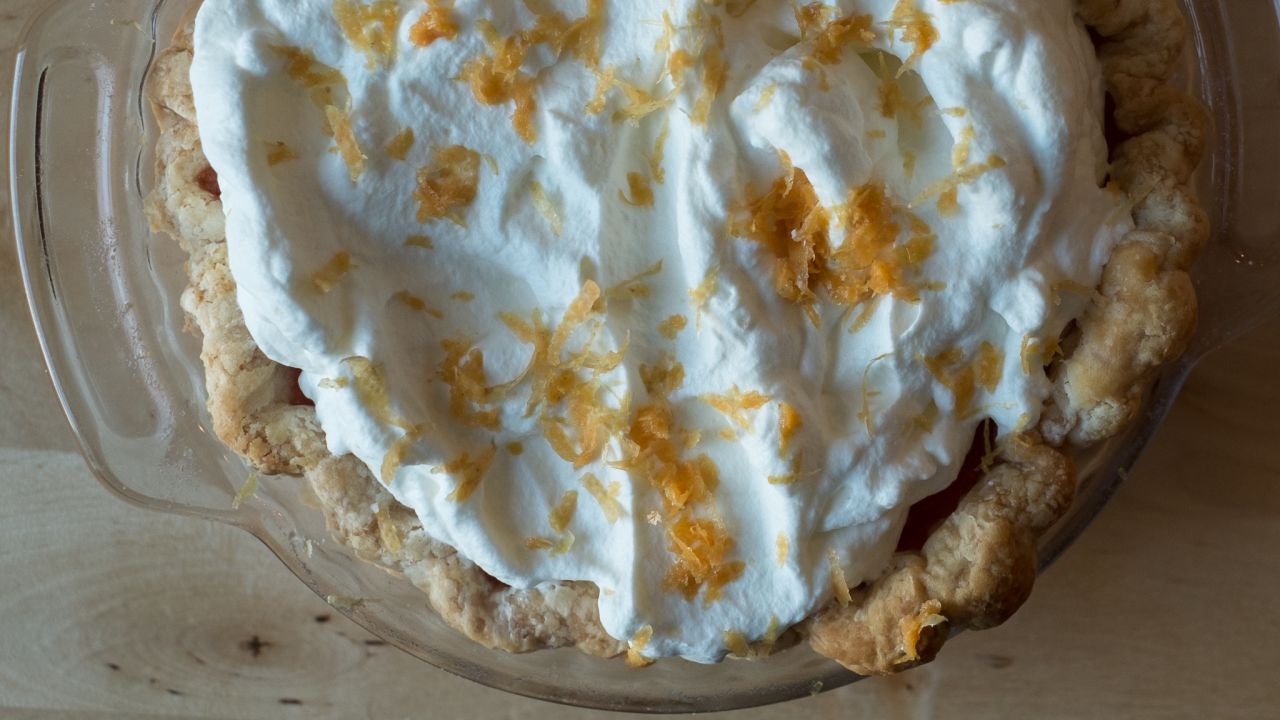 The only thing worse than an unnecessarily strong cocktail is one that’s simultaneously over-strong and over-sweet. Keep this in mind when making a boozy pie.

I recognise that “go easy on the sugar” isn’t terribly helpful without specific examples. Every pie is different, but here are a few broad guidelines that illustrate the point: 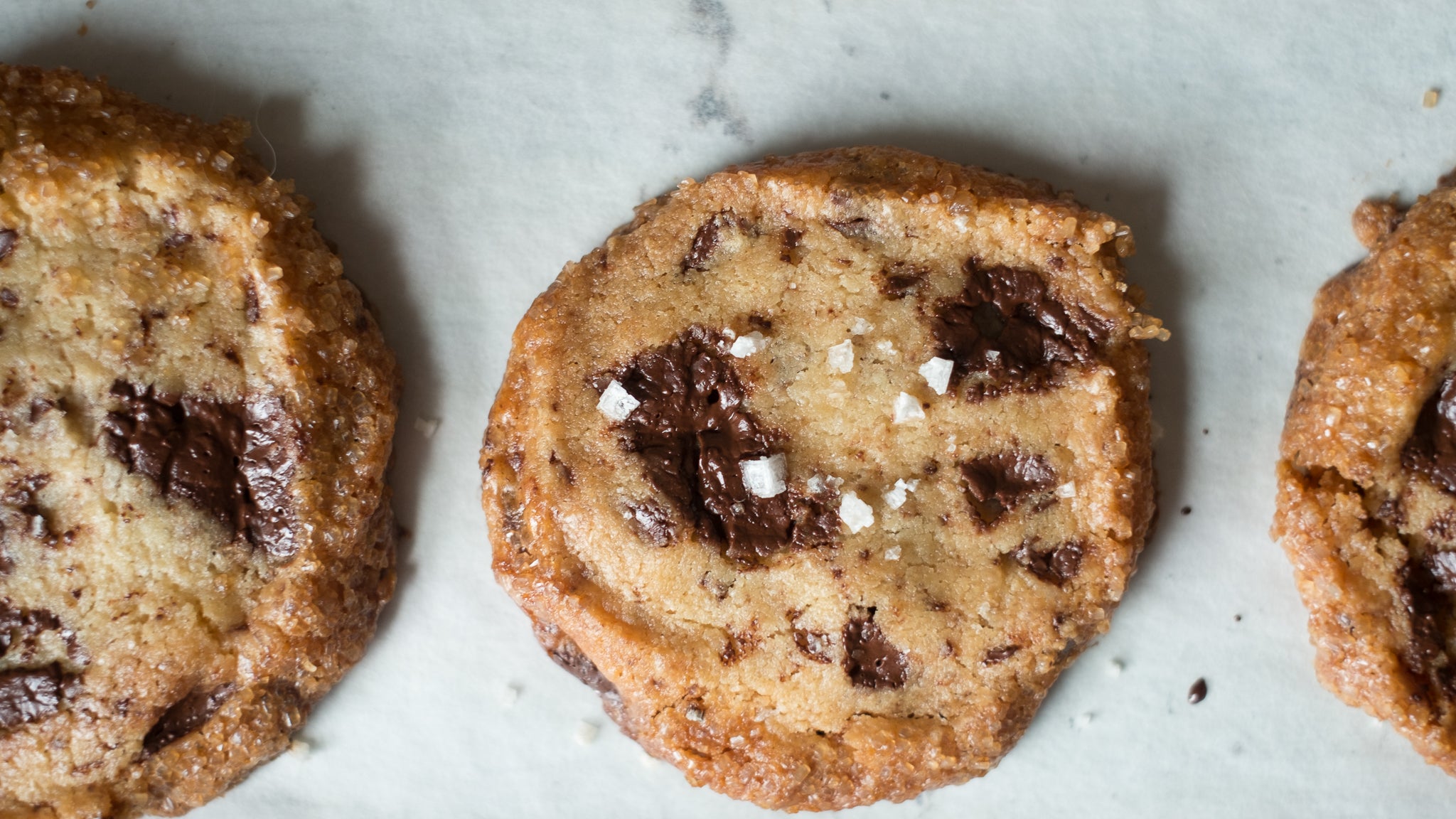 My Negroni pie turned out great partially because I did all of these things. The original recipe doesn’t call for a meringue topping, but I considered making one to use up the egg whites left over from making the filling. I’m so glad I didn’t – and that I didn’t sweeten the whipped cream. It would have been far too much.

Baking a booze-spiked pie burns off most of the alcohol, but an overnight rest is the key to mellowing any unwanted sharp flavours. As a bonus, resting your pie overnight in the fridge or at room temperature ensures that the filling sets completely – meaning that your slices will be beautifully sharp.

My final word of advice: Pair your boozy pie with anything but its namesake cocktail. I am a serious artist, so I made a Negroni to go alongside my Negroni pie for photos, and boy howdy did they taste atrocious together. The pie itself is a delightful combination of sweet, sharp and creamy, but the cocktail has all of the sharpness and none of the subtlety. It steamrollered right over the pie – and what’s worse, I swear I could feel the cocktail curdling the whipped cream left on my tongue. Gross. For the love of God, serve your boozy pie with a carefully selected dessert wine, some strong coffee or damn sparkling water; your guests will thank you. 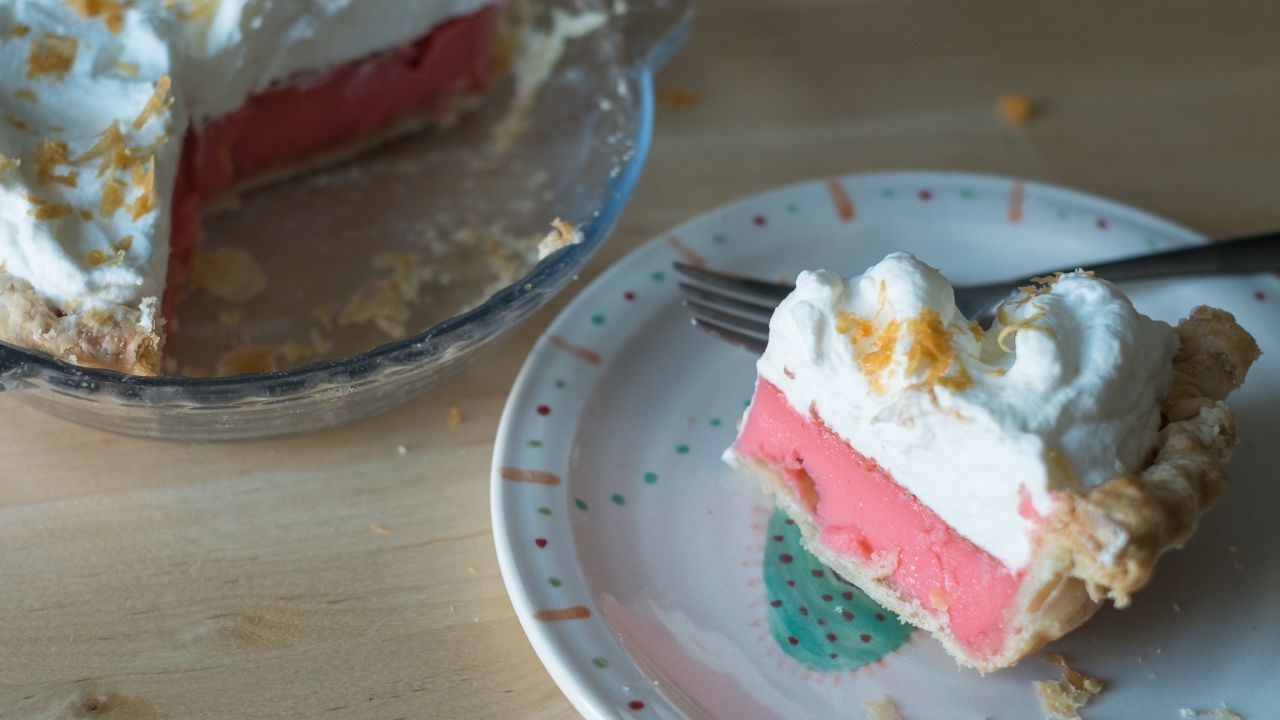