How To Listen To Your Favourite YouTube Tracks Offline

Broadway superstars Lin-Manuel Miranda and Ben Platt dropped a bomb for theatre geeks early this morning, remixing two songs from their always-sold-out musicals into a lovely duet you can purchase or stream for free across a number of different online services, like YouTube.

As Hamilton and Dear Evan Hansen fans burn through their data plans putting this hot track on loop, it's a great time to revisit all the different ways you can save YouTube content offline for obsessively watching later.

Disclaimer: Don't raise a glass to freedom when you pirate music. It's wrong and invariably hurts the creators you love. While we aren't going to tell you what to do with the tools at your disposal, we're also not saying that you should just go rip Miranda and Platt's duet. It costs $2 on iTunes or Google Play and a portion of the proceeds go to charity - specifically, the March for our Lives initiative.

That said, if you're just going to waste bandwidth streaming songs endlessly for free on YouTube, at least save yourself a little data. (Or, heck, go download the free sheet music of the aforementioned arrangement and make your own amazing interpretation.)

YouTube's app makes it easy... for a price 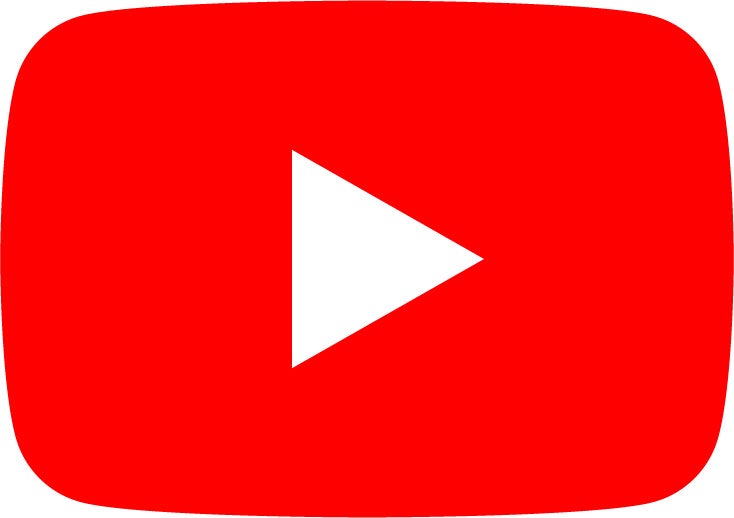 If you typically find yourself jamming a YouTube video over and over and over on your smartphone or tablet, consider ponying up for YouTube Red. It will set you back a the cost of a good salad each month, but it will allow you to download videos onto your device for up to 30 days - just enough time to get that musical obsession out of your system. You'll need the official YouTube app installed on your device, of course (Android / iOS).

Sign up for YouTube Red, start watching a video, and look for the option to save it - which should be in the same bar as the video's thumbs-up, thumbs-down, and share icons. (You can also click on a video's hamburger icon, when looking at a list of YouTube videos, to save it for offline viewing.)

There are a ton of websites - with a variety of funky names and URLs - that all claim to provide easy ways to convert YouTube videos into a variety of formats. Before you start down this path, install a good ad-blocker for your browser, possibly even a stronger antivirus and antimalware app.

We don't mean to don a tin foil hat unnecessarily, but these sites can be filled with annoying advertisements, pop-ups, and other aggravations. Keep your converting secret but, more importantly, keep it safe.

We're fans of Peggo, a simple way to turn a quick YouTube video into an MP3 file for later listening. Just copy and paste the video's URL into the website, adjust the start and end points of your to-be-made recording (if needed), and let 'er rip. Easy, with one caveat.

When I turned off my ad-blocker and attempted to convert a video on Peggo, the site initially opened up a tab with a spammy link to a browser extension I definitely didn't want to install. After I went back to Peggo's primary page and attempted the recording again, it worked. Turning my ad-blocker back on (uBlock Origin) prevented the site from loading any ugly advertising or potentially malicious tabs.

Other sites that claim to offer similar functionality, like YouTubeMP3CONVERTER, are worse: They will always take you to spammy advertising pages when you try to convert a file - even with an anti-ad extension like uBlock Origin installed - and you'll never get to make that offline version of your favourite cat song. 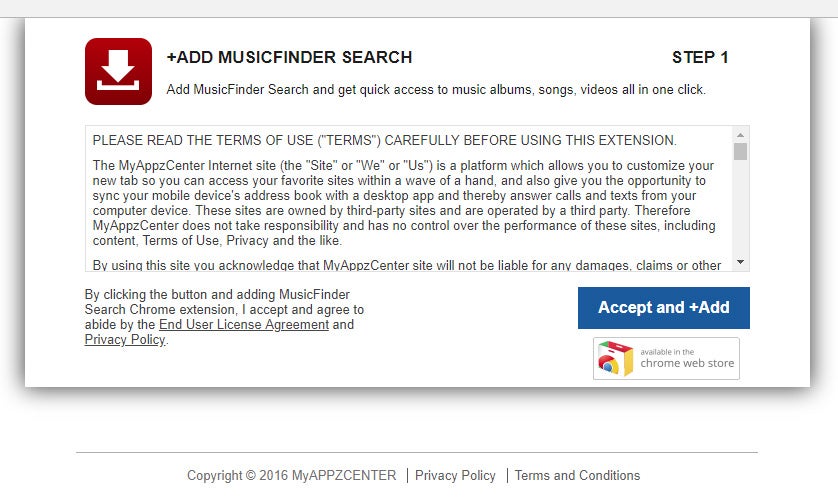 If, or when, a "YouTube conversion" website takes you to a screen like this, run for the hills. Do not add anything into your browser. Do not pass Go. Do not collect $200. 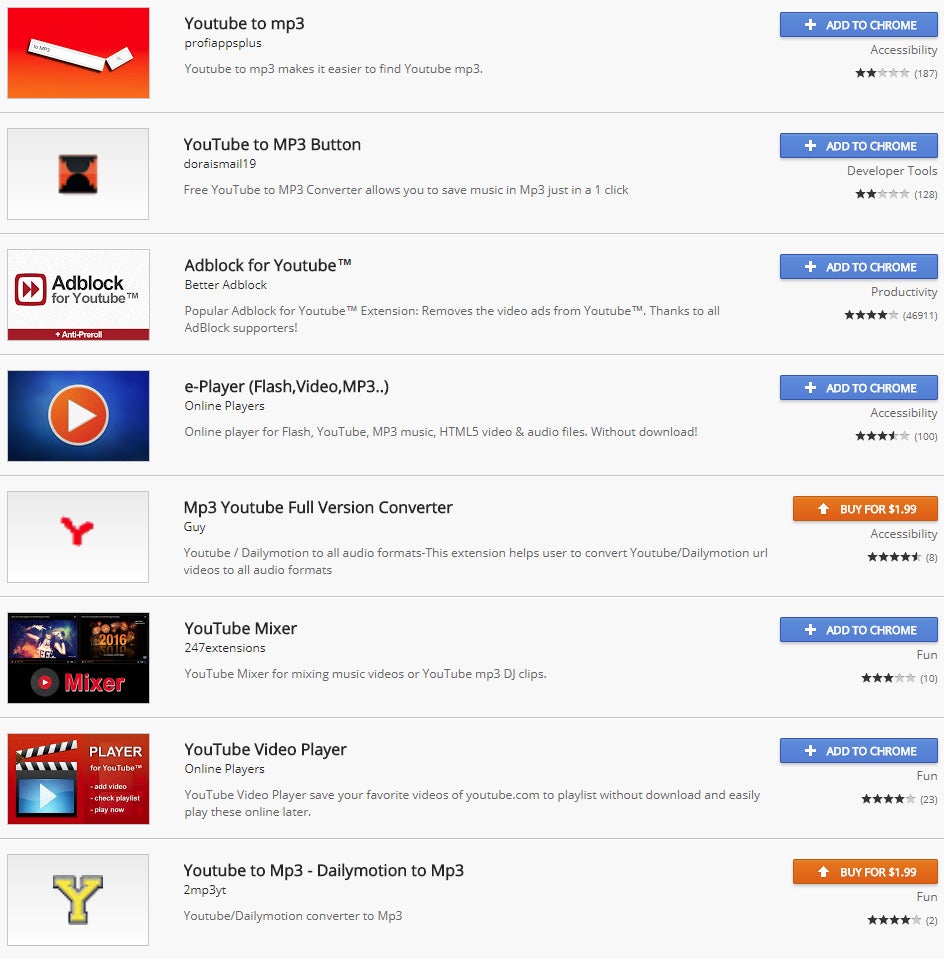 Chrome's Web Store has a lot of YouTube-downloader extensions, but they mostly make us sceptical.

For some odd reason, Google isn't very keen to offer recommendations for Chrome extensions that allow you to download YouTube videos for offline viewing. We wonder why.

There are plenty of extensions that promise this functionality in the Chrome Web Store, but most of them are rated poorly and don't quite pass the smell test. My recommendation? Find another route.

Converting YouTube videos to MP3 audio files is a little easier in Firefox. I recommend the add-on SmartTube, which drops a horizontal menu under a video's description that's full of different download options. That includes the Holy Grail, an MP3 (or M4A or WEBM) download of just the video's audio track. Yes! 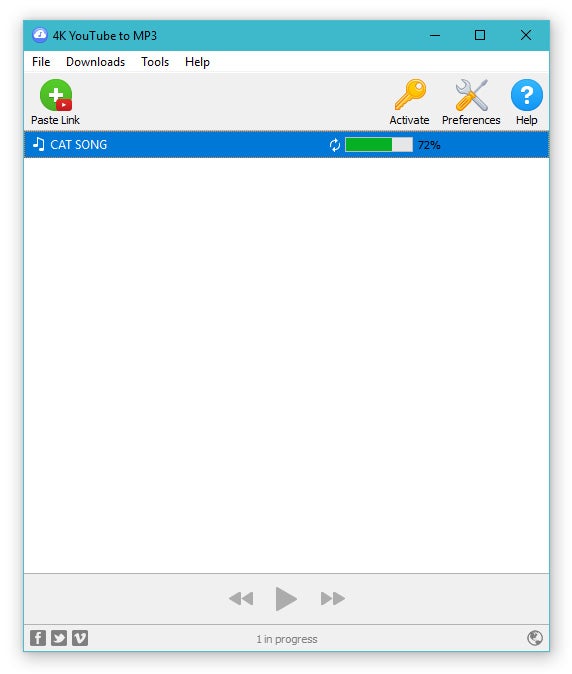 Even though its name sounds a little scammy, I'm a huge fan of the app 4K YouTube for MP3, available for both Windows and macOS. Its interface couldn't be any easier to use. You just have to copy a YouTube video's URL, click on the giant "Paste Link" button in the app, and wait. The app takes a little time to work, but it will automatically start downloading the video's audio track at its original quality (by default).

We also love the app SYC2, which lets you do a lot more with the audio files you're making — including transforming them into easy-to-install ringtones. The problem? It will set you back $US20 ($26). That's a bit much, especially when you can rip YouTube audio for free using 4K YouTube for MP3 or from your operating system's command line, if you're feeling adventurous.