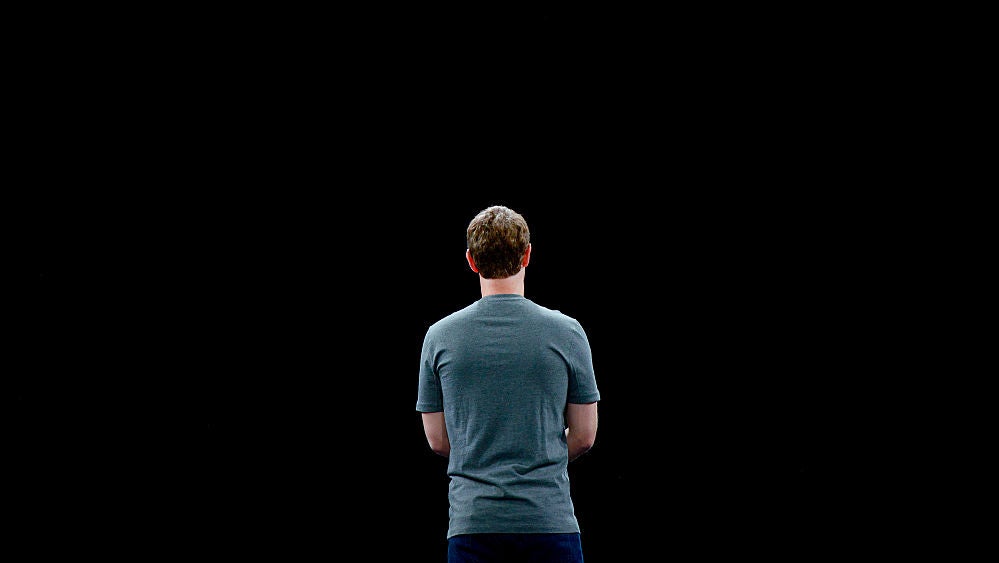 It's becoming increasingly clear that Facebook has never faced a scandal like the one it's currently fighting through. Revelations over the weekend about its reckless sharing of user data sent its stock price plunging on Monday, and fresh calls for regulations on the social media network are looking more real than ever.

In the last few days, multiple outlets broke various facets of the story: Facebook has known since 2015 that Cambridge Analytica, a data-mining company hired by President Trump's election campaign, improperly obtained the personal data of 50 million of the network's users - and the social giant failed to do much of anything about it. In a blog post on Friday, Facebook said it has suspended the accounts of Cambridge Analytica and its parent company, SCL, while it investigates their alleged failure to comply with an agreement to delete the ill-gotten data.

The particulars of this case are relatively complex, but the most important thing to understand is that Facebook collects an enormous amount of data about its users, and it lost control of that data. When it found out, it asked the bad actors responsible to promise they would delete the data. Now Facebook claims that Cambridge Analytica and SCL may have failed to fulfil that promise. And whatever you do, Facebook execs say, don't call this a "breach".

So after years of Facebook big shots telling us to just trust them when it comes to the ways it handles our data and targets us with advertising, a third-party allegedly violated Facebook's trust. In the past, the company has met such scandals with a mixture of outright denials and promises to change, while mostly maintaining the status quo - and its bottom line just kept growing. On Monday, early market signs showed the dam could be breaking.

Last night, Reuters reported that Facebook's stock fell more than four per cent in premarket trading. That trend has since continued, with the stock down about 6.42 per cent at the time of writing. Ripple effects spread to the Dow and Nasdaq as well. And analysts are warning investors to stay away from buying the dip right now. According to Reuters:

One Wall Street analyst said the reports raised "systemic problems" with Facebook's business model and a number said it could spur far deeper regulatory scrutiny of the platform...

"We think this episode is another indication of systemic problems at Facebook," said Brian Wieser, analyst at New York-based brokerage Pivotal Research Group, which already has a "sell" rating on a stock that rose 60 per cent last year.

Wieser argued that regulatory risks for the company would intensify and enhanced use of data in advertising would be at greater risk than before.

He added, however, that it was unlikely to have a meaningful impact on the company's business for now, with advertisers unlikely to "suddenly change the trajectory of their spending growth on the platform."

It's true that Facebook has previously weathered similar storms by either outright denying any issues exist or promising to just keep tweaking that algorithm and rolling out new terms of service. But this time feels a bit different.

Lawmakers around the world have vocally called for regulations, hearings and investigations into this incident over the last few days, and more continue to chime in. New Jersey Rep Frank Pallone insisted this morning that "the Energy and Commerce Committee must hold hearings soon". That follows Minnesota Sen Amy Klobucher's demand that Mark Zuckerberg appear to testify before the Senate Judiciary Committee, and Oregon Sen Ron Wyden grilling him with questions.

On top of that, experts say that this case could easily be determined as a violation of the FTC's consent decree that resolved a previous privacy case in 2011. If FTC investigators decided to throw the book at Facebook, they could potentially levy "trillions of dollars" worth of fines against the company.

British Prime Minister Theresa May released a statement this morning expressing her concerns about the story, and British Parliament member Damian Collins went further, saying, "Someone has to take responsibility for this. It's time for Mark Zuckerberg to stop hiding behind his Facebook page."

In the past, Zuckerberg has typically addressed controversies with long essays on his personal Facebook page and promises to do better. But so far, the CEO has been quiet about this particular controversy. We reached out to Facebook to ask if it has a timeframe for when Zuckerberg plans to address this incident personally, but had not received a reply at time of writing.

Facebook's growth and revenue have consistently gone up over the years, but in late January the company reported that people were spending less time on the platform and it experienced its first-ever decline in daily users. As awareness grows about this incident, public wariness of Facebook is certain to increase. After all, how many other "non-breaches" have occurred just like this one?

But its lawmakers, above all, that Facebook and its investors need to fear. Protracted investigations and hearings could have a chilling effect on the company's stock as uncertainty grows. It will likely be alone in any fights against Washington as the tech industry looks for a sacrificial lamb to offer up in penance for its sins. And politicians around the globe are dealing with populist uprisings fuelled by outside actors agitating through Facebook - in other words, they have an axe to grind.

All of the mega-corporations of tech have misdeeds to account for, but Facebook is relatively unique in the ways that its platform has been used, and the extremely personal information it collects.

Christopher Wylie, the Cambridge Analytics employee who blew the whistle on this case, claimed in an interview with The Guardian that he "made Steve Bannon's psychological warfare tool". While Wylie may have made the tool, it seems more and more clear that Mark Zuckerberg provided the steel, the forge and the target.