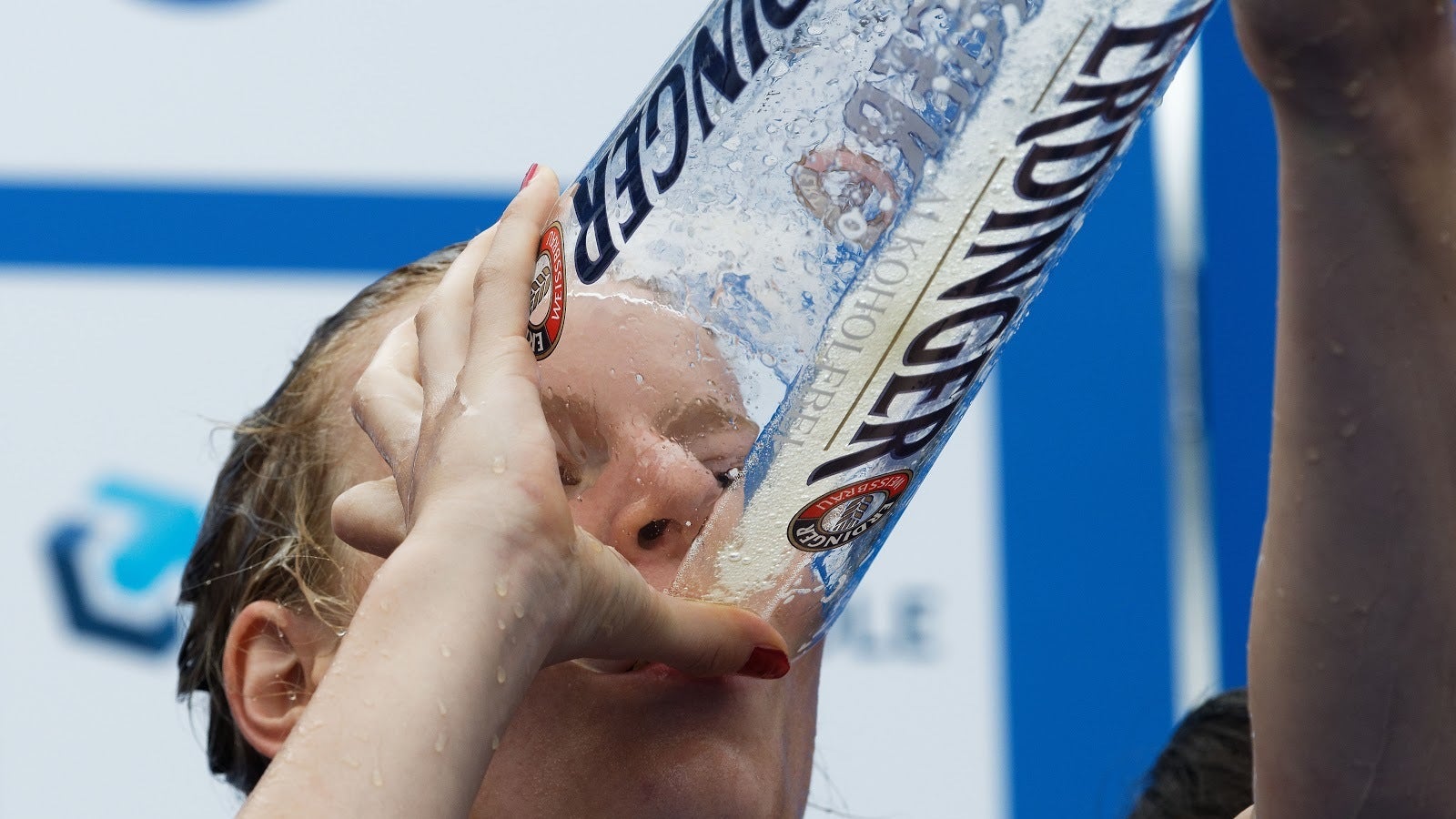 Laura Lindemann (GER) enjoys a last slip of beer from the beer shower at the podium in the Team Relay World Championship at the ITU World Triathlon Hamburg on July 17, 2016 in Hamburg, Germany. (Photo by Petko Beier/Getty Images)

I think I speak for all Americans (except Mike Pence) when I say: What the heck is the point of non-alcoholic beer? But it turns out to be popular in Europe as a sports drink. Which, to be fair, is no weirder than the way a lot of athletes here swear by chocolate milk.

Non-alcoholic beer is almost exactly what it sounds like: You make beer, but then you heat it to boil off most of the alcohol. Some near-beers have up to 0.5 per cent alcohol by volume, which is little enough that it's legal to sell to children.

The two drinks are similar in their semi-scientific backing: Studies funded by drink companies find benefits to beer or chocolate milk. A study funded by Erdinger Weissbrau found that marathoners who drank non-alcoholic beer had fewer colds and slightly lower concentrations of a blood marker for inflammation, compared to marathoners who drank a non-alcoholic beer whose polyphenols had been removed. (Polyphenols are natural chemicals that occur in beer, and include tannins.)

This isn't exactly convincing evidence that O'Doul's makes a good sports drink, but you're probably going to be thirsty when you finish your workout, so if you like the taste of beer, why not?