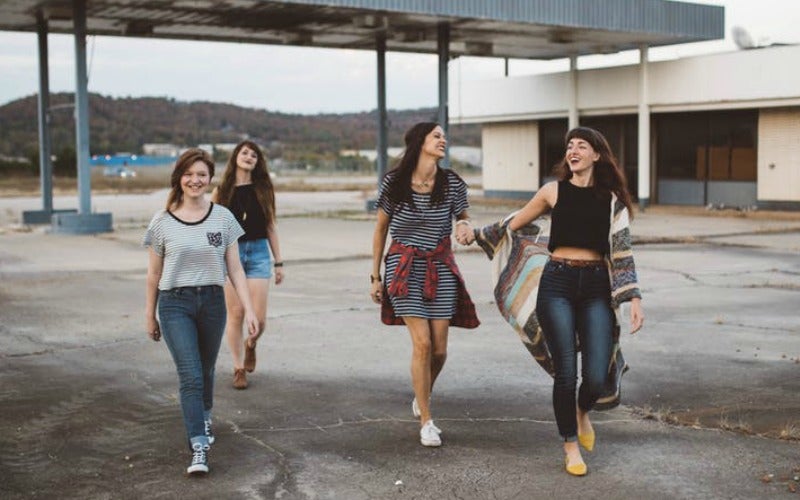 When you're in high school and university, you make a few friends pretty much every day. However, once you graduate, cultivating new friendships, or even meeting people you might want to potentially be friends with, gets a little more difficult. Now there's an app for that called Patook.

Patook is designed to work a lot like Tinder, except everyone you meet is in the market exclusively for platonic friends - flirting isn't even allowed on the platform.

At first blush, the idea seems kind of insane - except it's something I could actually see myself using a few years ago. Seven years ago I relocated to a different city for work purposes. I was 30, worked a 9-5 job, and knew exactly one person in my new city: My brother's ex-girlfriend from junior high school. Not exactly the makings of a wonderful social life.

I was lucky enough to work in a profession where I was invited to a ton of networking events, so I managed to eventually meet people and make some friends, but it was tough road full of awkward Meetup groups and trips to bars alone. How do you even begin to make friends as an adult? As someone that had a huge friend group back home, I had no idea how to even start.

With Patook, you start by either connecting your Facebook account or signing up for the service with your email address.

I signed up by connecting my Facebook account, which is the easiest way to make things happen. From there you're asked to pick some of your pics from Facebook to appear on your profile and answer a few questions comparable to anything you've ever filled out on a dating profile. For instance, it asks what you do for a living, what some of your favourite things to do are, and what kind of people you're hoping to meet on the app. All the questions are optional, so you don't have to share details you don't want to. 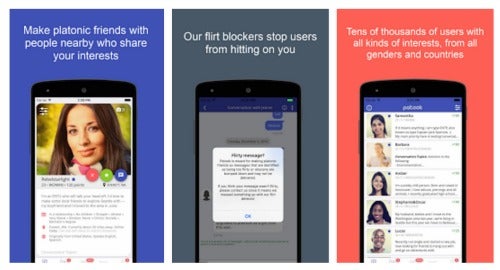 After that, it's just like Tinder. You swipe to the left if you're not interested in meeting someone, and to the right if you are. That someone could be a man, woman, or even a couple. During my short time on the app I came across quite a few married couples who had just relocated to SF, and like me a few years ago were looking to meet some new friends. When it's a match, you'll be connected and can start a chat within the app. If you hit it off, then just like Tinder you can set up a time to meet offline.

The app's algorithm will detect flirty messages and not even deliver them (and the sender can get banned), so in theory you'll be safe from getting hit on while using it, although if there's one thing the internet has taught me, I'm sure someone will figure out how to make that happen. That said, if you just moved to a new place, or just want to break free of your core friend group, then it could be a decent way to find a new buddy.