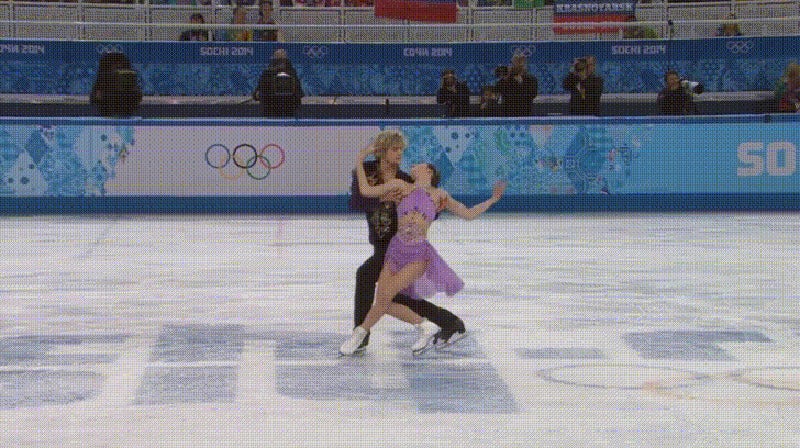 The 2018 Winter Olympics have begun and it's time to cheer on our athletes. The trouble is, it's hard to know what the heck's going on in some of these events. Why are there so many people skating at once? What is curling exactly? Is ice dancing the same as figure skating? And, woah, does that lady have a gun?

Speed skating isn't anything new, but Mass Start Speed Skating is. The event is making its debut in PyeonChang, and it's the closest professional ice skating is going to come to roller derby. Competitors can't intentionally obstruct one another, but the way the race is set up almost makes contact unavoidable. There's very little space for the competitors to operate on the 6400m course - there are up to 24 skaters on a course designed for six skaters in the Team Pursuit Event - and the structure of the race encourages constant jockeying for position.

Basically, imagine a bunch of skaters trying to draft behind one another and change position on a course that's too small for all of them and you'll get the idea. As Ivanie Blondin, one of Canada's Mass Start Speed Skaters, puts it:

The rules are there are no rules, so you can't really get disqualified unless you were to, like, drop the gloves and start beating on someone...

All in all, it's a typical race. The first three skaters to cross the finish line go to the podium, but the rest of the placings are based on a point system. Skaters who win "premium laps", namely laps 4, 8 and 12, earn points that determine who gets fourth through sixth place. But you don't really need to know all of that to enjoy watching the event.

The Biathlon is not anything new - in fact, it's very old - but it's still a bit confusing for casual winter sports fans who only tune in during the Olympics. Essentially, the Biathlon is part cross-country skiing and rifle shooting. The event's roots are outdoor skills that were once crucial for survival in snowy winter climates such as Scandinavia.

Again, this is just a race with different rules and a gun. The competitors must ski a cross-country trail system, all the while making stops to shoot five targets with their specially made .22 rifles. Furthermore, they must shoot targets in both prone and standing positions according to the station they stop at. Not only is it important to ski the trail quickly - competitors are gunning for the best overall time - but the competitor's accuracy when shooting matters a great deal as well. A poor shooting performance adds extra distance they have to ski (usually in the form of a looping trail that comes back around) or extra minutes to their total time as penalties. It's important to know that while watching, as the first competitor approaching the finish line may not actually be in first place.

Ah, curling. Everyone's favourite winter sport event to watch. It's like a friendly shuffleboard game at the retirement community blow up to Olympic proportions. The game, which is of Scottish origin, involves players sliding granite stones along sheets of ice toward a target made of four concentric circles. Two teams of four players take turns sliding one of their six to eight stones (or "rocks") toward the target. At the end of each round, whichever team has stones resting closest to the centre of the target scores points. Pretty straightforward if you've ever played shuffleboard or bocce.

The most interesting aspect of curling is each team member's role:

The sweeping, which everyone seems to get a kick out of, is actually quite necessary. It ensures no small objects affect the trajectory of the shot and reduces any friction the stone might encounter on the ice. This year at PyeonChang, Mixed Doubles Curling is making its Olympics debut. This version of the game has only two players on each team, a man and a woman. To shorten the game a bit, teams only throw five stones per round (or "end"), and there are only eight rounds instead of the usual 10.

Moguls, part of the freestyle skiing competition at the Olympics, is one of my favourite events to follow. It has speed, it has cool aerial tricks, and it always looks intense. If you're not sure which event I'm talking about, it's the one where it looks as though a skier is getting their knees violently jammed into their chest over and over, then they do a kick-arse backflip. The name of the event comes from the course itself, which is heavily "moguled", or built with a series of artificial bumps that resemble the mounds formed when skiers push snow as they make sharp turns down a slope. The term comes from the Bavarian word "mugel", which literally means mound or small hill.

Everybody gets the Ice Dancing event confused with the Pairs Figure Skating event, but they are not the same thing. The biggest difference being there are no jumps in ice dancing like there are in figure skating. That's right, no triple axels here. In fact, jumping is against the rules.

Generally speaking, ice dancing has more in common with ballroom dancing than figure skating. Certain rhythms and steps are used, competitors often hold each other in a traditional ballroom style, and there are required elements for each competition. For example, the main theme for the 2018 Olympics Short Dance is "Latin". Each team has to do the same rumba step sequence, and the Latin theme must be reflected throughout the entire program. In the past, these required elements have included swing, polka and even hip hop. The free dance gives the competitors more, well, artistic freedom.

In terms of scoring, judges are looking for technical perfection and amazing artistic style. Their total score reflects those two main components from both the short dance and the free dance. All you really need to know is a score of around 200 and up is good.