The Household Junk You Can Just Throw Out 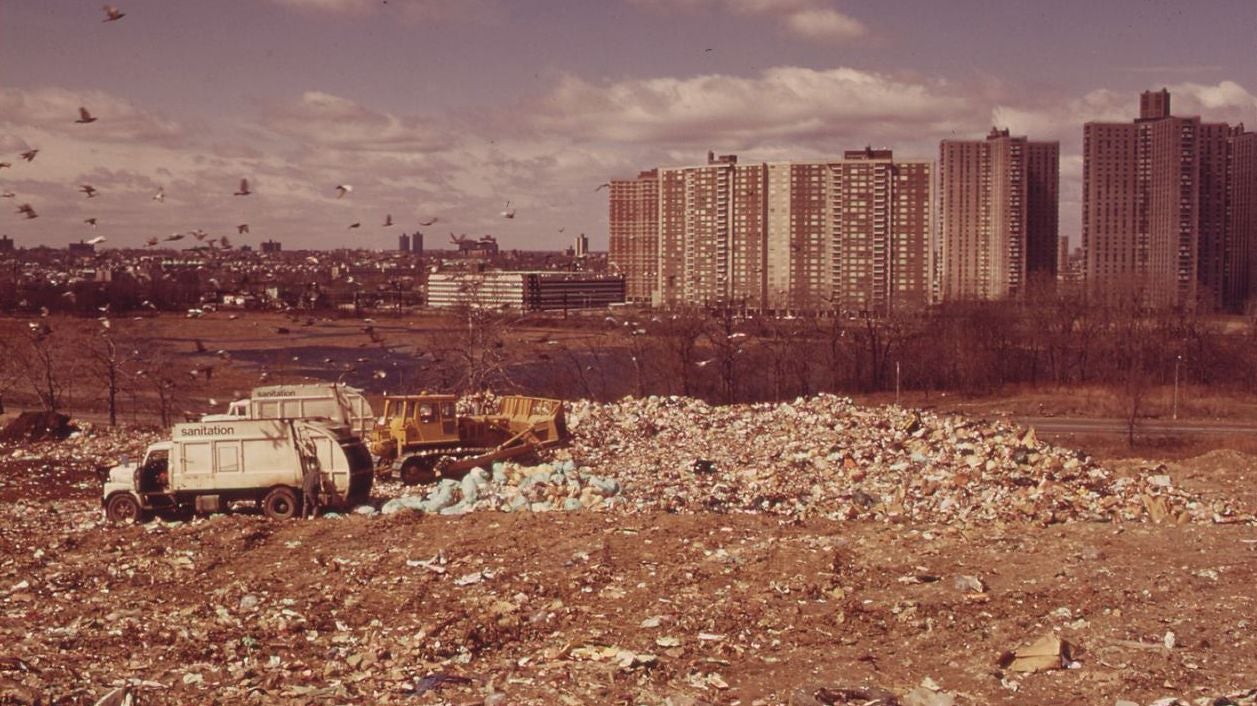 Cleaning out your house is a monster job, physically and mentally. Every decision to toss something becomes a reckoning of your lifestyle. Even when you decide to get rid of a hat, a DVD or a vase, you have to decide whether to give it away, sell it or actually toss it. Today let's just focus on the easy decisions: The stuff you can actually throw away, recycle or (good for you!) compost.

Photo by US National Archives and Records Administration

Below, we've listed some things you can just throw out without any thought. We've tried not to include stuff you could donate or sell, or stuff with emotional attachment. This list also assumes that you have better alternatives, or could buy them right from your phone for under $100. If you can't afford to throw away your garbage, don't throw away your garbage.

Save this list on your calendar for a weekend that's relatively free. Put on a podcast, and burn through the list. We've ranked these from most to least foolproof, so when the list stops being helpful, you can just quit. If any item gives you pause, don't deal with it! Move onto an easy one, quick, while you still have the momentum! Go!

Dirty sponges, old toothbrushes, anything that gets gross and needs replacing, because they actually affect your health. 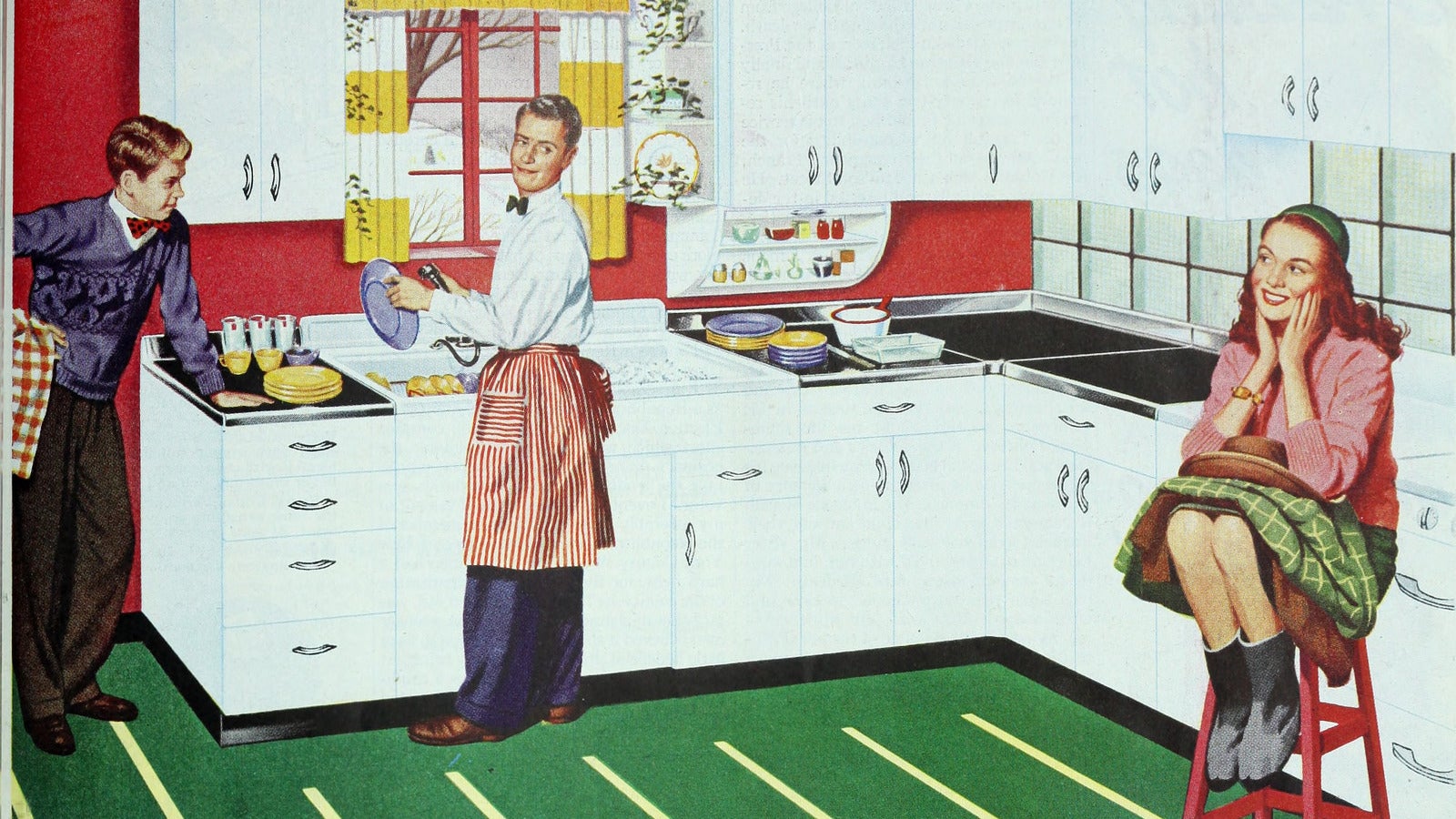 How To Keep Track Of Your Gross Household Sponges

The sponge is possibly the grossest thing in your house. I say this as someone who regularly comes home from holding a train pole and immediately eats finger food (it's builds character!), but still the sponge disgusts me. It is, by nature, a festering cesspool of germs, a wet thing used to clean dirty things that you let fester in the open while also sucking up all the bacteria in the air. The smell of a dirty sponge is one of the worst household odours, one that lingers on your fingers and leads to me obsessively washing my hands after every single sponge contact. It's like cat urine or black mildew - it's the smell of bad housekeeping.

Plastic bags: They're super useful! They carry dog poop, they line the bathroom bin. Throw out half of them.

Cardboard boxes: Unless you're about to move, throw out every empty box that has dust on it. Break it down flat please.

Bad pens: You have a favourite kind of disposable pen, and you can afford 20 of them, and you can throw away all the others.

Papers: Every paper that's already digitised, or that outlived its usefulness. Receipts, cards, documents, manuals, monthly statements. Here's a guide to how long you need to keep your papers. Don't worry about scanning all your papers right now, or going paperless. Do that next week.

Bad food: Look at each item in your fridge. If it does not look tasty, throw it out. Crusty hot sauce, food you have never opened and never will, food your aunt foisted on you because she didn't have the fortitude to bin it herself. Let the guilt over your wastefulness remind you to make more careful purchases.

Stale food: Don't use up the old stale bread while the new fresh loaf sits there unused. Stick the stale bread in the freezer (sorry, we're wasteful but not that wasteful) and start the new loaf already. Compost your wilted greens, your iffy milk, your mealy fruit. Or eat it all, right now, in one big meal, now.

Cords: If you can't immediately identify what it connects to what, toss it. If you haven't used it in a year, toss it. If it only worked on your old phone, toss it. Better to sheepishly replace a tossed cord once every three years then to fill up a drawer with them all the time.

Orphaned pairs of things: Socks, earrings, gloves. Or at least get all the orphaned things out of sight so they don't mentally slow you down when you're getting dressed. Put them in a single shoebox that you didn't throw out when we told you to.

Same for bad towels, washcloths or linens. A cheap towel is better than a stained towel. It is honest, dignified, humble.

Branded crap: Now we're in "mental clutter" territory: Things that work just fine but make your home a little less pleasant. Fridge magnets, coffee mugs, T-shirts, and other stuff with the logo of a company you don't care about. I recently got a branded Band-Aid holder in the mail. How incredibly useless! If you have enough non-branded alternatives, throw the branded ones out. If you don't, throw the branded ones out and buy replacements.

Hangers: If you don't care whether your hangers are plastic or metal or wood, keep them all! If you secretly hate half of your hangers, replace them. You are required to do the Mommie Dearest scene. Ham it up. Explore the space.

Magazines: This will hurt so hard but it will feel so good. We once threw out four years of dog-eared New Yorkers and we flew about the house, freed, like a god. Do it now before you can regret no no no do not open the issue with the promising cover no!

Last year's gadget accessories: Cases and lenses and stands that don't fit your new model. We're treading into "donate it" territory, but even people with old phones want new cases. Don't insult them with your used stuff.

Chipped dishes: Some dishes come in a set, and you keep the cracked and chipped ones, because you are not curating the china in the White House. But if you have a wide and bounteous menagerie of coffee mugs, ditch the ones that are physically falling apart. Life's too short to drink from a chipped mug.

If that was easy, now throw out everything broken. If you're not willing to fix it right now, you will never fix it.

Anything you have a hundred of: All those things you have a lifetime supply of, which have a way of burying all the stuff you have one of. Paperclips, matchbooks, rubber bands. You might run out five years from now, and you'll buy more, and you'll be fine, and in the meantime you'll have that much more space in your junk drawer. This will feel wasteful but, as with the old cords, it's actually making free storage space for your real stuff.

Now, if you have any energy left (wow, look at you!), you can try the real hard stuff, such as books you'll never read, and clothes that don't fit, and things your kids made. Or check out this long PopSugar list of other stuff you could toss. Or go work on your inbox.

Or just relax! You did such a good job! We're proud, jealous even! Invite someone over, show off your place, they will be impressed, and they will say they could never do such a good job. And you will disagree, only yesterday you were a lost soul like them, but they may transform as you did! "Now go and do likewise," you'll say, and they will, and blessings shall be poured upon you both.