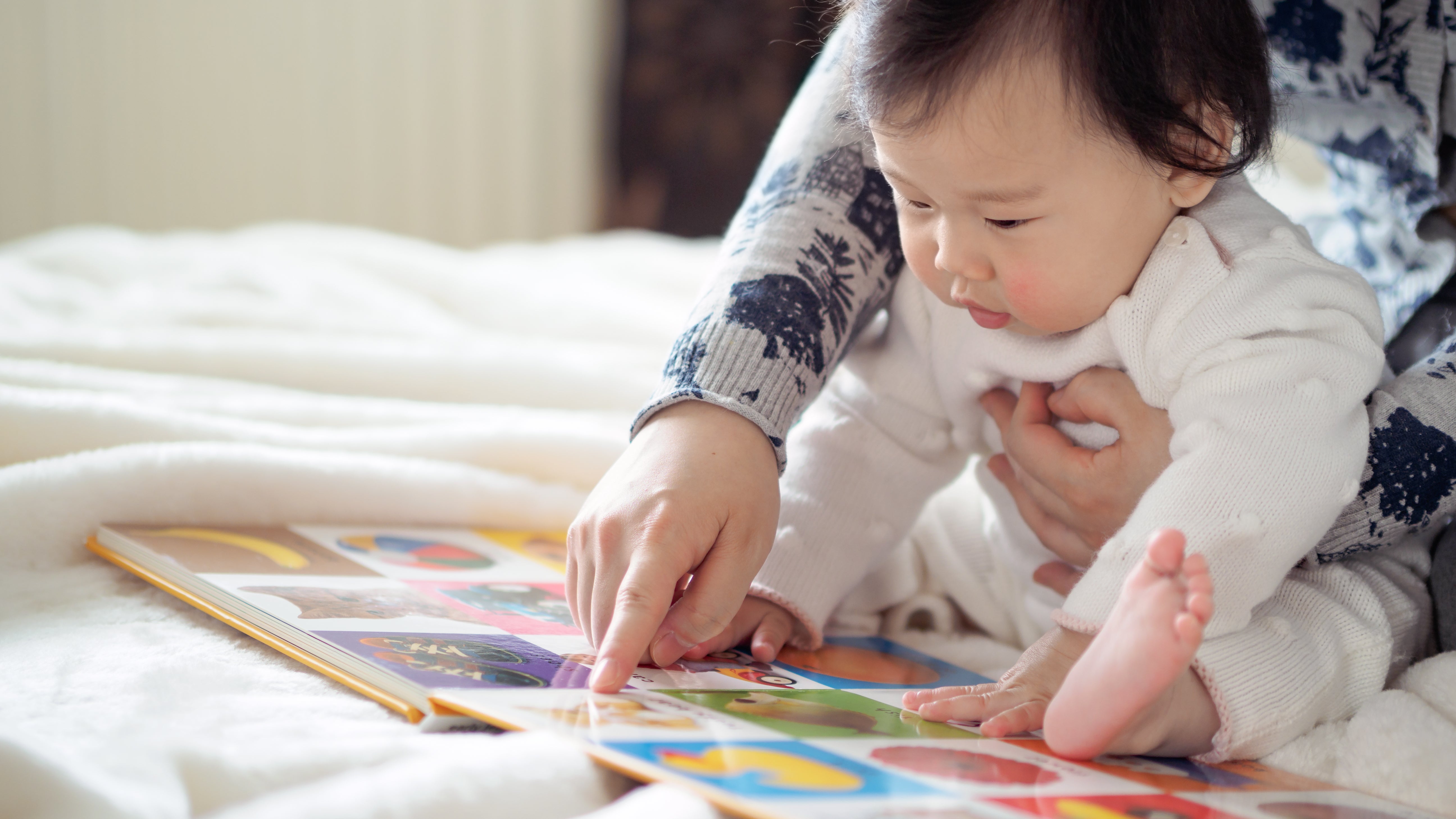 Most of us know that reading to babies is a very good thing - it's tied to language and cognitive development, helps strengthen the parent-child bond, and gives us a welcome script when we're trying to get in our recommended 30,000 words a day without having to rap the Fresh Prince of Bel-Air theme song yet again. But for optimal benefits, it may not be enough to simply grab any board book or Thai takeaway menu and start rattling off the words. According to a new study, the type of book you read may make a big difference.

The Brain, Cognition and Development Lab at the University of Florida finds that reading books that name different characters and objects may produce greater brain development benefits than books that refer to characters and objects in a generic way ("Look at all these animals!"). Lab director Lisa S. Scott, whose team recorded the natural electricity of infants' brains as different books were read to them, explained the results in The Conversation:

In our investigations, my colleagues and I followed infants across the second six months of life. We've found that when parents showed babies books with faces or objects that were individually named, they learn more, generalize what they learn to new situations and show more specialised brain responses. This is in contrast to books with no labels or books with the same generic label under each image in the book. Early learning in infancy was also associated with benefits four years later in childhood.

An example of a story with individual names versus one that refers to an object generically:

The Brain, Cognition and Development Lab

Luckily, there are a ton of children's books that have character names, including all the classic tales (such as Jack and Jill, Little Miss Muffet, Peter Rabbit). And if your baby's favourite book doesn't have them, that's OK, too. As Scott writes, "My own daughter loved the Pat the Bunny books, as well as stories about animals, like Dear Zoo. If names weren't in the book, we simply made them up."

For Baby's Brain to Benefit, Read the Right Books at the Right Time [The Conversation]