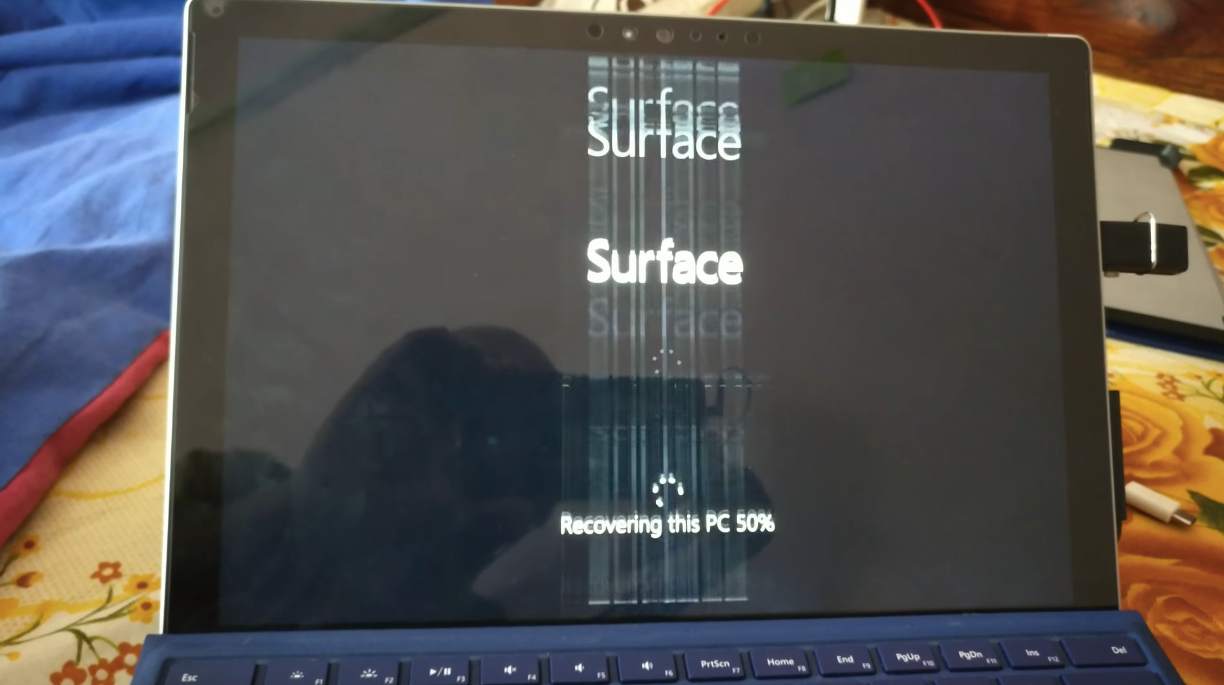 If your Surface Pro 4 is starting to bug out, you're not alone. Over a thousand people have reported issues with the Microsoft-made device's screen flickering to the point that it's barely usable, and some have even taken to freezing the gadget to get it working again. One person claims they got 30 minutes of use after leaving the Surface Pro 4 in their freezer for 10 minutes.

It may be a tempting fix if your only computer has suddenly stopped working, but leaving technology in the freezer can lead to all other sorts of permanent damage. If you're holding out hope for an official Surface Pro 4 recall from Microsoft, it just isn't worth the risk.

The main issue to consider is that internal hardware could freeze, even if you carefully wrap your device to keep out moisture. Then, when your Surface Pro 4 returns to room temperature, that ice could melt and cause damage inside the device. One forum poster on Super User puts it particularly well: "Think of a glass of water, it doesn't 'sweat' when it's in the fridge but you take it out on a hot day and it does."

The other concern is that leaving your Surface Pro 4 in the freezer for too long could damage the device's screen by freezing the crystals in the LCD. If that happens, Microsoft may not be willing to pay for repairs despite the flickering issue.

As for an official fix, Microsoft hasn't offered much so far. In an official statement to The Verge, the company said it's aware of the problem and "monitoring the situation closely". The spokesperson added that if your Surface Pro 4 is flickering you should contact customer support.

In the meantime, the company is offering display repairs, but they aren't cheap. (The device, which was released in 2015, is no longer covered by its warranty.) Some customers report paying Microsoft $US800 ($1000) for a screen repair, though the company's website puts the price at $596.

If enough people report the issue, Microsoft should eventually recall the faulty devices (we hope). For now, hang tight and please don't freeze your Surface Pro 4.

David Murphy 03 Apr 2020 6:00 AM
The ever-busy developers at Microsoft have been gradually releasing fun new utilities for Windows users to mess with. These PowerToys tend to add a bit of quirky-but-practical functionality to your operating system, and they’re completely free for you to try. We’ve covered some of their previous offerings, but two latest additions are some of the best yet.

A.A. Newton 01 Apr 2020 4:45 PM
Stumbling across an exciting new way to eat eggs can be the difference between making time for breakfast and skipping it entirely. I’ve gone through several egg phases in the last few years: easy poached eggs had a good run until I discovered cornstarch eggs, which were recently unseated by hard-boiled eggs with a twist. Melissa Clark told me to put butter on my eggs and she was right.