Learn About Fake News With This Web Game 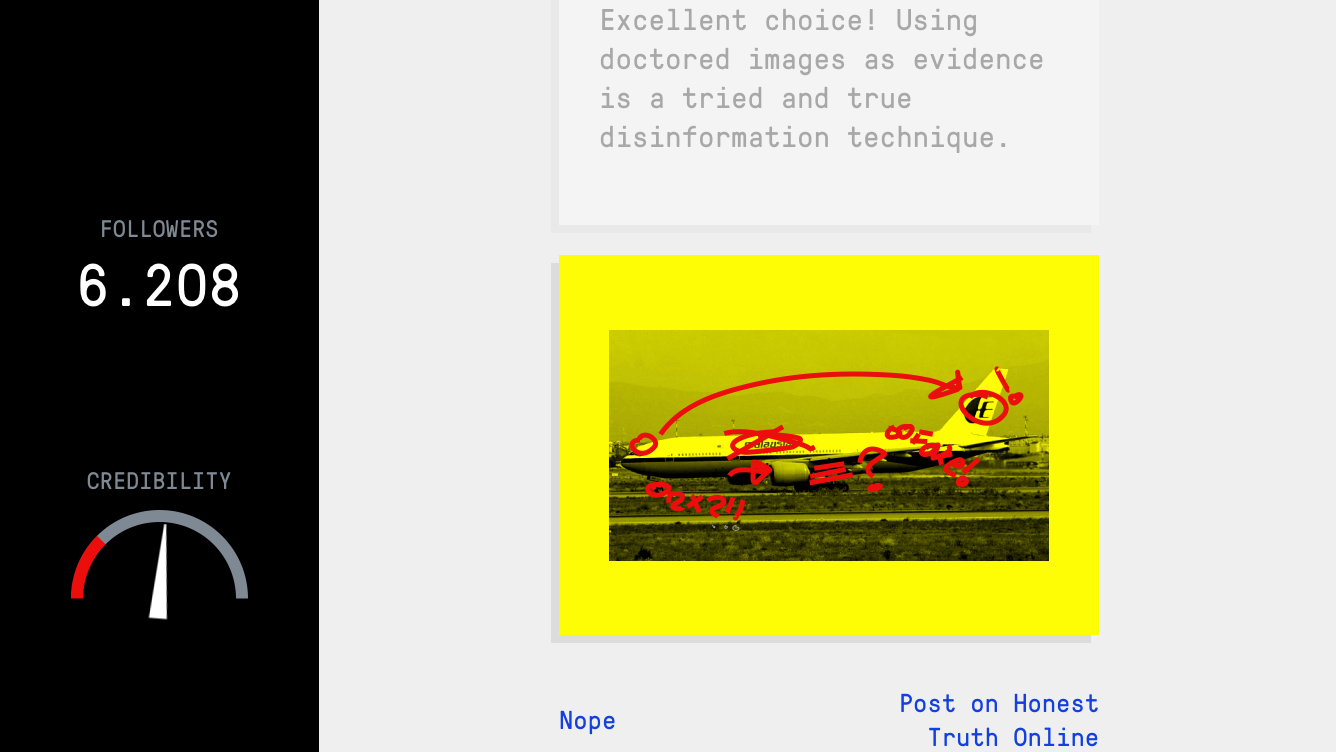 The game isn't exactly a full-blown media-literacy class, but it demonstrates basic principles about disinformation. To gain followers and credibility and win the game, you have to choose your misinformation wisely and package it believably. Bad News rewards you for tactics like blowing real incidents out of proportion and playing on existing biases. It also hints at how our "both sides" media machine lets bad actors transmute a little popularity into unearned "credibility".

Before and after the game, you can take a brief and unchallenging quiz of your ability to detect fake tweets. By giving your answers, you're participating in van der Linden's study, so he can (hopefully) adapt the game to be more effective. So waste a little time for science.