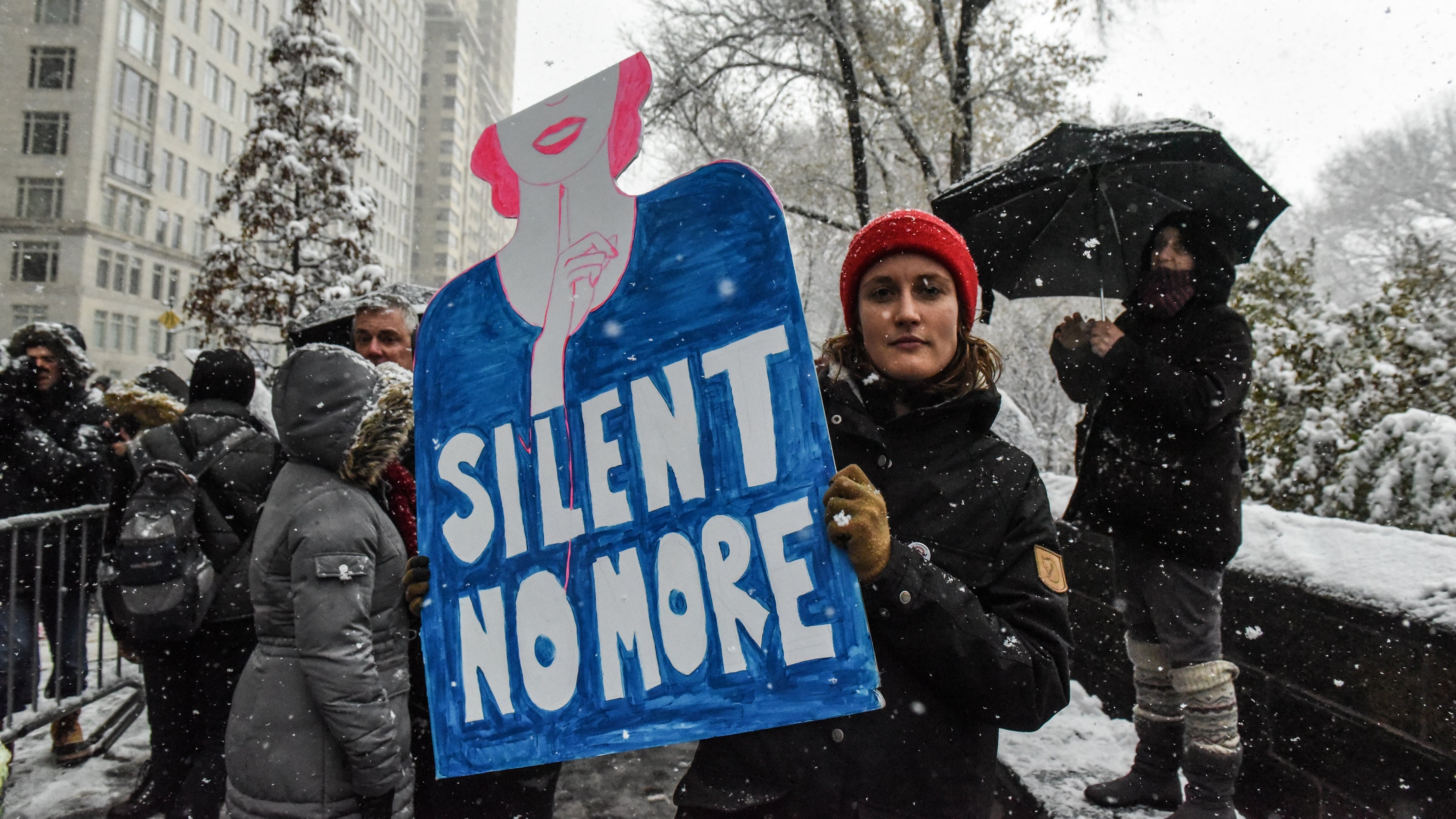 I can't keep talking about sexual assault every day.

I say this as someone who believes in and supports the #MeToo movement 100 per cent, who wants to be engaged and listen and learn. Who wants to have open and messy conversations about sex and power dynamics and the reckoning we need.

But right now, I don't know what else I can say, or read, without falling over from fatigue. I want this conversation, but I am currently so, so tired.

There's the disingenuousness of it. The shock, the horror, but the obviousness. The boredom with accounts of "mere" creepiness, of inappropriate kissing, of anything that isn't illegal with a capital I. The dismissals of someone before you even hear what they have to say.

There are the disagreements with people you admire. Women (and men) reporting it wrong and getting defensive in order to stick up for victims and potentially doing more harm than good in the eyes of people who aren't inclined to believe women anyway. And is that the metric we're judging this on? There's using a reporter's age as a way to dismiss her, not because her arguments aren't sound but because she isn't doing it the way we would (and because she's made mistakes, of course she's made mistakes, but she won't acknowledge those mistakes). And am I a bad feminist for disagreeing with how she worded an email? And what other person would possibly care about my opinion on that, anyway?

There's not wanting to say anything for fear you say the wrong thing and suddenly your tweet ends up in an article meant to ridicule. There's not saying anything and being deemed friendly to sexual abusers.

There's the memories of men grabbing you in bars, and cornering you on streets in broad daylight, and telling you that you would "look nice in an apron" in front of all of your coworkers, and the more physical events when no one else is around. And laughing it all off, except you're not really laughing any more. There's wanting your mother to understand why you cringe when she says she simply got moved to a different department at work when it happened to her at your age, and you should do that, too. Of anonymous men telling you to get a new profession if you can't take a little hostility. Why can't you just be tougher?

There's living through it all as a "survivor", except you hate that word, so as a woman who's simply had very normal things happen to her but does not have the vocabulary for most of what she's experienced, despite reading about it for hours on end.

Of thinking you are stronger than these young women because you would never let yourself be in That situation. Of dismissing it all as a witch hunt because men have only ever been wonderful to you and women are equal now, don't you know? Of having the luxury to not spend days and weeks and months and years thinking about it because it could never affect you in the same way. There's your male friends demanding you explain what all the fuss is about to them, and calling you "intellectually dishonest" when you just don't have the energy to do so. The one who asks at drinks, so what's up with Aziz Ansari, anyway? And you realise he's spent absolutely no time thinking about any of this, while you've spent the past three days crafting an appropriate response, lest you get called intellectually dishonest. There's the friend who reminds you, "you write about investing," not assault or gender politics. This isn't your fight.

There's the constant worrying about how much your opinion really matters in this conversation. Does #MeToo need one more voice? Specifically, does it need your voice? Is that a burden you really want to take on? Does what happened when you were 19 negate all of the privileges you've had in your life, is it even worth mentioning when so many women have experienced, and continue to experience, so much worse?

Is Larry Nassar worse than Matt Lauer? But no, like, if you had to choose?

And there are so many other issues that deserve your attention right now, and those are just as important, don't you think? And will people misread the first sentence of this piece and think I don't think we should talk about sexual harassment at all any more?

Can some things just remain private? Don't you want them to?

And are you enough of a victim to have the New York Times op ed page - the one for the paper that started this conversation with reports on Bill O'Reilly and Harvey Weinstein and runs that damn "he said, she said" ad but didn't clean house of its own alleged offender - deem your story worthy of the movement?

There's wanting to say something, but having no idea what to say.

What can we do? We can unplug for a while. We can agree to put a moratorium on conversations about assault until we're done with the next project. We can say we really don't want to talk about that right now. We can be kind to each other and recognise that not everyone has all of the answers. We can admit that we are so, so tired.