How To Get The Galaxy S9's Translation Feature On Any Phone

The phone has a handful of new features, one of which is the ability to translate languages using the phone's camera. The idea is that if you're travelling abroad somewhere where your language skills aren't quite at their best, you can point your phone's camera at a sign and get what's printed on it translated into something you understand a little better.

It's a cool feature, for sure, but also one anyone can get on any smartphone using Google Translate.

Google Translate is an app for both iOS and Android that, well, translates one language into another. You can also get it (although with limited features) on the web.

For a few years I lived in a building where the majority of the residents spoke Spanish as their primary language, and Translate was a lifesaver when it came to trying to have conversations a few times. And it's the only reason I was able to find the right train in December of the last year when I ended up stranded in the French countryside. 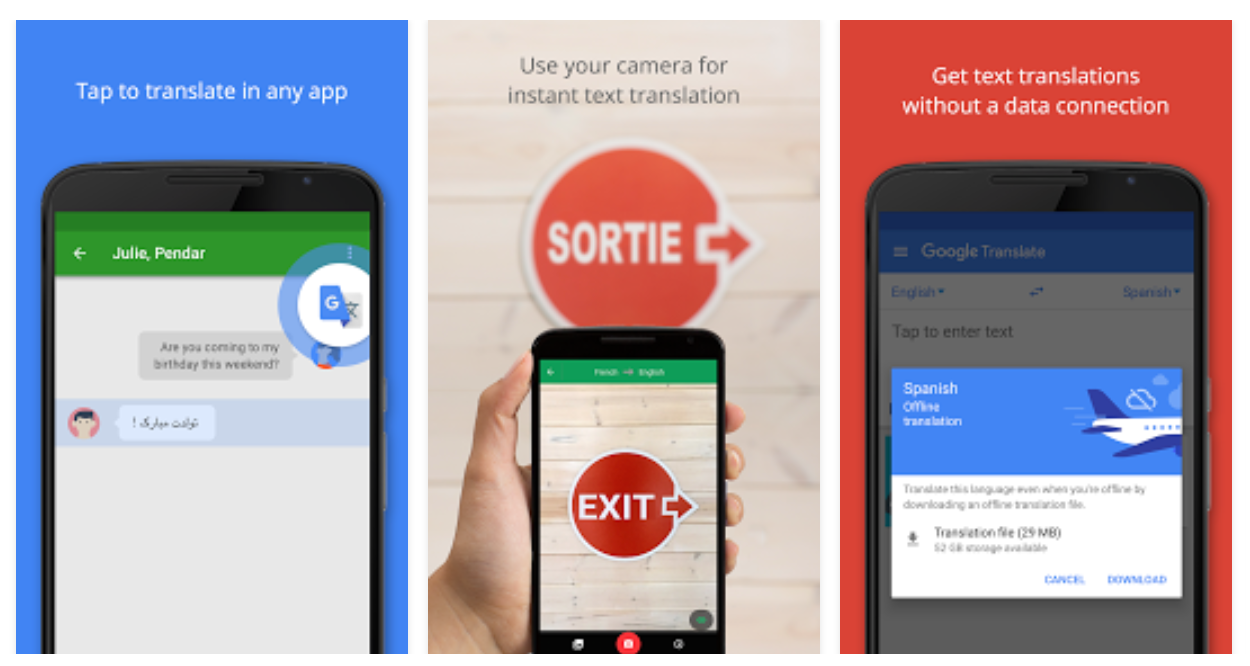 With it, you can type in what you want to say and have it translated into your conversation partner's language, or you both can just speak and get a translation (although that sometimes isn't the most accurate).

The photo feature has been available for a while. Like speaking, it isn't exactly the picture of accuracy, but it was close enough to get me through a ton of menus written in Italian while I was travelling last year.

One thing I also love about translate: You can download lanes onto your device before a trip so you don't have to blow through data trying to figure out how to find the bus station.

It's definitely a cool built-in feature in the S9, but if that was one of the only things enticing you to upgrade (it's really a small bump up from the S8) then you can get the same feature now, even on an iPhone.