How To Get End-To-End Encryption In Skype 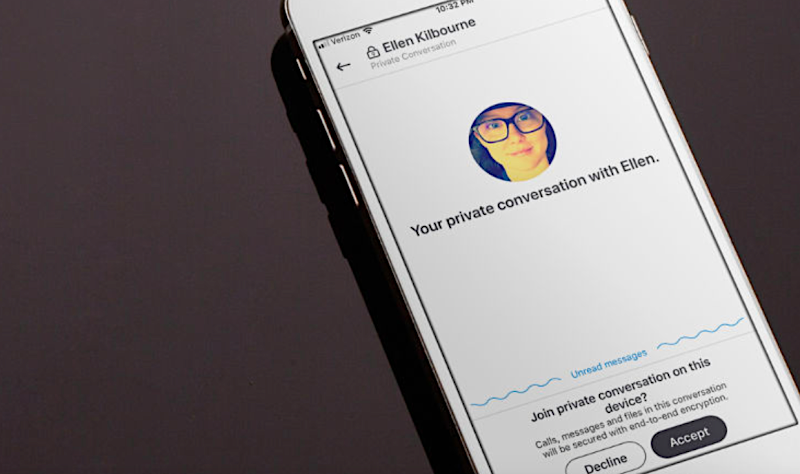 Skype is one of the most popular messaging apps around, but it's never offered the type of end-to-end encryption that's become standard in other services such as WhatsApp and iMessage.

Now, that's finally set to change thanks to a partnership between Microsoft (which owns Skype) and Signal (the super-secure messaging app approved by Edward Snowden) for a new feature called Private Messages. Here's how to get end-to-end encryption in Skype, and how to use it.

For now, you'll need to sign up for its Skype Insiders program to try out the latest update, but that doesn't take much work. Just download Skype Preview, which is readily available for Mac, Windows, Android and Linux. (There's also an iOS version, but it's only available through Apple's TestFlight program and access is limited.)

Once Skype Preview is installed and you've logged in, all you need to to is select the "+" icon and pick "New Private Conversation" from the drop down menu. Then pick the person you want to chat with and Skype will send them an invitation. 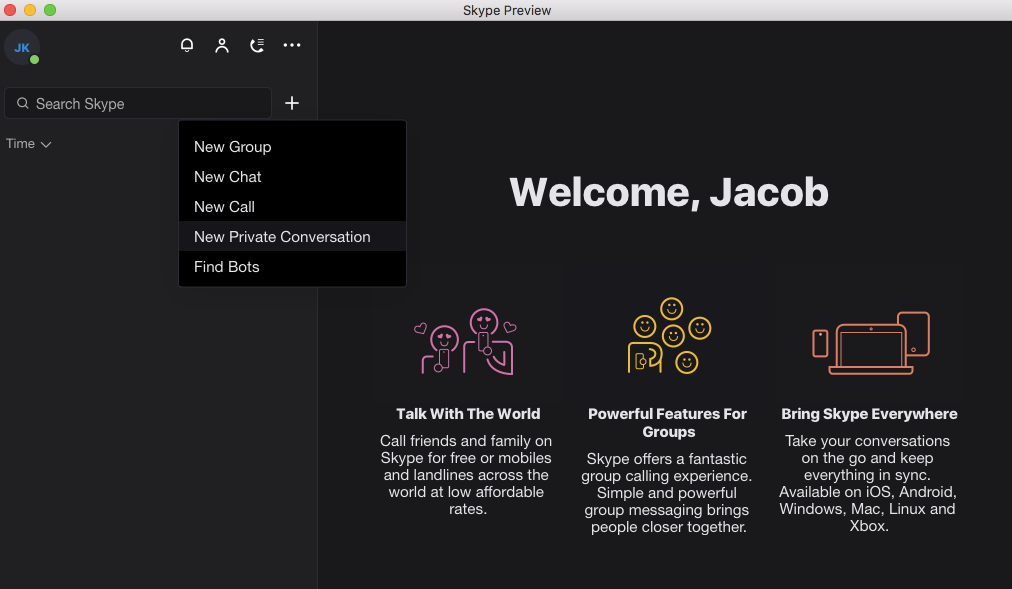 Beyond end-to-end encryption, there are a few other features that set Skype's Private Conversations apart. Invitations to chat only last for seven days, after that they expire and need to be re-sent. Each Private Conversation is also limited to the device it started on, so if you want to chat privately on your computer and phone you'll have to send two separate invitations to the same person. Skype blocks the text of these encrypted conversations from showing up in your notifications as well, for an extra layer of protection.

When you're ready to end your conversation you have two options. You can delete the chat by right-clicking your mouse (or holding down, if you're using a smartphone) and then selecting "Delete chat". This won't officially end the conversation, so you can pick it up again later.

If you really want to end your discussion, you need to go to the chat header and then scroll down to "End Private Conversation". Once you do that, you'll need to send a new invitation to start things up again.

Use An Ice Cube To Steam A Perfectly Round Egg

Claire Lower 18 Jan 2020 2:30 PM
My love for the McMuffin and McMuffin-esque breakfast sandwiches is not a secret. The tender English muffin, salty meat, melted cheese, and perfectly round egg create a beautiful breakfast bite. Making your own version at home is not an excessively difficult task, but the round, steamed egg is crucial.