How To Fly With Your Kids When You're Terrified Of Flying 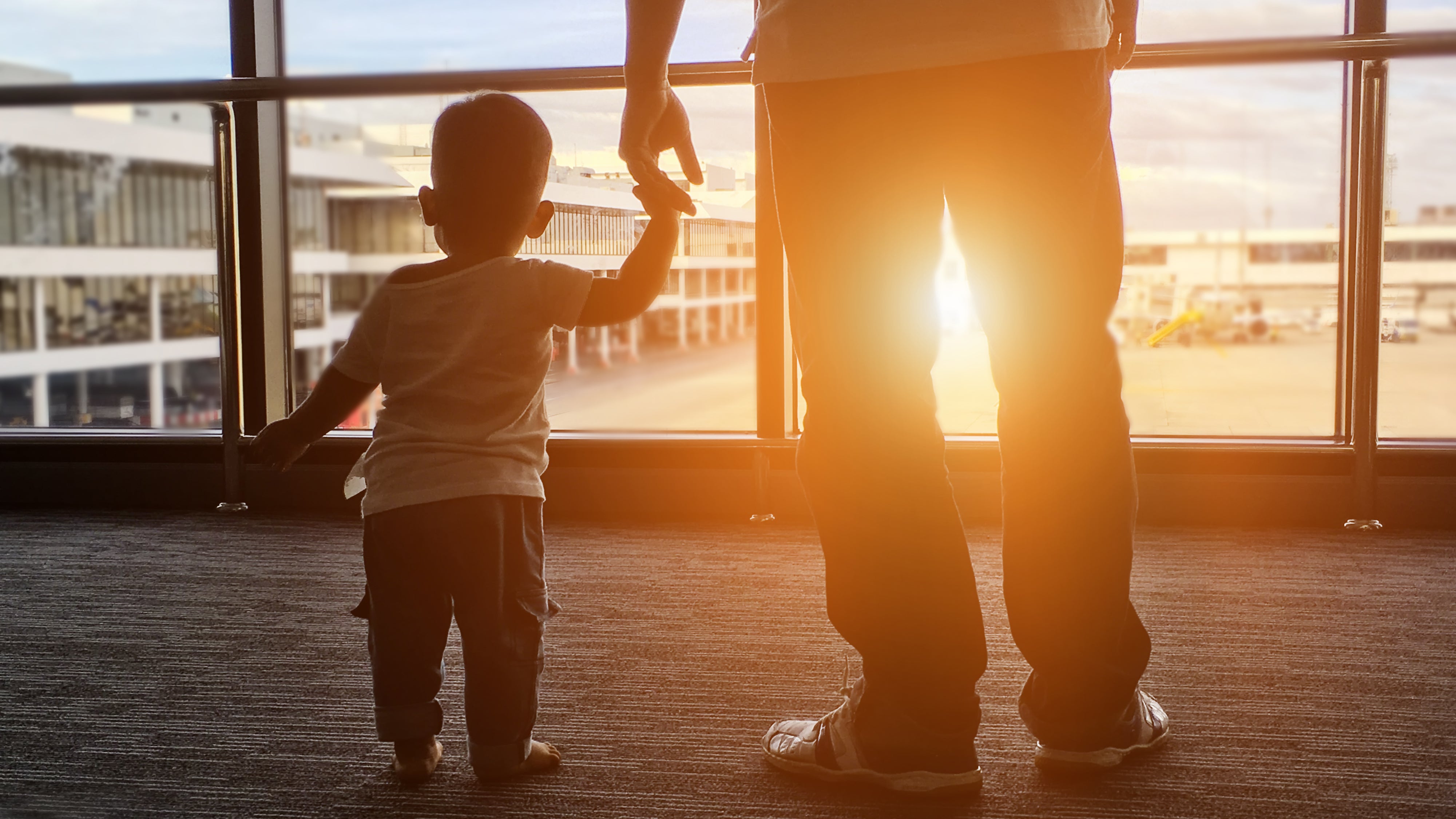 Logically, I know that my fear is illogical. I know that commercial flight is statistically safe. I understand what turbulence is and that modern passenger jets can withstand more in-flight abuse than they normally experience. I know these facts, but they don't comfort me.

My fear has gotten worse in the past decade, which is how long I've been a parent. I have more to lose than I once did. When I'm on a plane, my preferred posture is eyes scrunched tight, back hunched over, fingers gripping the armrests. I'm like that from the moment we begin rolling down the runway until the moment the wheels touch down.

I realise what people must think when they see me like this, and I don't care. Unless it's my kids sitting next to me. You know how your little munchkin will pick himself up off the pavement and look at your face before he decides whether he should cry? Flying scared is like that. I know that if my kids see how I really feel, they will be terrified also, and that will lead to wailing and weeping. They might cry also.

Here's how I keep a brave face.

It all begins with the flight itself. Make it as short and painless as possible. Above all else, serenity should be your goal. If there are several airports in your area, choose one that is not the entrance to the ninth circle of Hell.

Consider flying direct, even if it means a long drive. I greatly prefer three hours on the road over three jittery hours in a connecting airport, waiting to board my doomed second flight. If direct is impossible, try to pick an airport that has a reputation for punctuality. Here I'm thinking of gate-to-takeoff delays, when you're trapped in awful anticipation.

Buy tickets from a real airline and not one of the budget carriers that charge you for every little comfort. This will cost more money, but it will make the experience less horrible. I am a tall person. I've been in airline seats that forced me to choose between crushed kneecaps and manspreading. I appreciate carriers that realise the value of legroom. And it's nice to have a little nosh. The last flight I was on served fruit, cheese, nuts and hummus. The pleasure of eating tasty food helped quiet my screaming amygdala. I wasn't a monkey in a cage. I was a layabout on a picnic, tickling my palate.

If you're travelling back home from somewhere with legal pot, you may be tempted to eat a spiked cookie on the way to the airport. Except. Ever feel paranoid when you're stoned? Ever feel paranoid when your fragile body is kilometres above the safety of solid ground? Ever feel like combining those two paranoias into one super paranoia while trapped with 200 strangers, one of whom may be an air security officer? Remember, we're trying not to freak out in front of the kids.

Prescription medication is a viable choice, but those drugs have side effects. It's good to know how they alter your body and mind before it's go time. And in terms of treating your fear of flying, they might not even work. 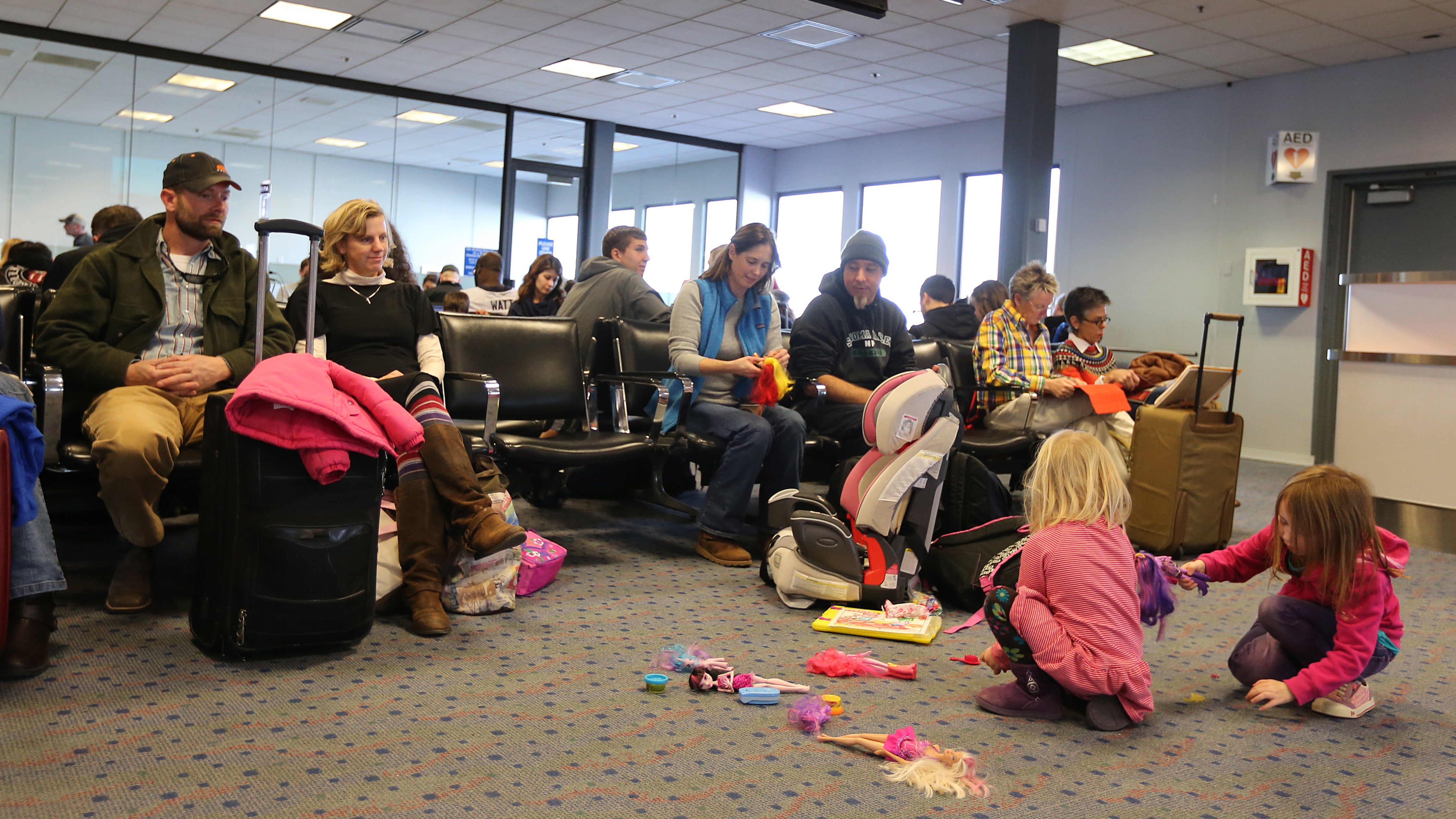 Hey, it's peak airport season! The time of year when you spend a lot of time in lines waiting to be barked at by airport security, and waiting to take off your shoes, and then ... sometimes waiting, and waiting, and waiting some more. This is not exactly ideal when you don't have children, but for those of us with toddlers and little kids, it's a special stretch of total hell. So the prepared parent plans enough activities to keep little Corian and Toto engaged - and most importantly not whining or screaming - for up to, oh, 11 hours.

How about a couple of glasses of wine? That pinot will make you tipsier than usual. Plus, if you get sloppy, you'll leave your partner to bear the burden of distributing snacks and locating lost crayons. Leave the drinking to the pilots. Kidding! They're not drunk. They're fast asleep.

Actually Engage With Your Kids

A great advantage of travelling with your family is that you won't hate your seatmate. Hopefully. Once your kids have outgrown the heavy-lifting parenting stages that end with primary school, your interactions with them can be more spontaneous and fun - no matter where you are. The aeroplane is simply another loathsome place, such as the dentist's office.

Do something together that takes your mind off your mental state. Play Mad Libs or share one of those detailed zen colouring books. Deal a game of Crazy 8s or Gin. Bring a magnetic chess board or a book of crossword puzzles.

Or look beyond the aeroplane itself. When we last flew, my daughter gazed out the window, breathlessly describing the terrain below. It was the first time she'd seen the Earth from so high up. I returned her delighted smile, imagining what the wreckage of our aircraft would look like, scattered over those majestic mountains. Still, if it was to be my last memory, at least it was a happy one.

In general, the average adult could stand a little more introspection. Regarding the topic at hand, think about the exact reason you are scared of flying. Is it the weird noises? Turbulence? Underwear bombers?

Once you know the source of your fear, you can distract it effectively. Create a playlist of songs that make you want to boogie. Listen to silly podcasts. Watch movies or read a book. Open a meditation app and practise intentional breathing. 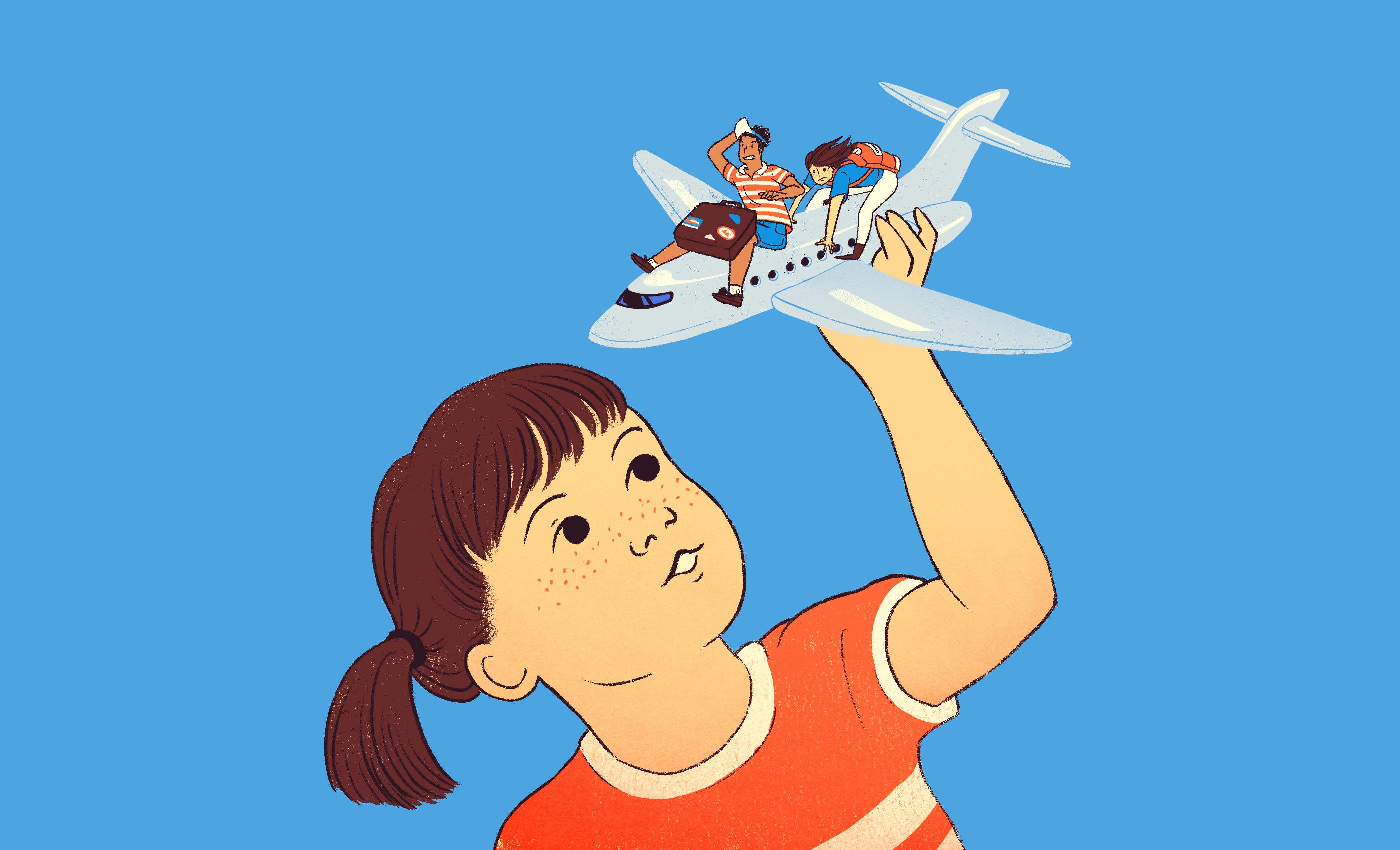 A Guide To Air Travel When You Have Little Kids

I am not a parent, but as someone who has a hard enough time feeding and clothing myself, I have a lot of respect for humans who take care of other humans. When I see parents travelling with their kids, it looks like so much fun. But travel is stressful enough when you're alone - how do they pull it off with little ones?

For me, the source of fear is lack of control combined with consolidation of risk. I have to trust that everyone involved, from the mechanics to the pilots to the air traffic controllers, is doing their job well. Not just for my flight, but all the other ones nearby. If my pilots are tip-top, but the dummies in the Dreamliner decide to land on our takeoff runway, then I'm screwed. And so are my kids. In a normal day, it's unlikely my family would be wiped out. The four of us are in four different locations. Put us together in an aeroplane, and it's all or nothing.

It turns out that the ideal remedy to my fear is listening to a story about someone exerting small measures of control in a life-threatening situation. Specifically, listening to the audiobook of The Martian. I stumbled onto this antidote the last time I flew. As astronaut Mark Watney dictated his daily plans, successes and failures into my earholes, my chest relaxed. My grip relaxed. I even chuckled at the funny bits. Instead of listening to the voice in my head conjure scenarios of destruction, I listened to a calm voice, a funny voice, talk out a series of checklists.

This is exactly what I do when I'm not locked in a tube of death! I make plans and I modify plans and I talk about plans. Sometimes I make plans to make plans. It was like I was listening to myself - a smarter, braver version of myself. After all, I doubt I'll ever end up trapped on Mars. I hear it's quite a long flight.