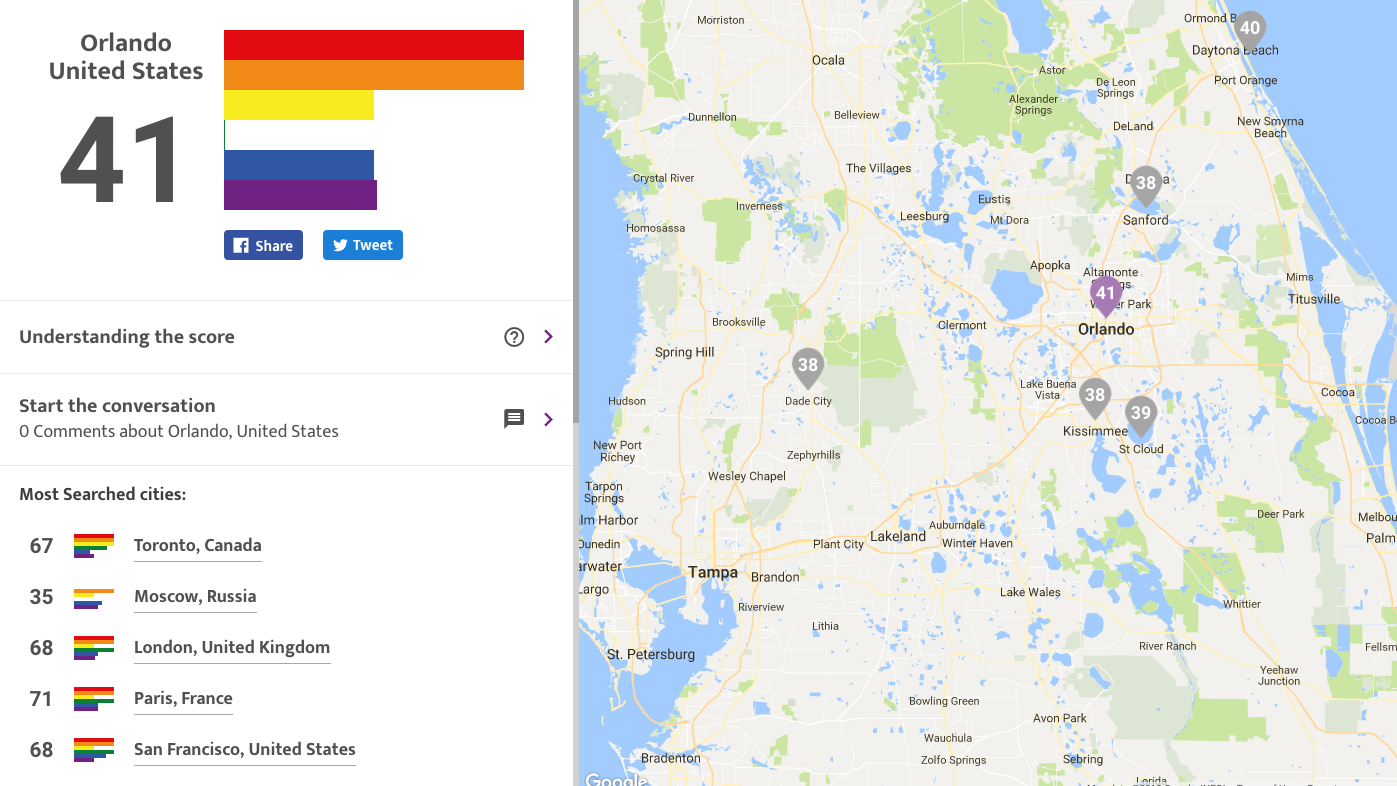 You don't want to live in a place that doesn't respect you as a person. Destination Pride, built by PFLAG Canada and ad agency FCB/SIX, rates cities around the world based on the legal rights and protections they give to LGBTQ people. While it's packaged as a holiday rater, it's more useful when choosing where to stay long-term.

Search for a city, and Destination Pride scores it based on local, state and national civil rights laws, plus recent relevant social media conversations. It sums up the results in a cute rainbow-flag graph. At the city level, scores don't always map to a place's potential as a holiday spot - Fire Island scores 65 out of 100, and Miami Beach scores 39 - but are a better measure of whether you can actually build a life there. (For example, most US destinations score terribly on legal protections for housing and employment.)

Scores outside the US vary even more widely. Buenos Aires scores a cool 82, Tokyo scores 36, Paris scores 71, Cairo scores four. (Some cities are rated only by regional or national data.) While Destination Pride doesn't give a full law-by-law breakdown for destinations, by sorting them into category it makes a good jumping-off point for further research.

FCB/SIX's Ian Mackenzie tells Co.Design that the tool just provides a quick snapshot, and is meant for helping set expectations. (Different towns in the same state might have similar ratings, despite having very different local vibes.) Mackenzie hopes the tool can become part of larger travel resources; it would make even more sense on real estate sites. A rainbow rating on Trip Advisor or Zillow might even help a state or city realise the financial benefits of, you know, protecting people's basic human rights.