Why Your Speakers Sound Terrible And How To Upgrade 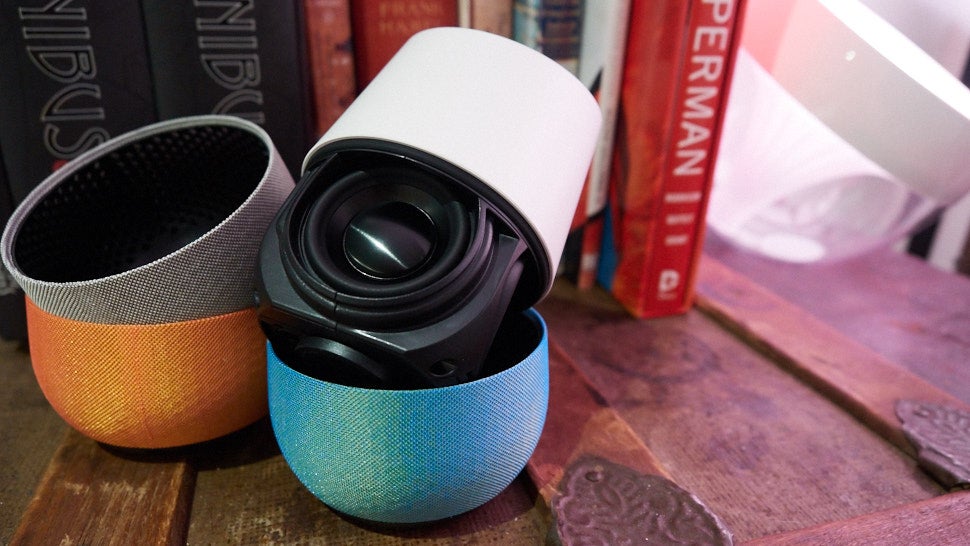 Your phone has one, your laptop has one, and you’ve got a smart one in the corner of your room telling you the weather – but what makes a good speaker different from a so-so speaker? Why you might consider upgrading the audio capabilities of your TV or computer, and what should you look for if you do?

Decent sound makes a big difference to so much of what you do on a computer or a phone, from music to movies to gaming, and while it might be less of a crucial consideration when you’re picking a Bluetooth speaker for the kitchen, it’s still worth knowing the ins and outs of the specs you’re going to come across.

A speaker’s job is to pump out audio in the form of sound waves, typically using magnets and a coil to turn electrical signals into vibrations on some kind of cone or diaphragm made of paper, plastic, or another type of material. The frequency of those vibrations controls the pitch (the higher the frequency, the higher the pitch), and the size of those vibrations controls the volume level, which is of course why you can feel some speakers actually shake as they get louder. 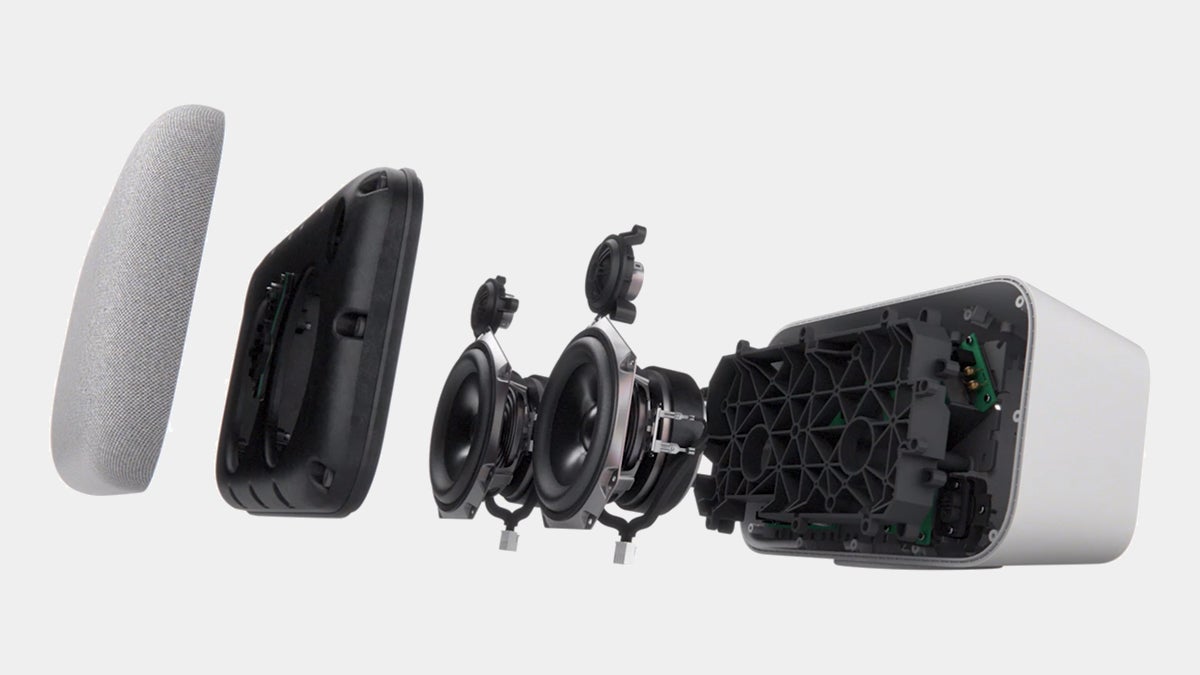 So, the reason your smartphone is terrible at heavy bass and loud volumes is mostly because there isn’t enough room for the speaker setup required to properly reproduce them. Higher frequency and quieter sounds can be reproduced in a smaller space, but it’s simple physics that the best bass needs a big space, even if manufacturers can employ a number of tricks to try and bend the laws of science.

You’ll see a number of specs attached to speakers, including the maximum power a speaker can take, measured in watts, which essentially tells you how loud it can get – this will often be quoted as an “RMS” (Root Mean Square) figure, referring to the power load the speaker can handle across a significant amount of time, rather than the absolute peak it can reach if really pushed.

At the top end of the speaker market more terms come into play, like Total Harmonic Distortion (THD), which is how faithfully sounds are reproduced, and impedance, which indicates how well a speaker resists the electrical current passing through it – a higher impedance, measured in ohms, means the speaker needs more power from its source to produce a decent sound. 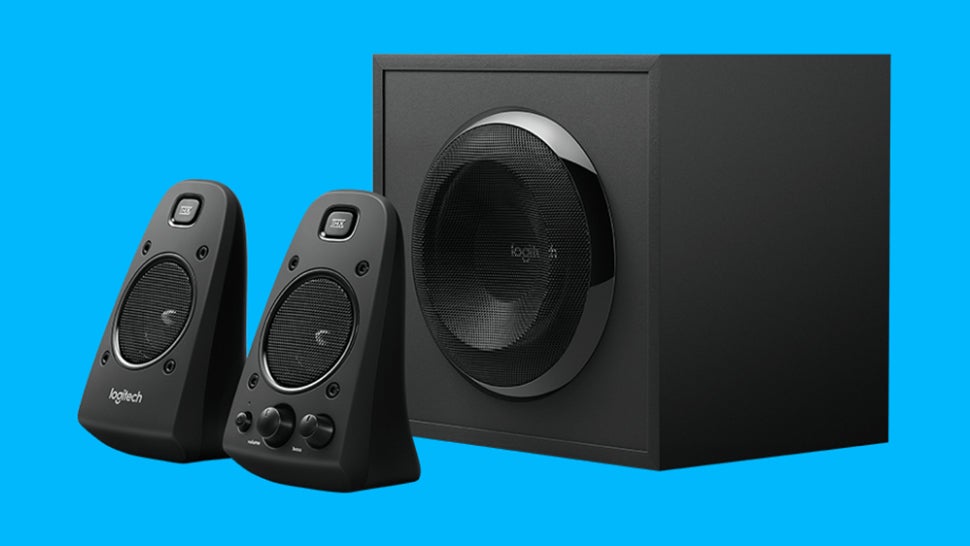 Taken on their own though, these specs don’t tell the whole story about the quality of a speaker, and they’re more useful for working out which speakers go well with which other bits of audio kit and sound sources. Like computer specs, speaker specs only tell part of the story — manufacturers will often use their own measuring systems and standards anyway — and it’s really how they work together that counts.

Unless you’re kitting out your room with some very high quality speakers however, you won’t see references to these more advanced specs — you certainly won’t see them in relation to the audio setup on your phone or laptop very often. The basics of power and volume are enough to give you a good grounding when it comes to choosing speaker upgrades for your existing tech gadgets.

The problem with phone and laptop speakers

Audio on a smartphone, and to a lesser extent a laptop, has a host of hurdles to overcome. Space is limited, so no huge and deep cones or the resulting vibrations you get them from; and the power supply is limited, which puts yet more restrictions on volume. The end result is often tinny, restricted sounds that stick to high end frequencies to fit in with these limitations and protect your gear from frying.

This brings us to a term called excursion, which is how far the speaker cone travels – obviously a factor that’s limited in laptops, phones, and dinky Bluetooth speakers. Over-excursion, where a speaker is pushed beyond its limits, will quickly cause hardware problems, so it’s usually carefully managed in both large professional speakers and tiny smartphone speakers. 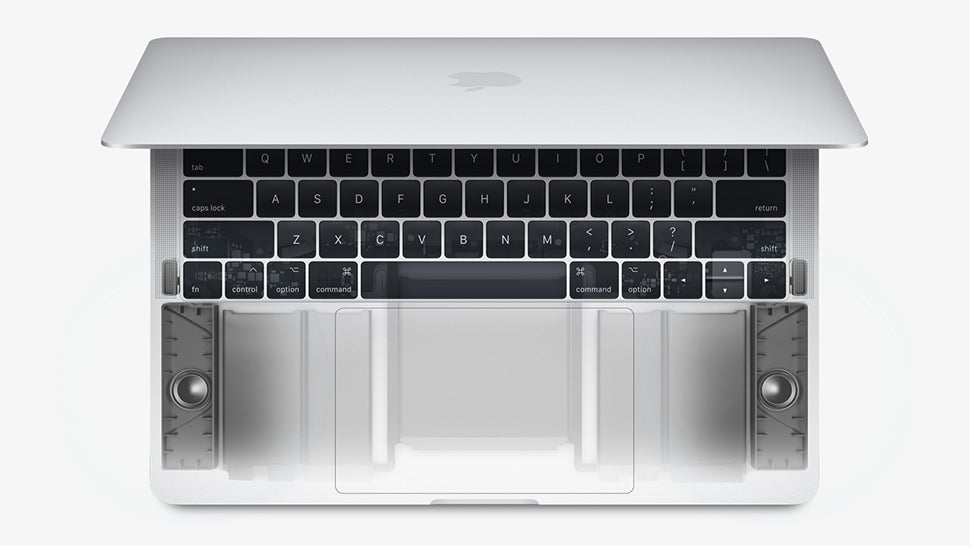 These small phone speakers will often be specifically engineered to cut out lower frequency, deeper sounds to stay within the parameters of the speaker hardware and to avoid placing too much stress on them and the surrounding components. Some phones will include bigger and louder speakers than others, and make compensations elsewhere, but the overall difference in audio quality isn’t going to be huge from model to model.

To make anything like a real difference, you need a dedicated setup like the BoomSound speakers on the HTC U11 (and its predecessor), where the speaker’s tweeter and woofer sections are separated out, or at least separated out as far as the constraints of a smartphone design allow them to be. Even then, the difference isn’t so great that it’s going to become a major factor in your smartphone-buying decision, which is why it’s not often flagged as a big deal on phones.

The obvious solution is to move the audio off the built-in speakers and on to a pair of headphones (or earphones). In some ways headphones are simple miniature speakers — you see specifications like impedance, power output, and sensitivity here as well. Many headphones also list a frequency response, which is the range of sounds (from deep bass to high treble) that the headphones are capable of properly reproducing (bear in mind though that human hearing only goes up to about 20KHz). 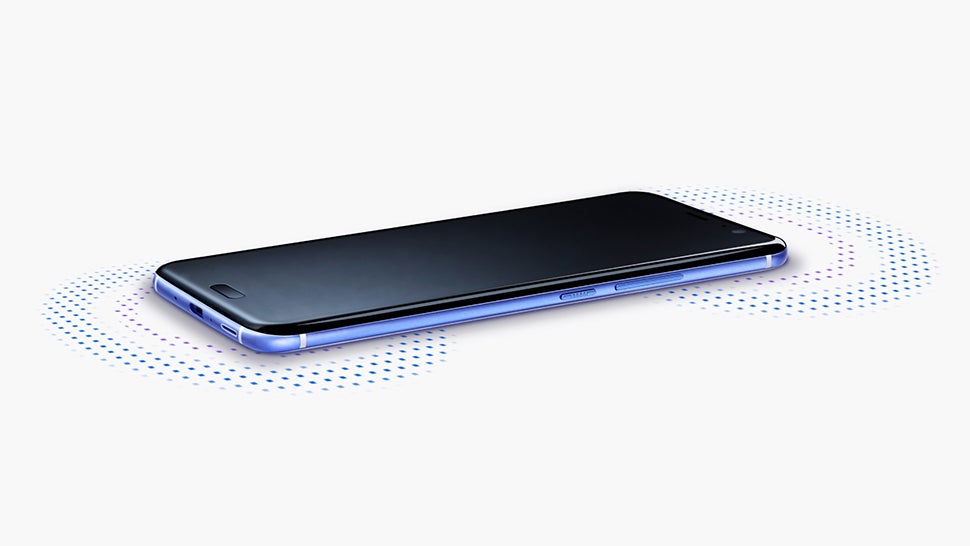 We’re focusing on speaker technology here, but it’s important to remember that the overall audio quality you hear also depends on the quality of the inputs coming into the speakers (or headphones) too – that’s true for smartphones and laptops as well as high-end hi-fi gear. Everything that converts electrical signals to audio has a DAC (Digital to Analogue Converter) installed, but phones like the LG V30 have superior DACs for better, more authentic audio conversion.

Audio sampling rates and digital to analogue conversions are a whole separate topic to the acoustics and characteristics of speakers, so we don’t dive too far into it here, but just bear in mind that the audio quality you end up with from your gadget of choice doesn’t just depend on how expensive your speakers are — better speakers will always produce better sounds, but a bunch of other factors, even just upping the streaming quality from Spotify, make a difference to your ears as well.

Start shopping around for an Echo, or a Google Home, or a portable Bluetooth speaker, or a sound bar to sit in front of your TV, and you’ll see they often come with more than one speaker inside the same unit, once you get above the budget models.

Take The Apple HomePod has a single (high excursion) 10cm woofer but a seven-tweeter array at the bottom. As we mentioned above, spec sheets don’t tell the full story with speakers any more than they do with any other piece of tech, but they give you an idea of what you’re getting for your money — and at least you now know what exactly a high excursion woofer is. 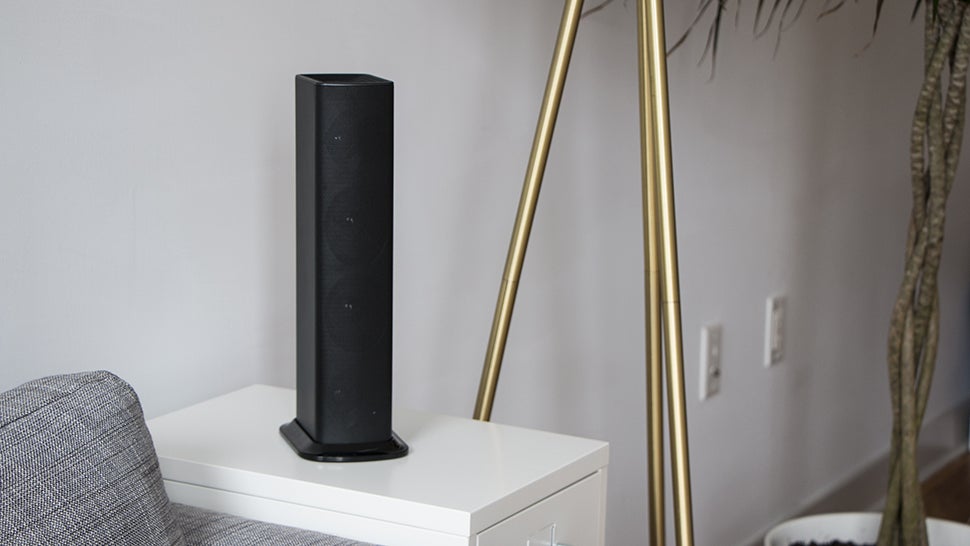 The LG SJ7 Sound Bar Flex, meanwhile, includes three speakers, one of which is a subwoofer. You will of course notice that the subwoofer is much bigger and has a higher power rating than the two satellite speakers in both the LG SJ7 and many a similar system, for the reasons we’ve already talked about — no one’s going to fit one of those deep bass drivers into a MacBook any time soon.

If you’re choosing speakers to upgrade your laptop or desktop with, the good news for the time-poor buyer is that pretty much anything will be an improvement. Check the reviews on the web carefully and you don’t even have to spend all that much time pouring over spec sheets either — though power in watts, and sound sensitivity in decibels, should give you a good indication of what you’re dealing with. 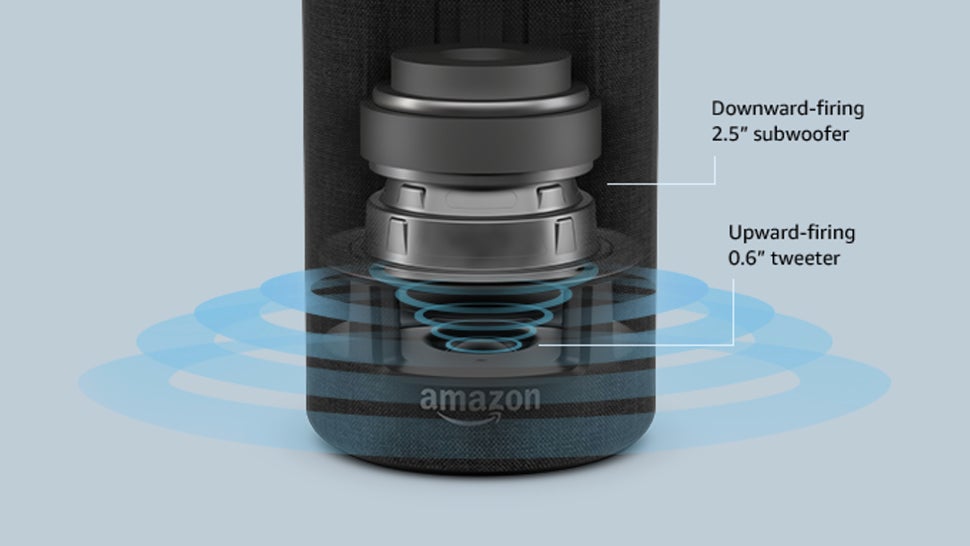 Those of you really going to town on a PC or home theatre setup can start to consider 5.1 or 7.1 systems, which simply refer to the number of separate satellite speakers you get to really immerse yourself in music, movies, or games. These speakers will all have separate specs like power ratings for you to weigh up. Take into account the size of your room though, otherwise you’ll be wasting money on performance you can’t appreciate.

For the serious audiophile, it can be a lifetime’s work finding the right mix of speaker characteristics and specifications to make the perfect audio setup, but for the rest of us – shopping for an Amazon Echo or a laptop speaker upgrade – it helps to have a grasp of the basics.