Intel and AMD might be fierce competitors for decades, but that hasn’t stopped the two chip makers from teaming up to create a new mobile CPU with souped up integrated GPU that will soon be found in gaming and professional laptops from many major computer makers. We’ve known about this plan since November, but now we have the details.

It might leave you scratching your head to find Intel and AMD working together. Just last October AMD announced laptop processors intended to directly compete with Intel’s processors, and in November Intel poached AMD’s lead GPU architect to head up a new Core and Visual Computing Group. So why on earth would Intel work with AMD when Nvidia, AMD’s rival, is standing right there? It could have something to do with Intel’s new GPU architect knowing his way around the AMD architecture. Or as PC World notes it might have something to do with the fact that Intel isn’t too fond of Nvidia either. The companies compete in many other spaces — particularly machine learning and AI — and Intel has had to pay Nvidia more than $US1.5 ($2) billion in licensing fees since 2011.

Either way, when these big companies compete we consumers reap the benefits, and in this case it means a whole new mobile chip from Intel that can get squeezed into a laptop. Currently there are two flavours of Intel mobile chips. The U-series, which is currently in its 8th generation and found in everything from your Dell XPS 13 to your Google Pixelbook, is intended for the “mainstream”. While the H-series, which has not been released, is found in high-end gaming laptops and intended for insane performance and less than sane battery life. 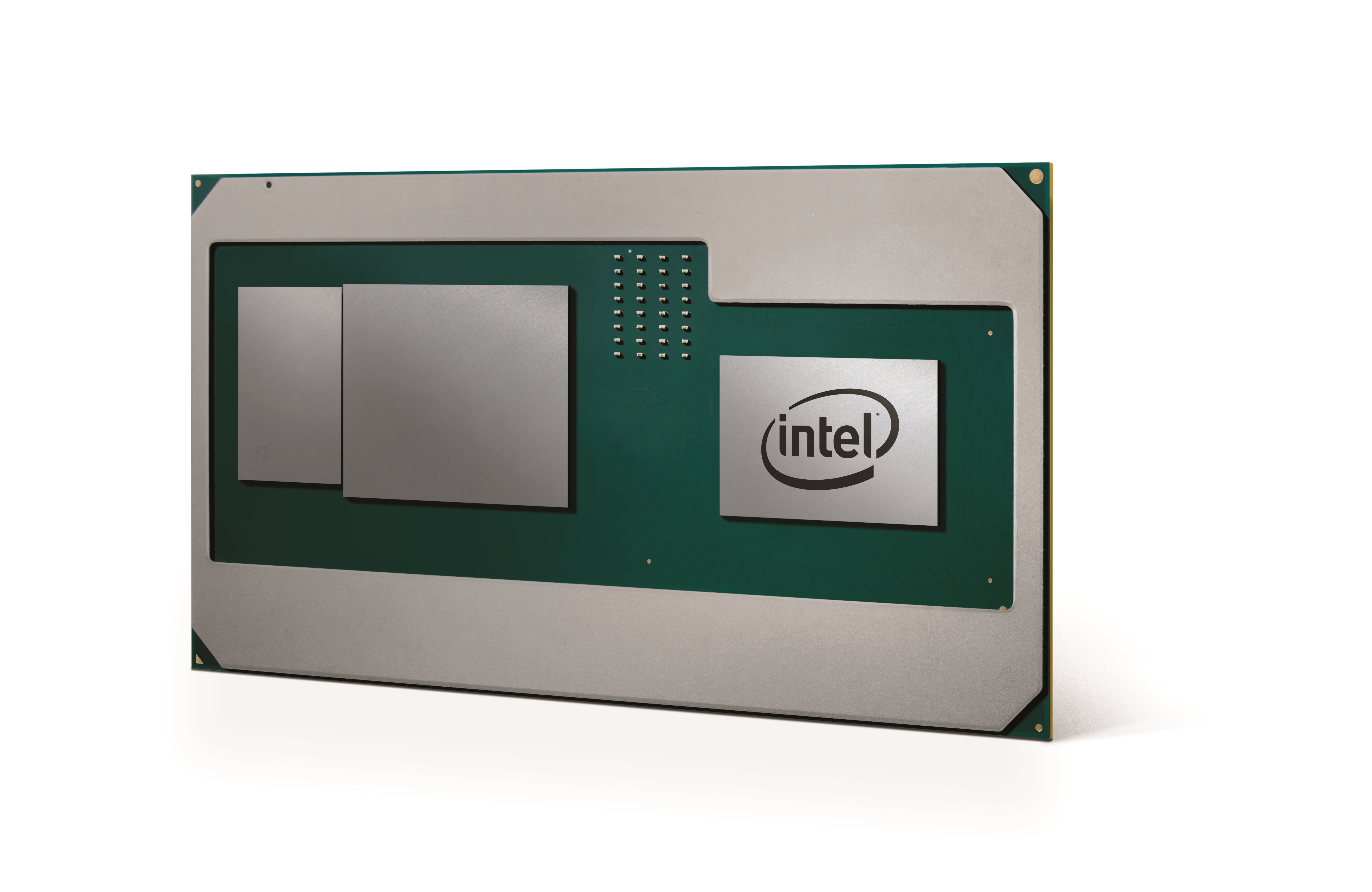 A render of the new chipset. Image:Intel

The new series, termed G-series, is intended as a bridge between the two. It features an H-series 8th-generation CPU and an AMD Radeon RX Vega chipset, is available with an i5 or i7 CPU, and comes in 65 watt and 100W variants, with the 100W variant being unlocked and capable of overclocking.

The chips’ alleged magic comes from a combination of factors. It has 4GB of High Bandwidth Memory Generation 2 in a vertical stack for the GPU (compared to GDDR5 memory laid out in a single layer around a traditional discrete GPU), and the GPU communicates with the CPU via PCI.e 3.0. But what Intel is particularly proud of is the Embedded Multi-die Interconnect Bridge or EMIB that lashes the CPU, GPU and that vertical stack HBM2 together. This bridges is much slimmer and potentially faster than what you normally find in a laptop with discrete graphics. It allows the CPU and GPU components to take up way less room on the motherboard, as the image below helpfully illustrates. 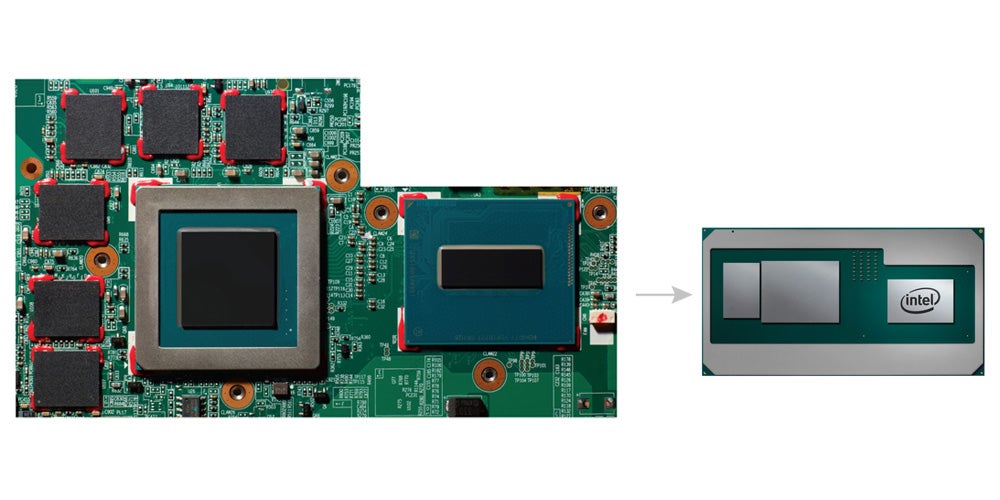 On the left is a more traditional layout, with 5 pieces of memory surrounding the GPU which is adjacent to the CPU. On the right is Intel’s render of the new chipset, in its new, much smaller size. Image: Intel

What that means for your computer is that a 41cm laptop with this chipset inside can be just .67 inches thick without any need for the special cooling and engineering demands of something like Nvidia’s Max-Q design ethos. Max-Q design was launched last year, and like Intel’s new G-series chip it was intended to make gaming laptops thinner, quieter, and cooler without significantly compromising speed (battery life proved to still be pretty terrible).

A laptop with an Intel G-series chip inside should see better battery life, and pretty reasonable speeds when gaming. Intel claims that it performs up to 1.4 times faster in games compared to an 8th-Generation U-series processor paired with an Nvidia 1050 GPU.

The G-Series chip is capable of powering an insane 9 displays at once. The CPU is a 4 core, 8 thread processor clocked up to 4.1 GHz while the GPU features 20 compute unit and has a base clock of 931 MHz and a boost clock of 1011 MHz.

Intel is hoping to sell this chipset to gamers, but AMD won’t be handling GPU driver support. Instead that task falls to Intel, which has said it will have Day Zero game support just like Nvidia and AMD. That means that the day a game is available, a new and optimised driver should be available for your laptop. 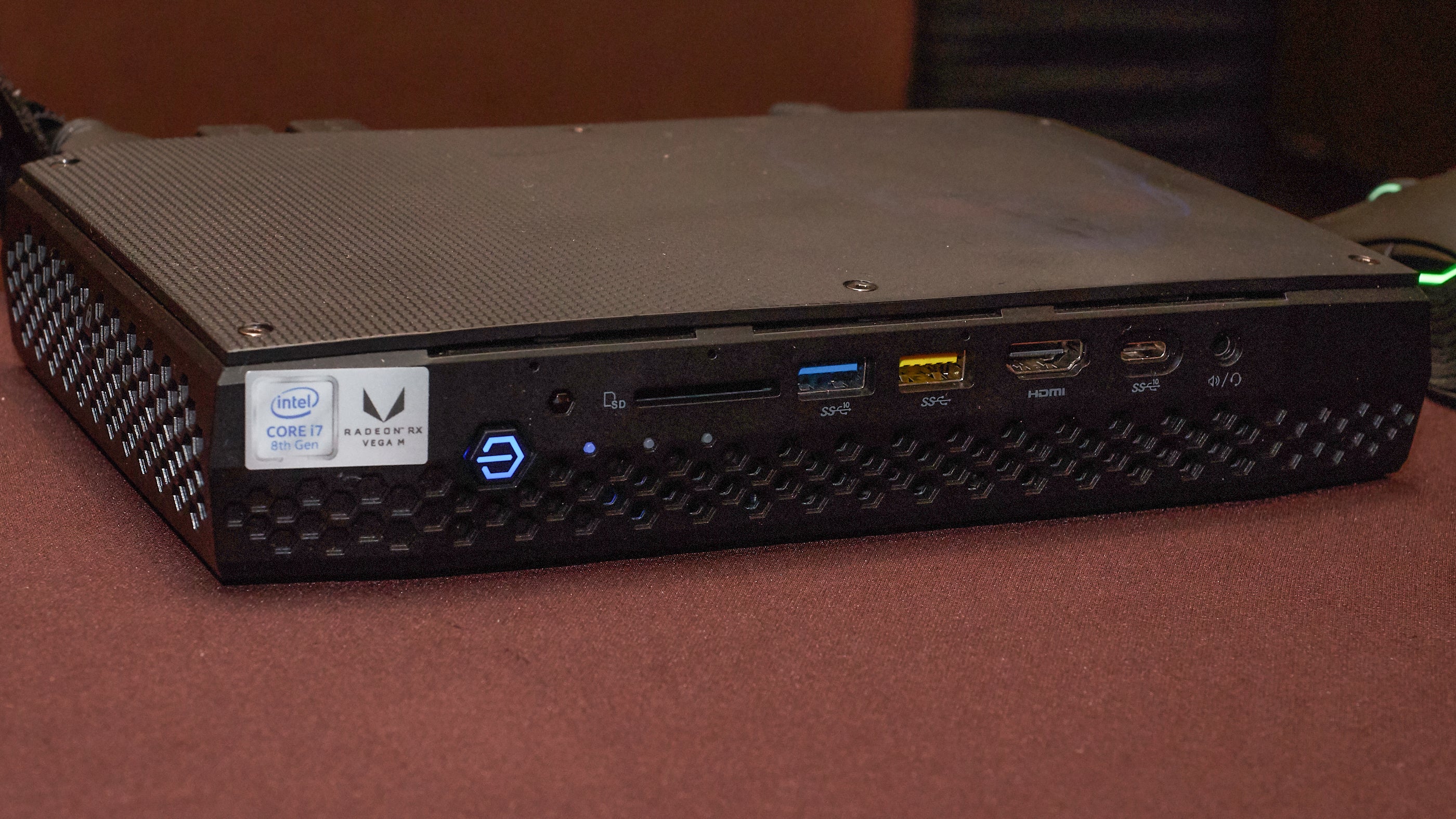 Or your NUC. Intel is releasing a G-series variant of its adorable little mini PC. Intel claims it is the smallest premium VR system on the market. Unfortunately, because it’s intended for gamers it got a stupid skull on the chassis and a big glowing power button. 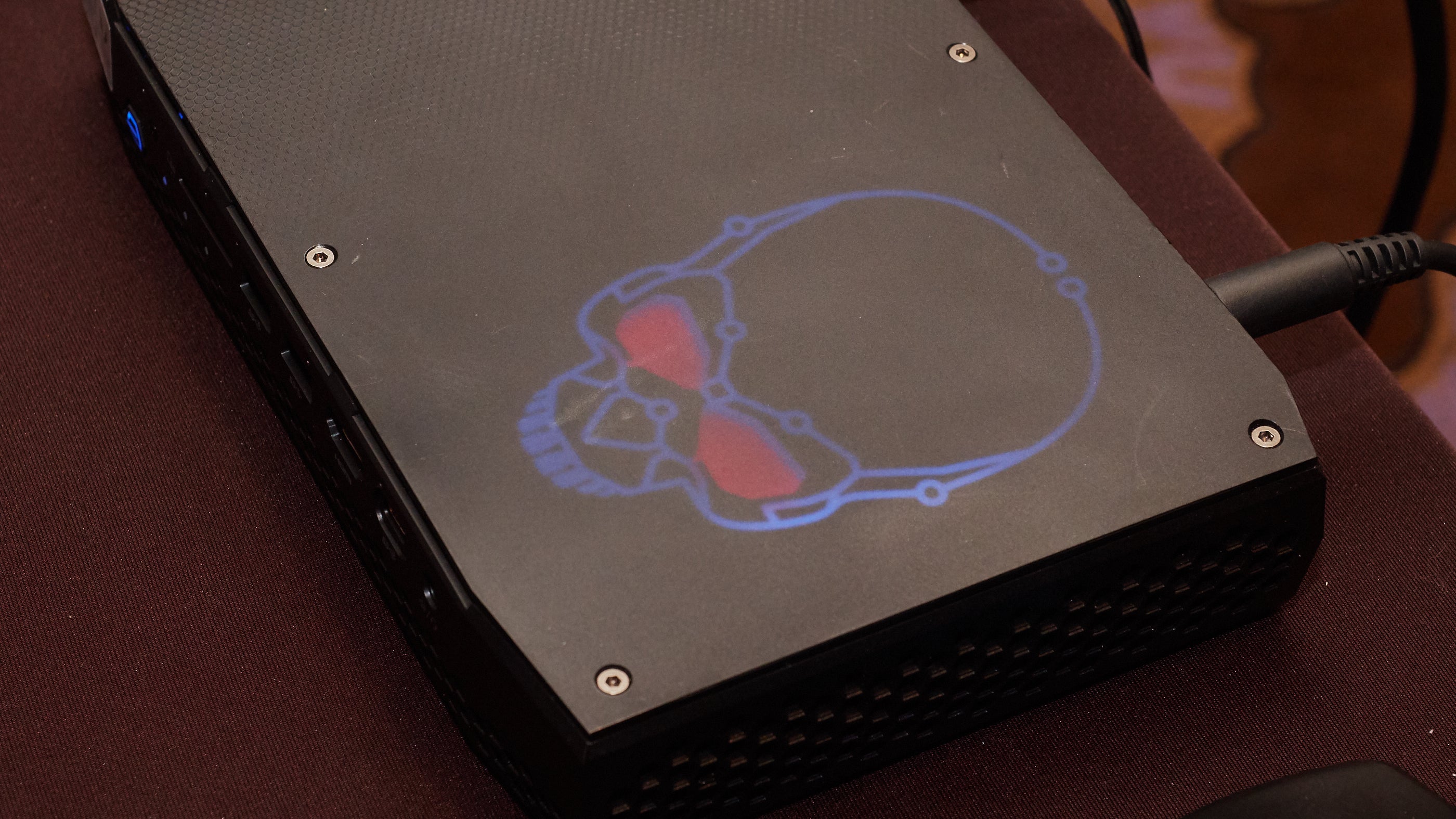 There will be two versions of the NUC. The NUC8i7HVK, which features the 100W, overclockable i7-8809G, and the NUC8i7HNK, which has the 65W i7-8705G inside. Intel hasn’t released details on price but the last gaming-focused NUC starts at $US870 on Newegg. So this thing will be tiny, but it probably won’t be super cheap.

Intel hasn’t said when the NUCs will be available, but the new G-series chipset will begin appearing in devices in the spring of 2018.