Getting Started With Home Automation

Over the coming weeks I’m going to be looking at a bunch of different home automation gear. I have several goals in this journey covering making things easier to use, energy saving and home security. But I can already see some challenges along with all those opportunities.

I have several parts of my home automation system already with a few more yet to come. I’ve set up a few Elgato Eve devices, some Belkin WeMo kit and a Reolink Argus Security Camera. I also have Schlage Smart deadbolt, some Nanoleaf lighting gear, a Ring doorbell and a weather station and security camera from Neatamo. Throw in some Sonos speakers and some other bits and pieces like gaming consoles and media streamers and it starts to get complex.

I’ll also look into a more sophisticated system for managing my air-conditioning system as the control system that came with the house looks like it was made in the early days of sci-fi. 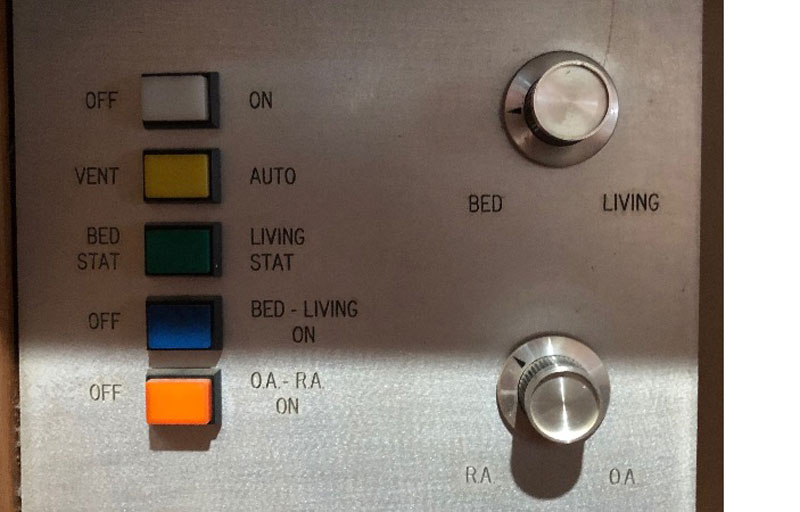 My ancient air-conditioning control. In dire need of a high-tech makeover.

As you can tell, this is something of a home automation nightmare. I have multiple brands, several standards and no single uniting interface. On the upside, I don’t really have any legacy automation in the house so I’m not trying to hook into something that is pre-existing.

Some of the gear I’ll try out uses Apple’s HomeKit set of standards, like the Elgato Eve gear I’ve started playing with. My wife enjoys tormenting me by turning the TV off when I’m home and she’s out. And we’ve found the Reolink camera is handy as a quick-and-dirty messaging tool as you can broadcast audio through it when away from the house.

I currently have a WeMo switch set up to control the lights on our fish tank but that requires a different app. Ideally, I’d like those lights to work in concert with the ambient light so the tank receives appropriate lighting from a powered source only when there’s insufficient natural light.

So, as you can see, I’ve got the sort of piecemeal solution running at the moment that comes from dabbling.

Given I’m looking at hooking up a bunch of different gear, I’ll be looking at tools like IFTTT, openHAB and others to pull together the disparate hardware if possible.

But the goal is that everyone in the household, from kids to adults, has to be able to use the system easily. If possible, I want a single interface that lets me control everything and automate certain operations.

Along the journey, I’ll be looking at each of the separate products I’ll be trying to integrate as well as how they fit with the other components in my home. This won’t be a typivcal review, where the product is looked at for a few days or weeks before being packed away. Each item I test will become part of my home unless it just doesn’t work or can’t be integrated.

There will be moments where I get stuck. For those I’ll be enlisting the help of experts and sharing what I learn.

So Lifehackers, what aspects of home automation are you interested in? Are there any tips you want to share as I embark on this journey? If you’ve tried this already, what gotchas did you hit? Is there any kit you’re particularly interested in that you want me to try?