7 Beach Hacks For Parents Who Hate To Struggle

kidsoffspringparentingparenting hackssummer
To sign up for our daily newsletter covering the latest news, hacks and reviews, head HERE. For a running feed of all our stories, follow us on Twitter HERE. Or you can bookmark the Lifehacker Australia homepage to visit whenever you need a fix.

Before you have kids, the beach is easy. You amble down with nothing but a towel and a bottle of water; maybe you bring an umbrella and stick it in the sand with the ease of Zeus tossing a thunderbolt. Sun protection is a big hat and a dab of sunscreen. But once you procreate? Hannibal crossed the Alps with less effort and gear than it takes to get kids to the shore.

Because I am lazy and dislike labour of any kind, I try to think through every step of a beach outing with my three-year-old and seven-year-old boys to reduce struggle. And, so, let me share with you my finds, both strategies and gear I’ve tried out successfully and also ideas from similarly lazy (I mean, efficient) friends.

Beach umbrellas are dinky and puny. They’re awkward to carry, hard to put up, and difficult to store, and you end up chasing a mere 0.2m2 of shade around all afternoon. This summer I’m trying a pop-up tent. Mine weighs in at around 1.3kg, which means we can take it with us whether we’re driving or hopping on public transport to the beach. If you have napping babies or toddlers, the sun tent is crucial.

Getting sunscreen on my very fair three-year-old feels like roping a calf, except this cowboy is a pudgy middle-aged white woman sporting a tankini and a wedgie. I’m tired of putting a half nelson on a squirming child to slap some sandy zinc oxide on his nose. (Side note: I have literally never heard anyone say “half nelson” out loud except in an episode of One Day At A Time.) My current solution for the 3YO is a neck-to-ankle swimsuit and a hat that also covers the back of his neck. This reduces the amount of skin real estate I have to smear (and also works out to be cheaper, since I cave to sneaky eco-marketers and buy the spendy sunscreen that promises no additives and also eternal life). Note: You still have to get sunscreen on the face and the back of the neck, even with that hat; last summer I skipped the neck and he got a painful burn. 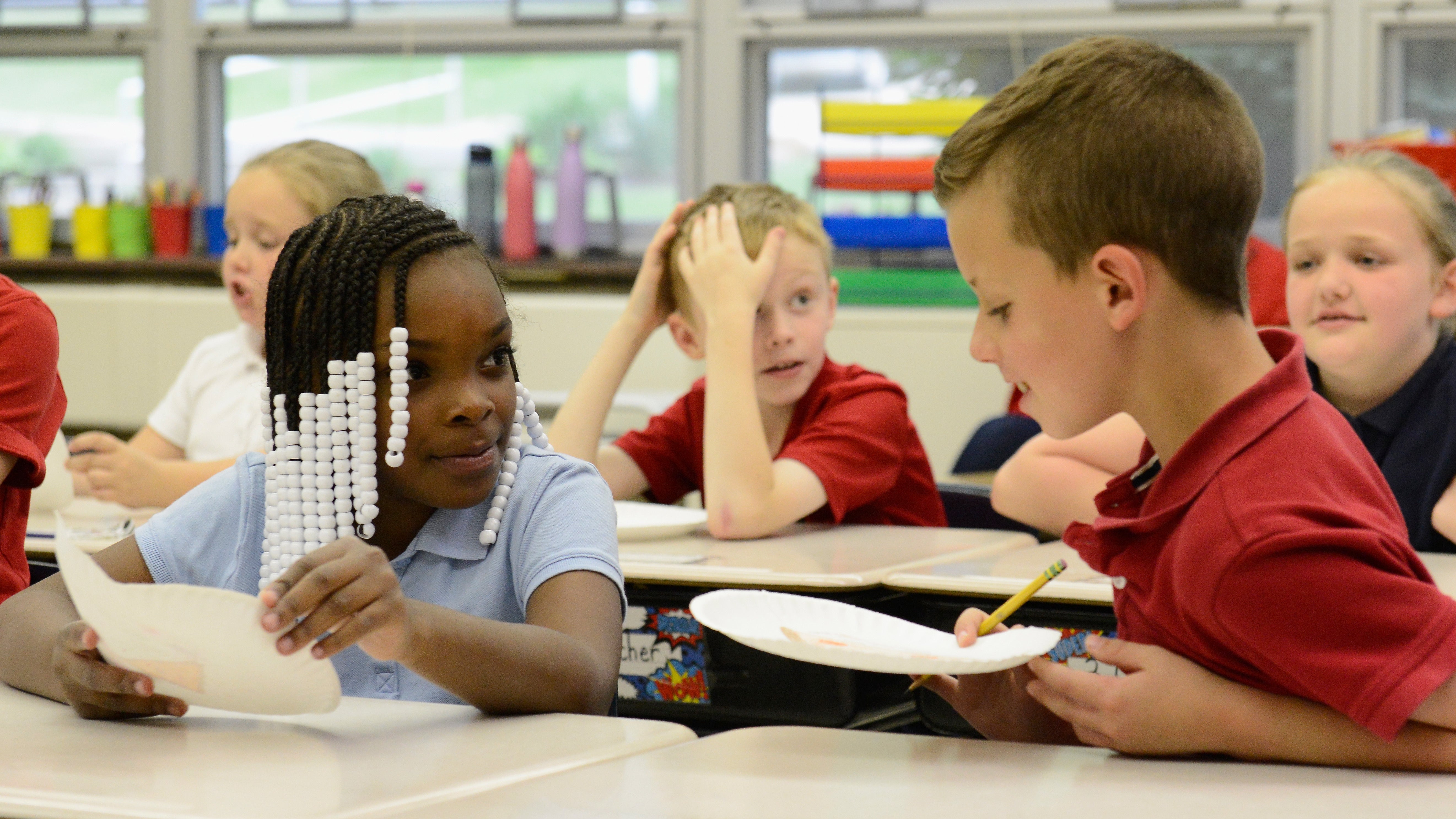 School's almost out for summer, but that doesn't mean your kids should stop learning. Researchers have found that kids can lose one to two months of reading and maths skills over the summer.

For my seven-year-old, who is less fair (and also starting to be self-conscious about how he looks), we manage with a long-sleeve swim shirt, board shorts, and a regular wide-brimmed hat.

Also: I’ve found it’s easier to apply the first coat of sunscreen at home, when they’re naked and you aren’t smearing what is, who are we kidding, expensive zinc oxide all over the neckline of their suits. Plus you can wash your hands after and get that crap out from under your nails.

Our regular holiday is to a lake in the mountains, in which one has to walk from the parking lot to the water via a 400m woodsy path. On paper, this doesn’t sound so far. But at the end of the day with tired, hungry kids, it’s like some kind of modern dance piece called The Death March of the Low Blood Sugar. I used to bring big beach towels, one for each of us, but the boys would let theirs drag behind them, picking up every tick in the state, and score the dance with a kind of keening whine that they’re coooooold. Meanwhile I struggled with my own towel, the cooler, a backpack, and a dawning sense of panic that I had nothing prepared at home for dinner. Fun! This year, I bought terry-cloth robes at an op shop so they can wear those from the beach to the car. If your kids baulk at looking like dorks (mind are used to it; they’re my kids), there are also poncho beach towels that do the same thing.

Also, prep dinner ahead of time. Cold cuts are great.

If your kids are dry by the time they get to the car, Megan Zander, a mum of two in Connecticut, suggests keeping a container of baby powder in the trunk to help brush off sand before hopping in. If they’re still damp, as mine usually are, keep a jug of water for rinsing off the worst of the wet sand before they irretrievably grit up their car seats.

The beach we go to has a bin of communal toys, praise be, but if you’re carrying them to and fro, a friend suggests using a mesh laundry bag to corral them. At home, just hang the bag of toys outside to dry. (And if you’re going to the beach every day, hang them on the rearview to dry and stick them back in the trunk in the morning. Note: Please don’t drive off with a mesh bag of toys on the rearview.)

How To Survive The Summer When Summer Makes You Miserable

According to all the Instagram pictures of toes stretched out on deck chairs, many people looove the summer. They bask in the bright sun, revel in the heat, and don't especially mind the sand-in-the-bathing-suit/sunscreen-in-your-eye sensations of January; the moment Australia Day weekend rolls into sight, it's constant watermelon, sailboats, and beach barbecues.

A friend of mine who lives near the beach keeps a spare bag of suits, towels and sunscreen in the cars at all times to make impromptu trips less arduous. Kim Bongiorno, a parenting blogger and mother of two in New Jersey, suggests keeping a rolling cart of stuff (if your approach to the beach involves a boardwalk or paved road) ready to go and stocked with your gear. I am getting one similar to this for beach trips via train, because it folds up and we can store it relatively easily in our small apartment over the winter.

Dragging a rolling cooler doesn’t work for me due to the aforementioned woodsy path, so this summer I’m using a backpack cooler, which leaves one hand free for a chair and one for a bag of gear (each kid carries a backpack too). I freeze water bottles the night before for ice, which means by the time lunch is over, the water is drunk, and I can cut weight for trip home. (If you’d prefer to roll your cooler and wear your chair, you can grab a backpack chair instead.)

In conclusion, I like the beach; the beach can be an ordeal. I am a mum of contrasts.