I don’t know that 2017 was that bad, was it? Haven’t we reached some sort of terrible plateau where each year just remains as horribly bad as the last? Or are we sinking ever further?

This isn’t about that. This is about all the good things I enjoyed in 2017.

If you aren’t a regular reader of the site, you may have missed Mark Serrels’ list of the content he enjoyed in 2017. The list is broken down into four parts – TV, Video Games, Music and Movies. It is a Good List!

I also liked some of the things he liked.

But I wasn’t as keen on his categories – the things I liked most this year weren’t all content related. Fortunately, Mark has always said that sometimes it is good to break the rules and so this is a great time to do that. 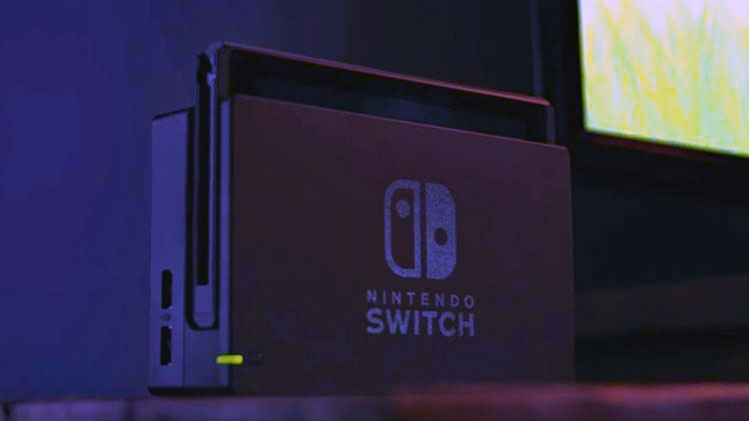 Two pieces of hardware changed my life this year. Legitimately. That’s not hyperbole.

They changed the way I spend each day.

The first is the Nintendo Switch which, pre-release, had strapped the hype train to a rocket and sent that locomotive to an entirely different galaxy. It almost seemed like, with all the buildup, with all the expectation and hope, it was destined to fail.

Surely it couldn’t live up to its lofty promises?

A home console you can plug in to the TV but also play as a handheld? Unbelievable.

You already know how the story ends. Nintendo pulled it off. They built a system that allows for AAA game experiences to be played at home or on the go. They filled its library with an first year selection of first-party titles, third-party blockbusters and indie games that rival the best console first years we’ve ever seen. 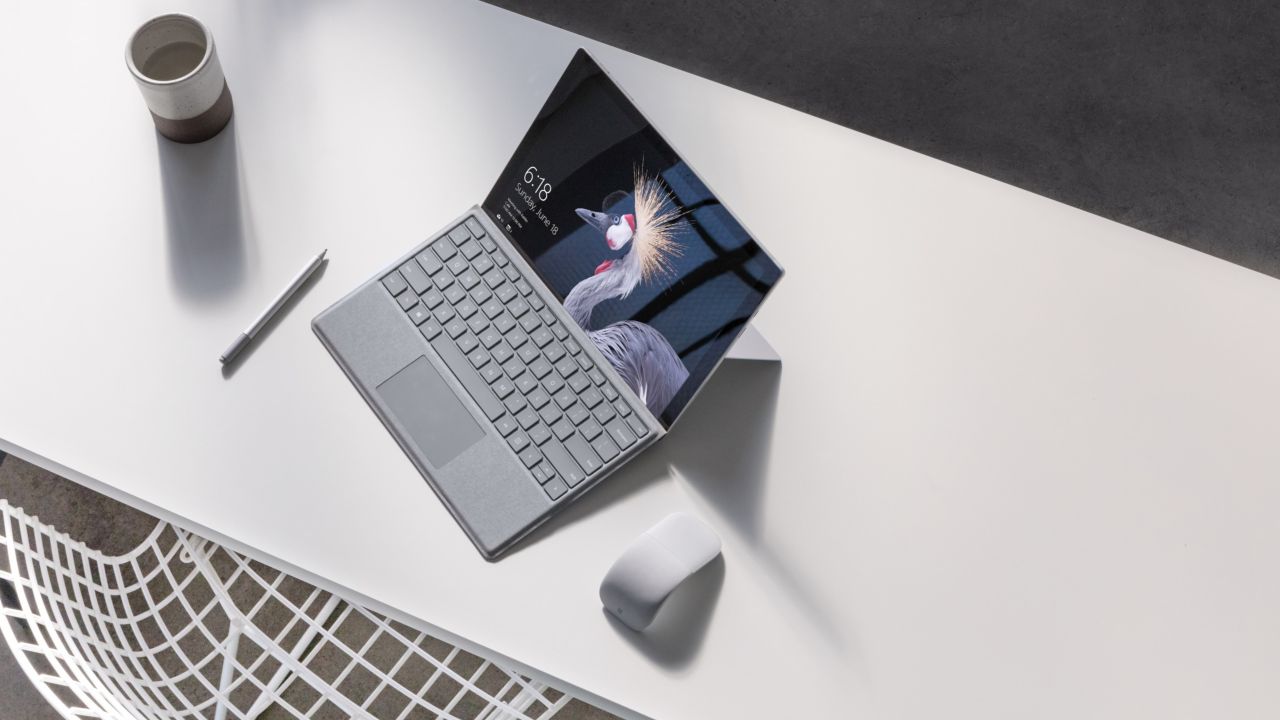 Device #2 in the hardware that changed my life category, Microsoft’s Surface Laptop. There are few laptops that are more beautifully designed than this and the great thing about it is, out of the box, it’s a machine for right here and right now.

Microsoft haven’t over-embellished or bloated or filled this Thing with all sorts of unnecessary software. In doing so they’ve made it the most user-friendly laptop I’ve ever used. It just does everything right – it has a great battery, great screen, great design, great specs, feels great to type on and comes in at a completely respectable price point. It’s so lightweight that it’s easy to lug around and the Alcantara on its lower half is durable and resistant to the harsh beating it takes every single day.

It wakes from sleep quickly, unlocks with my face due to Windows Hello and just performs constantly well, no matter what I throw at it. Yes, sure, it does come with Windows 10 S and lacks a USB Type C port, but you can install the full version of Windows 10 with ease, should you so desire (and you should so desire) and the latter is easily fixed if that’s something you need.

From A Certain Point Of View

As far as the Star Wars expanded universe has spread, it’s always nice when the Disney head honchos allow it to come back to its origins.

From A Certain Point Of View is a compilation of short stories that all revolve around Star Wars IV: A New Hope. Some of the most accomplished Star Wars names – Claudia Gray, Chuck Wendig, Greg Rucka – and some newcomers, provide a glimpse into characters that only appeared at the fringes of George Lucas’ first Star Wars film.

There’s a little extra backstory added to Boba Fett’s tale, a fantastic incident report of Cassio Tagge’s run-in with Vader that makes the moment we said goodbye to Obi-Wan Kenobi a little easier to handle.

Oh and then there’s Griffin McElroy’s tale of one ambitious Jawa which absolutely unblackened every artery in my heart. It’s too pure.

A great read front to back with only a couple of missteps.

Perhaps not necessarily a 2017 thing, but something I personally discovered this year is the ‘Dreamy Cookie’ which is produced by Woolworths bakeries around the country.

These things cost $2.50 for a pack of five and they could be the world’s best cookie.

Ignore the haters. You don’t need that negativity in your life.

And yes, this is straight disrespect to the ‘Coles Ultimate Choc Chip Cookie’. You’re a pretender.

Why are they so good though? Well, you’ll find that – straight out of the box – they aren’t anything spectacular. The key to unlocking the Dreamy Cookies true potential resides in the microwave. The microwave is the catalyst.

The proverbial ankle weights come off, allowing the Dreamy Cookies to assault your senses like a crazed anime hero in a do-or-die battle.

You heat one of these things up for just ten seconds and you will not regret it. The dark chocolate, milk chocolate and white chocolate all coalesce and begin to ooze over the edges of the cookie dough. You can pull the cookie apart and literally hear the goodness seep out. The warmth hugs the inside of your cheeks.

Buy these cookies, zap ‘em, relish the moment. Don’t @ me. 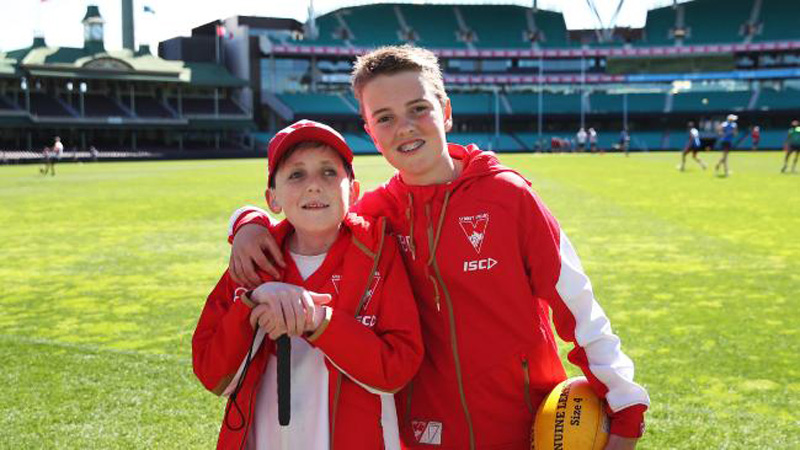 At the Sydney Swans v Carlton Blues match in Round 23, best mates Jarryd, 12, and Mark, 13 were watching the game together, not too far from the boundary fence.

For most supporters, this wouldn’t be the end of the world.

But for Mark, circumstances are a little different. Mark is blind.

So it was up to his best mate Jarryd to call the entire game for him – and according to on-lookers and spectators seated around the boys – he did an admirable job.

After the Sydney Swans saw a tweet detailing the story of the two boys, they reached out to Twitter and eventually tracked the two boys down. They brought them to the SCG, let them meet the players and have a kick on the ground.

A heartwarming story of two very special boys who we had the pleasure of welcoming to the Club today. pic.twitter.com/6AW5rXam47

This story restored my faith in humanity and then it ruined me completely with its raw, real tale of friendship.