Revealed: The Mouldy Foods You Can And Can't Eat 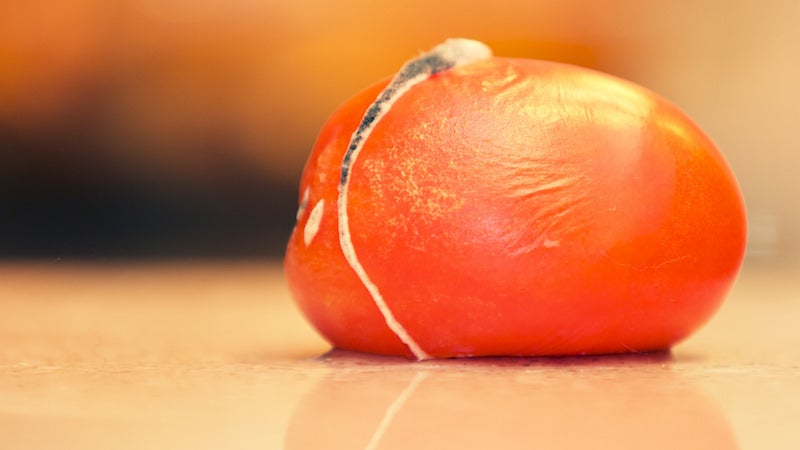 When you find a bit of mould on food, it might seem like it's OK to salvage some of it because the mould doesn't cover the whole thing. That seems like the logical step, right? It turns out that's not true for a lot of foods, like bread, because the mould can hide deep in the surface where you can't see it.

Mouldy bread seems easy to eat around. You can see it, cut it off, and move along with your day as if nothing happened. However, since mould is a type of fungi, it has a network of roots invisible to the naked eye. That means it gets way deeper into food than you can see. Even still, with bread in particular, if the mould is concentrated on one end of a long loaf, you can still eat the other end, but any slices nearby would likely still be affected. With other foods, it depends on a few factors.

Speaking with NPR, Marianne Gravely, a senior technical information specialist for the United States Department of Agriculture, lays it out like so:

Soft fruits, lunch meats and jams also must be tossed once moldy, she adds. But for those who mourn their castaway croissants, there's some good news: Tougher foods are salvageable even after fungus has invaded. Hard cheeses, salamis and vegetables like carrots, bell peppers and cabbage have tougher surfaces, making it more difficult for a mould's roots to move through.

So you can excise the mould at the surface before it ruins the food's interior. For such foods, Gravely recommends cutting the mould out with a clean knife, allowing an inch of buffer on each side of a fuzzy patch.

The fact is, most foods you should just toss. Cooked foods, yoghurt, soft fruits, breads, sliced bread or anything in a jar should get thrown away. Vegetables with harder skins can survive that mould, though personally I can't remember a single time in my life I've ever even seen mould on a carrot or a capsicum. If you're allergic to mould, it's best to skip the whole thing altogether, since it's possible to inhale those mould spores without knowing it.