Pop culture paraphernalia has exploded in recent years, with geek-friendly properties leading the charge. You can now get everything from Monopoly game boards to doggy chew toys festooned with your favourite games, movies and TV shows. Here are the coolest (and geekiest) gift ideas that caught our eye this holiday season, with links to buy!

The following list is divided into five categories: fashion, mugs, books, miscellaneous and gaming. Prices range from under $10 to over $400 with plenty of affordable goodies in-between.

Click on the prices listed below to go to the online store. (If you’re specifically buying for Christmastime, be sure to check the estimated shipping dates prior to placing your order!) 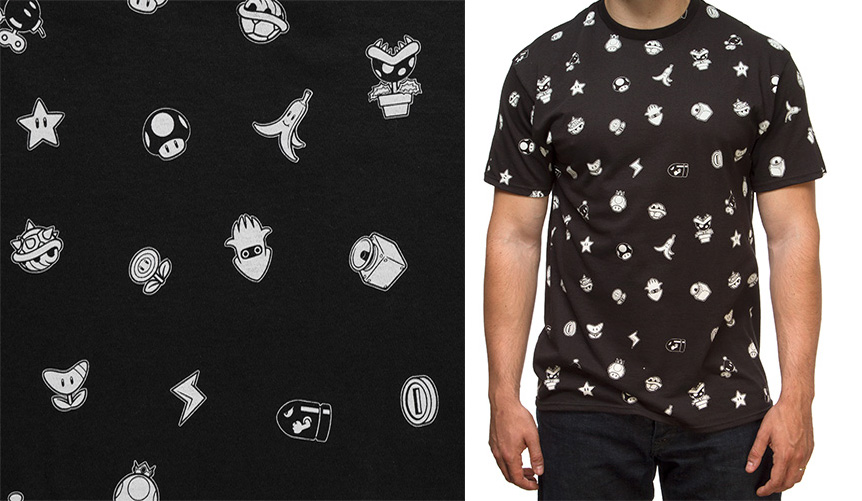 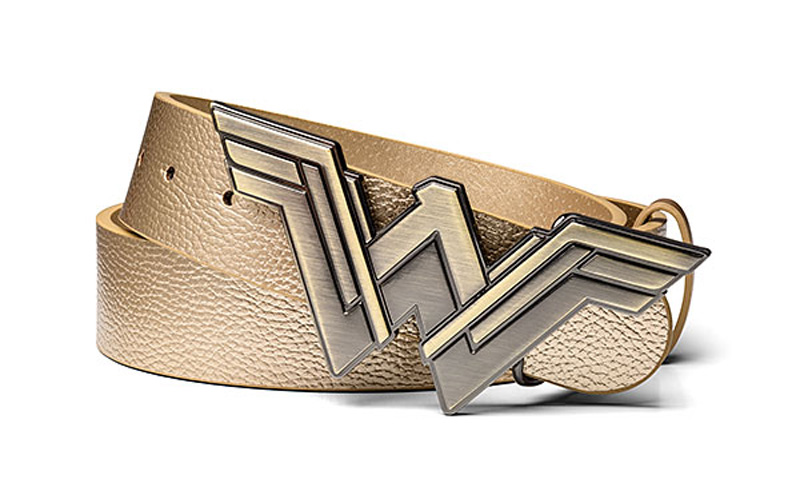 Whether you’re a Wonder Woman comic fan from way back, an aficionado of the 1970s Lynda Carter series, or are just learning about the character for the first time, you’ll want to add this belt to your wardrobe. The belt includes a very generously-sized cast metal buckle (5 1/2″ wide x 2 1/2″ tall) at the end of its 1 1/2″ wide polyurethane strap. 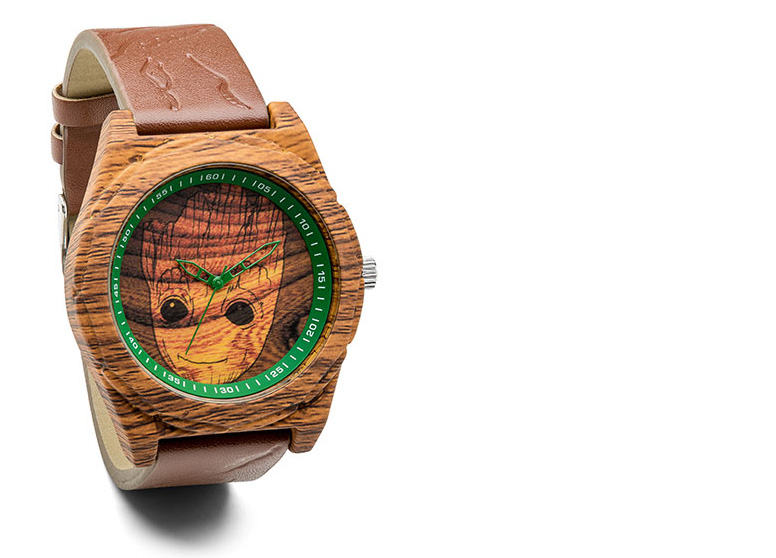 Channel the 8-Bit power of hand held technology when you start baking with the Nintendo Power Glove oven mitt. The oven mitt features an functional yet nostalgic design ideal for old school gamers looking to get cooking with POWER! It appears your Mom was right. There really is nothing between your ears. At least, when you’re wearing these earrings, it will look as though there is a rift between your left and right ears through which a tiny test subject can travel.

You could really mess with people wearing a shirt like this. Yes, yes, I know Zelda is the girl. It’s a joke 😉

The Nintendo Game Boy Men’s Wallet showcases a bifold wallet modeled after the iconic handheld device of yesteryear. It comes with five card slots, one ID slot, and a bill slot for the actual money. (Officially licensed.) 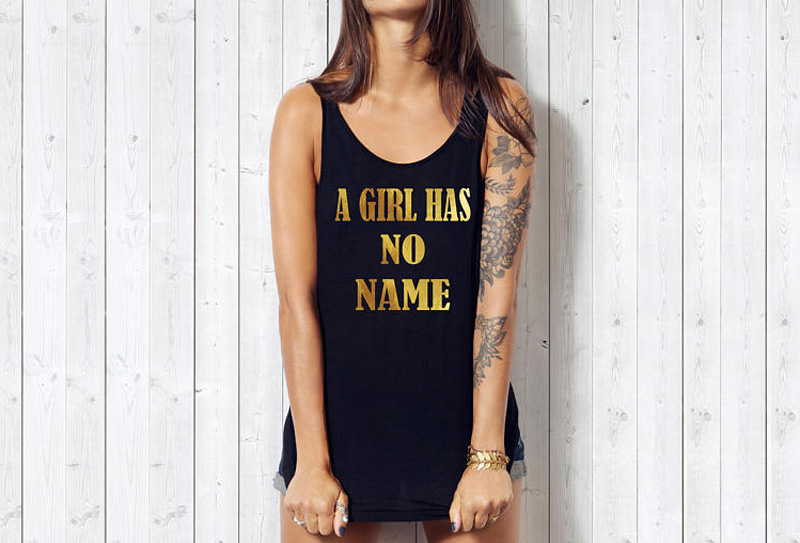 Arya Stark-inspired ladies loose tank top with gold text: A Girl Has No Name. This is a summer favourite as it has a relaxed fit and is longer in the length. The fabric is 100% combed and ring spun cotton so this tank is comfortable and soft next to the skin. If you are a fan of all this Mario, this “Cappy” is sure to be a perfect hat for you! (Officially-licensed, one size fits most, Materials: 100% polyester.) This fitted and stylish suit features Pac-Man racing around to collect pac dots all while avoiding sworn enemies, Blinky, Pinky, Inky, and Clyde. This party suit is a single-breasted, two-button jacket, a pair of non-pleated trousers, and a tie, all in the same fun pattern. 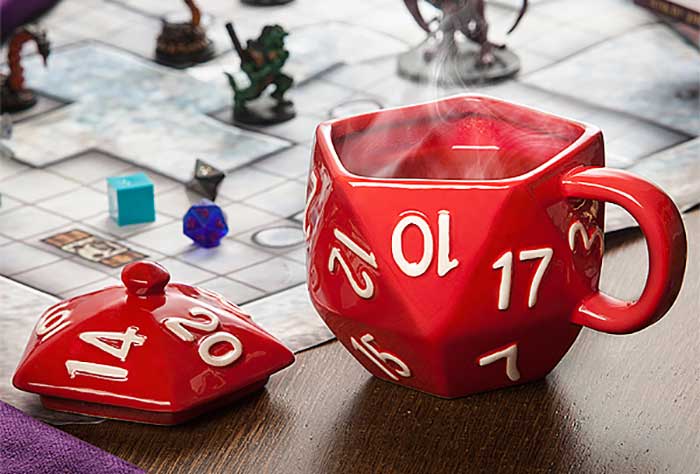 Better than a wine skin, this Critical Hit d20 Mug holds 350ml of your favorite brew. The lid allows you to steep your tea or just keep your beverage of choice warm longer. (Or keep the dice out of it.) The mug is dishwasher and microwave safe, because we’ve met you.

[clear] A fun drinking mug inspired by the iconic video games, simply add a hot drink to see a classic Super Mario level screen appear before your eyes. When cold, the drinking mug displays a plain Mario level background, but when a hot drink is added the background changes colour and extra details appear, such as coins, enemies, clouds, and of course, Mario himself. Packed in a matching cardboard display box. 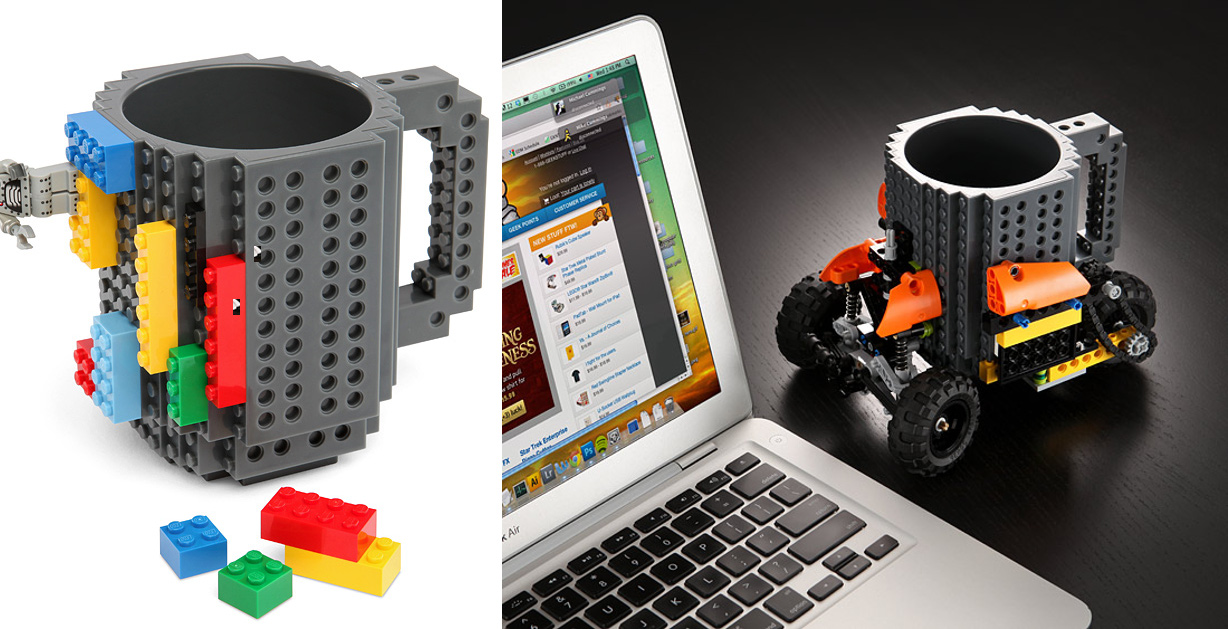 If you’re in a climate where 9 am meetings are the norm, you’re going to need more than caffeine to stay awake. Enter the Build-On Brick Mug. It’s a coffee mug and construction set all in one! Bring along a handful of your favorite building blocks – it’s compatible with LEGO, PixelBlocks and more – and tinker with a creation while your upper management drones on about things they think are important. 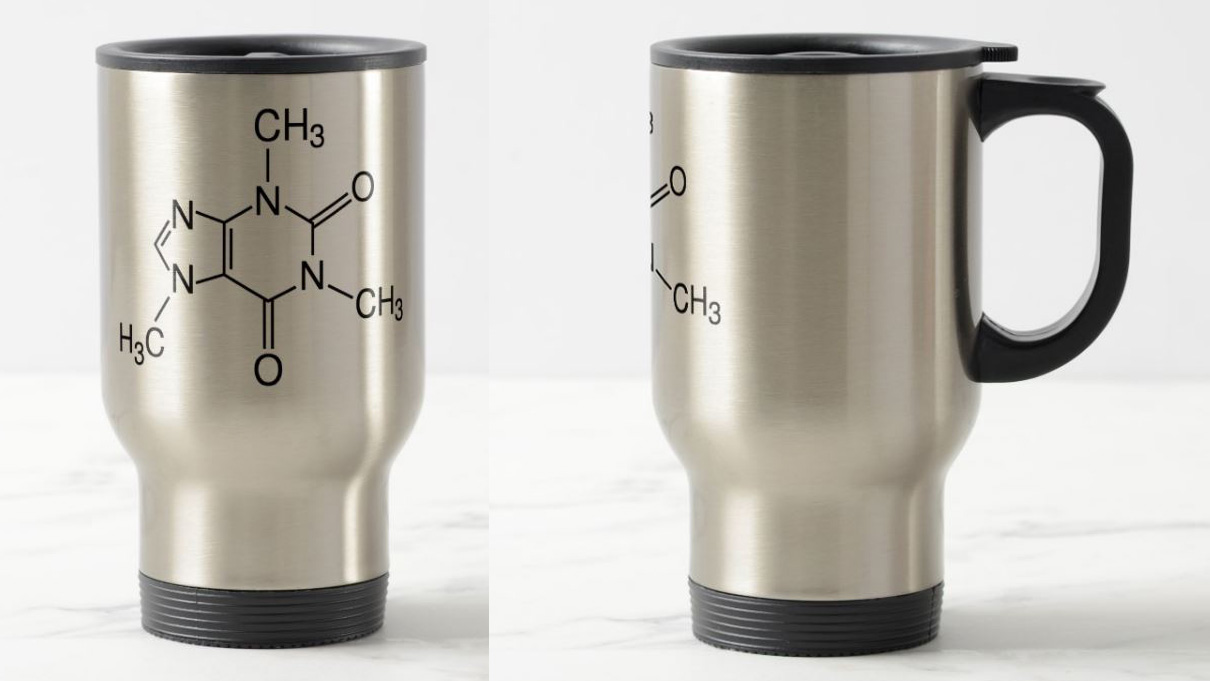 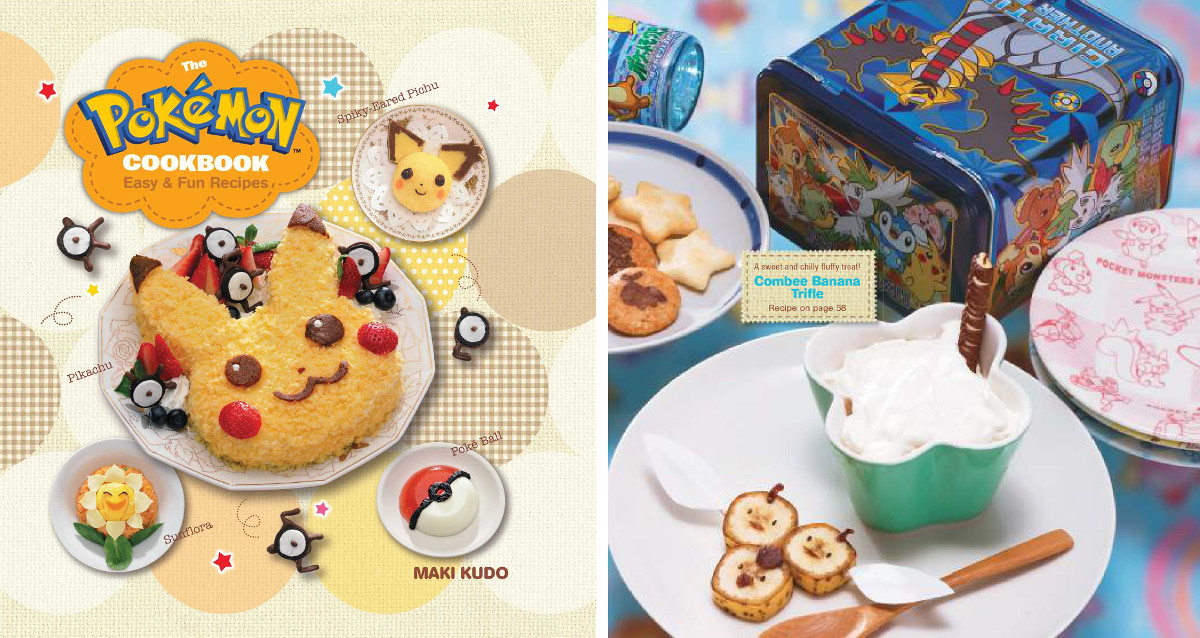 Die Hard diehards can relive their favourite scenes and quotes in the official Die Hard colouring and activity book. From John’s limo ride with Argyle, to crawling through the vents, John’s morbid message delivery to Hans (written on the corpse of one of Hans’ men), to the famous bloody footprints, and of course, John leaping off the Nakatomi tower. With so many memorable scenes to colour in – and activity pages scattered throughout – along with the most quoted lines from the movie, fans will be shouting “yippee-ki-yay!” 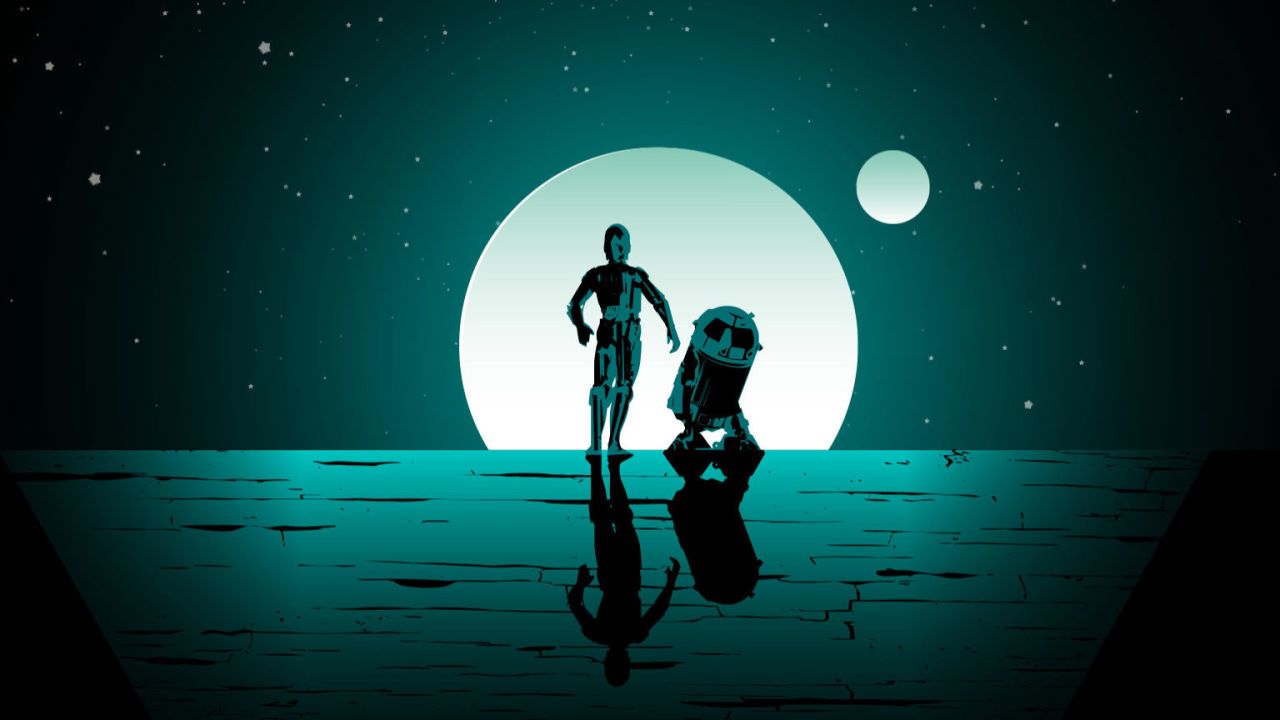 In honor of the 40th Anniversary of Star Wars- A New Hope, this unique anthology features Star Wars stories by bestselling authors, trendsetting artists, and treasured voices from Star Wars’ literary history. Over 40 authors have lent their unique vision to 40 scenes, each retelling a different moment from the original Star Wars film, but with a twist – every scene is told from the point of view of a seemingly minor character. Whether it’s the X-wing pilots who helped Luke destroy the Death Star or the stormtroopers who never did find the droids they were looking for, Star Wars: From A Certain Point of View places the classic movie in a whole new perspective celebrates the influence and legacy of the unparalleled cultural phenomenon, Star Wars. 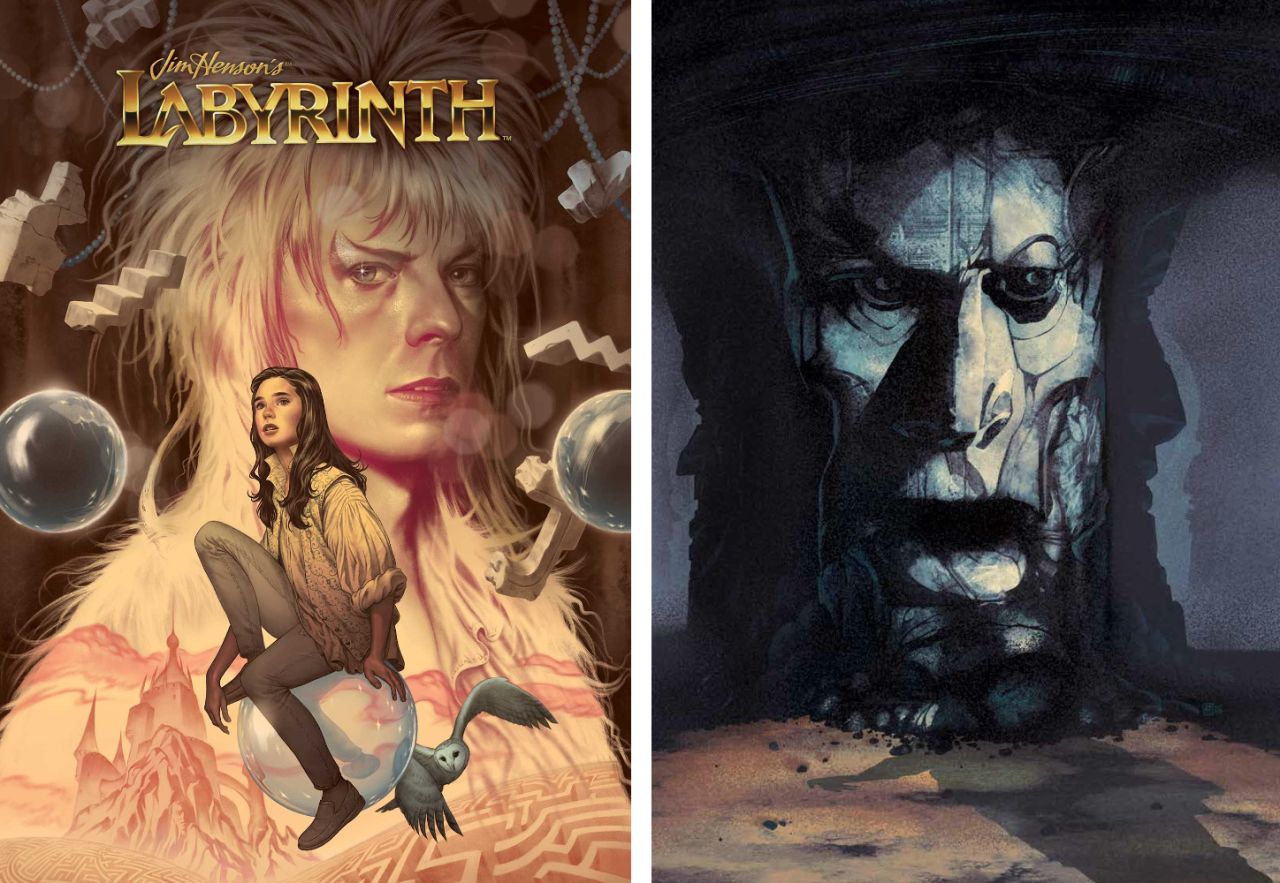 Collected within this volume is the accumulated knowledge, scholarly speculation, and inherited folk tales of maesters and septons, maegi and singers, including over 170 full-colour illustrations and maps, family trees for the Houses Stark, Lannister and Targaryen, and in-depth explanations of the history and culture of Westeros. This is the definitive companion volume to George R.R. Martin’s dazzlingly conceived universe; The World Of Ice And Fire is indeed proof that the pen is mightier than a storm of swords. From Ralph McQuarrie and Joe Johnston to Doug Chiang, Ryan Church, Iain McCaig, Erik Tiemens, and the next generation of animation and video-game artists, Star Wars Art: Concept collects, for the first time ever, the very best of Star Wars conceptual artwork.

As curated by George Lucas, the artwork that helped bring the Star Wars Saga to life is revealed in all its glory, featuring conceptual and pre-production drawings and paintings from the Original Trilogy, the Prequel Trilogy, TV shows (Droids, Ewoks, Star Wars: The Clone Wars, Detours) and the most recent video games. 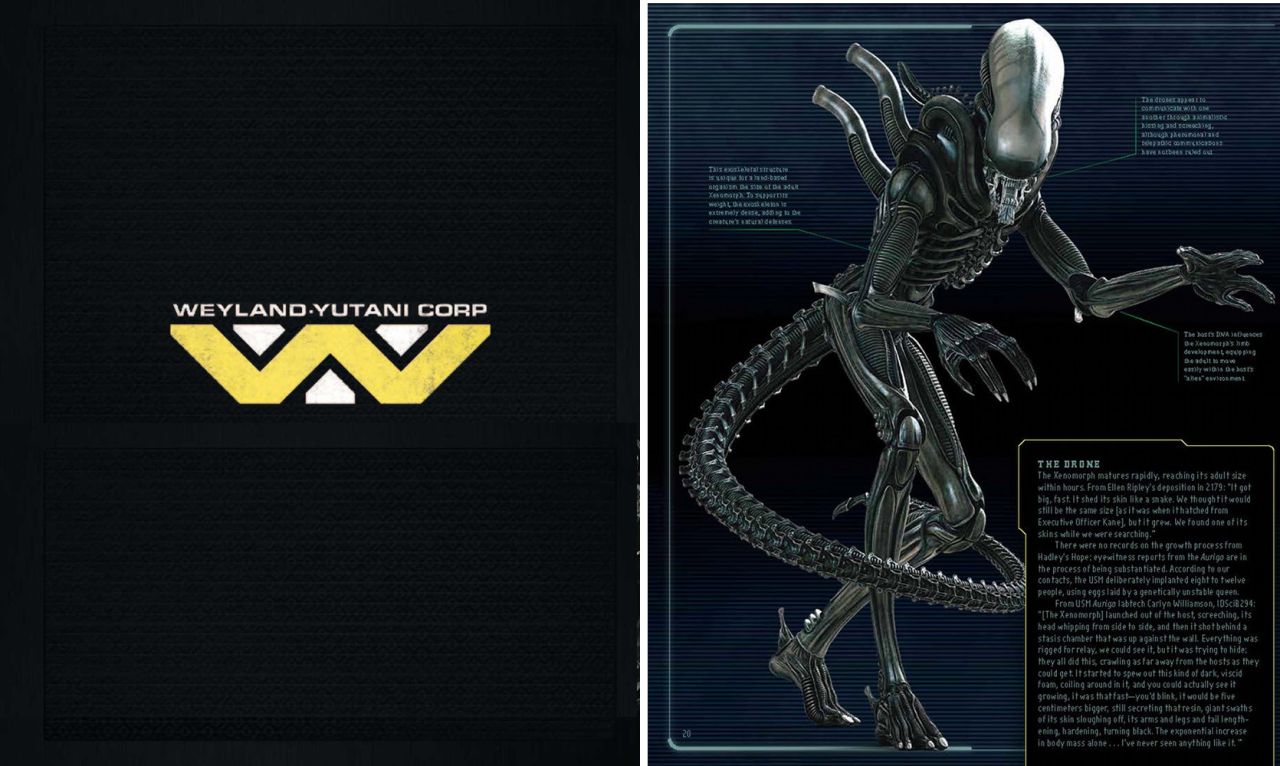 This exclusive in-world book utilizes specially commissioned illustrations and thirty-five years of Alien movie concept art and film stills to create a deeply engrossing reading experience that explores the nature of the Xenomorph in unparalleled detail. Alien: The Weyland-Yutani Report contains extensive information on the characters, locations, vehicles, and weapons from the movies, along with an in-depth breakdown of the Xenomorph’s life cycle, to give readers the most comprehensive look at one of movie history’s greatest monsters. 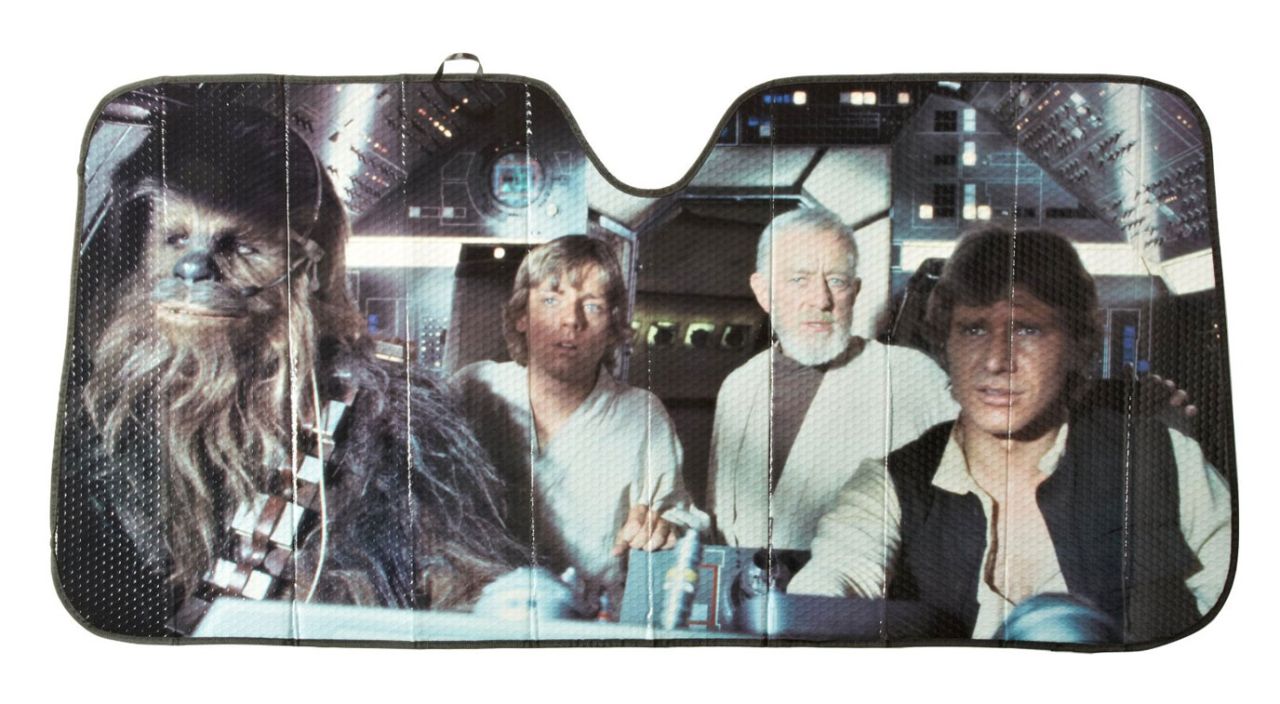 This officially licensed Star Wars Accordion Style Windshield Sunshade by Plasticolor protects your vehicle interior from harmful UV rays while keeping cooler and showing off your style sense at the same time. This set of white hand towels features the words “I Love You.” / “I Know.” along with large silhouettes of Leia and Han, respectively, embroidered in a silvery grey. The opposite side has a line of 1/2″ Rebel Alliance insignia from side to side and a Star Wars logo in the corner; display this side if you want your fandom more subtle. These soft, 60% cotton / 40% bamboo hand towels are finished off with grey edge binding for a polished look. 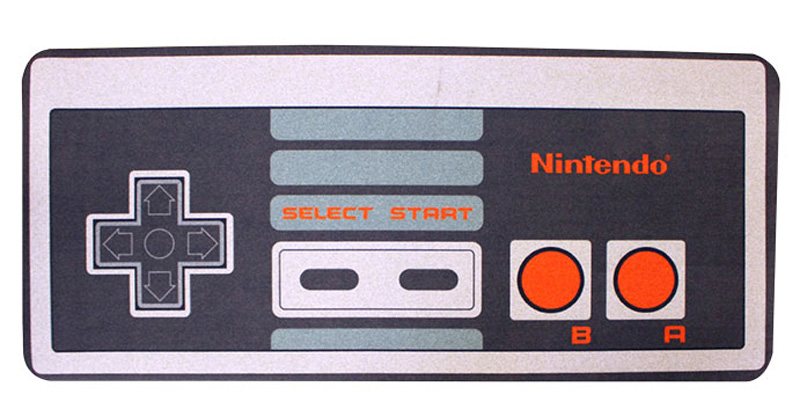 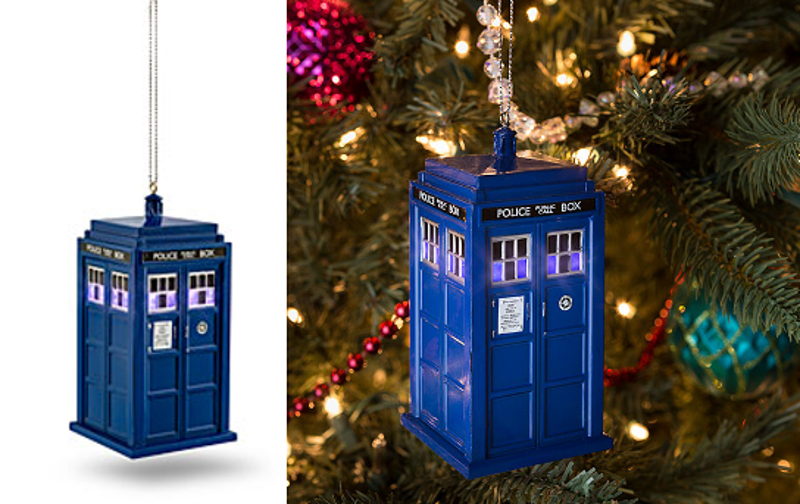 When you’ve run out of charcoal and wood or just can’t seem to make enough to stop hostile mobs from spawning, get yourself the Minecraft Wall Torch. Place one every 12 blo-feet in your home along the walls and it’ll stop any hostiles from popping up. (Battery Requirement: 3 AAA batteries.) 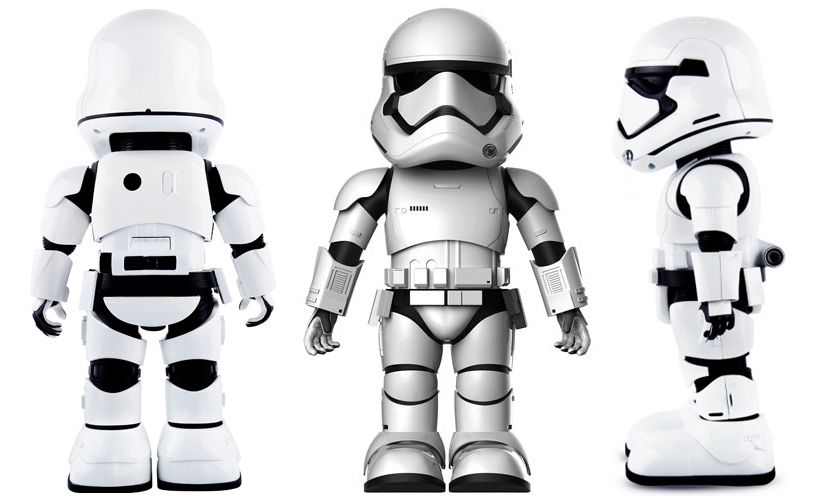 Welcome to the First Order. Take direct command of your own First Order Stormtrooper with UBTECH’s app-enabled Stormtrooper robot. With a cutting-edge AR experience, voice command capability, facial recognition to ward off intruders, and patrolling capabilities to keep your area safe, the Resistance does not stand a chance.

Battle in the ultimate strategy game with some of the Wasteland’s most notorious inhabitants. This must-have collectible set is designed exclusively in retro Fallout fashion. Featuring a Pip Boy styled game board and “holographic” pieces, play as your most beloved (and unruly) characters.

In this Monopoly game inspired by the Netflix Original Series, Stranger Things, Will Byers has gone missing. Players choose an 80s-inspired token or one “ripped from the Upside Down” to move around the board trying to find him. Pretend to search the town of Hawkins and buy, sell, and trade locations and vehicles from the show. The game includes Walkie-Talkie and Blinking Lights cards, replacing Community Chest and Chance cards, while Forts and Hideouts replace houses and hotels. Who will win the game and avoid getting trapped in the “Upside Down?”

Operate on Vault Boy as you remove his Dogmeat Breath, Bottle “Knee Cap”, “Adam” Bomb and more. Be careful not to touch his insides, or you’ll set off the Rads meter and lose your license! 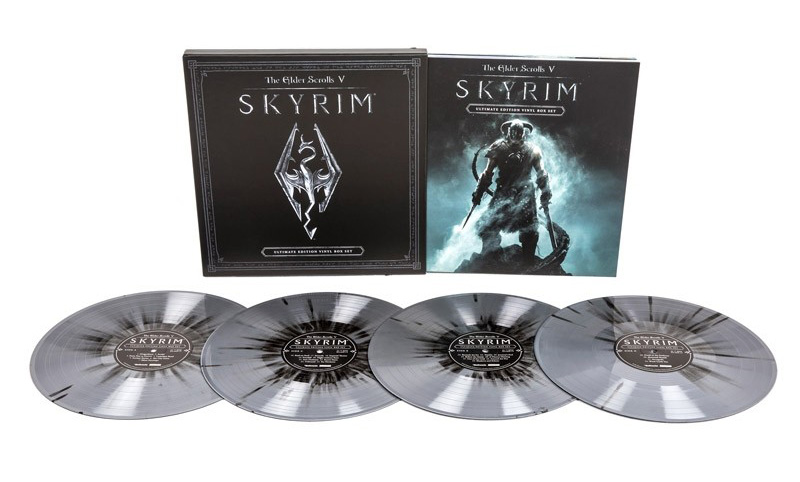 Spanning the years 1975 to present, Star Wars Art: Concept is a fascinating look at the highly specialised art of conceptual design, the process of taking verbal thought forms and turning them into visual masterpieces. From pen and paint and paper to the digital realm, the consistent result is the creation of breathtaking iconic worlds, vistas, vehicles and characters that have been seen before–and which successive generations of the public have embraced and made their own. For the first time, players who pick up the system can enjoy the intergalactic adventure Star Fox 2, the sequel to the original Star Fox (originally titled Starwing upon release in Australia and New Zealand) that was created during the Super Nintendo era but never released … anywhere! 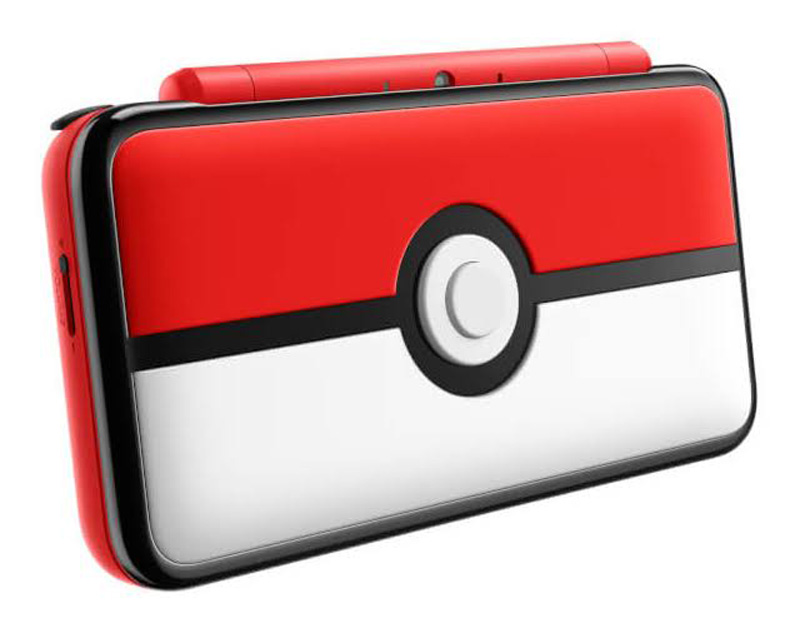