Smoked Lamb Is Easier Than It Sounds 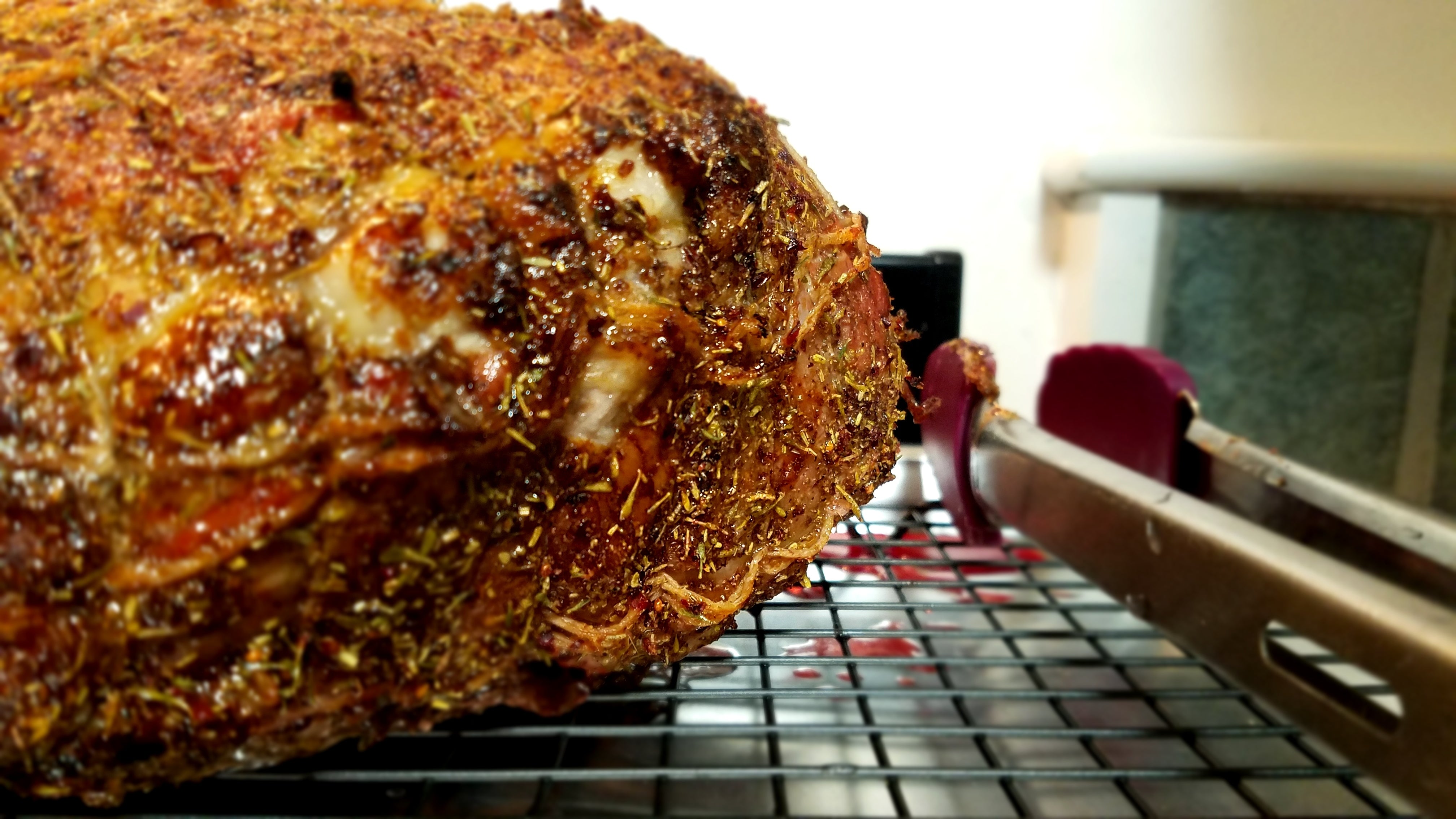 There are plenty of traditional holiday meals to think about as we near the end of the month. Rib roasts, even more turkey, a sporadic ham or wellington. But I'm a bigger fan of lamb - and not just frenched racks, but whole legs. And with the weather warming up, I think it's high time we talk about smoking.

Smoking is a great way to cook large and expensive cuts, and a leg of lamb is no exception. The meat is slowly cooked by indirect, radiant heat and flavored from the smoke, in addition to a delicious mix of seasonings rubbed on there. Whether you go for boneless or bone in, this rich red cut deserves to be the star of the show. And oh, shall it be. But we need to discuss our tools before we get there, because I'm using a gas grill for this.

Multiple parties informed me that I wasn't allowed to buy a new charcoal grill for this week's post. Instead, I'll be using my three burner LPG/propane grill. 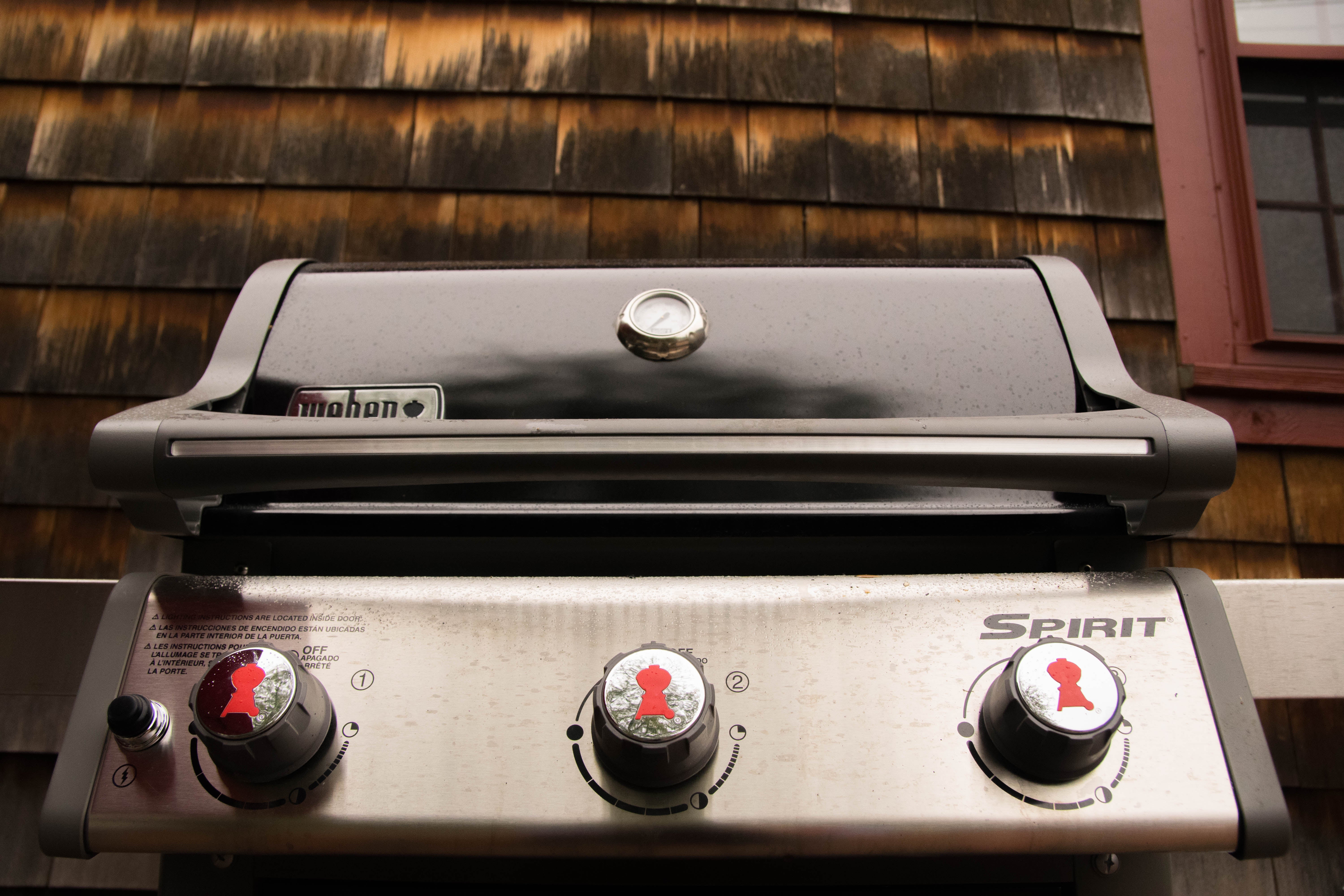 I won't argue for or against purity of charcoal or pellets, but look: you need to be able to adapt to what you've got. While charcoal has made a huge comeback in the last few years, the fact is that there are just more LPG grills out there, and they're all capable of being used as smokers. Heat management is much easier with an adjustable flow and multiple burners, there's no need to adjust vents to compensate for intake and exhaust, and the lost heat from lid opening is easily replaced with a turn of a knob.

Smoking On A Gas Grill: The 8th Deadly Sin

So aside from wood chips, you don't need much to get a gas grill into smoker mode. Smoke boxes are available anywhere you'd find a grill, and although you can use an aluminium foil packet, a well made smoke box will keep the chips from burning out as fast. My suggestion is to start with a box full of chips, and replace them with a packet if necessary.

There's also the folks that will tell you to soak your chips. That's great advice for long smokes over a period of 5+ hours, but our leg of lamb isn't a 6kg brisket. It will be done in just a few hours — maybe 3 at the most - so I'll be using dry chips. They will start smoking sooner, and since I'm using a thicker gauge steel box, they should last the duration of the cooktime. 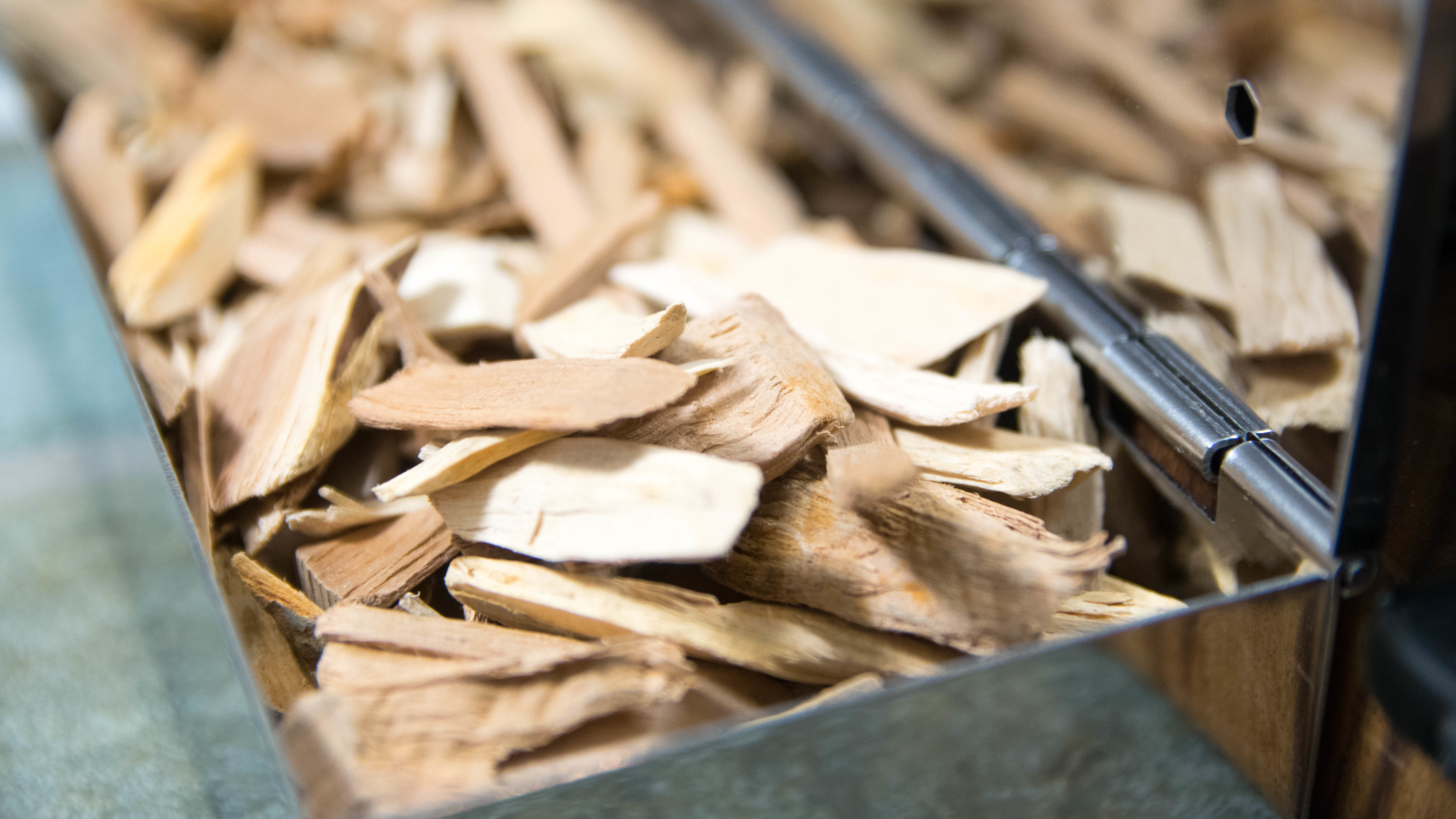 By now, you've probably seen smoked meats that are just covered in crisp, black outer layers. This is bark, a result of the smoke and seasonings combining with the meat into a delicious crust of happiness. Typically, rubs that are higher in sugar and salt will yield this result, but since I'm using a more complex cut, I want it to shine through like some kind of crazy diamond.

Since I'm skipping the bark and still have a wonderful, brag-worthy cut on the table, I'll be dry brining. Dry brining is just a fancy way to say "put salt on it and refrigerate it overnight." As our old friend Meathead says, aim for a ratio of ½ teaspoon of salt to each pound of meat. While the lamb rests overnight, make your rub.

A rub can be anything you want it to be. I can't stop you if you want to make one from bees and thistle, but there are some flavours that match meats better than others, along with something I recently discovered. For my rub, I'll be using 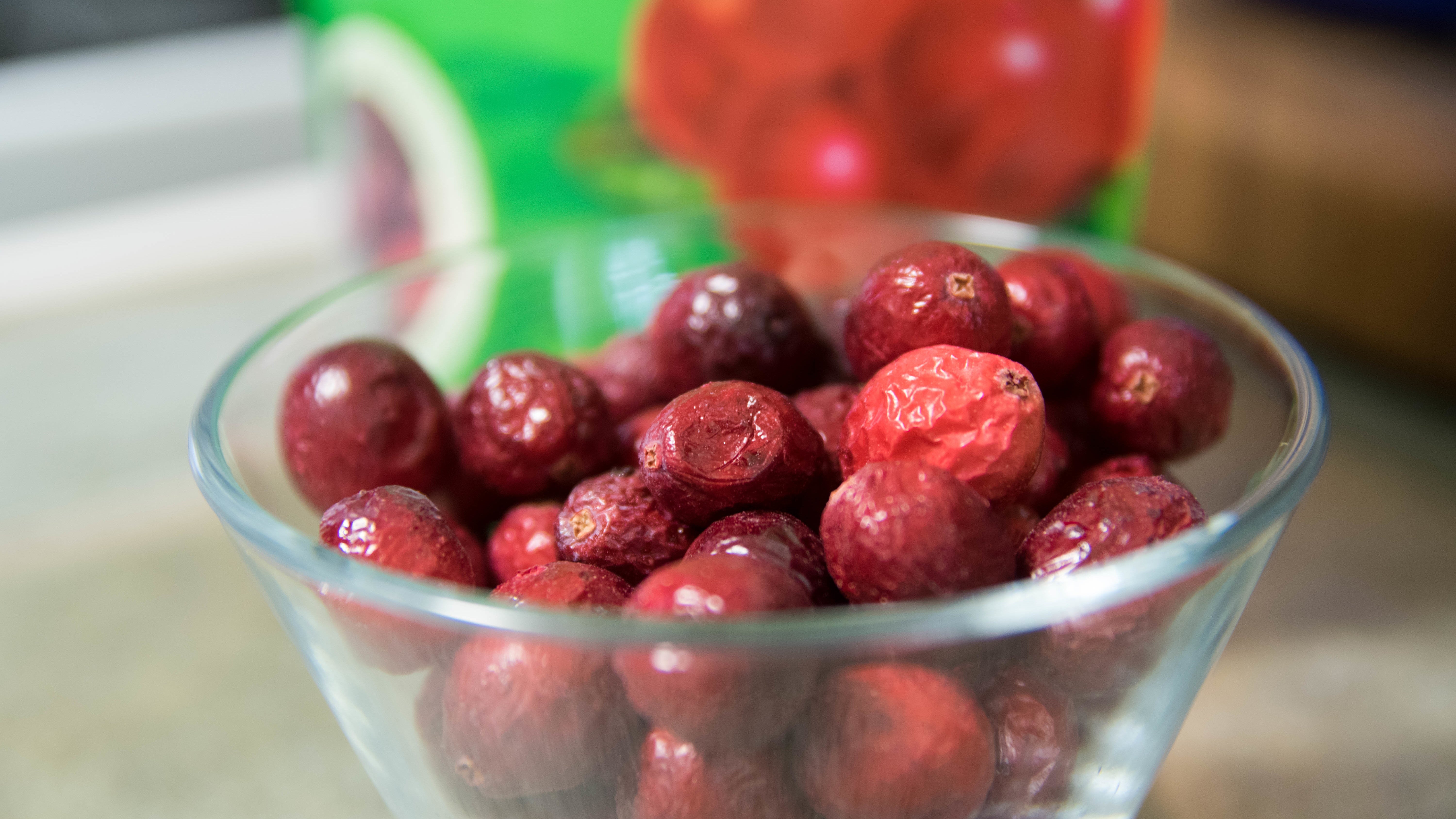 YEP. It turns out that freeze dried fruit makes for some amazing flavour when you grind it into powder, and the sweet and bitter cranberry builds an absolutely bonkers level of flavour against the richness of the lamb.

If you're using a butterflied leg, season it inside and out before tying into the best log shape you can. Try to be consistent with the proportions so that the lamb will cook evenly, and put it back in the fridge for now. 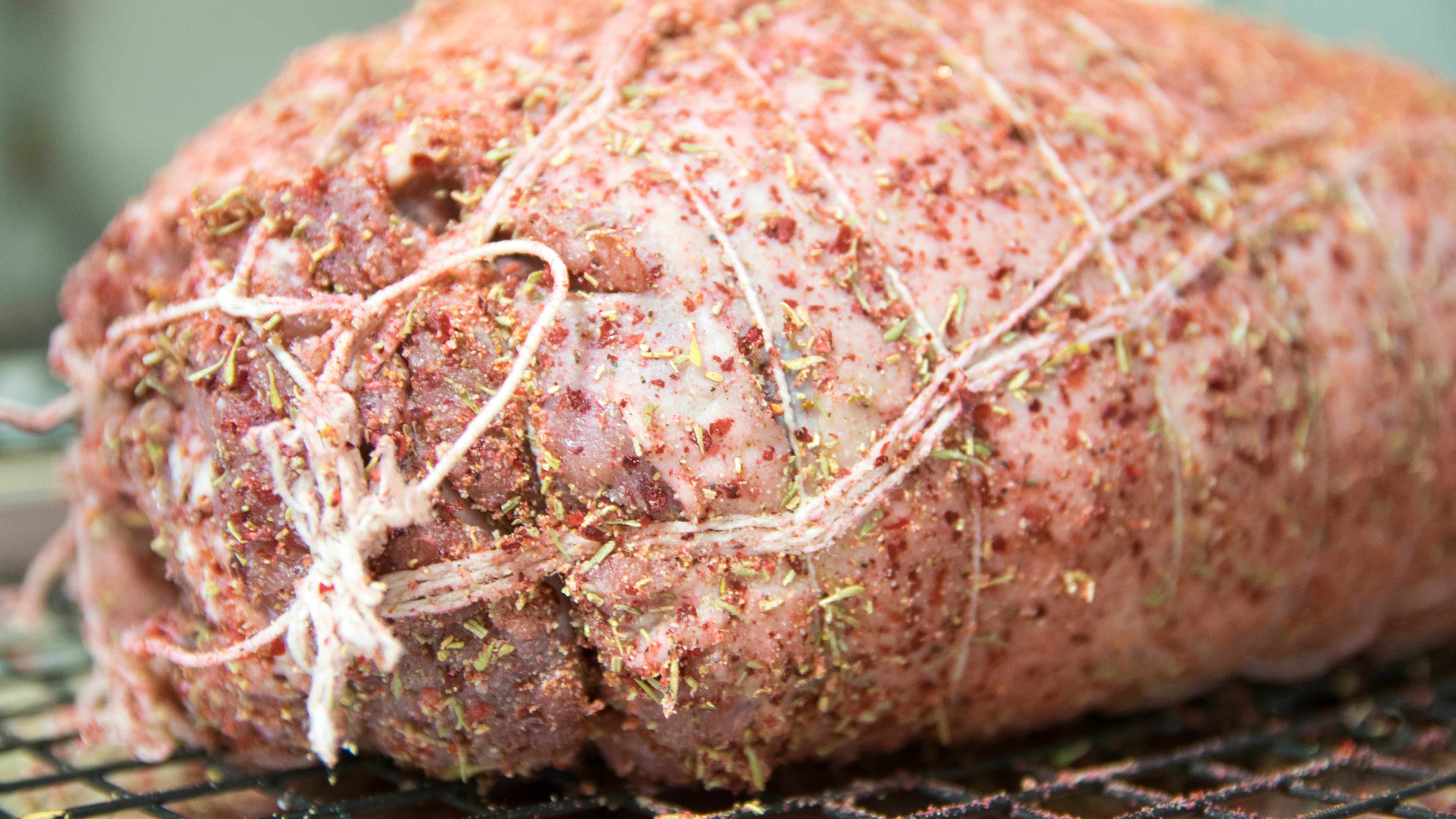 While the rub ingredients get friendly with the lamb, remove one grate from your grill. You'll be placing the wood chips as close to the burner as possible, and if you were to heat the grill now you'd just be wasting energy. So get it nice and hot in there, around 500-550°F. If you can, monitor the temperature with a probe thermometer and oven/grill grate clip. I love my grill, but I wouldn't trust the built-in thermometer for pinpoint accuracy as far as I could throw it.

Once the grill has come up, clean and oil the remaining grate. Place your wood chips - be they in foil or box - over the exposed burner. For a three burner grill, turn off the other two burners and drop the burner the chips are over to medium-medium low to maintain 150 degrees Celsius for now, and go find that lamb.

Within 10-15 minutes, you should see a decent amount of smoke coming from the grill. Before opening the grill and losing heat, insert a probe thermometer into the thickest part of the lamb. If possible, set a target temperature for 60 degrees.

Quickly set the lamb on the remaining grate, as far from the active burner as possible. Remember, you're cooking with the indirect heat, like you would with an oven, so a direct flame here is bad.

The only thing left to do here is wait, so pull up a chair and grab a book. Depending on the size of the cut you're using, you're in for at least three hours.

Unless the smoke stops, there's no need for you to open the grill. You don't need to flip the lamb, turn it, touch it, anything. That's it. Let the heat do it's thing, and soon you'll be reaping the rewards of your "hard work". 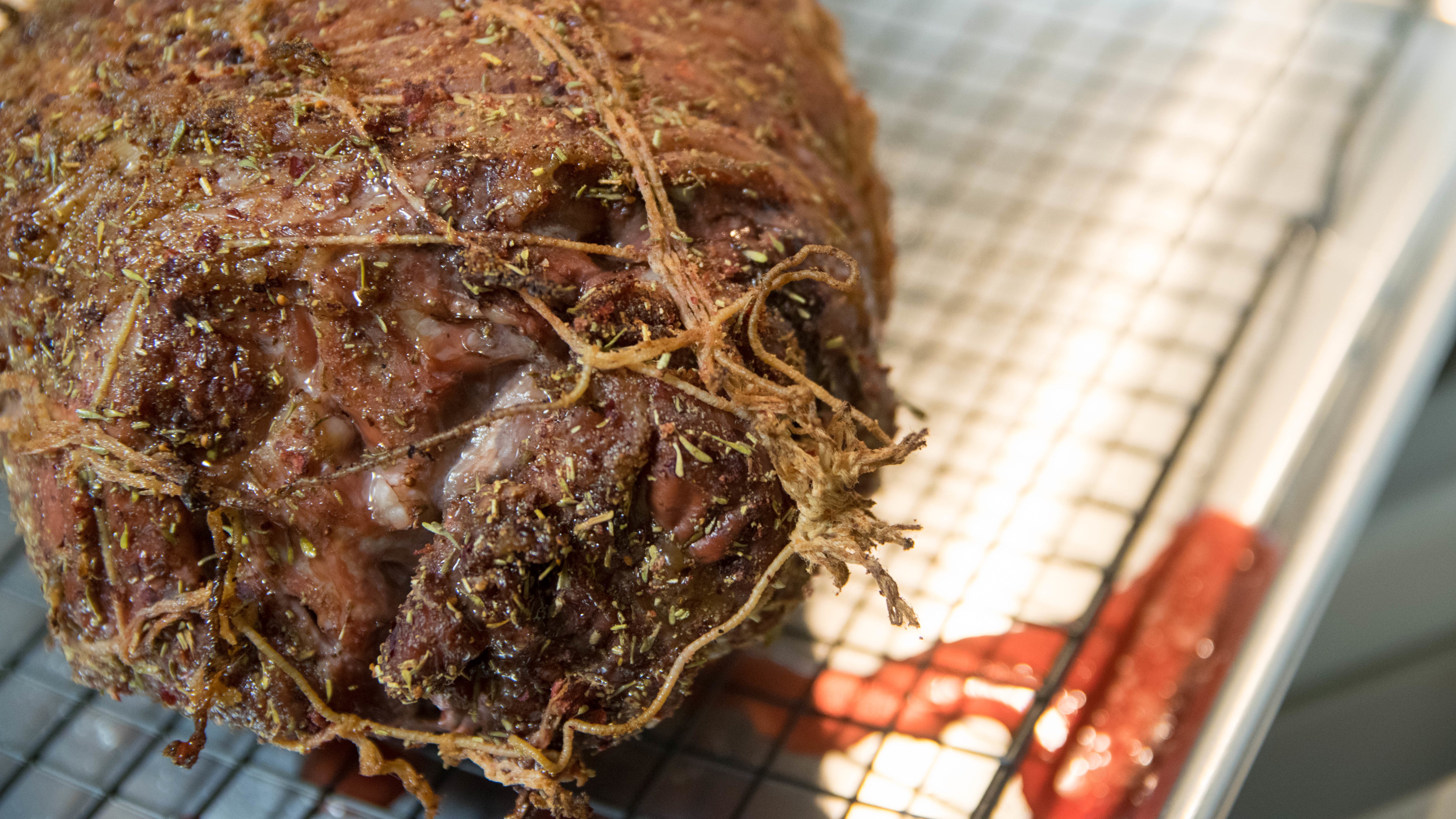 Once your target temp has been reached, remove the lamb from the grill and let it left for 15 minutes, uncovered; the internal temperature will rise almost another ten degrees. Just walk away.

Then walk back with a thirteen inch slicing knife, and have at it. 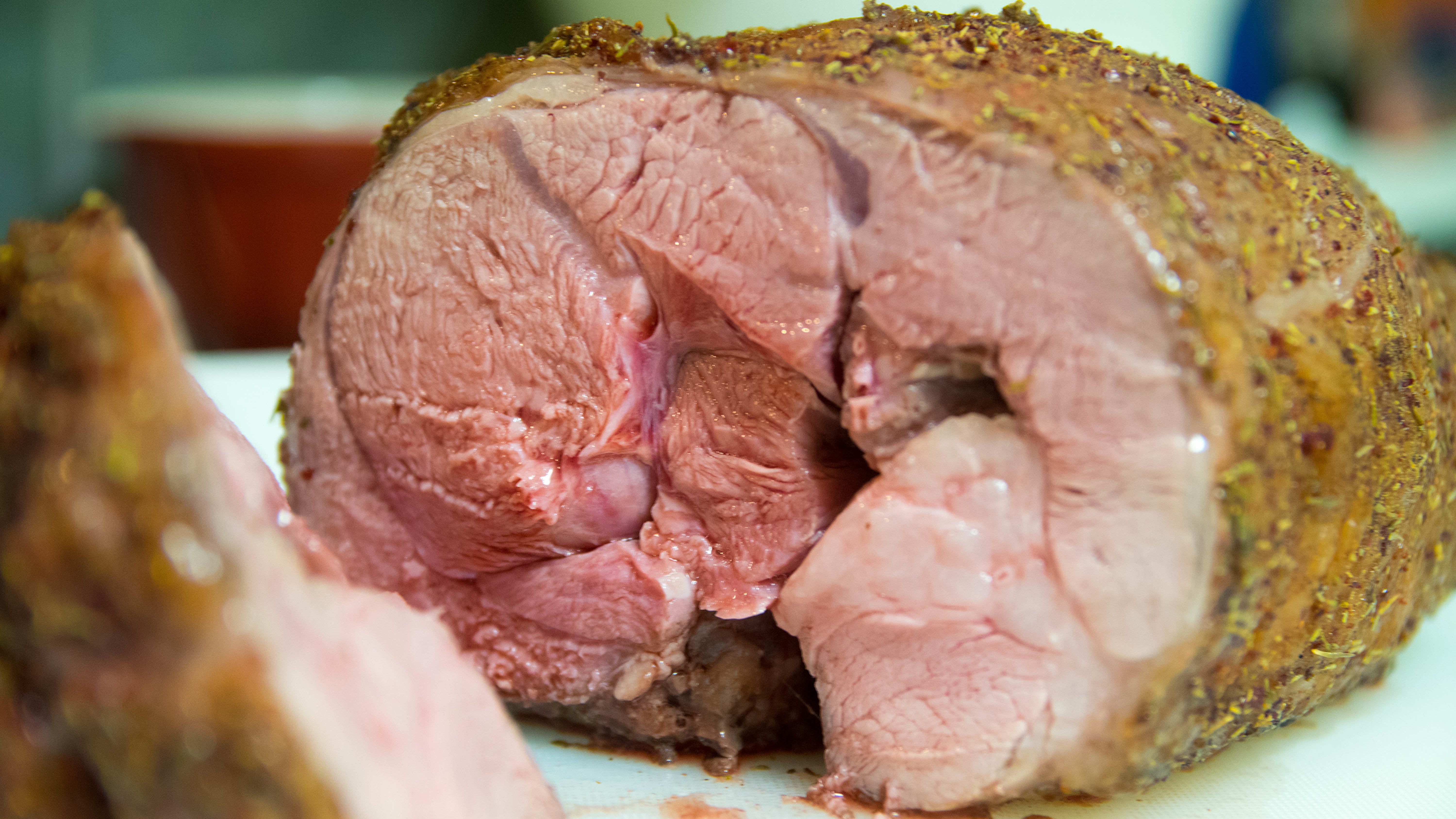 Peaked at 150°, and was just melting on my tongue.

You don't have to break the bank on lamb though — hell, any cut of anything can be smoked just as easily. I'm thinking about doing an elderberry rubbed venison rack for New Year's, as long as this warm weather holds out.