How To Store Your Bitcoin As Securely As Possible

It seems like every few months we hear what’s basically the same story about someone who bought a bunch of bitcoin but lost access to it once the cryptocurrency became really valuable. The latest, from Engadget, tells the tale of a reporter who managed to salvage $US200,000 ($263,713) in bitcoin after travelling to Hong Kong and getting extremely lucky.

So if you’re just getting into bitcoin, you’re probably worried about making sure it’s safe and secure, and if you’ve been holding onto some bitcoin for years you may want to upgrade your storage setup. Here are the best ways to keep your bitcoin secure – or at least as secure as possible.

How do Bitcoin Wallets Work?

The key thing to understand is that no matter what you do, you won’t actually be storing the bitcoin itself. That’s because a bitcoin isn’t an object, it’s an encrypted address on the blockchain. What you own is a unique key that unlocks a specific bitcoin location, and that’s what you need to be protecting at all times by storing it in a wallet.

With that covered, there are a few different ways to store your bitcoin depending on how secure you want to be and how much you plan to use it on a regular basis.

Why You Should Use a Hardware Wallet 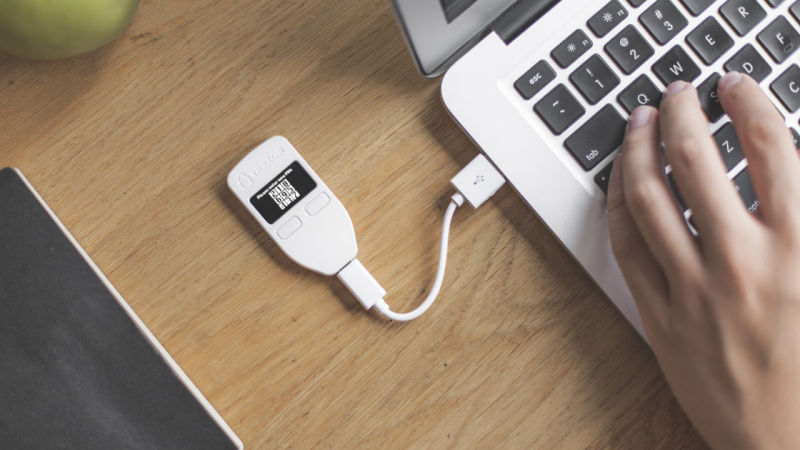 The easier way to store your bitcoin and other cryptocurrency is in a digital wallet online, or locally on your smartphone or computer. But leaving your bitcoin in public view can open you up to attacks from hackers and phishing scams. That’s why the best option is a hardware wallet that stores your bitcoin offline.

Most hardware wallets look like USB drives and can be easily connected to a computer. They use a PIN number for security, along with a secondary password called a “seed” in case you forget the PIN. If you forget both passwords you’re pretty much screwed, so it might be worth writing the seed down somewhere safe offline.

The other biggest drawback to a hardware wallet is that if you lose it you can’t recover the bitcoin. So make sure to create at least one backup on another encrypted storage device.

As for the specific model, there are plenty of solid options for around $100. Wired recommends Trezor or the Ledger Nano S, and you can find a more detailed comparison of the current top models here. 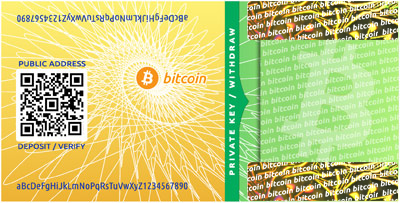 Another issue with hardware wallets is that they can make the process of actually spending your bitcoin a lot more difficult. The best solution is to keep a small amount of bitcoin in a digital wallet like Mycelium Wallet, that’s designed to work well with offline storage devices.

Finally, if you want to keep your bitcoin offline but don’t want to deal with a hardware wallet, you might want to consider a paper wallet instead. This is really just a piece of paper with your public and private keys printed on it, which can be used to access your bitcoin.

If you don’t plan on touching your bitcoin for a while then a paper wallet is a good option. Just make sure you put your paper wallet somewhere very safe – and then don’t forget where it is.