The Five Best And Worst Genre Movies Of 2017

As 2017 comes to an end, we start to look back at the year that was. In film, at least, the year was excellent. So excellent, in fact, that figuring out the top 10 scifi, superhero, and fantasy films was incredibly difficult. However, while there are at least 25-30 movies from 2017 deserve at least some recognition, ultimately, the cream rises to the top.

Here are the five best, followed by five worst, genre films of 2017. 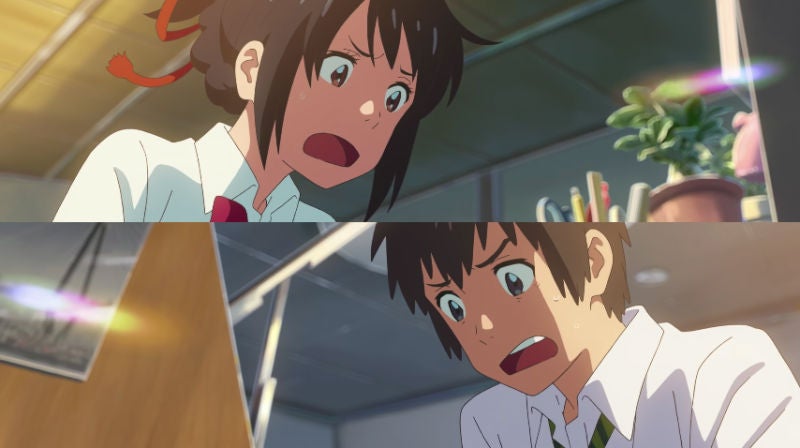 Your Name is the best film of 2017 for so many reasons. This mega-popular Japanese anime is the story of two high school students who randomly start swapping bodies in their sleep. As each goes in and out of their own life, as well as the other’s life, a mystery unfolds that is epic, beautiful, emotional, and tremendously exciting. It’s everything we go to the movies for and so much more than that. Frankly, we’re getting choked up just thinking about it. If you’ve neither seen it nor heard of it, you should change that immediately. 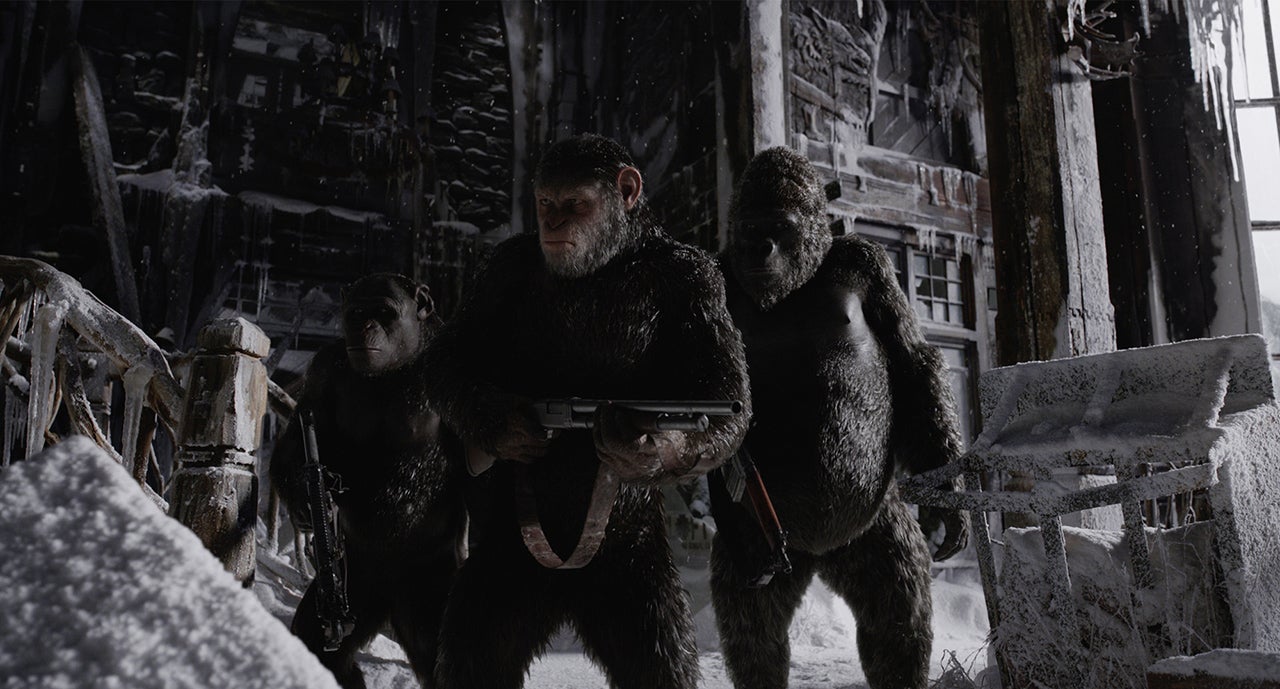 2) War for the Planet of the Apes

Big-budget blockbusters aren’t supposed to make us feel so much. They’re supposed to entertain and wow us, sending us back out into the world with pep in our step. War for the Planet of the Apes is not your typical blockbuster. It has all the effects, action, and DNA of one of those movies, but it’s deep. It’s painful. The performances, even behind all that CGI, are dramatic and soul-searching. And by the end, Apes just weighs on you with its impactful drama and stellar filmmaking. 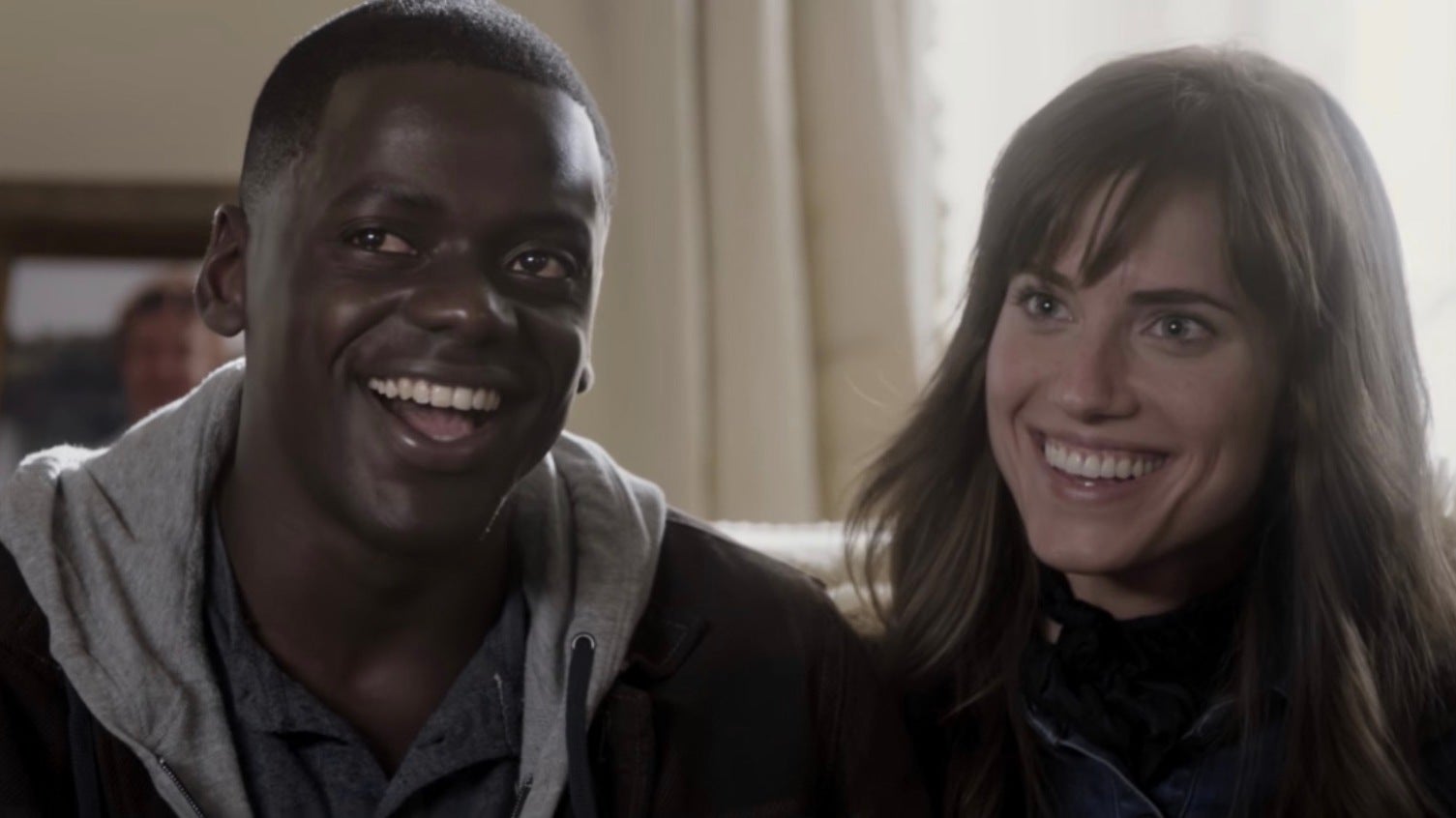 When news hit that one of the Key & Peele guys was directing a horror movie, it seemed like a joke straight out of the now-defunct sketch comedy series. But, except for some subversive dark humour, Jordan Peele’s directorial debut was a deadly serious exploration of interpersonal and institutional racism in America. After African American main character Chris (Daniel Kaluuya) realises his body and cultural talents are being appraised during a creepy auction at his white girlfriend’s parents’ house, he then has to live with the terrible knowledge that living in 2017 doesn’t necessarily mean that he’s all that removed from slavery’s legacy in the United States. 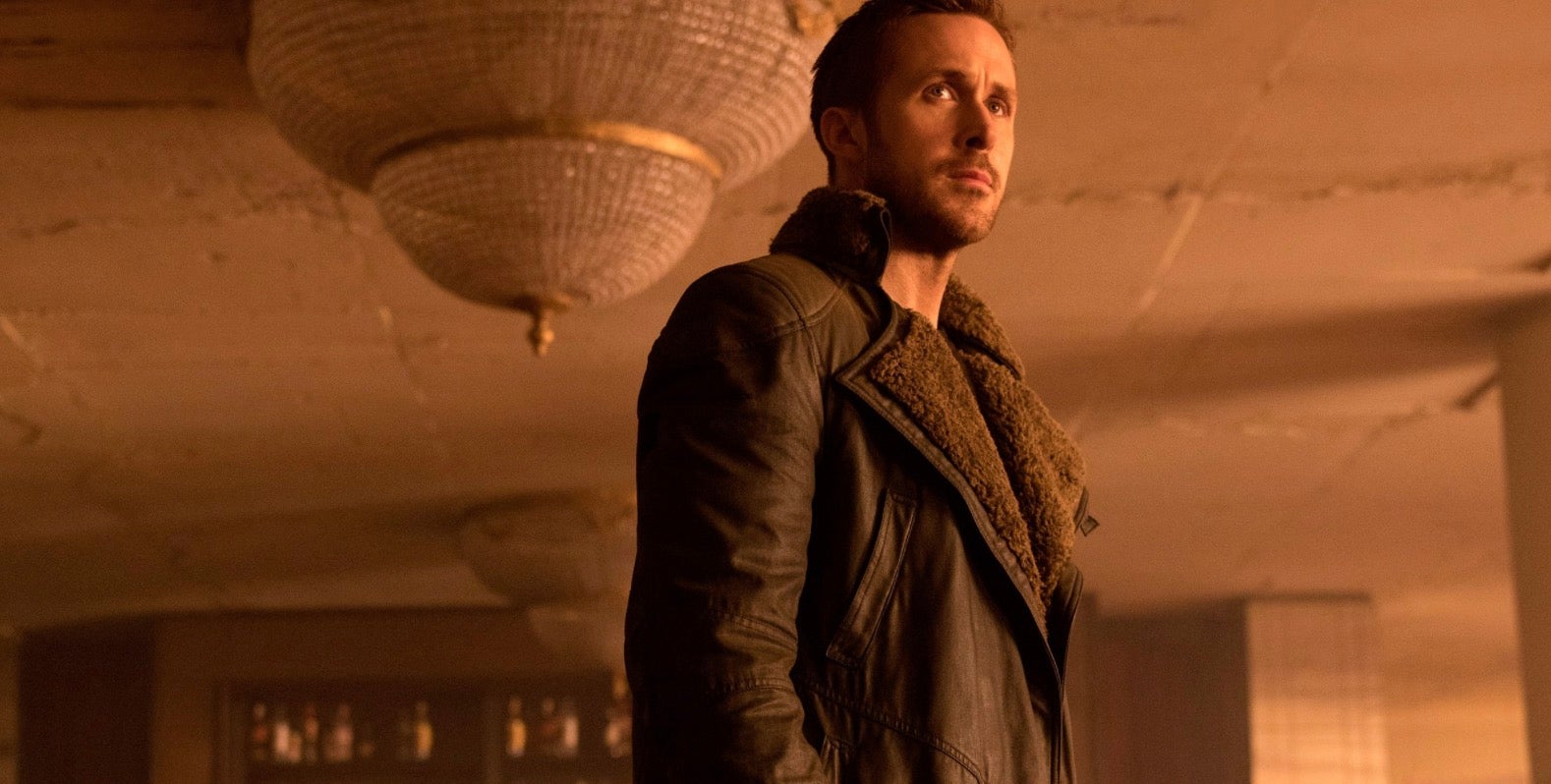 Hollywood simply doesn’t make science fiction movies like Blade Runner 2049 anymore — movies that are epic in scope, with major stars, huge budgets, and slow-burn, intricate, weird stories. Blade Runner 2049 somehow not only met the expectations of a follow-up to its iconic predecessor, but it expanded and built on the mythology in surprising and satisfying ways. Harrison Ford’s Deckard was back, but only in service of Ryan Gosling’s K, a replicant cop who’s drawn into a high-stakes case. Plus, story aside, there was not a more beautiful piece of filmmaking all year. Every frame of Blade Runner 2049 is a work of art. 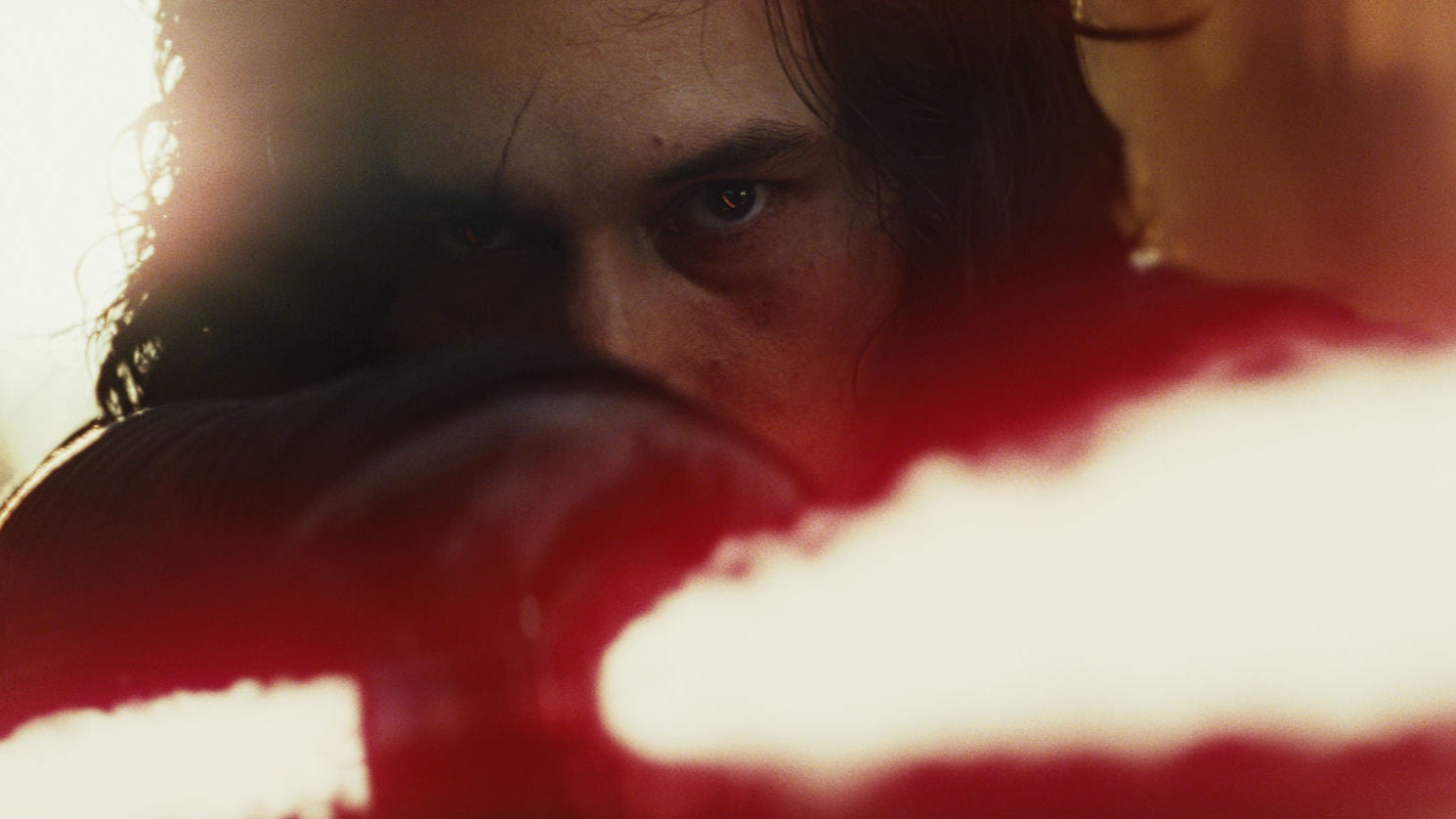 This one is still relatively fresh in our minds, so we figured right here in the middle was a safe place to put it, in case our feelings about the film settle down a bit over time. Still, there’s no doubt The Last Jedi is one of the best genre films of the year. It shatters the expectations of what a Star Wars movie can be and it does so in ways that not only improve The Force Awakens, but also set a tone and high bar for the franchise as whole. It takes bold risks, makes crazy decisions, and has some of the most jaw-dropping visuals of the year. It’s unlike any Star Wars film we’ve ever seen before – and that’s a good thing. 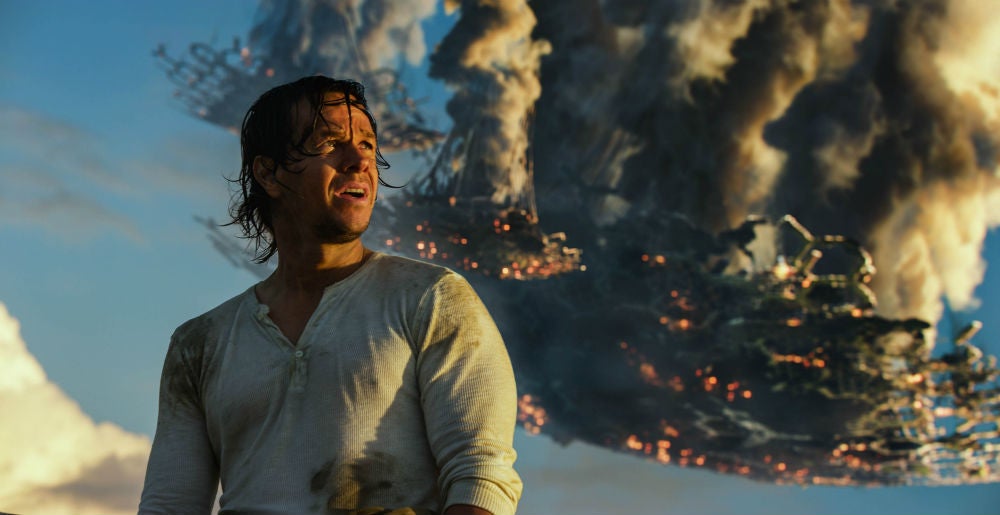 Trying to describe the story, motivation, or basically anything in Transformers: The Last Knight is an exercise in futility. The movie is jam-packed with plot, little of which makes sense or links together logically. And yes, of course, this is a movie about aliens that transform into trucks, but that doesn’t mean it should be so long, boring, or nonsensical. And this was supposed to be the Transformers movie that restarted the franchise, not put a stake in its heart. More Transformers movie will come, but we doubt many will be as bad.

Maybe before casting and announcing a massive, multi-film franchise, make sure the initial entry is good… if not great? Unfortunately for the Universal’s Dark Universe, The Mummy is neither of those things. It’s a generic action movie that feels tangential to the Universal Monsters property it’s based on, filled with links to a world moviegoers will most likely never see. Somehow it totally misunderstands what makes a good monster movie, and is still just an average action movie, too. A huge disappointment.

If movies were judged on how many scenes they have featuring people looking at computers, Geostorm would have been a massive success. Instead, it’s the opposite, a flat take on a global disaster storyline with performances and drama that barely qualify as such. The effects are disappointing, the action lacklustre. How a movie that features Gerard Butler saving the world from space could be so underwhelming is beyond us.

The first Flatliners is basically an okay movie. So to remake it with better visual effects, but very few other innovations, was an odd choice. The premise – a group of doctors explore death by killing, then reviving, each other — still sounds great on paper. It’s just that in execution, Flatliners is less about exploring death and more about being a weak-sauce horror movie.

The Dark Tower had a great cast, and it certainly didn’t lack ambition; since seven movies based on seven books in the Stephen King series was probably never going to happen, this single film tried a new approach to the material. Unfortunately, the approach taken undercuts much of what made the books so beloved, and completely fails to entertain in the process. It’s a flailing corpse of a movie that was DOA long before it made it to theatres.