#SeinfeldTaughtMe: What We Learned From The Show About Nothing 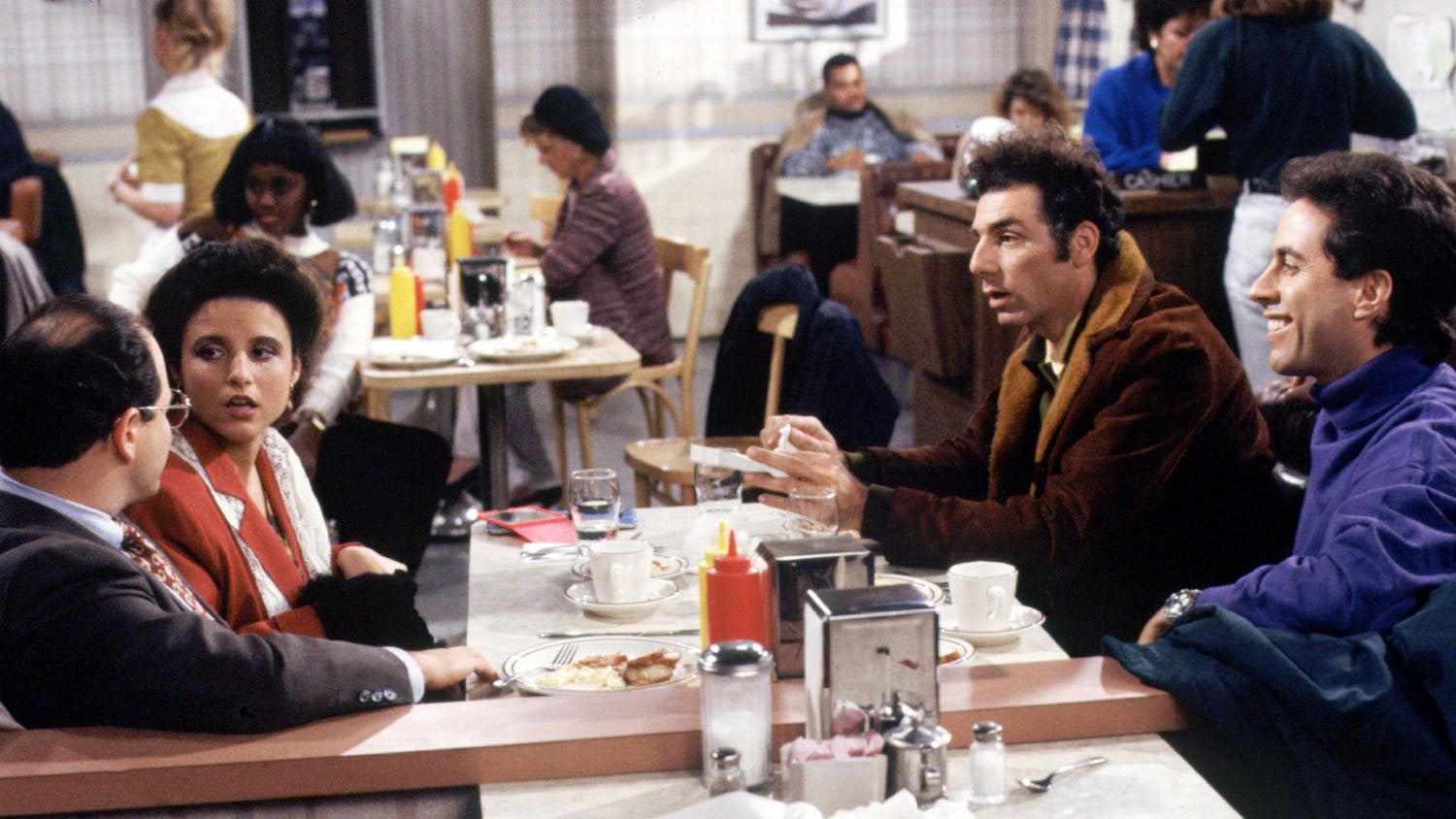 The hashtag #SeinfeldTaughtMe, trending this morning on Twitter, shows that the seminal NBC sitcom Seinfeld is a surprisingly good source of life hacks, or at least life advice and stupid human tricks. Here are some of the most useful lessons.

As a "show about nothing", Seinfeld was really about all the things that make up daily life.

#SeinfeldTaughtMe to always check for toilet paper first, because some people can't spare a square pic.twitter.com/k3wAmwJmck

Its characters dared to violate the norms. They played out heightened versions of the little tricks we all try.

#SeinfeldTaughtMe it's not a lie if you believe it pic.twitter.com/U6gXbN61LT

These tricks were social, mental and physical.

#SeinfeldTaughtMe how to drink and smoke at the same time pic.twitter.com/6I9WDEiiAb

Sometimes this aberrant behaviour worked, but sometimes the cons outweighed the pros.

#SeinfeldTaughtMe not to eat anything from the trash can. pic.twitter.com/cSd2G2kdJr

In punishing characters for their wrongs, the world of Seinfeld was more just and fair than the real one.

#SeinfeldTaughtMe that you can't return a book after you've read it in a restroom. pic.twitter.com/zwuVUCWr4T

The show even commented on that difference between the usual glamorised world of fiction, vs. the mundanity of Seinfeld's "reality".

Sometimes the characters pulled insane gambits that no one would ever try in real life - no one except Seinfeld co-creator Larry David.

#seinfeldtaughtme You can quit your job and go back in on Monday and act like it never happened. pic.twitter.com/PCANiT4TaI

Most importantly, Seinfeld reminded us that what makes us interesting isn't our strengths but our weaknesses. It even presented a model of friendship based on celebrating those weaknesses, counter to the aspirational "BFFs who would die for each other" relationships of other shows.

I lied, the most important lesson is that anything can be a napkin if you don't give a damn.

#SeinfeldTaughtMe - It's ok to have a little snack before bedtime... pic.twitter.com/zxXgzOpHcI