Revealed: The Fastest ISPs In Each Australian City

Internet performance firm Ookla has released its broadband speed statistics for Australia, revealing which retailers provide the fastest internet in each city. 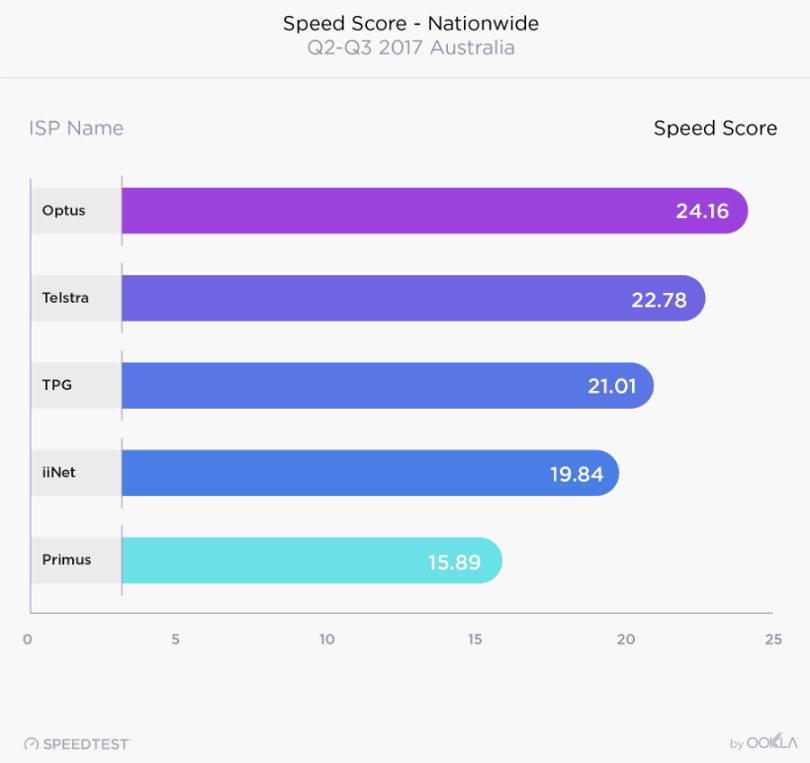 Overall, Australia had a fixed-line broadband average speed of 24.12Mbps for download for the second and third quarters, which is actually 6.3% faster than reported for the US over the first and second quarters. Uploads in Australia averaged 8.48Mbps.

Nationally Optus came out on top by Ookla’s “speed score” rankings, which is a metric that combines both download and upload speeds and only considers retailers that have 3% or more sample size among its tests. Telstra came second, with TPG not far behind in third.

“Despite efforts by the Australian government, fixed broadband speeds in the country are not fast,” stated Ookla in its report.

“It will be interesting to see if the rapid onboarding of homes to the National Broadband Network and the 2018 addition of G.fast technology to the NBN mix will markedly improve performance or whether consumers and ISPs will opt for the slower tiers of service.”

Broken down by city, newcomer MyRepublic, which only came over from Singapore into the Australian market a year ago, is the top performer in the major conurbation of Sydney, Wollongong and Newcastle.

Melbourne’s best performing internet retailer is Spirit Telecom, which is providing fibre in that city as a rival to the NBN and made headlines in February for connecting Eureka Tower to 200Mbps services.

Optus showed strength in south-east Queensland and iiNet did well in smaller cities.

And despite MyRepublic’s campaign to build Wollongong into Australia’s first “gigatown”, Geelong in regional Victoria has the fastest broadband in Australia — with a stunning average of 67.05Mbps download, which is in the range of the highest commonly available NBN speed tier.

Here is the full table of the best-performing broadband providers in each city: 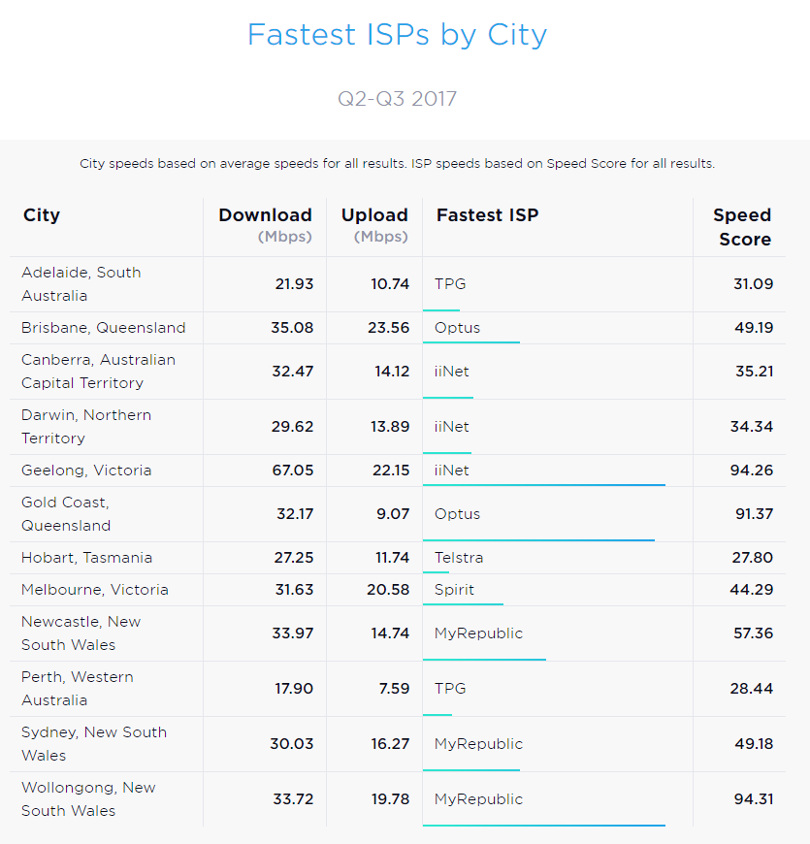